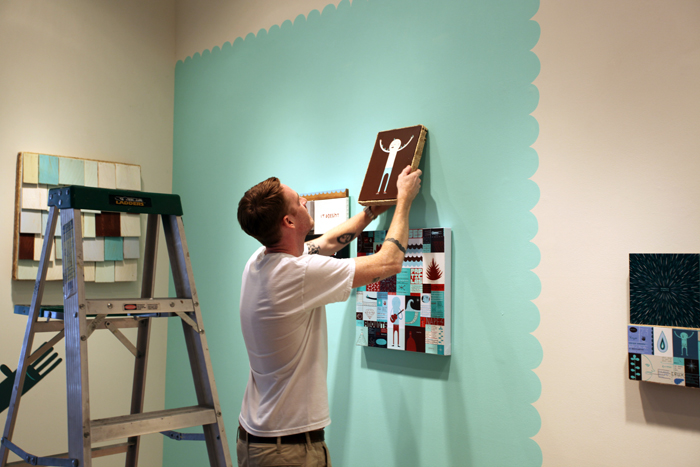 Philadelphia based artist Jim Houser is opening up a solo show Saturday night, July 10th, at the gallery that OBEY built – Subliminal Projects. As you can see, Houser is already hard at work setting up multiple installations throughout different rooms in the Echo Park space. Expect the new body of work entitled “The Homeboy” to include paintings of the usual whimsical characters, patchworks of symbolism & poetic code words, and mixed media works.  Also, for the first time, Houser will be releasing his soundtrack as a recording, with a limited-edition vinyl record available for purchase.