The Northern Cali-based ABOVE (interviewed) continued his many travels with a recent trip to South Africa. On arrival, the street muralist turned his attention to an issue that he felt strongly about – blood diamonds – and went about figuring what the best way to get his message across was. He ended up convincing the traders at Johannesburg’s largest diamond exporter Jewel City to allow him paint their exterior wall with the slogan “Diamonds Are A Woman’s Best Friend.” What they didn’t realize was that he was also going to add “…And A Man’s Worst Enemy.” 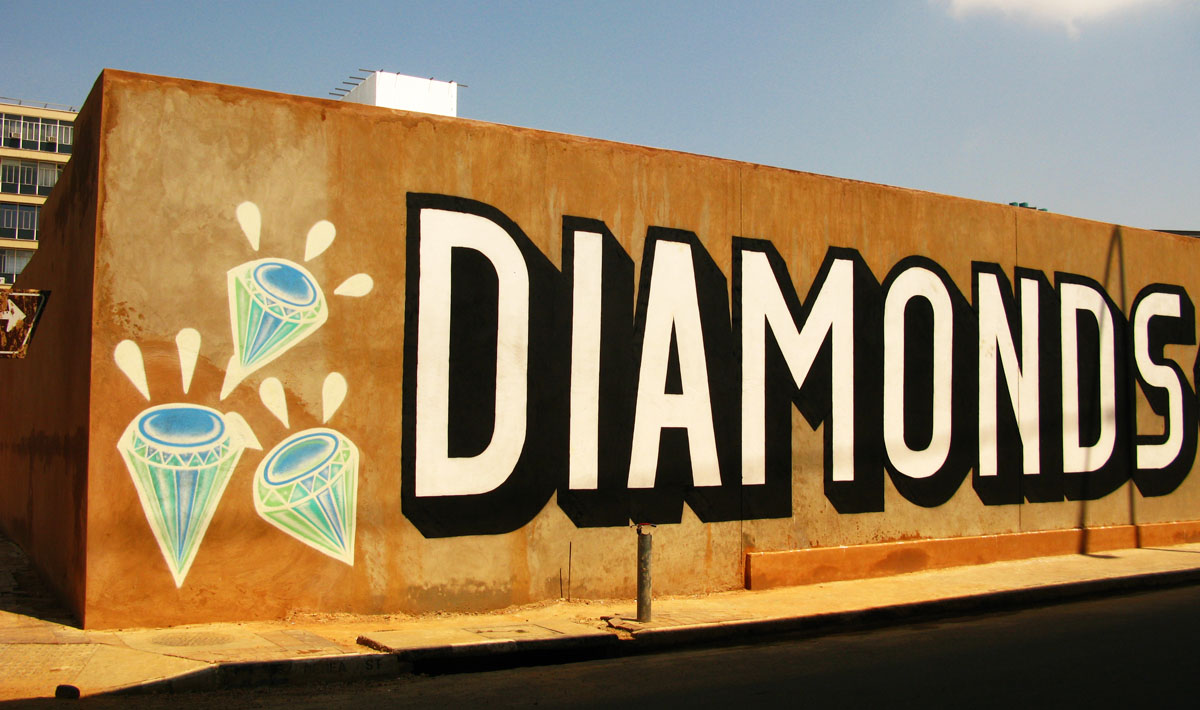 Africa has had a devastating history of blood diamond wars. Blood diamond refers to a diamond mined in a war zone and then sold to finance an invading army’s war efforts, usually in Africa where more than two-thirds of the worlds diamonds are extracted. This site specific social / political word play was painted on the exterior wall of Johannesburg’s largest diamond trader Jewel City.  Jewel City is a six-block mega-precinct that serves as a base for some 300 diamond traders as well as South Africa’s Diamond Board and State Traders Association. Jewel City is the largest diamond exporter in the southern hemisphere with over R7-Billion worth of Diamonds being exported every year.

I was able to get away with this diamond wall heist because I told the owners I would paint in big letters “Diamonds are a woman’s best friend” on the exterior of their building.  The owners loved the idea and all quickly agreed. The next day I had started painting but what the owners didn’t know is that I lied to them and was hijacking their wall. Like any premeditated robbery, situations are not what they seem and shit can flip from best friends to worst enemies in a few moments.

I assume the owners were too busy trading diamonds inside the mega centre they never took the time to come out and see I was painting a controversial word play about the diamond trade and how it’s fueled so much bloodshed in wars making it one of man’s worst enemies. 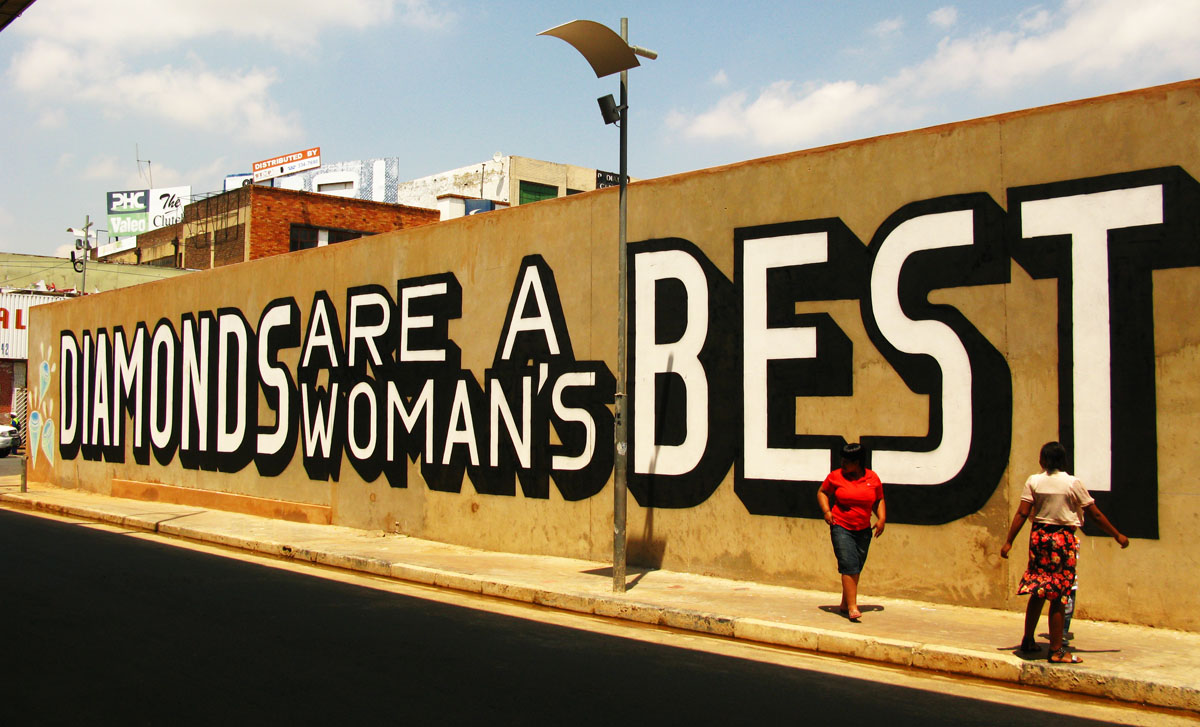 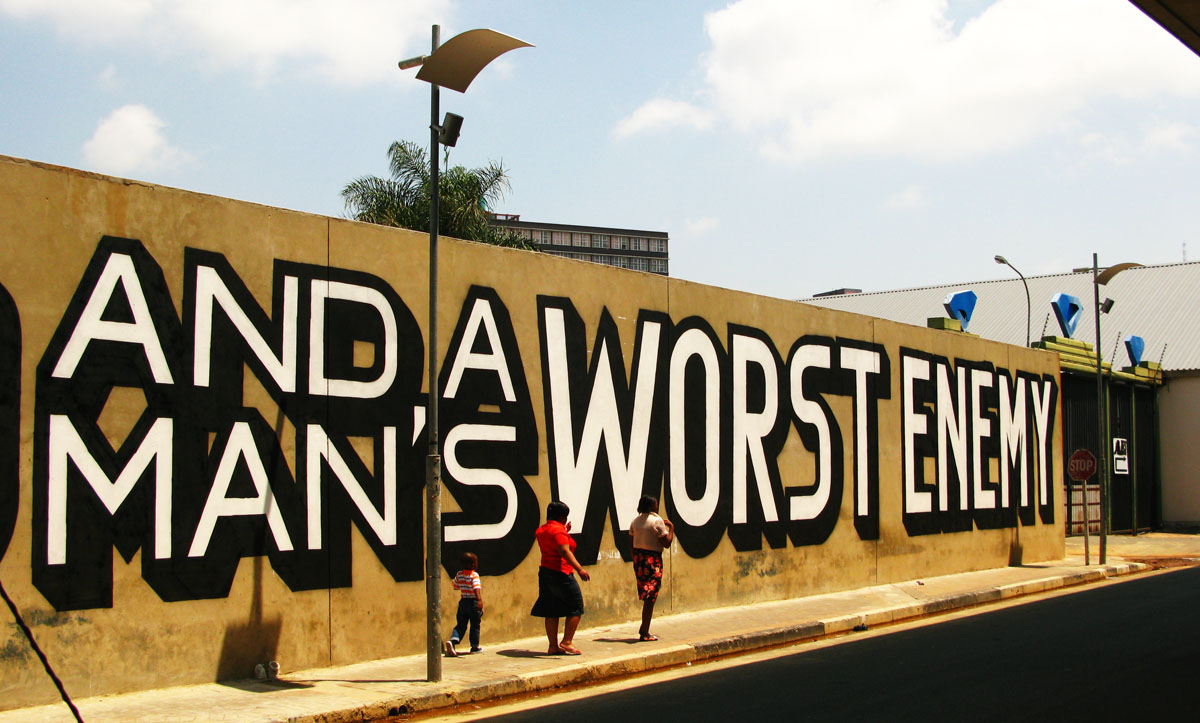