Last week, Subliminal Projects was fortunate enough to host an exhibition by British artist Stanley Donwood. Known as the key force in shaping Radiohead’s album covers for more than a decade, Donwood brought a series of works depicting the city of Los Angeles in a world of chaos and cataclysm for this showing. Featuring landmarks such as the Hollywood sign, the downtown area and streets heavily disrupted by natural disaster, the works show a city that’s too reliant on corporations and on advertisements. This theme of commercialism and advertisement is one which Donwood has applied in previous works, more specifically Radiohead’s album cover featured on Hail To The Thief, but it was interesting to see him portray the city of LA from his point of view.

One of the key artworks on display was an 18-foot long piece printed on Japanese Kozo paper. Other highlights included Donwood’s use of golden and silver leaf as well as the famous Radiohead icon which was actually finished  in black diamond dust. This exhibition is definitely worth visiting for any fans of his previous work and also for those who may not be too familiar with his art until now. 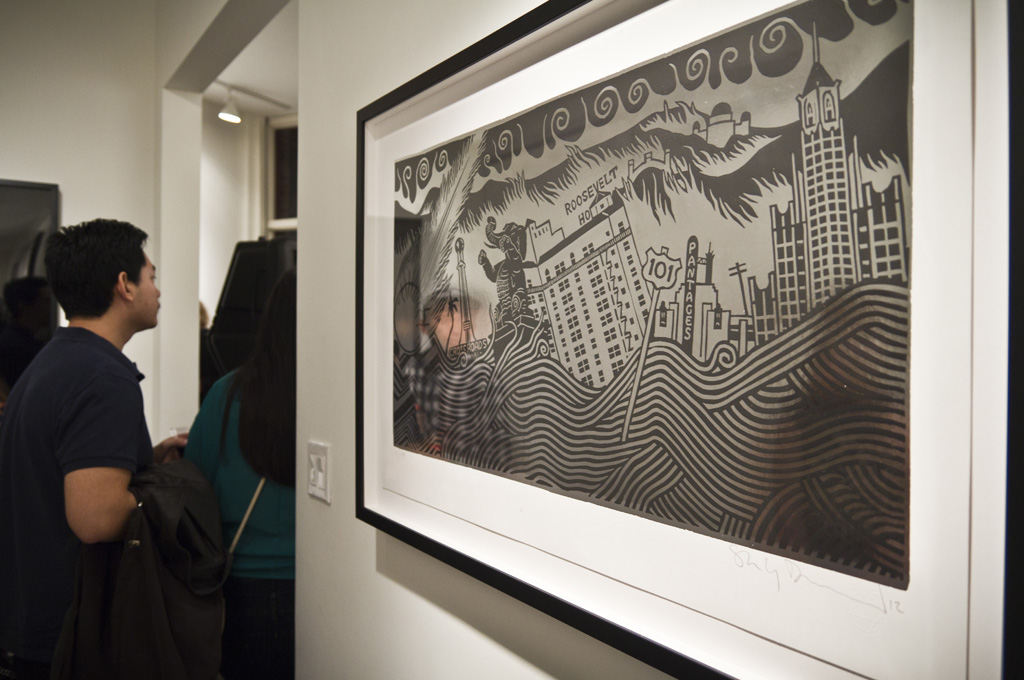 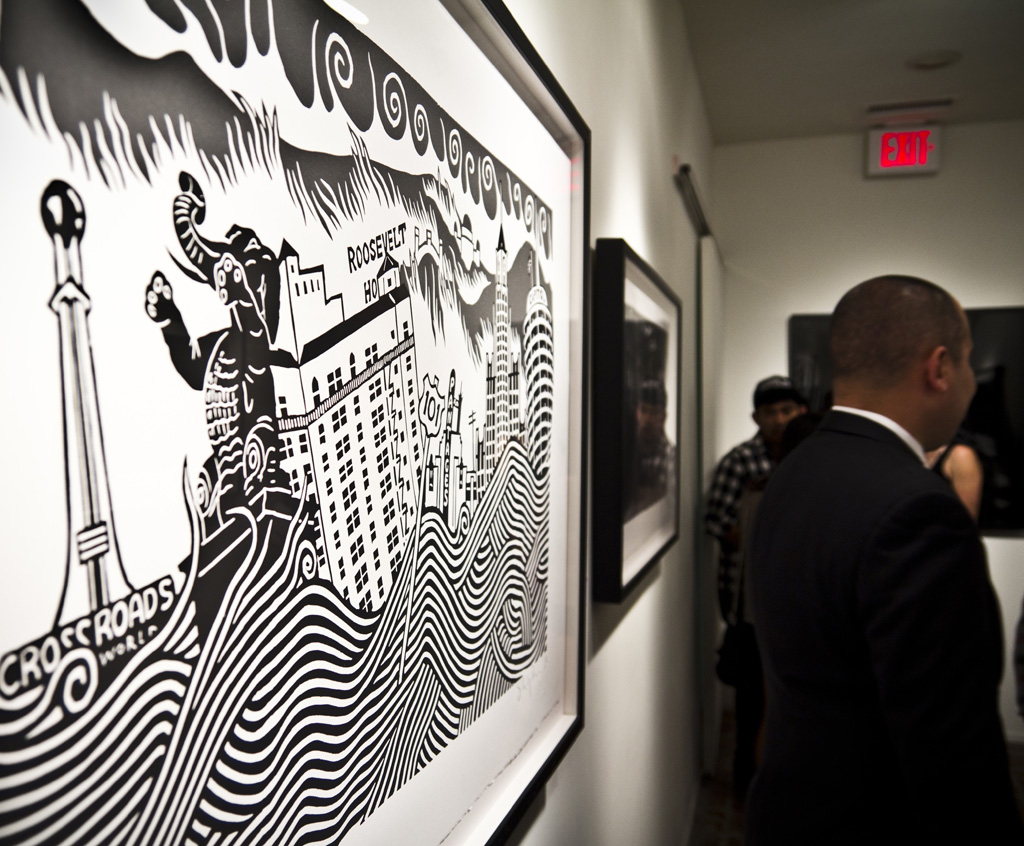 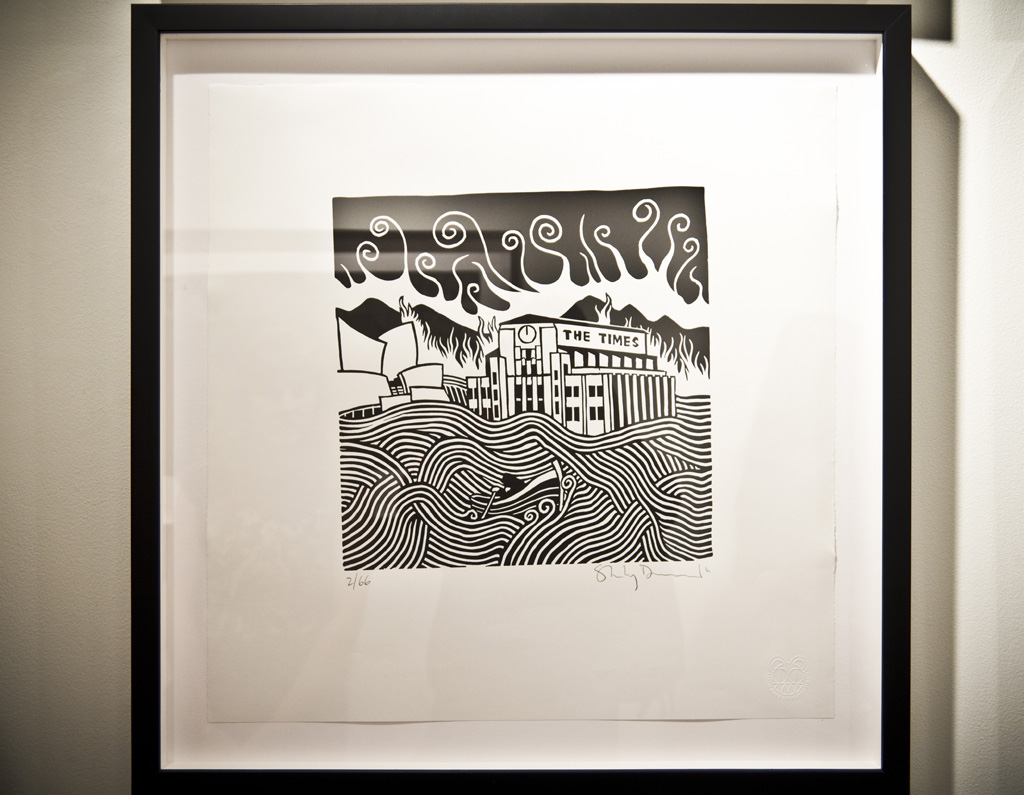 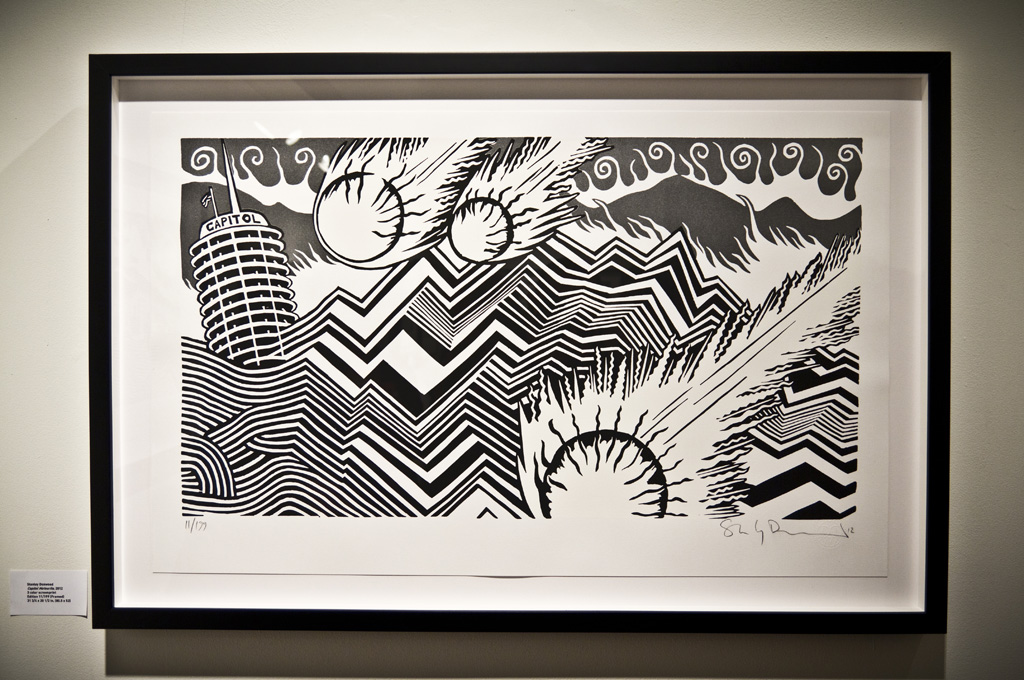 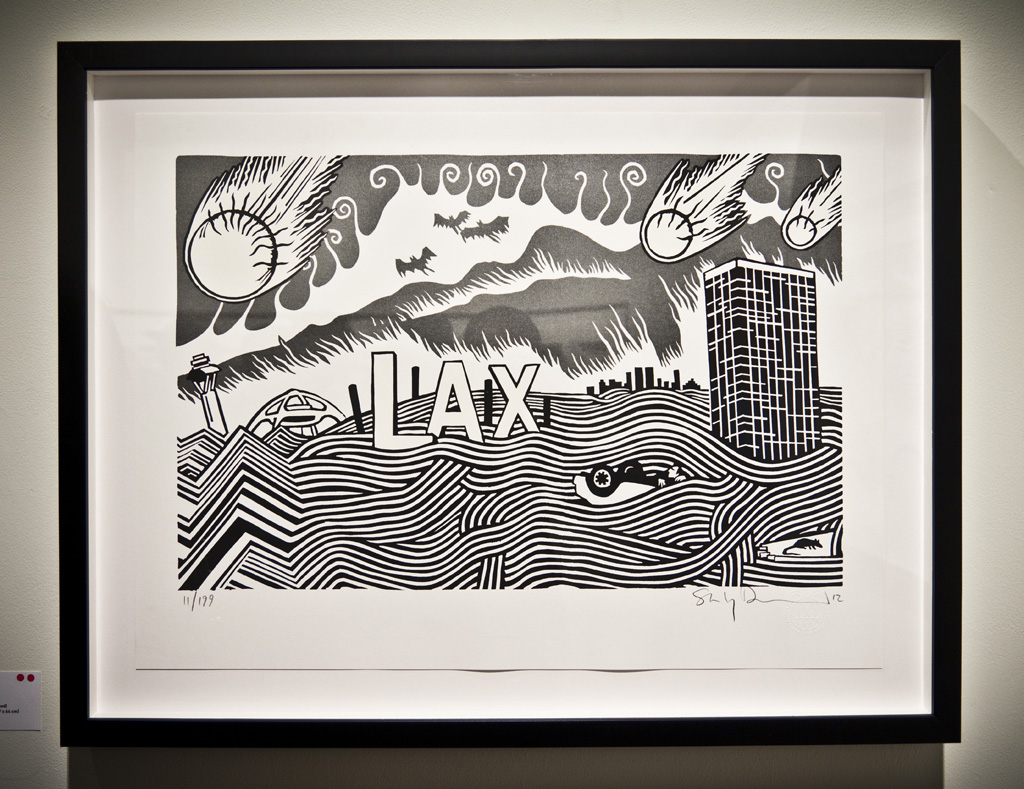 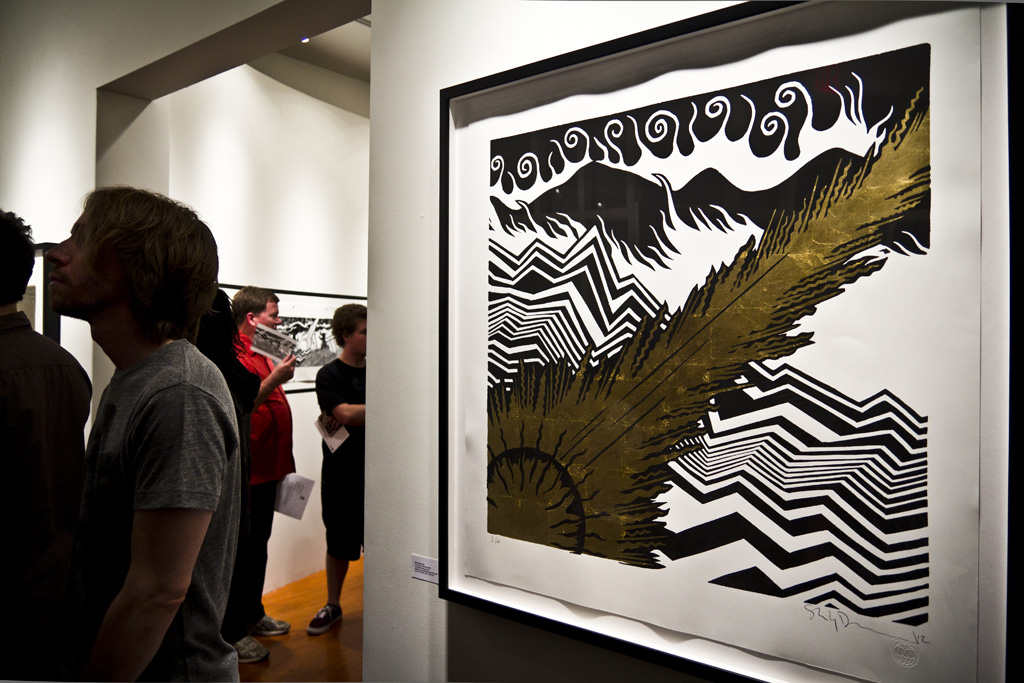 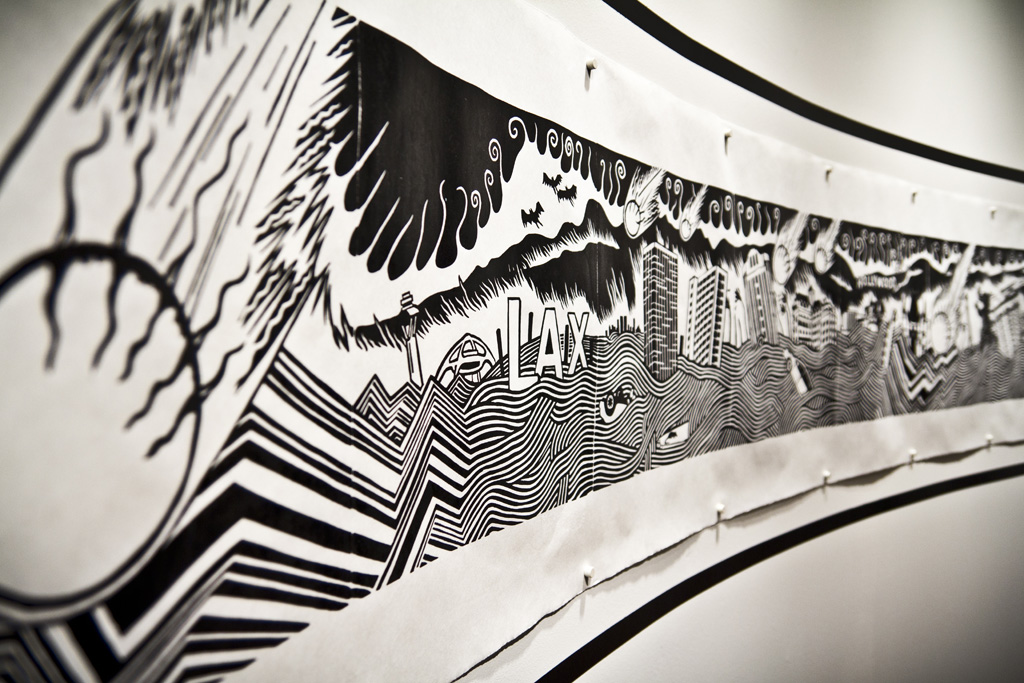 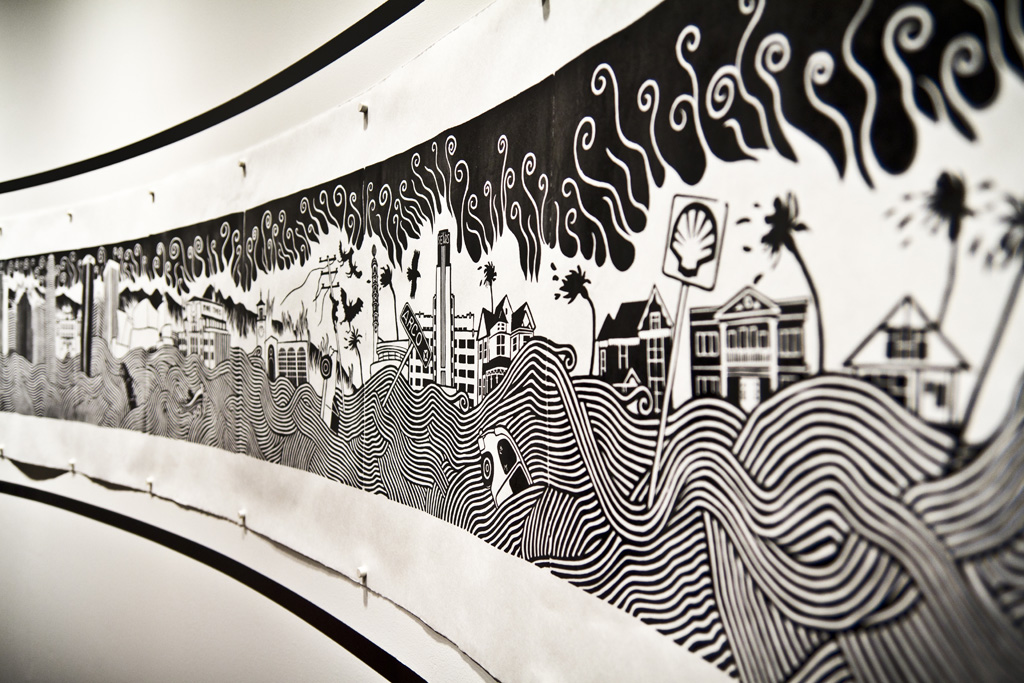