Tomorrow, June 9th (from 1-4 PM), Luke Chueh (interviewed) will be at the Gallery 1988 (Melrose location) signing his new book Bearing The Unbearable. Covering work from 2003-2009, the monograph is the first major publication from the LA-based artist known for his dark and humorous imagery featuring his cartoon-like characters including his infamous bear. Take a look at some photos we took of an advance copy down as well as a the full signing schedule and details down below.

SATURDAY JUNE 9th, 2012 (1PM – 4PM)
GALLERY 1988 (MELROSE)
7021 Melrose Avenue, Los Angeles, 90038
For the first signing, Gallery 1988 have put together a show featuring the original sketches from these first seven years. This show will only be up for ONE WEEK. Also, the gallery will also be closed on Monday and Tuesday.
www.gallery1988.com

SATURDAY JUNE 16th, 2012 (6PM – 9PM)
NUCLEUS GALLERY (ALHAMBRA)
210 E. Main Street. Alhambra CA 91801
I simply had to represent in my own ‘hood, and Nucleus is the only gallery book store in the area that has been there to support likes of me and many other like minded artists. We’ll also releasing an exclusive print to compliment the book and the signing at this location.
www.gallerynucleus.com 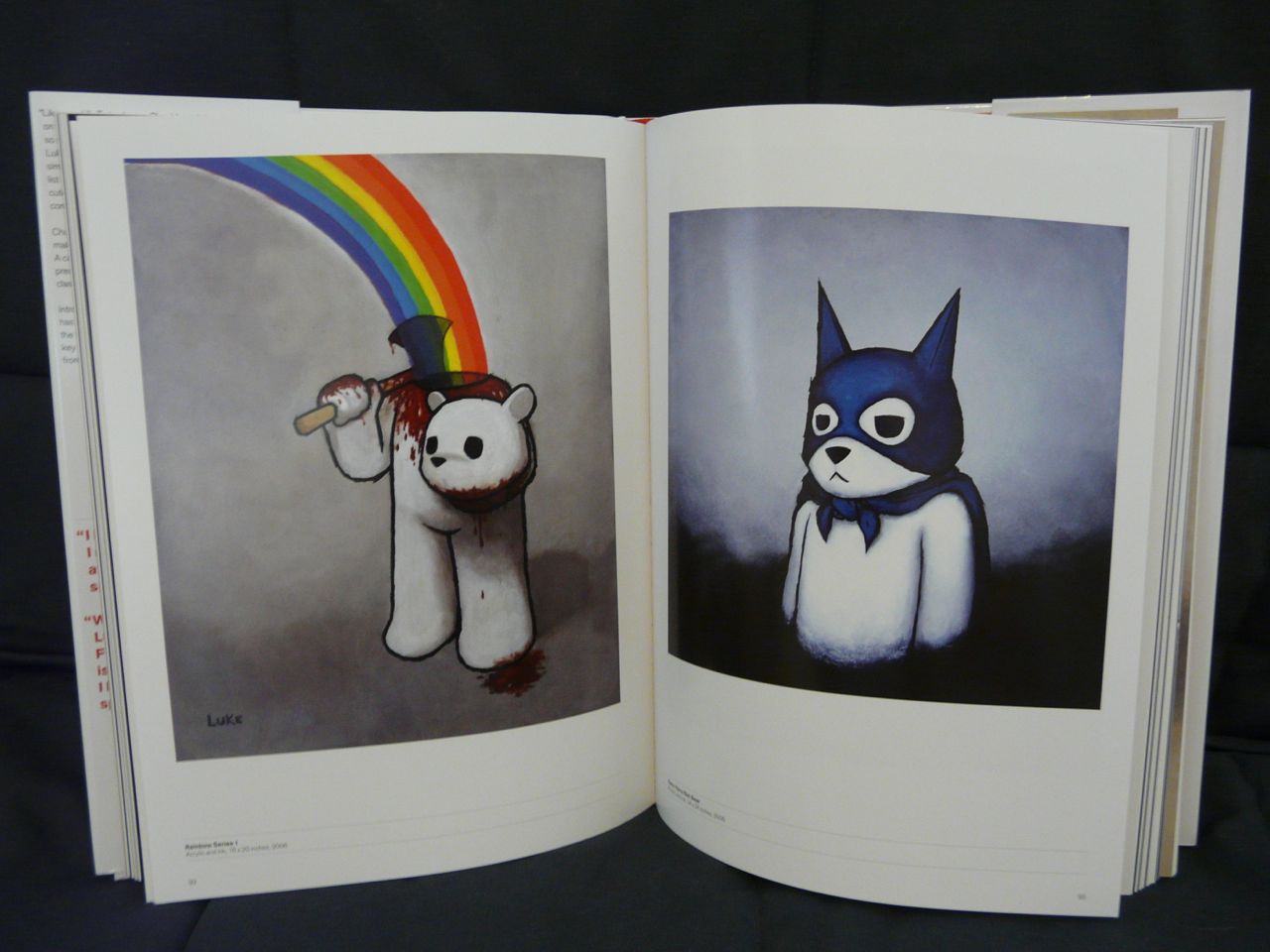 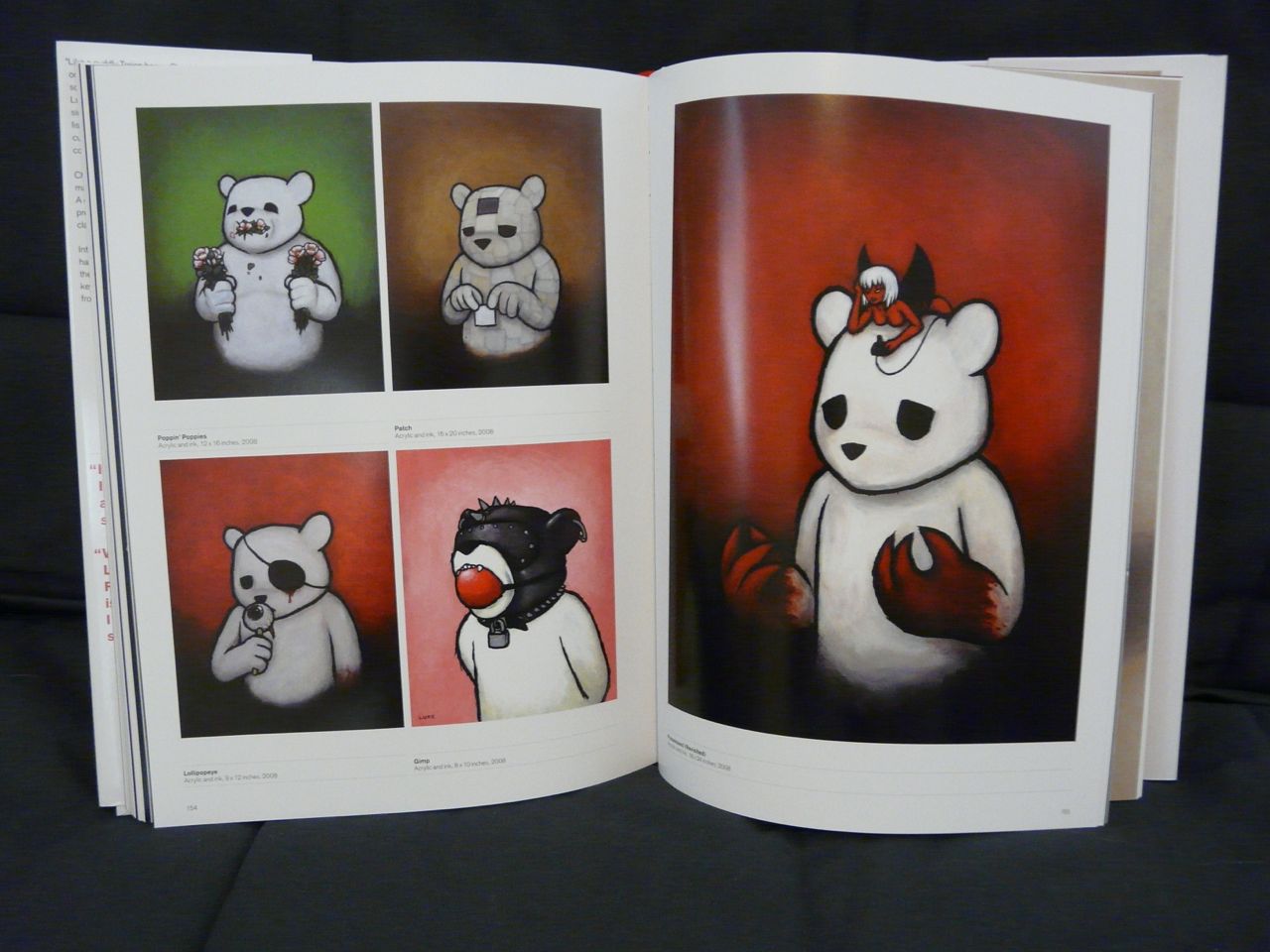 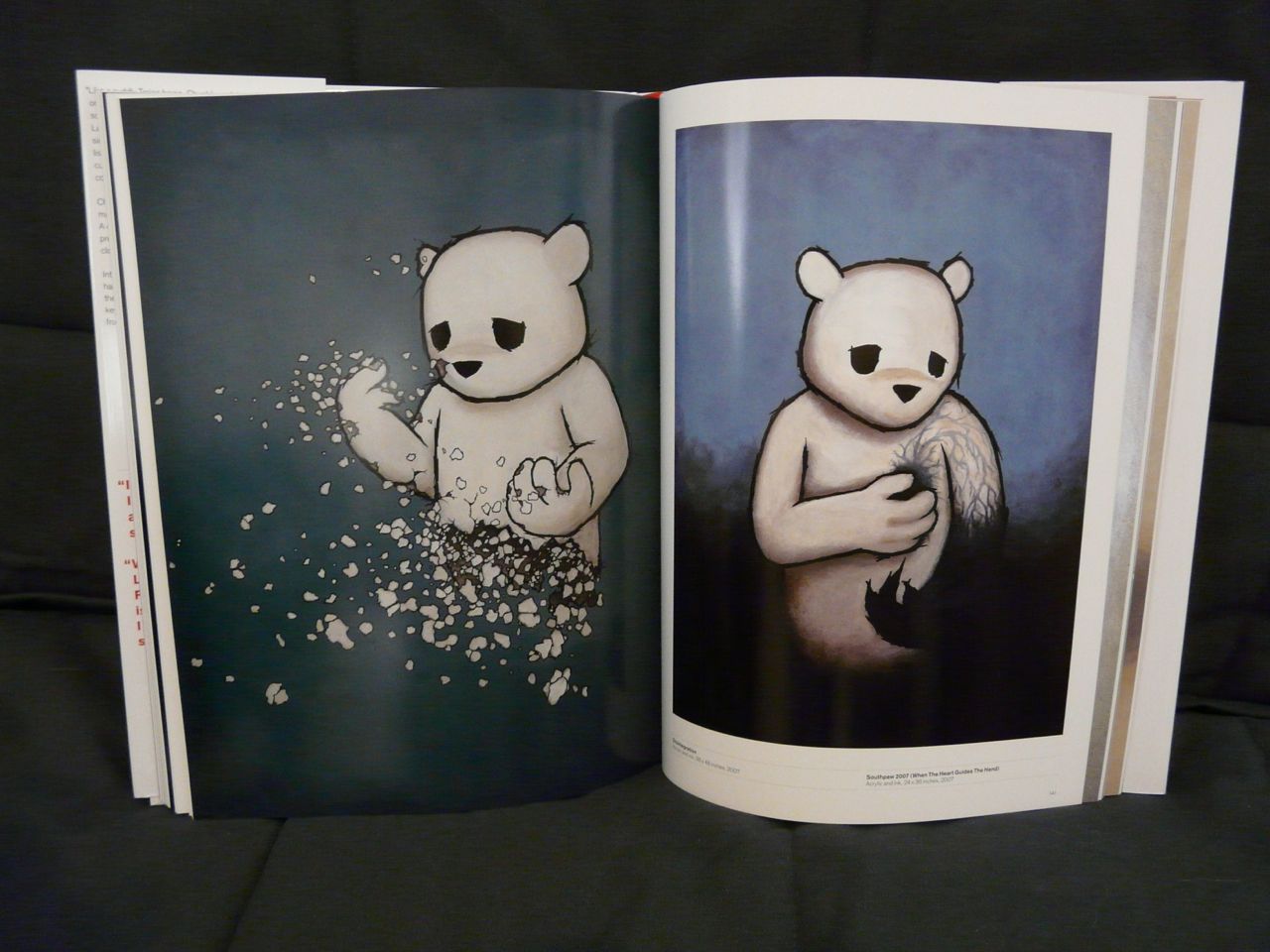 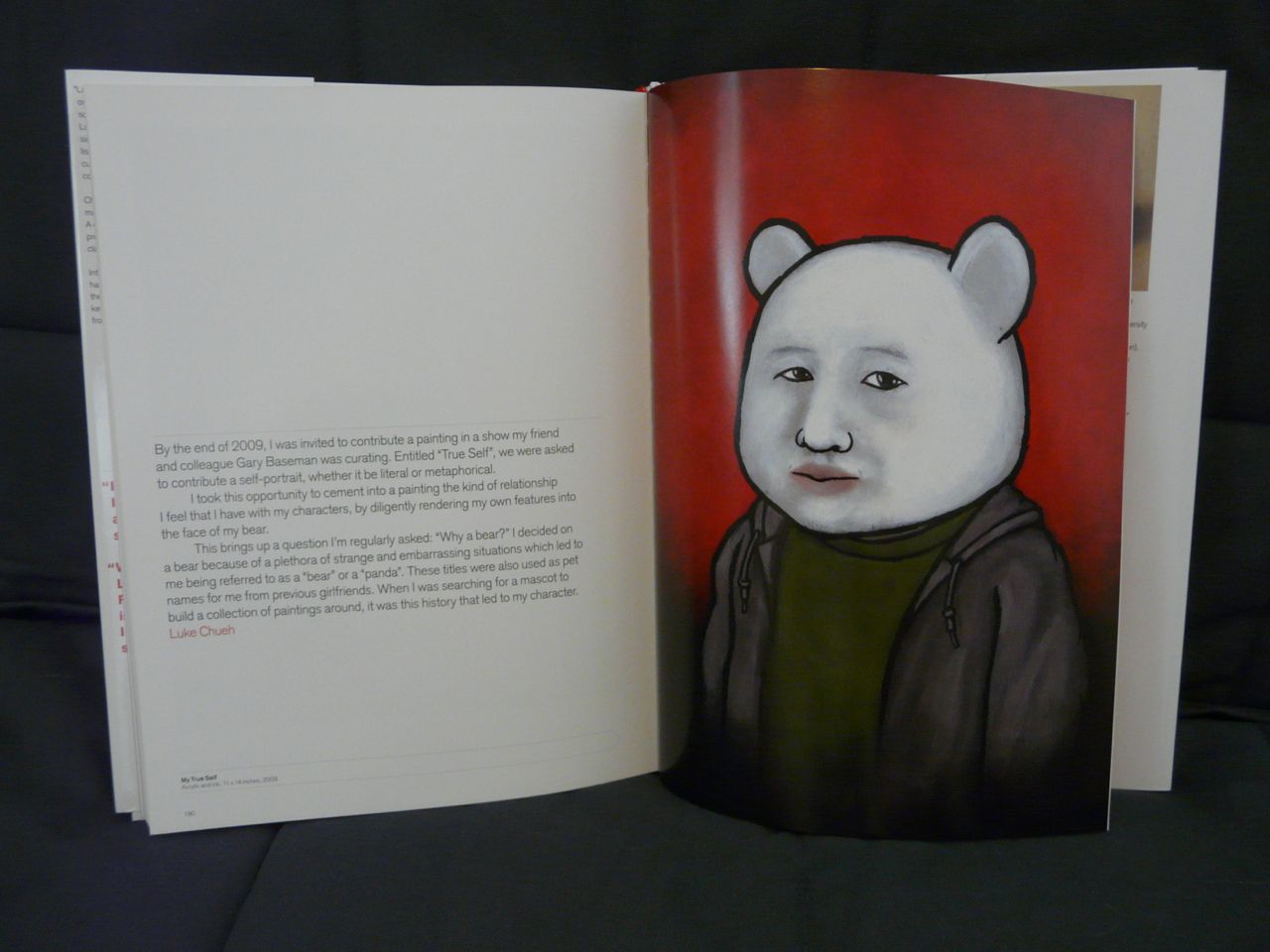 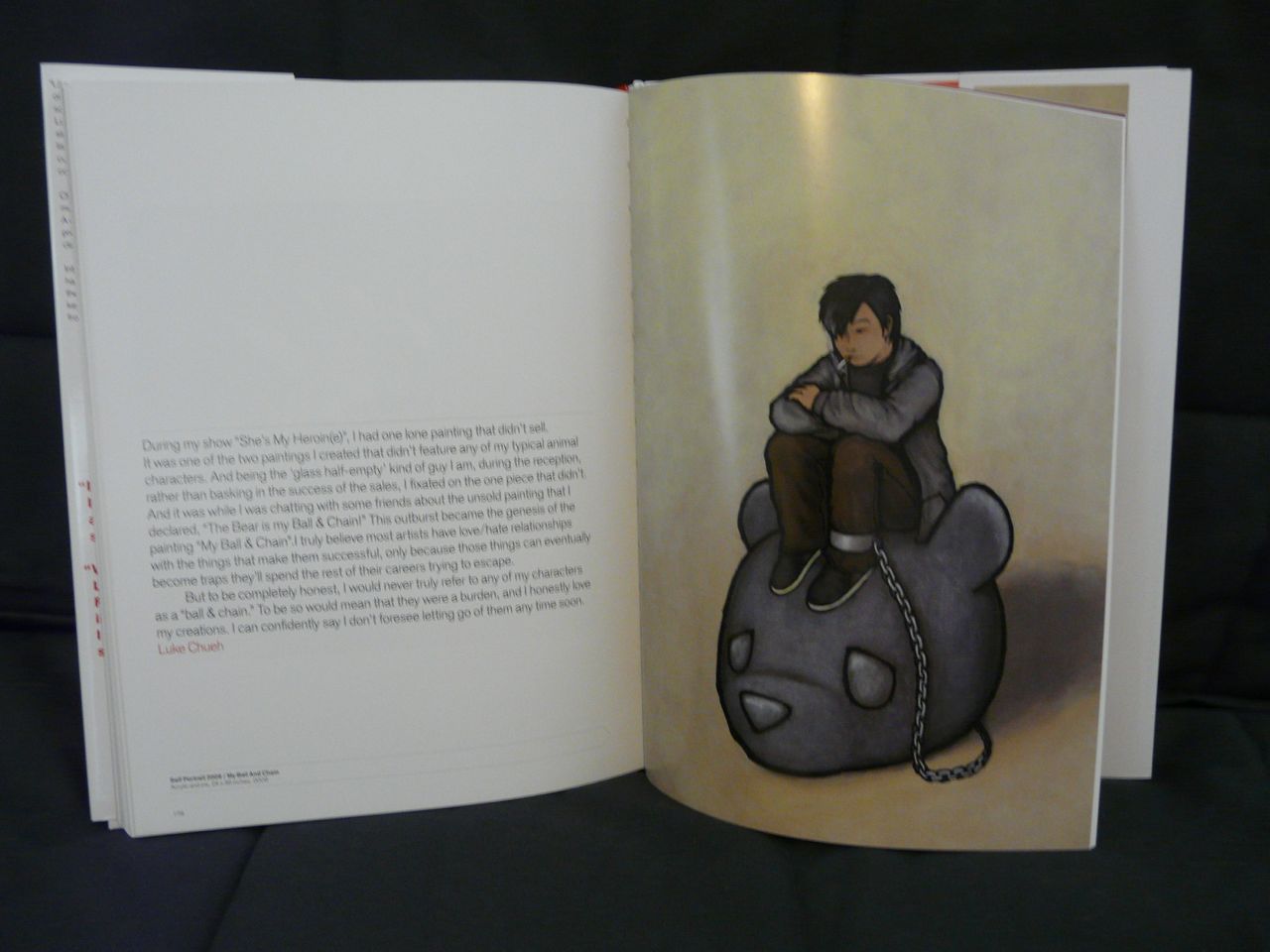 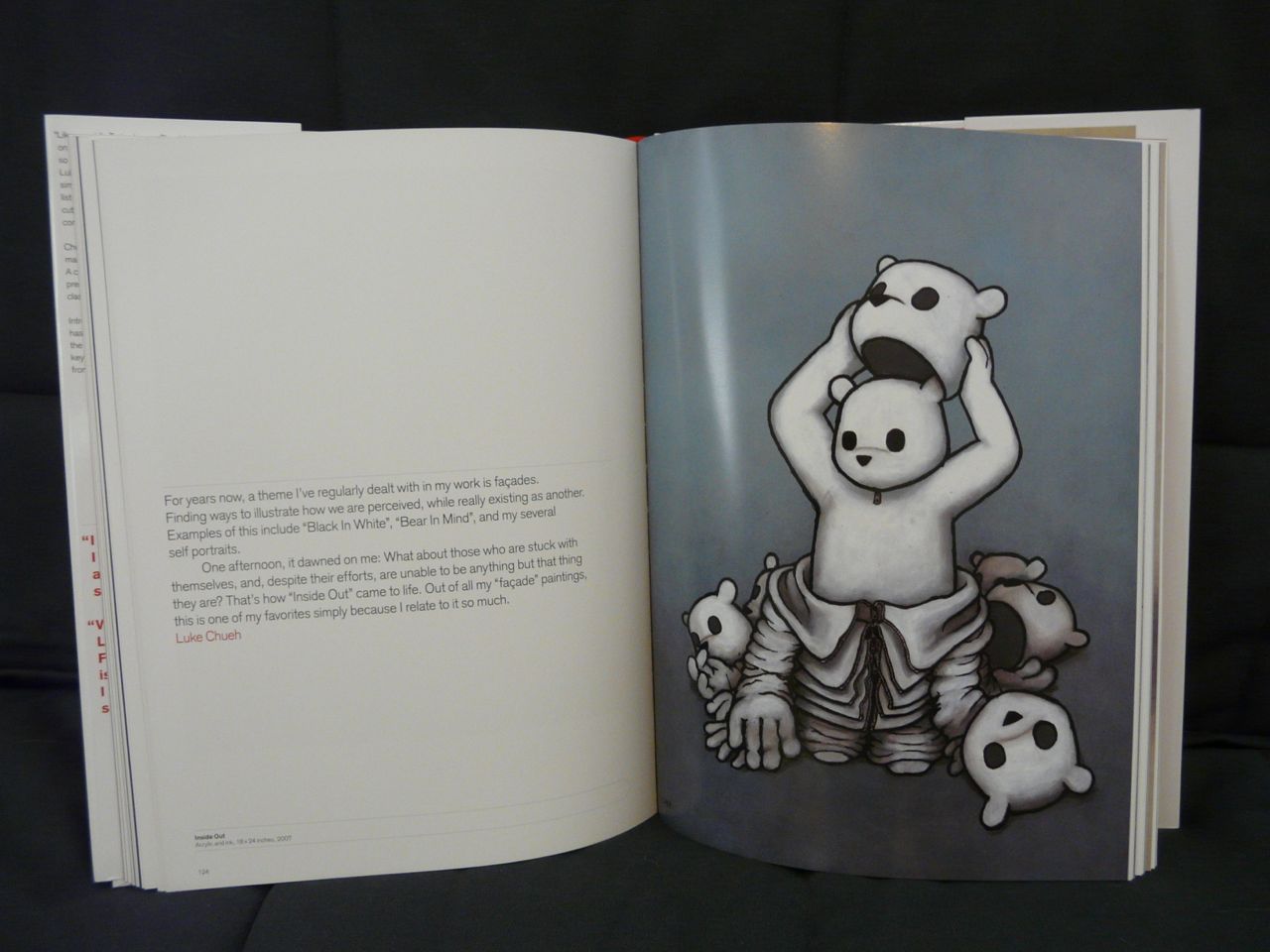 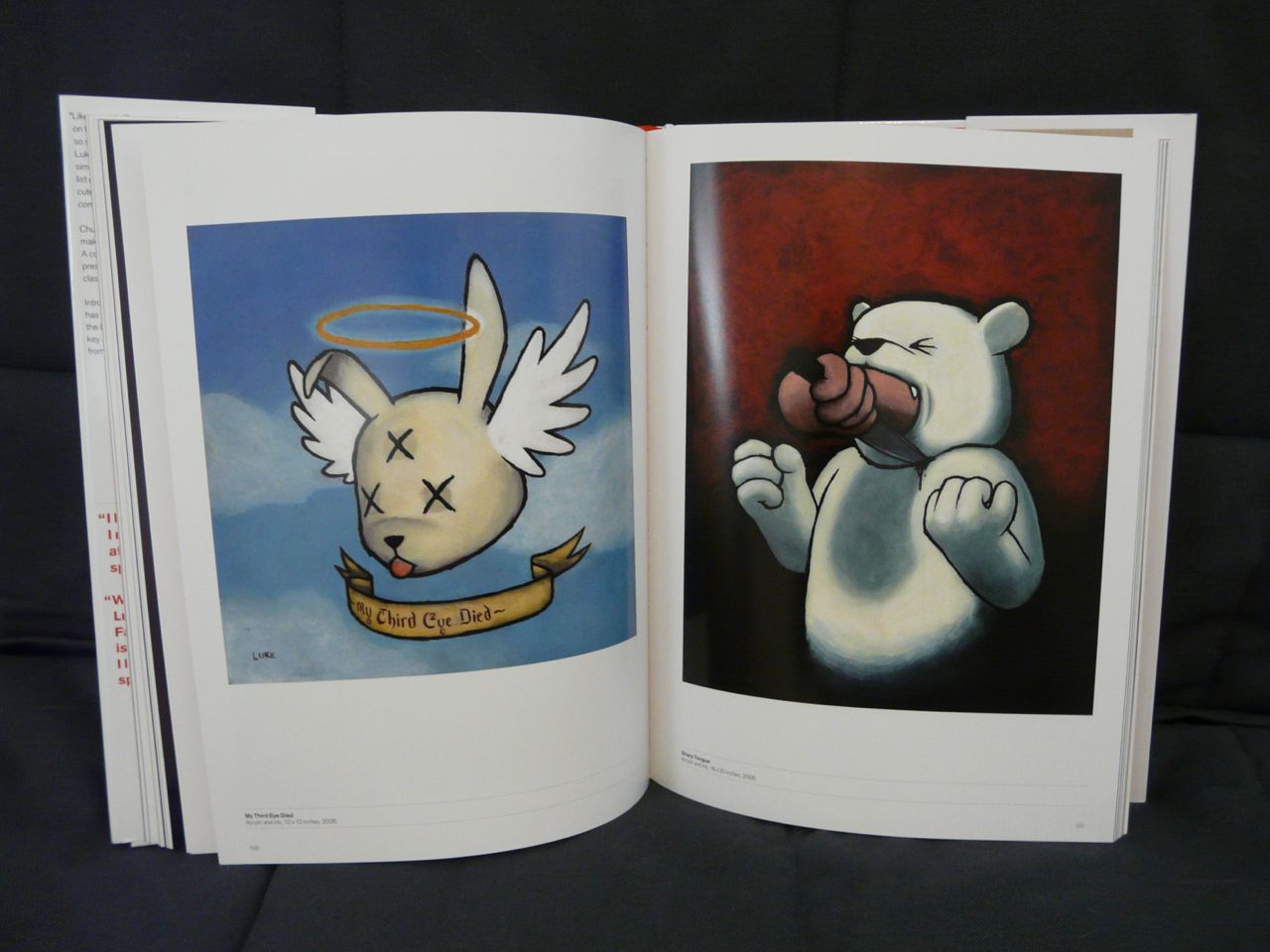