Yesterday, street photograffeur JR (featured) spent the day creating a fresh mural in Brooklyn. The large building located at 338 Berry St. was in a prime spot overlooking the Williamsburg bridge and its oncoming traffic. Utilizing his signature photography and large-scale wheatpasted handiwork, the French artist made sure to give everyone in the area something to look at. JR invited AM to shoot he and his team as they scaled the eight story building in a monstrous cherry picker (aka. Boom Lift). It took hours to get this giant eye up in the blazing sun, but it was all worth it as we jumped on the roof to spot JR placing the finishing touches on the mural and photo-document his work as he practically floated over the Williamsburg Bridge and its L train. 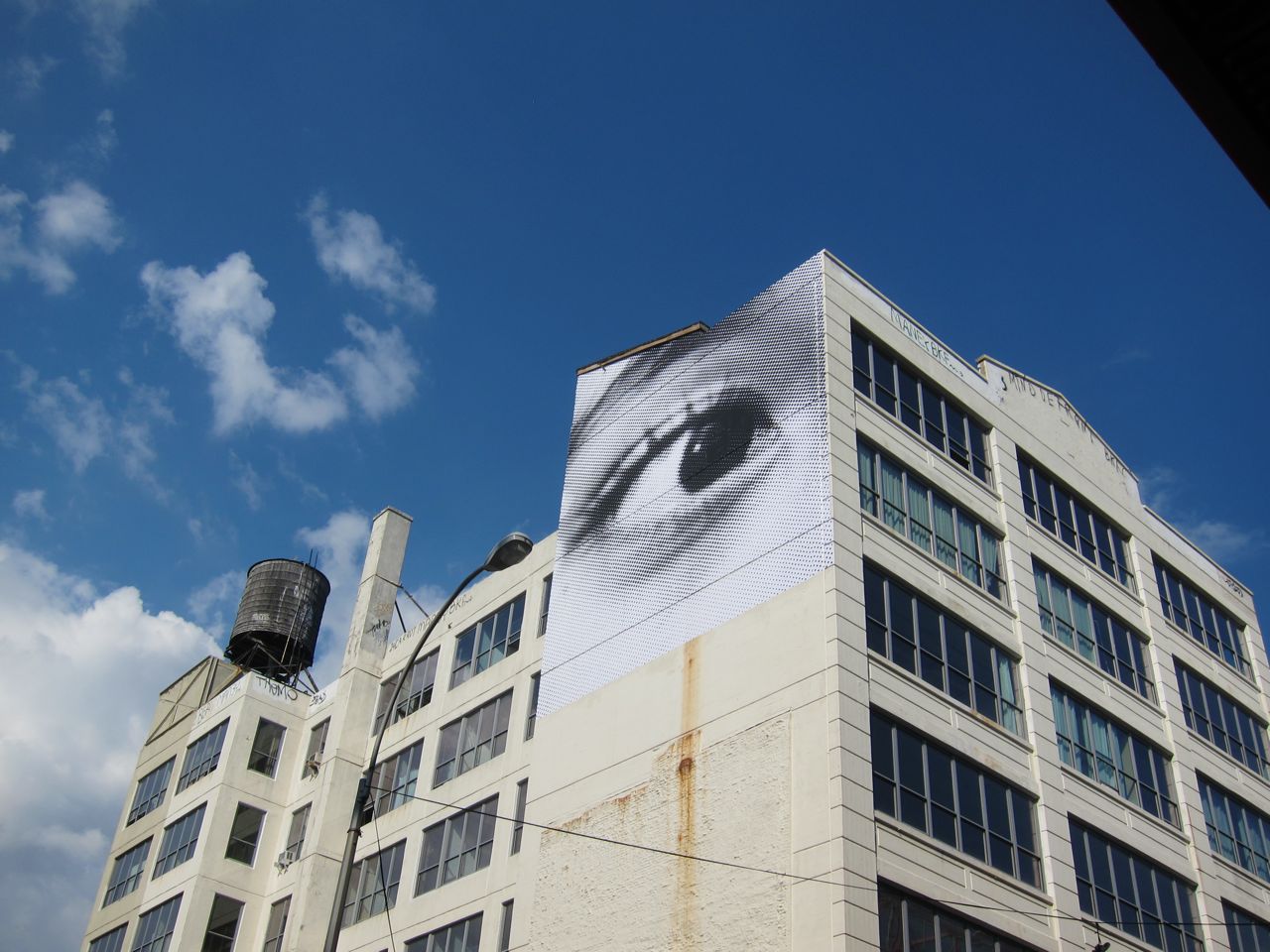 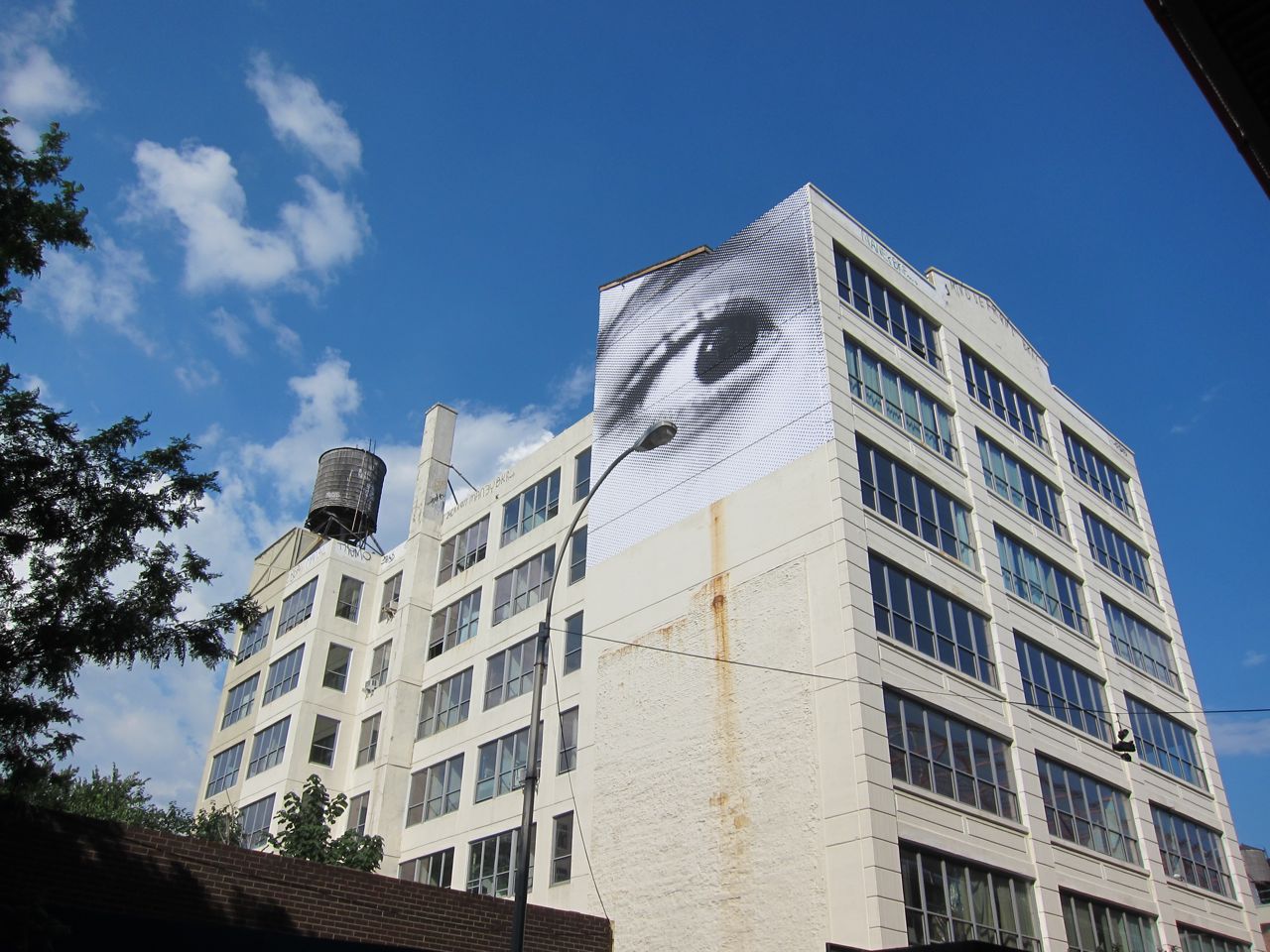 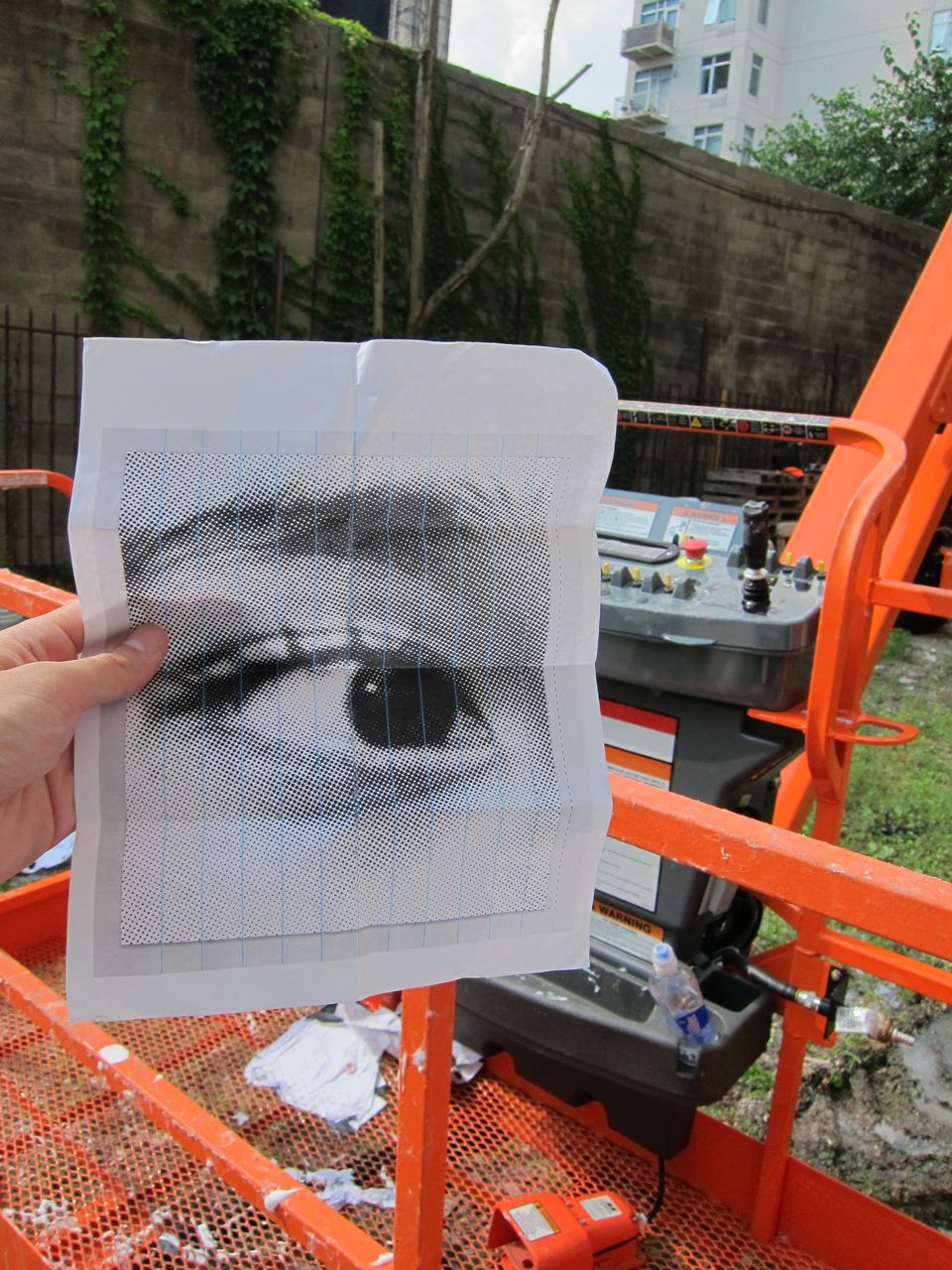 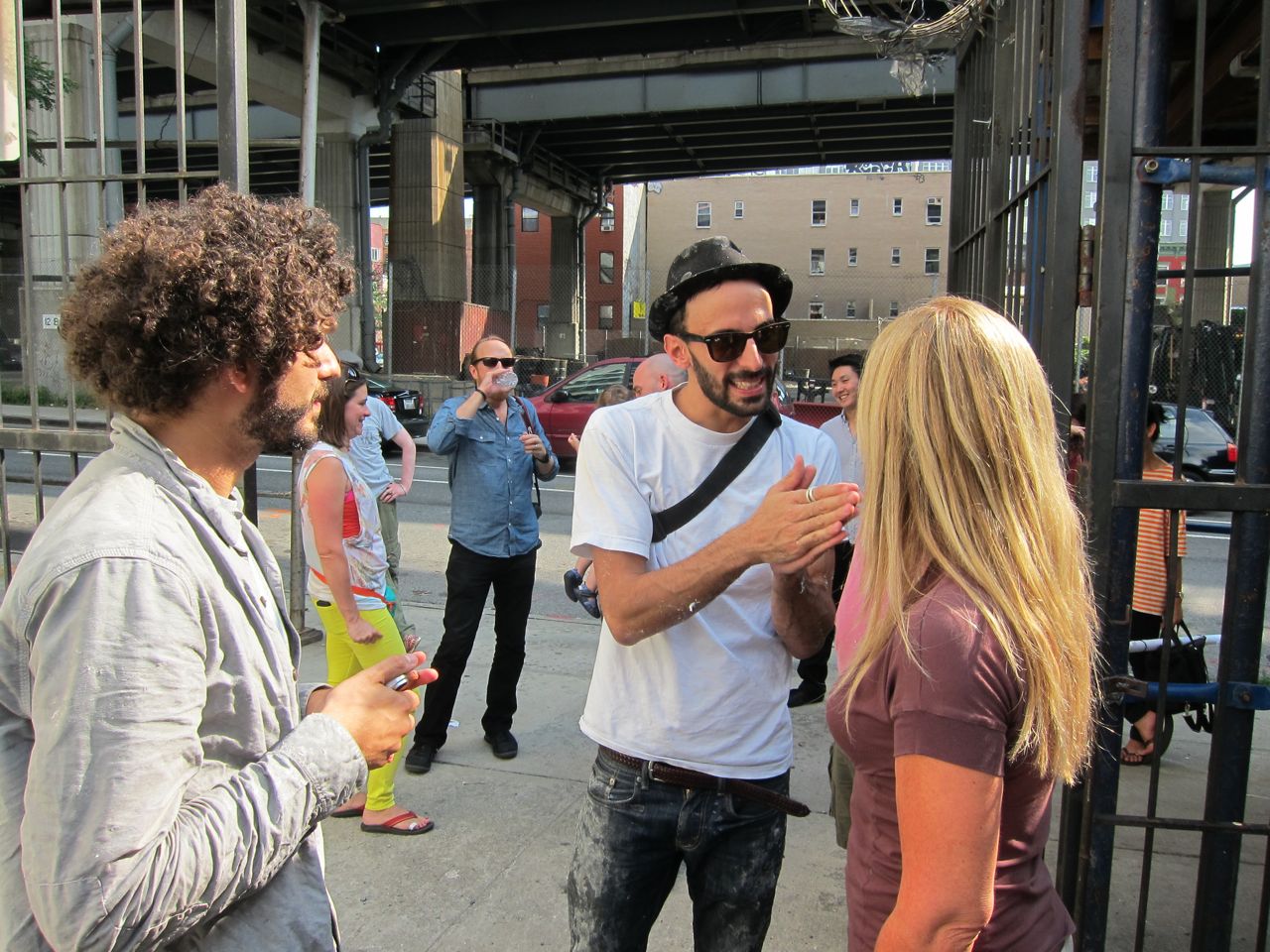 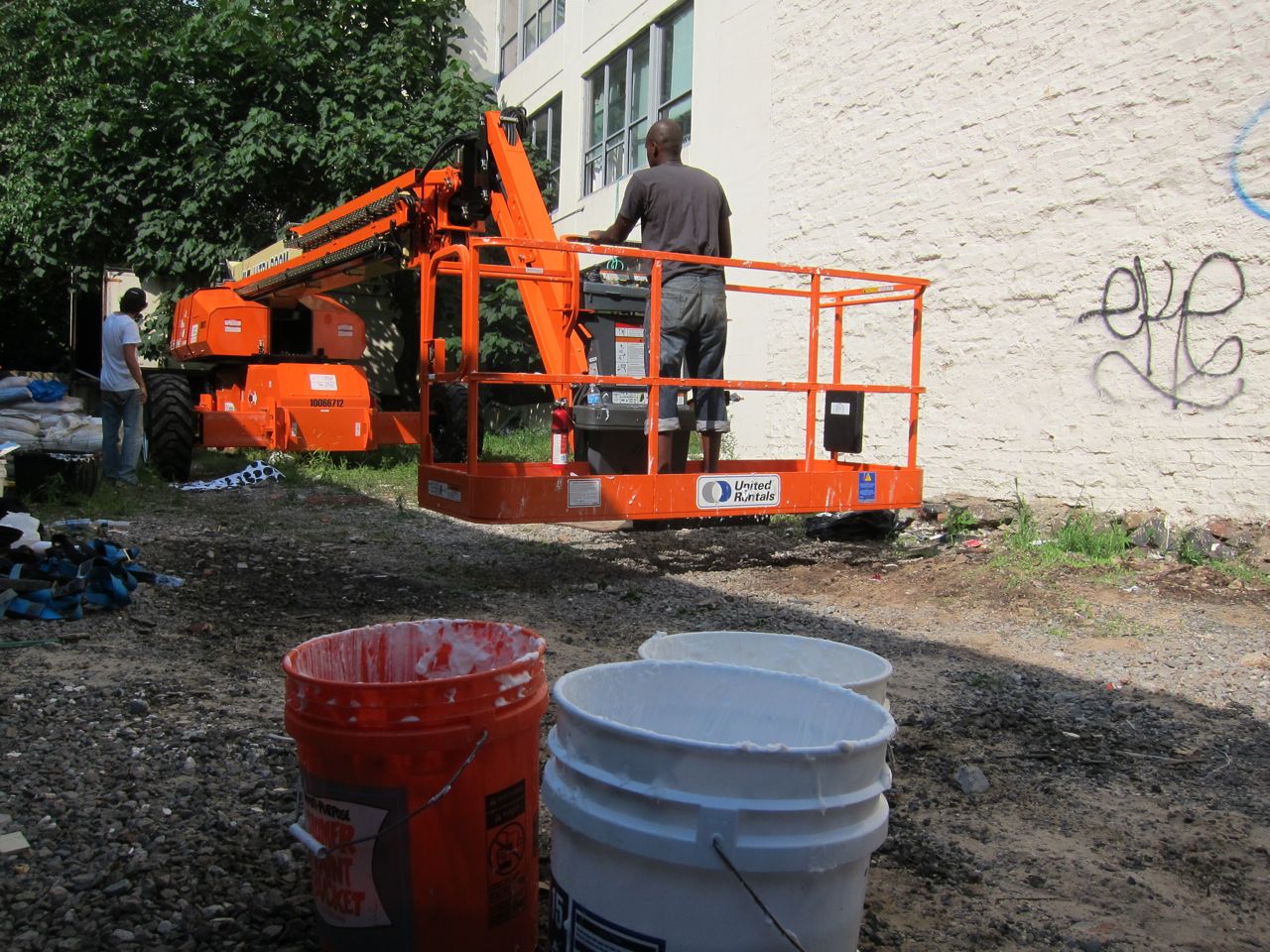 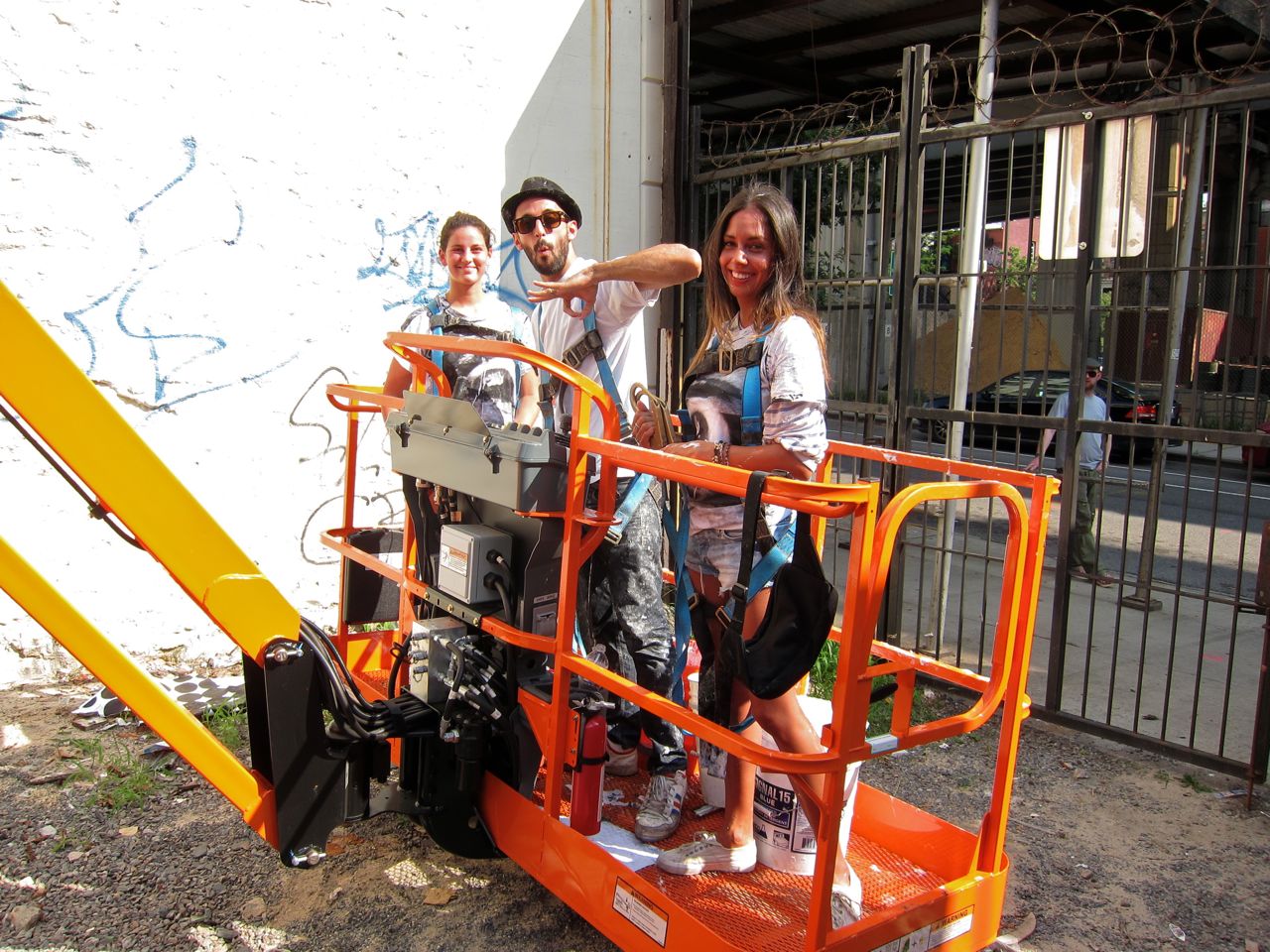 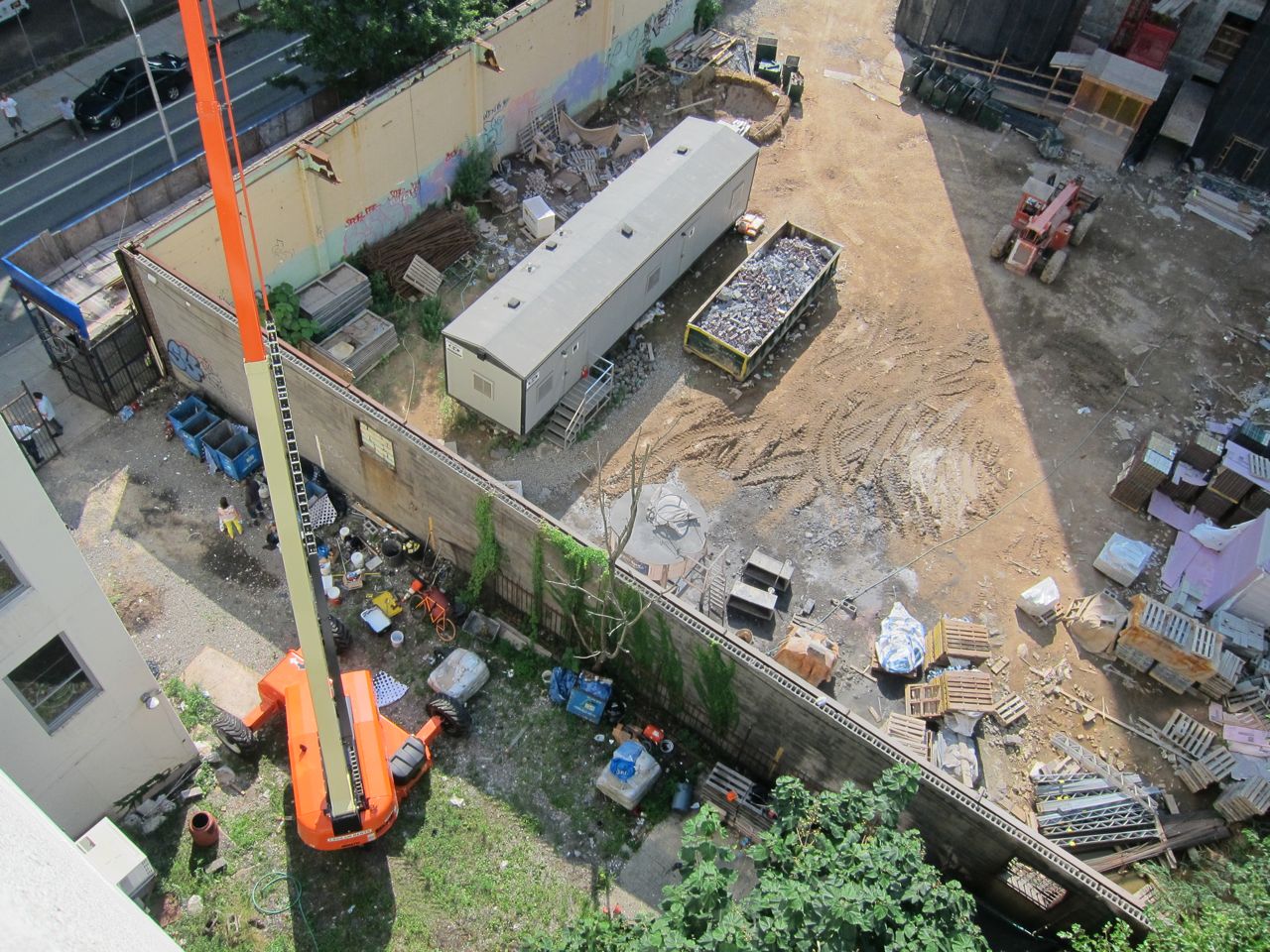 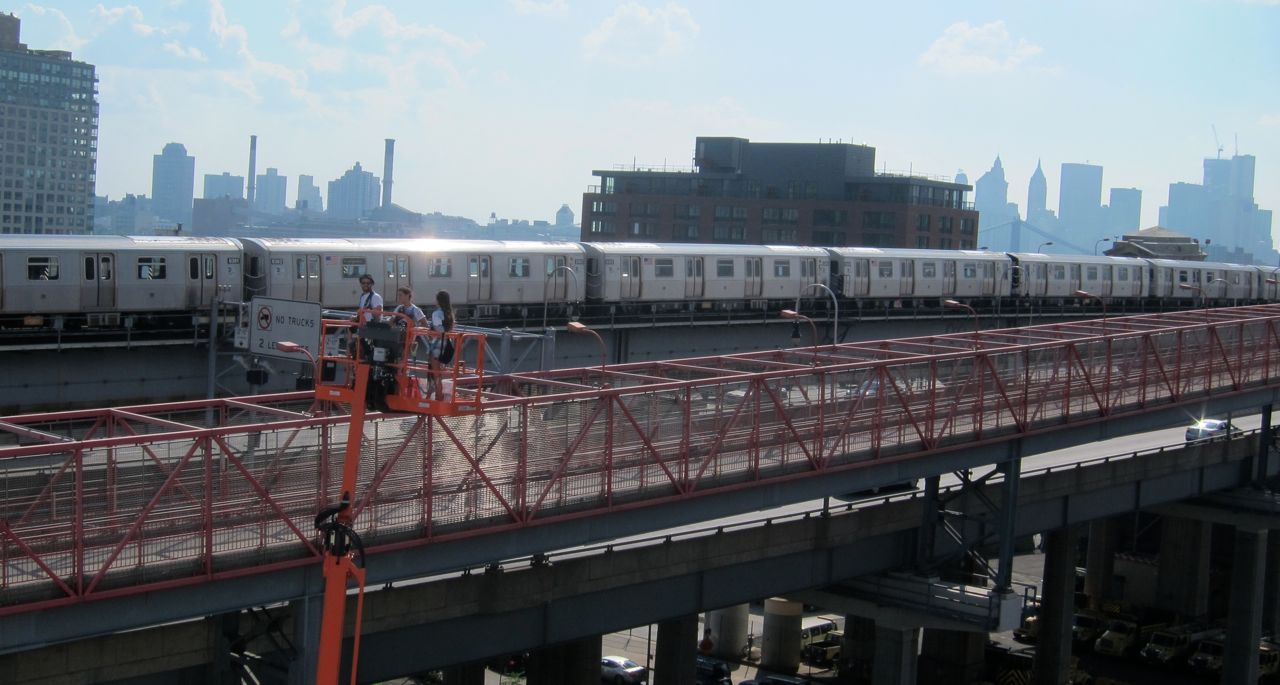