Back in November, the La Luz de Jesus gallery in Los Angeles hosted all new works from Bob Dob (alongside Nathan Ota’s solo). Entitled Mouseketeer Army, the showing featured 76 new paintings that could be arranged together into the shape of his surreal take on the American Flag and were thematically based on a back story of the radical Youth International Party invading Disneyland. Rounding out the exhibition were a series of large-scale three dimensional works based on the Southern California-based artist’s most popular characters. 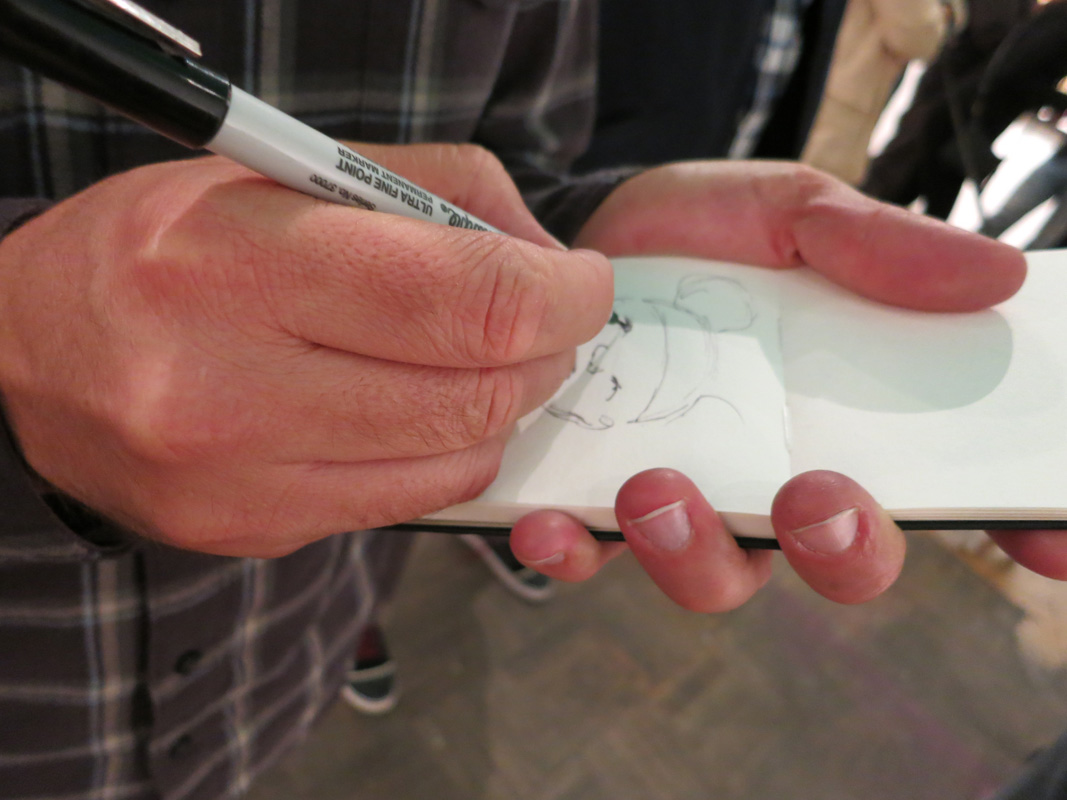 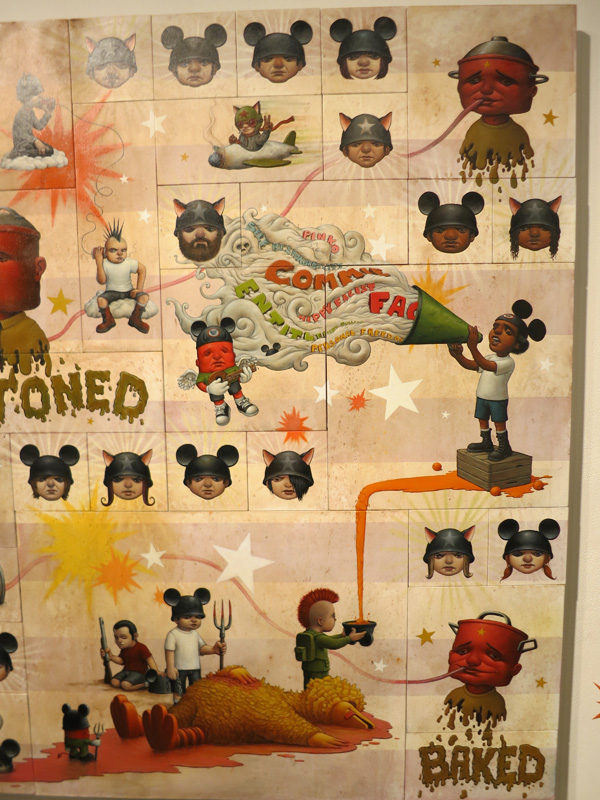 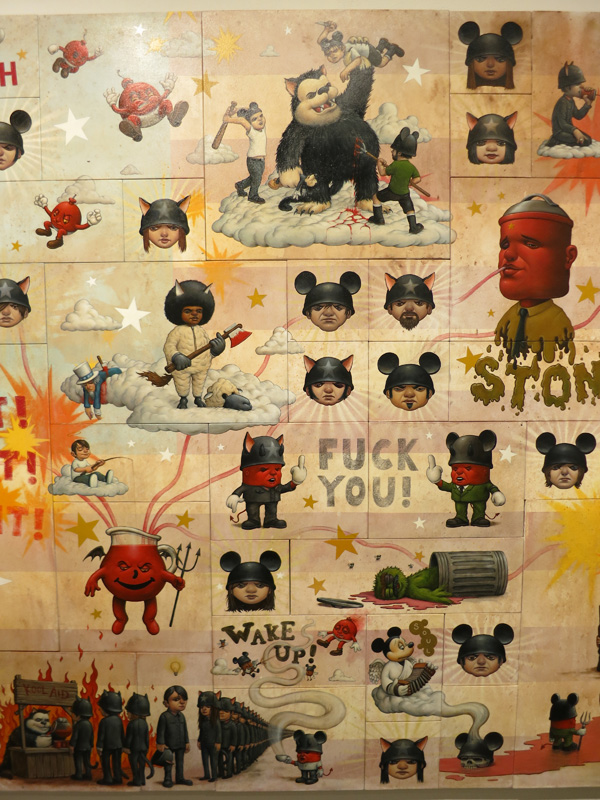 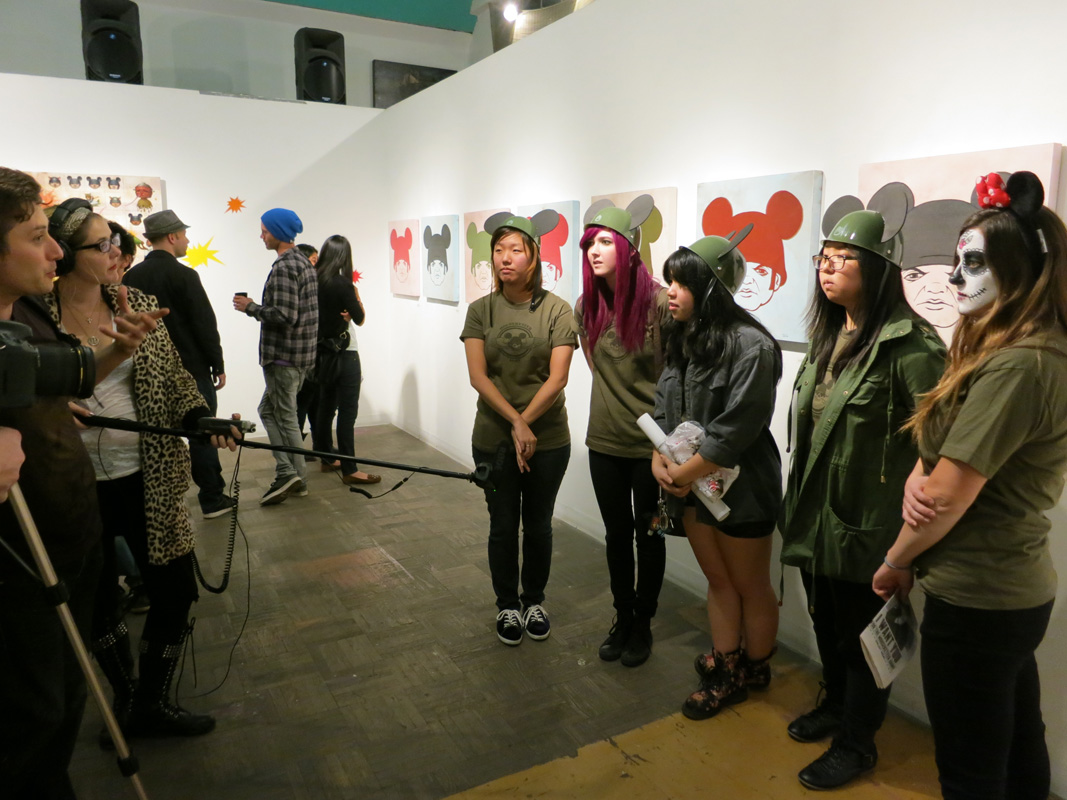 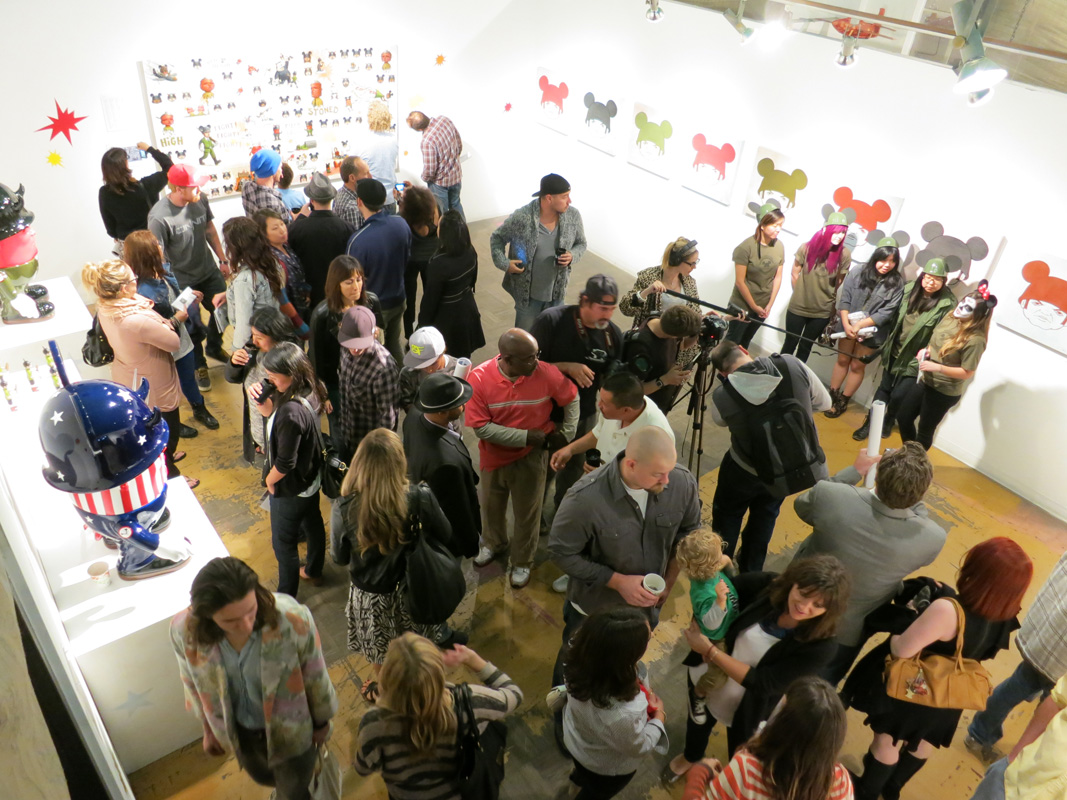 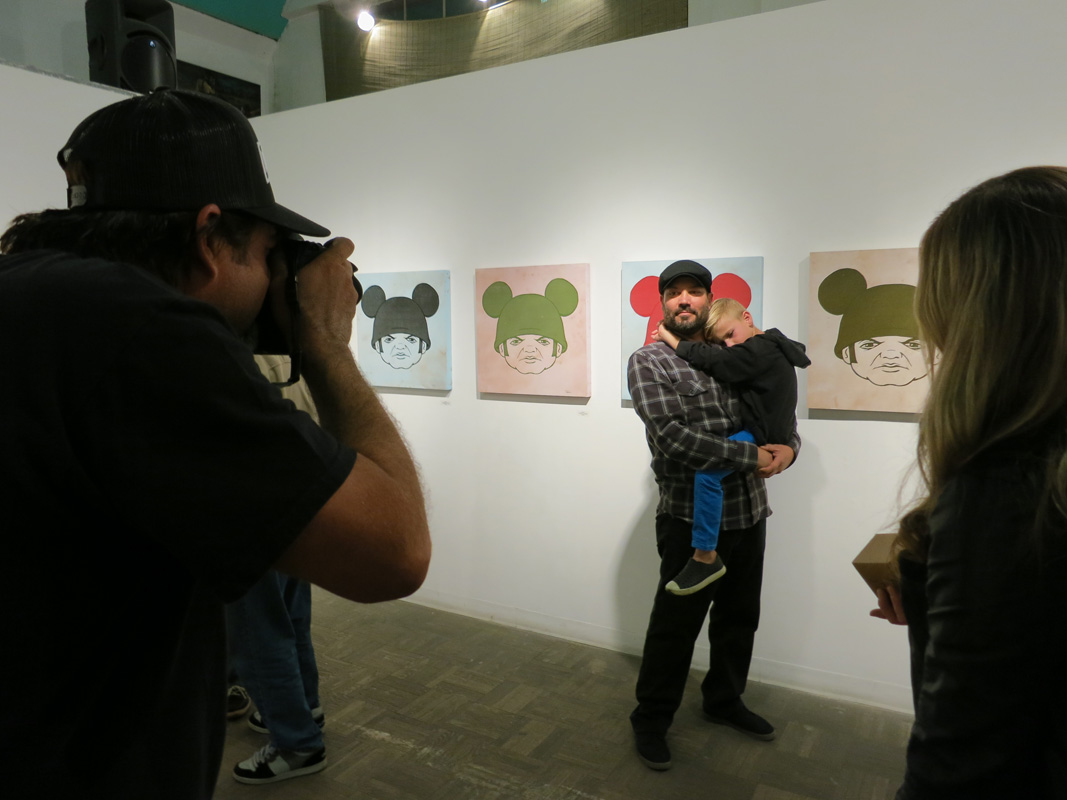 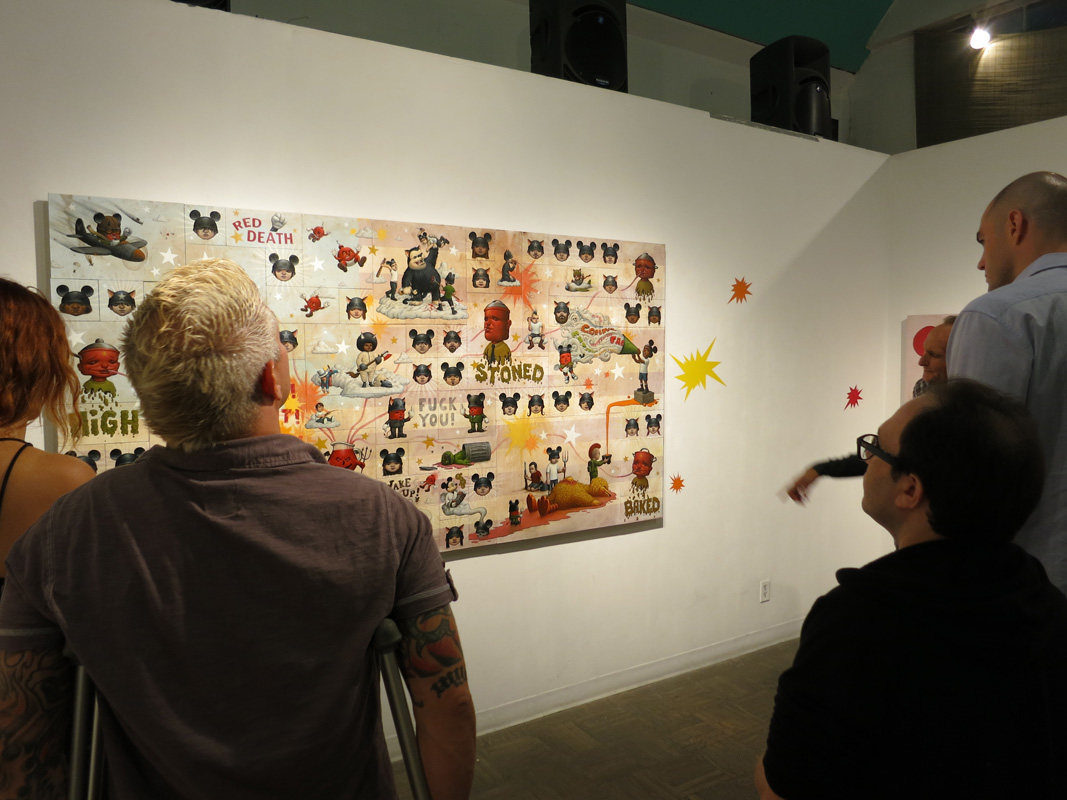