Last month, there was a monstrous four alarm fire that raged thru a handful of apartments in Williamsburg Brooklyn. As many as 200 firefighters were dispatched to get the flames under control, with very little success. While many were displaced, a few of the residents of this devastating tragedy were artist Tara McPherson, Sean Leonard and their lovely newborn child Ronin. Thankfully, they were out of the country at the time and nobody was seriously hurt.

In light of the above circumstance, Cotton Candy Machine in Brooklyn is doing a timed print release between now and the Feb. 15th to help cushion the blow on their displaced hearts during this Valentine’s Day season. They are releasing a timed edition print run of The Love Space Gives Is As Deep As The Oceans (24″ x 24″) as well as a smaller print Bunny In The Moon (8.5″ x 11″). Both prints are signed and numbered by McPherson and will not only bring joy to the hearts of your loved one, but to the family of Tara McPherson and Sean Leonard. 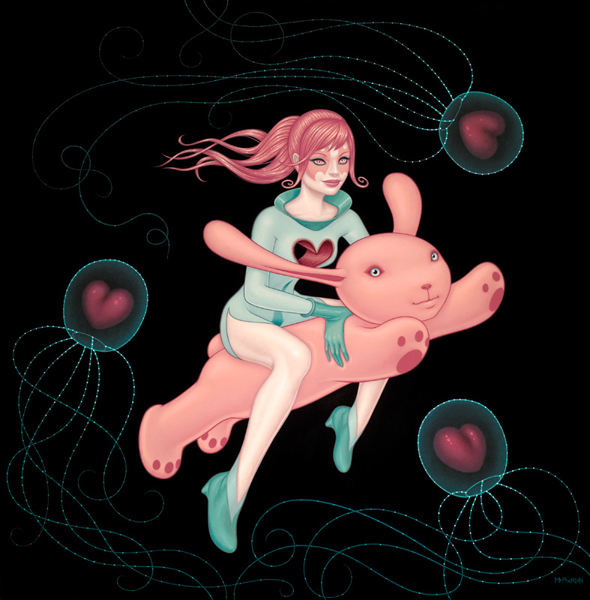 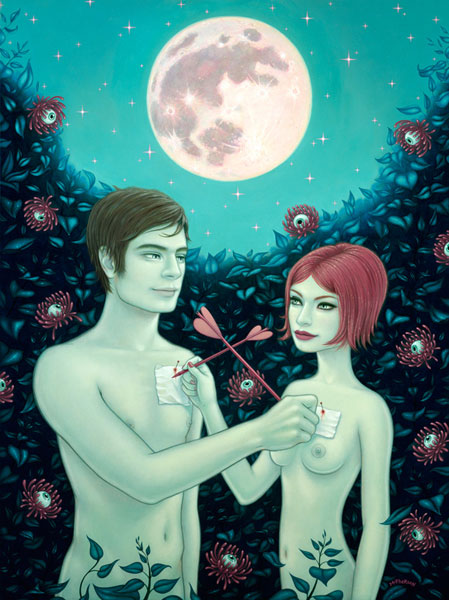 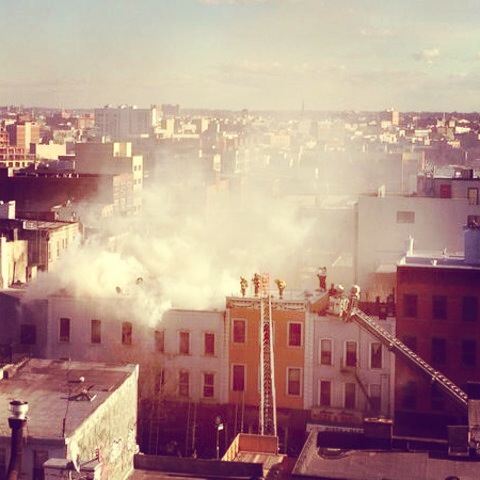