This Thursday night (February 7th) in Mexico City, the artist known as Rostarr (featured) will be opening a solo show at Anonymous Gallery. Otherwise known as Romon Kimin Yang, the New York-based painter will be bringing with him all new works collectively entitled Turbo Arena, all featuring his signature blend of iconography, calligraphy, and graphics. The exhibition (which looks to include an onsite mural – seen above in progress) runs through the end of March for those who want to visit if in the area. 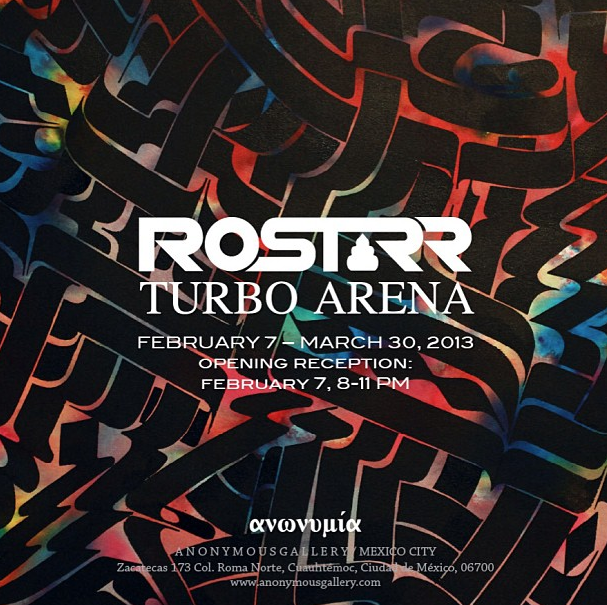