Continuing their long history of artists collaborations, Louis Vuitton’s latest project features the letters of Ben Eine. In particular, the Frence fashion house has been working on a series of scarves with street and graffiti artists (also see RETNA, Aiko, Os Gemeos) so the UK-based artist’s alphabet musings are just the latest iteration. Adorned with the words “Louis Vuitton” and “Great Adventures,” a reference to a how Eine feels every time he gets off a plane in a new city, the scarf was sold in a pop-up space on the ground floor of Selfridges in London which featured some stenciling from him as well. Take a look at the photos below as well as check out a video and interview about the project here. 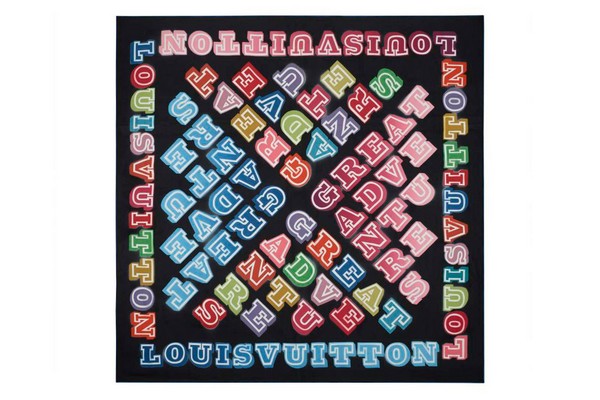 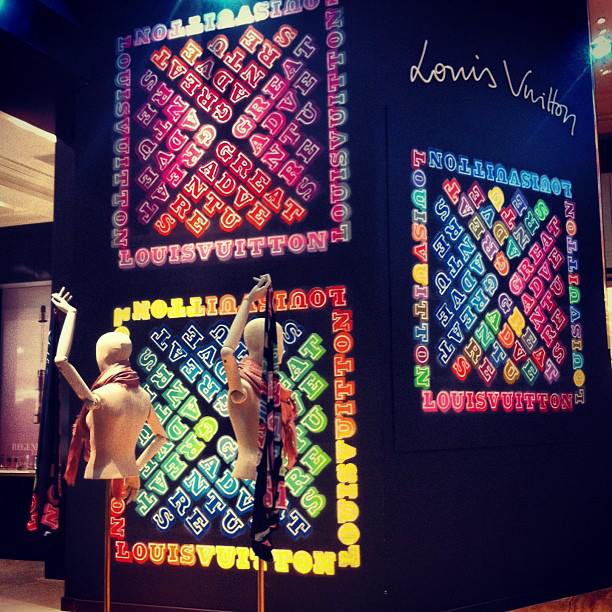 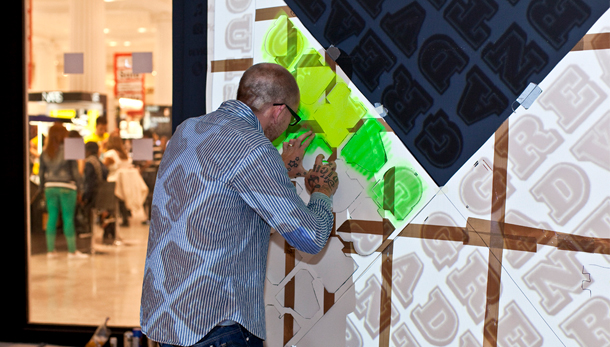 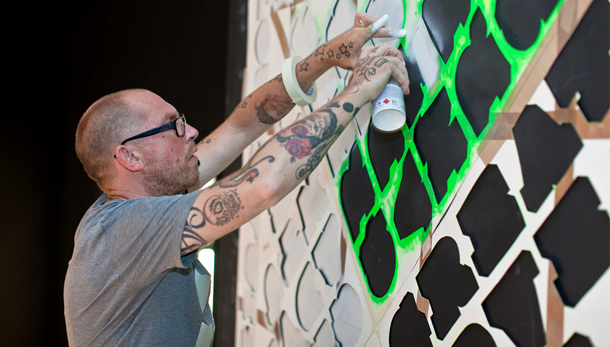 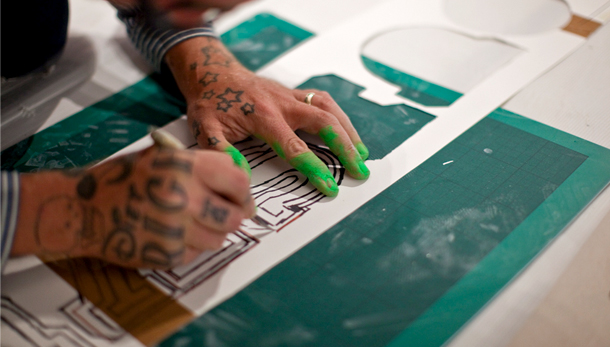 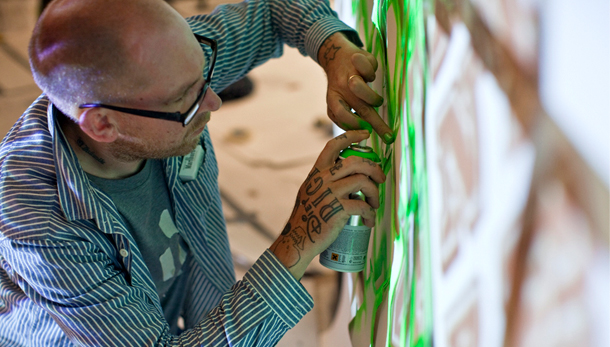 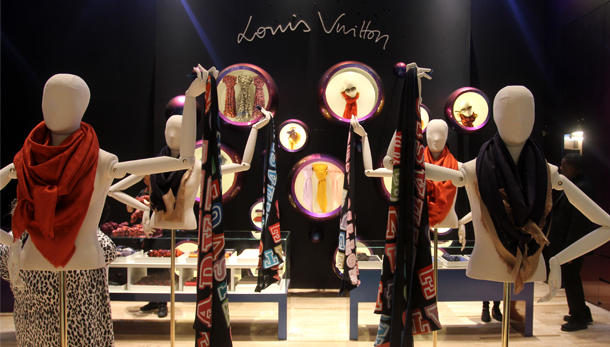 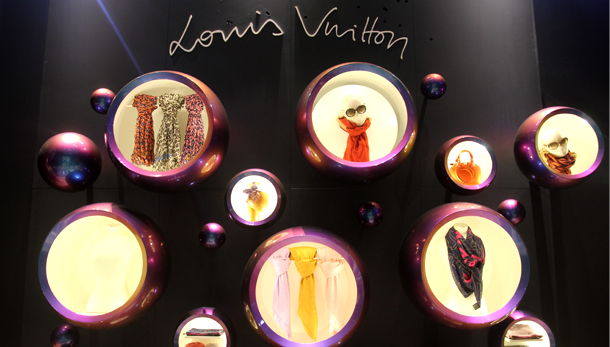