Cleon Peterson recently brought his highly stylised and violent imagery to London for his first solo exhibition in the UK. There is a War opened at The Outsiders’ Soho gallery space on Thursday July 4th with a selection of  works from his Brinksman series as well as his wonderful tableaux street scenes so full of multi-dimensional blood drenched villainy. For many at the opening it was the first opportunity to see Cleon’s graphical (and also graphic) work in person, and a chance to absorb his technique over a large body of work. There is a War took over both levels of The Outsiders space, so there were plenty of paintings to take in at varying scales and levels of complexity.

Upon close inspection Peterson’s paintings reveal a deftness in how he approaches his painting process as the colour of the background – be it either white or luminous red – is applied with spraypaint with an overpainting of the broken detail completed in flat black acrylic over the top – almost like painting in reverse. This technique leaves absolutely zero margin for error when composing the details and features contained within the figures and landscape elements and leads the viewer to a new found level of appreciation for the complexity of his work. The panoramic pieces in the basement entitled Rule of Law were wonderful to take in, and were painted so that the two landscapes could be hung together side by side to make a six metre long scene. And that’s a lot of carnage.

We also got chance to catch up with Brett Amory at the opening as well who had just arrived in town to begin documenting for his upcoming 24 London exhibition (see his current NY show here). If you’re in London and haven’t caught the exhibition yet, there’s still time to check it out yourself as the show runs until August 3rd. 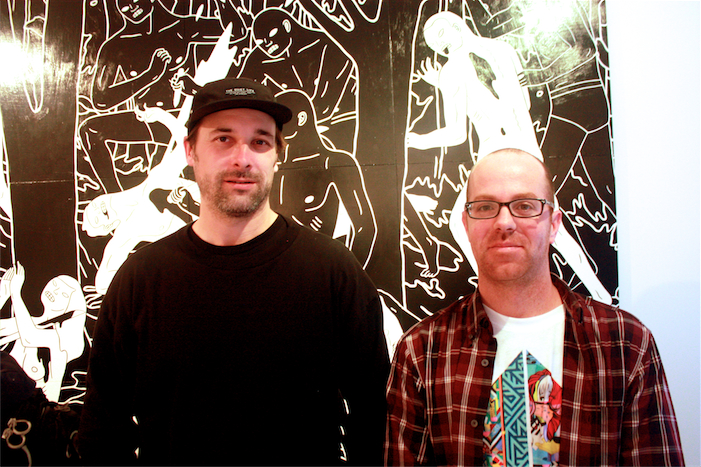 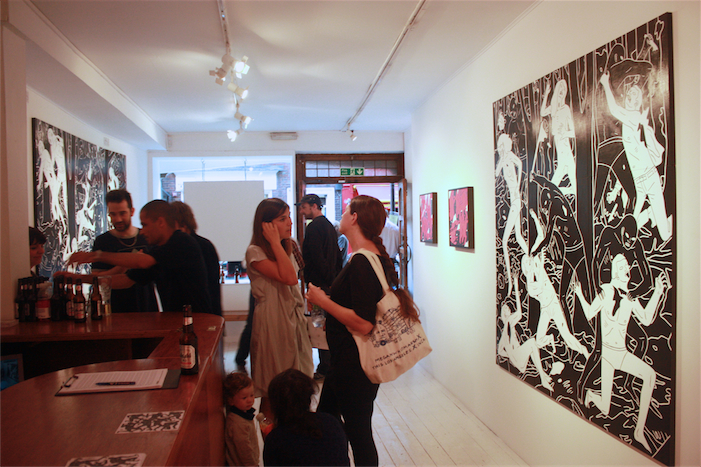 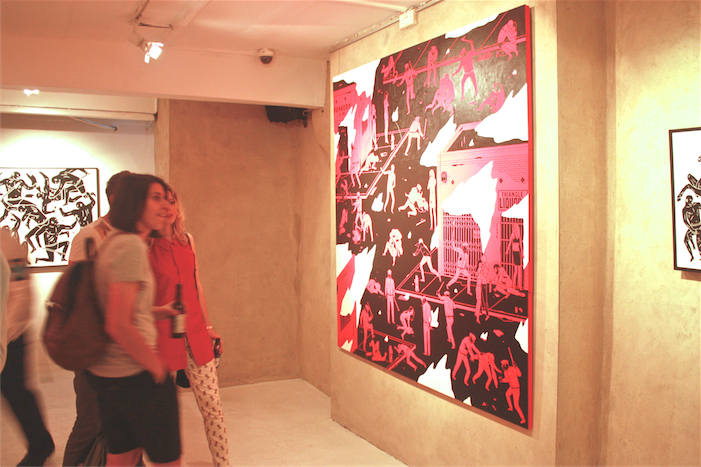 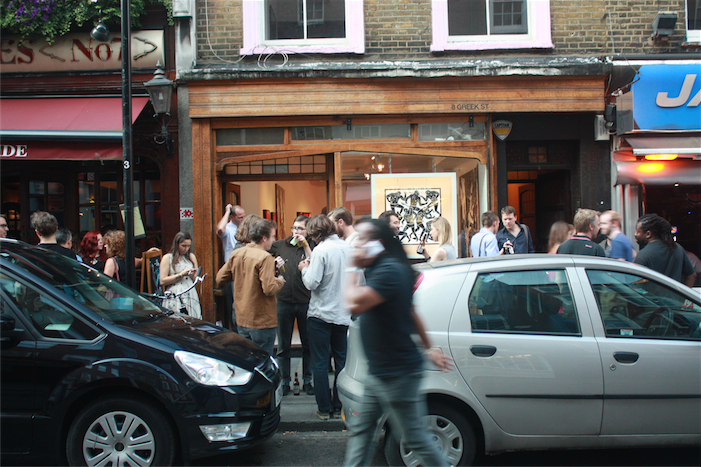 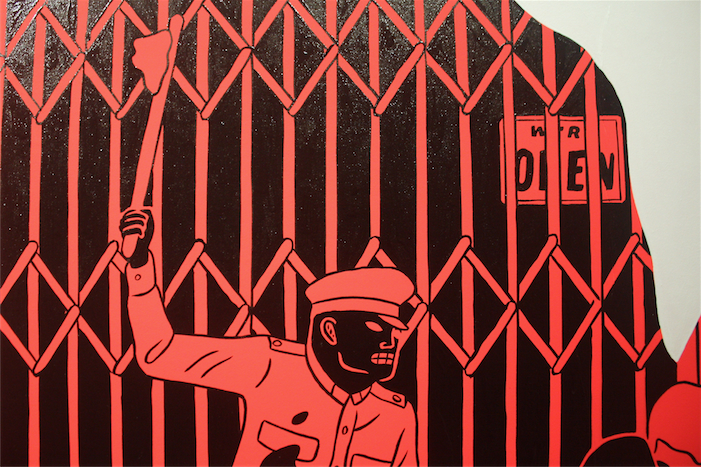 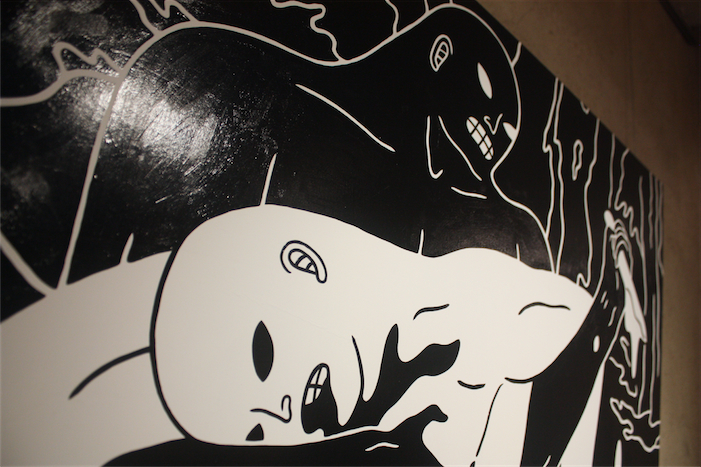 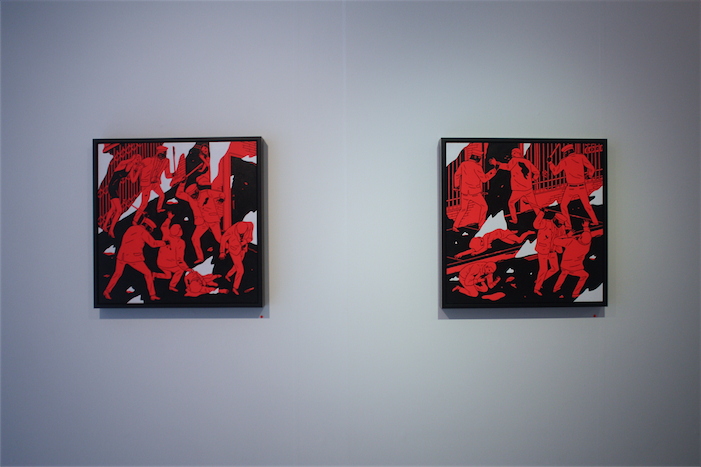 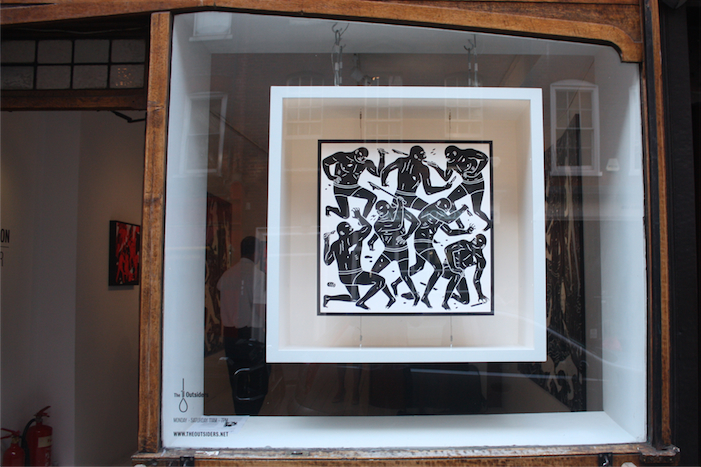