Pete Fowler recently opened a solo show at the infamous The Book Club in London. Titled Theme From Boat Weirdos, the show features new paintings and drawings as well as the site specific installation/mural, as a sequel to his previous solo show at Outlaws Yacht Club in Leeds earlier in the year.

Often inspired by music, folklore, myths, psychedelia and the supernatural, Fowler prepared a whole series of acrylic portraits of his ocean related bohemes for the show ranging from ex-rock stars, beach bums and other weirdos that are living on the docks and shores, to the entire boat crew of ocean weirdos. Painted in his recognizable retro style, full of gradients, glares and reflections, playing with the vintage imagery, color palettes and line work, the characters and works feel like they arrived from another more relaxed, smoother time and dimension. Aside from classic portraits of his nautical heroes, or the ones exposing their minds, the larger pieces adds narration to their eccentric lives. By mixing 60s and 70s iconography with his clear graphic style, the Welsh artist gives homage to his characters through crests with their portraits and significant symbols of their life, or just by showing their dreams and goals getting washed or blown away in the ocean. Along with almost 30 works he created for the show, Fowler also painted a large mural on the walls of the a cozy Book Club where they will stay on display until 16th of November. 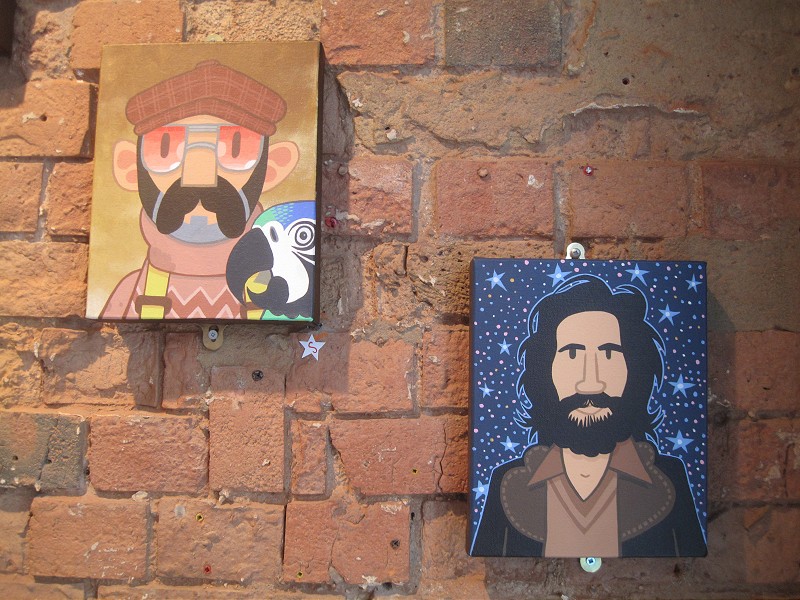 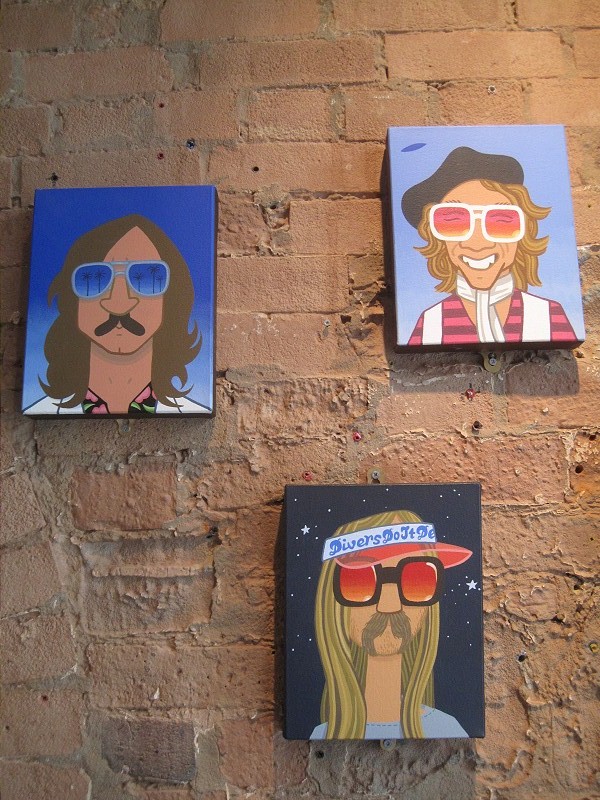 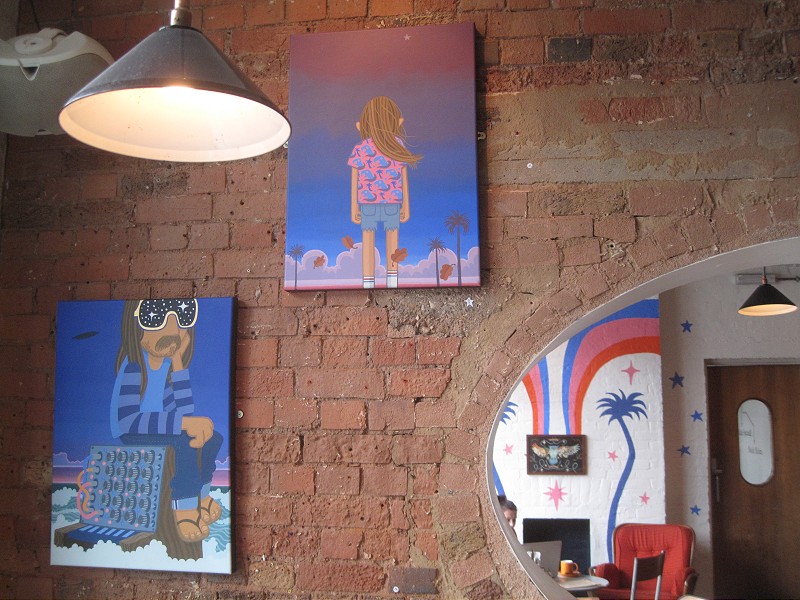 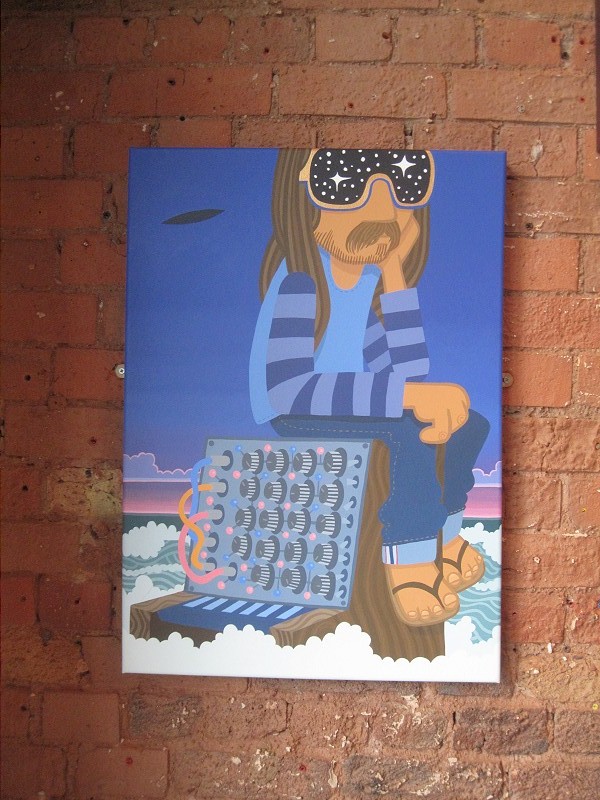 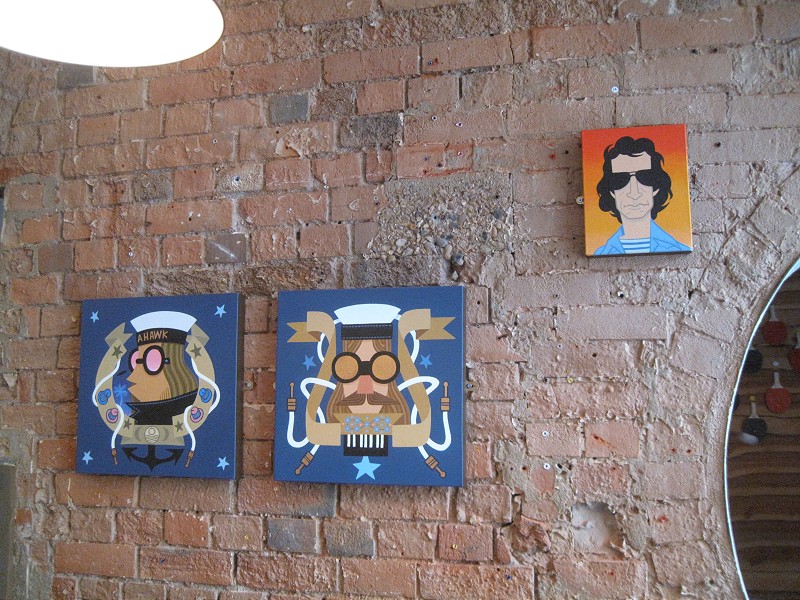 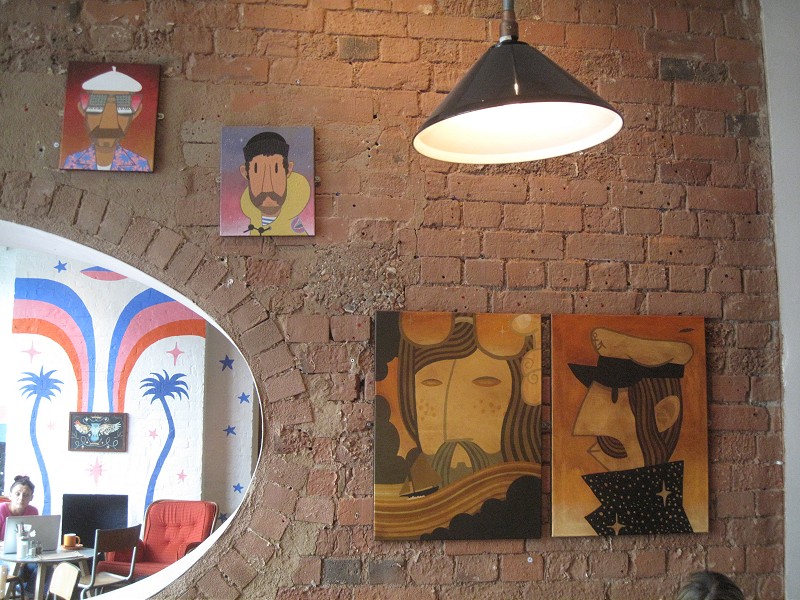 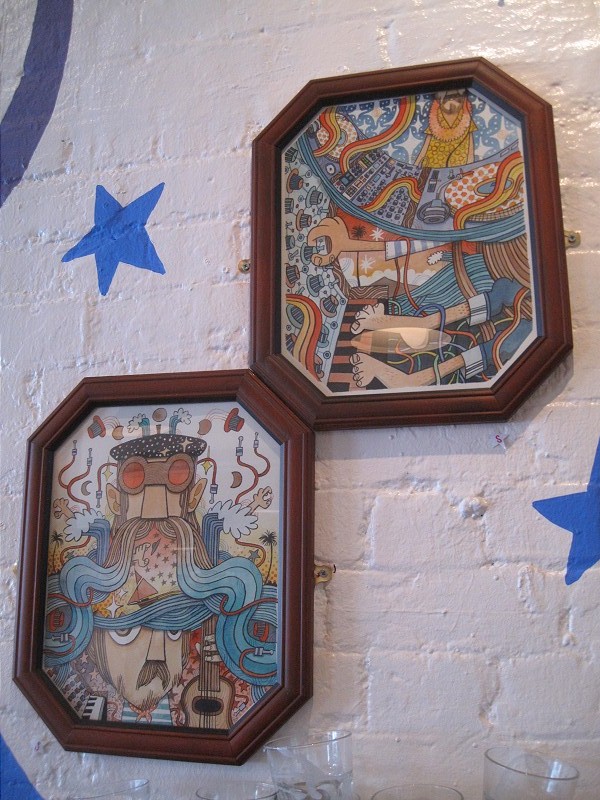 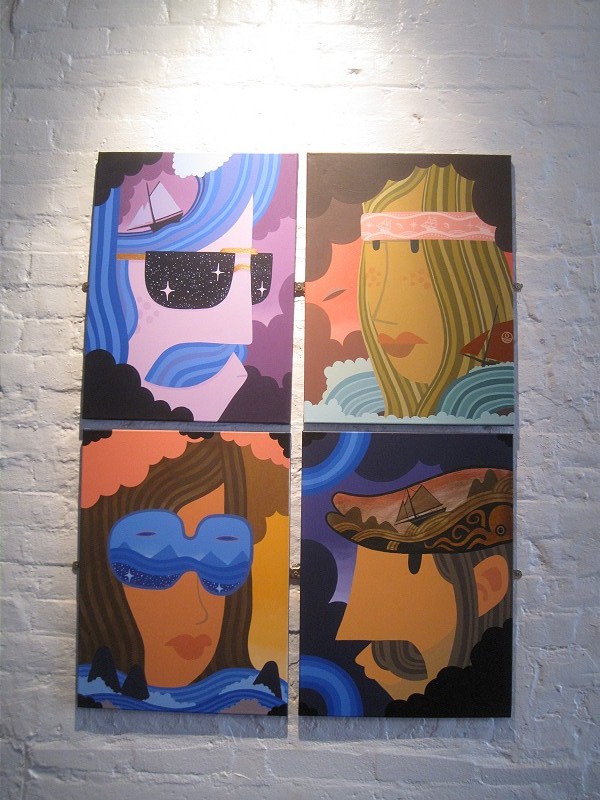