British designer Alex Chinneck has made over the facade of an abandoned building in Margate, England which he entitled From the Knees of My Nose to the Belly of My Toes. The project brings to mind the Dalston House by Leandro Erlich which we shared with your earlier this year and has the same whimsical feel to it. Taking about a year to build, the installation features the front of the four-story residence melting and sliding off the side of the building, while preserving some of the fire and water-damaged look to the top level. For those who want to see it in person, the structure is scheduled for reconstruction next year but can be seen now at 1 Godwin Road, Cliftonville, Margate, CT9 2HA. 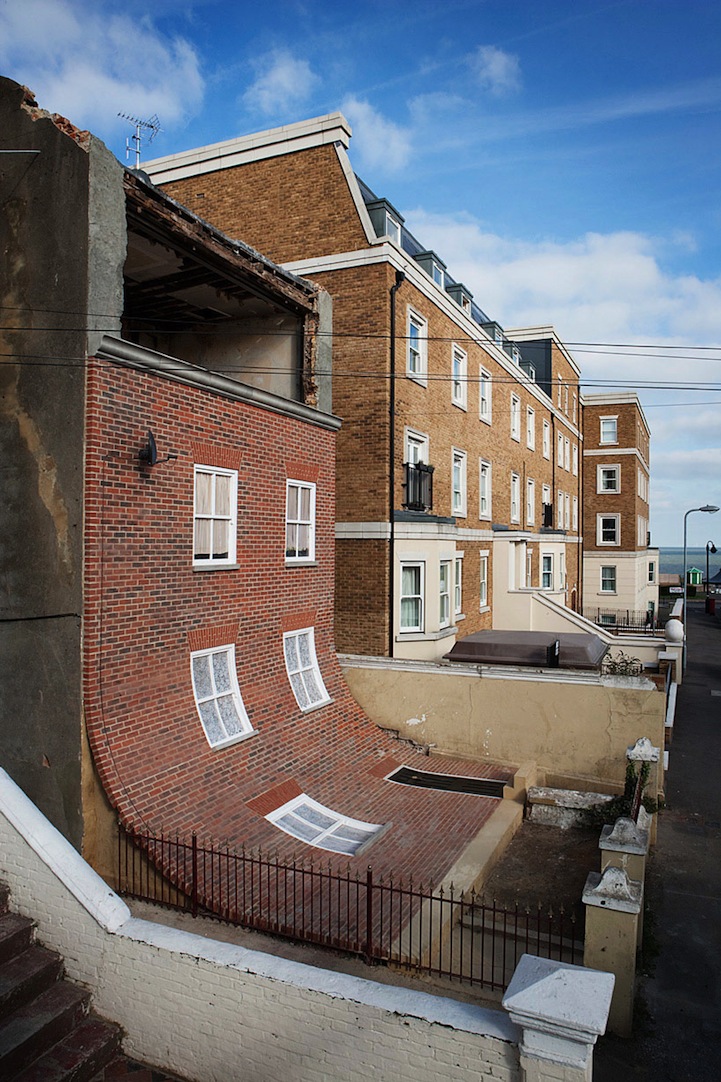 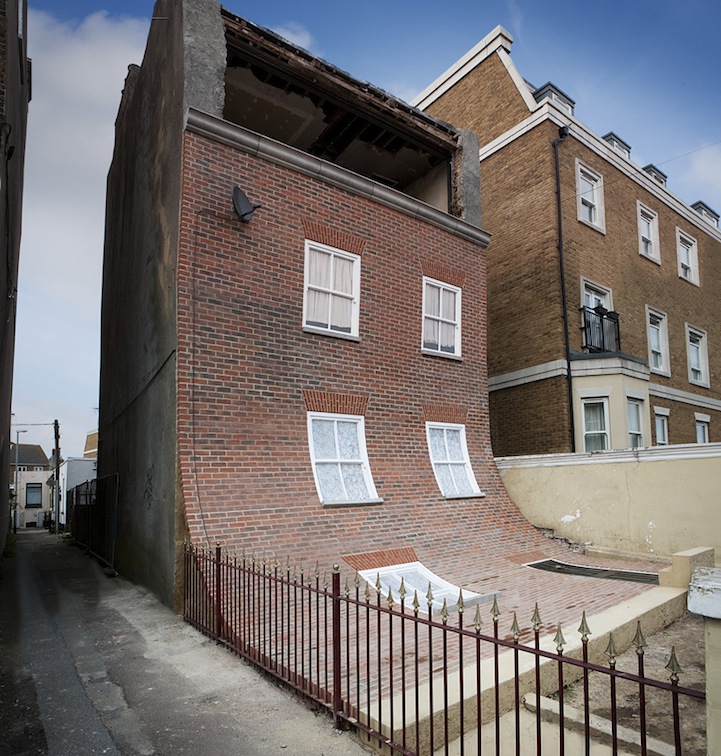 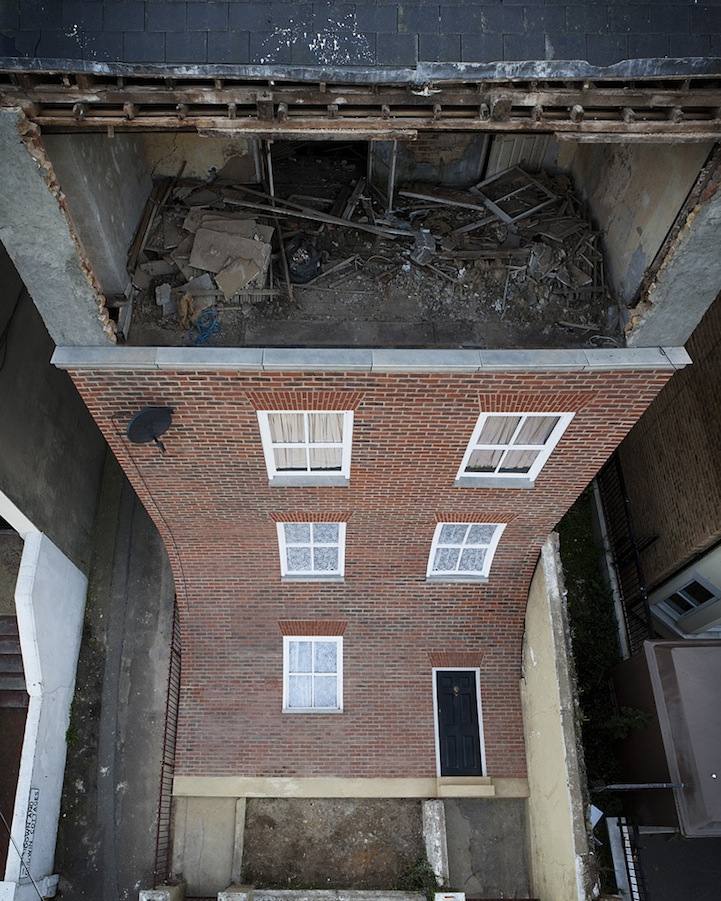 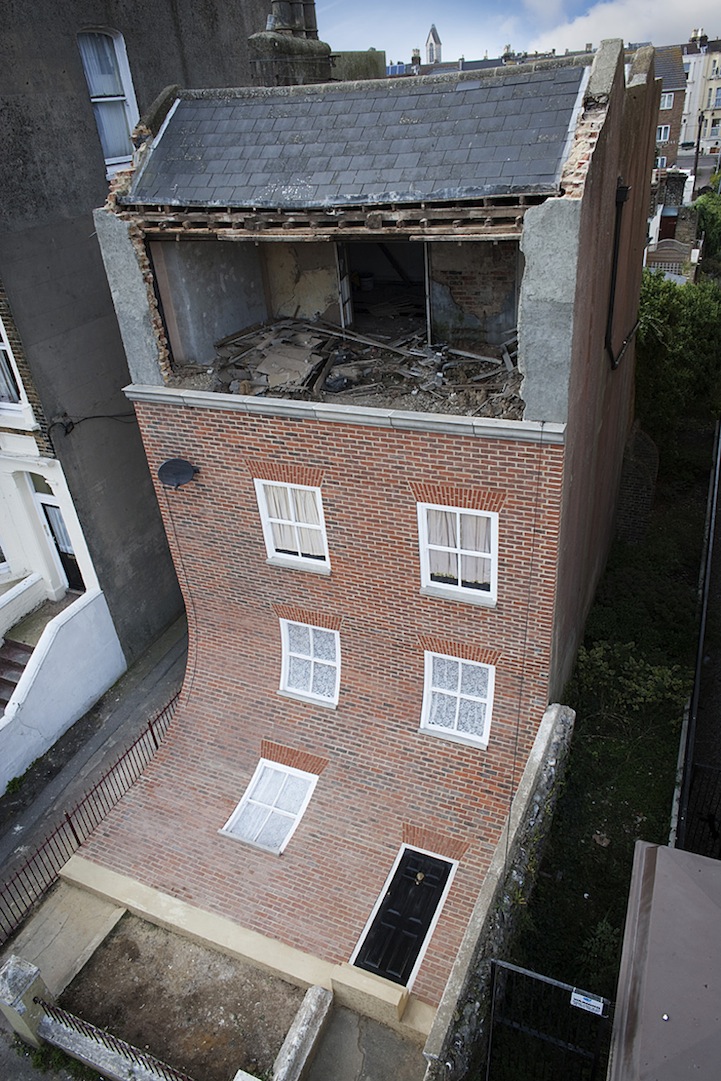 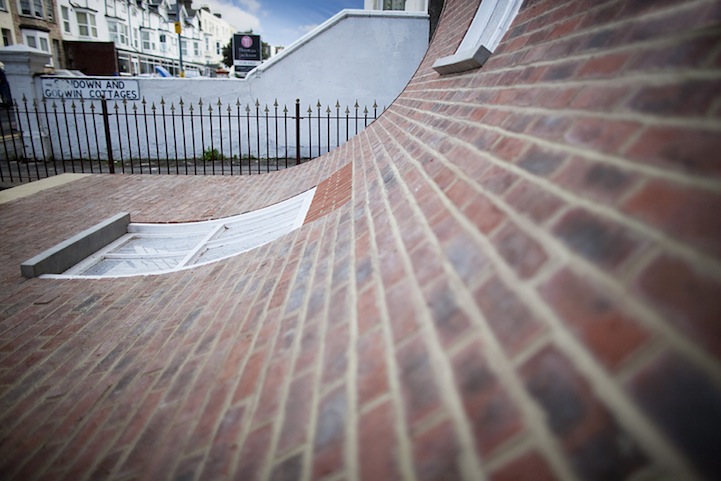 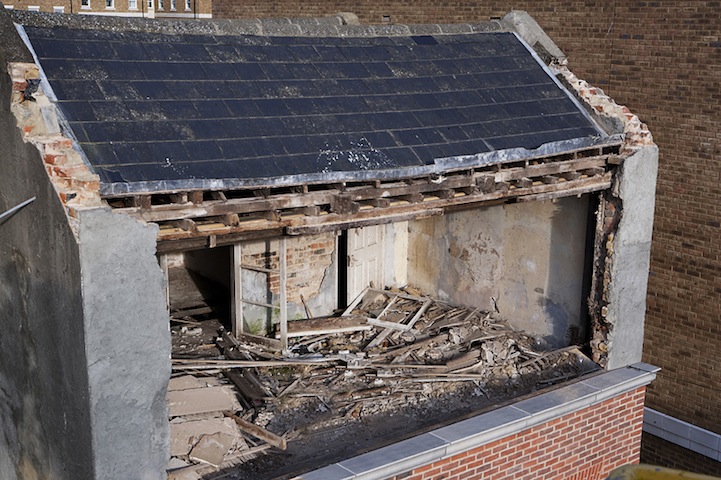