Street muralist and fine artist, Ericailcane, opened his solo museum show at Museum of Contemporary Art in Bogota on the 23rd of November. The Italian painter, whose work ranges from etchings to large scale murals, but also includes animated movies and mixed media work, is known for creating images which almost always “represent virtues, flaws and all the complex universe of the human race.” He produced his first etching at the age of 8, thanks to his artistic father, and that was when his love for this technique and Victorian-like imagery developed. Growing up in the hilly parts of Norhern Italy, he was always strongly influenced by the natural, and this is how his familiar anthropomorphic characters developed.

The main part of this big museum exhibition in the Colombian capital are a series of drawings and illustrations titled No Somos Nada (We’re nothing), showing different animals and insects exhibiting the human urge for power, control and humiliation, and pointing out inequalities in our society. These observations are very sharp and critisizes urges that every human hides within, and as such, they are social and political commentary about the modern world. The idea of these pieces is relate to the visitors/viewers, and to encourage them to rethink their behavior both as individuals and as a member of society. Aside from these works Ericailcane also painted murals both on the inside and outside of the museum. The exhibition will be on view at MAC until January 2014. 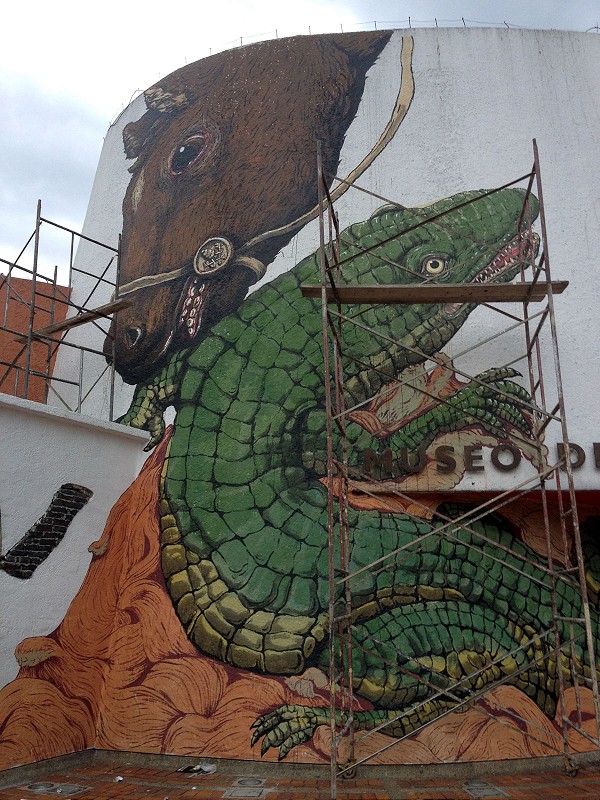 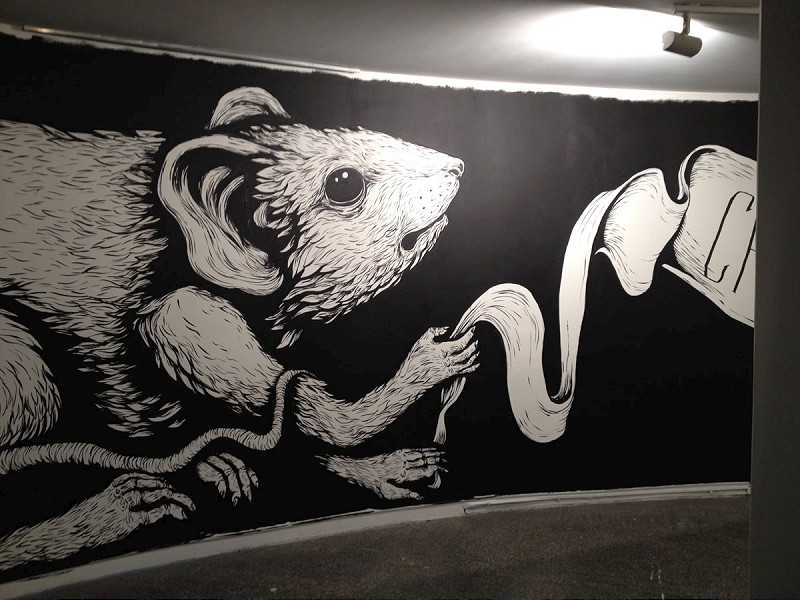 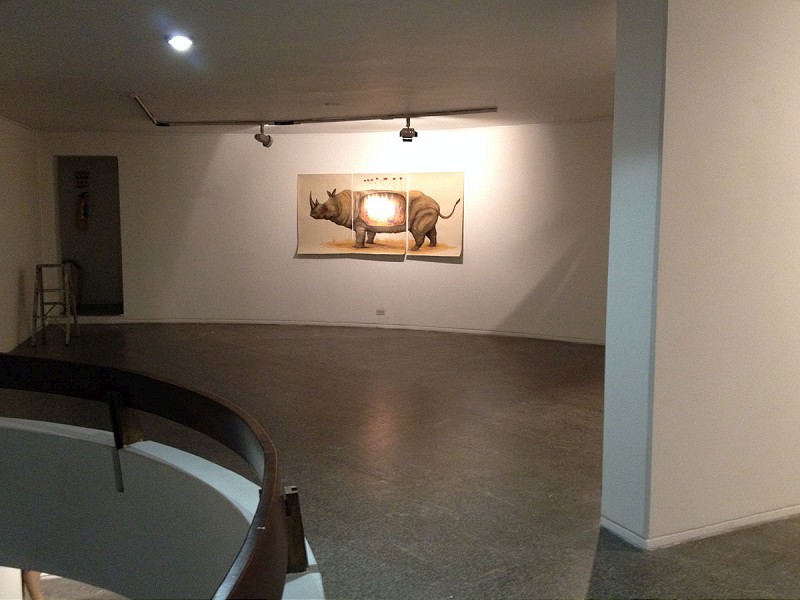 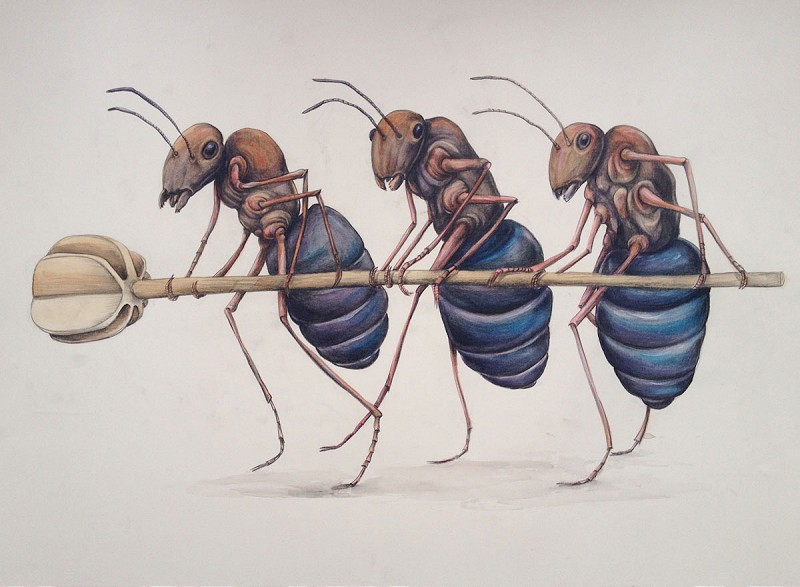 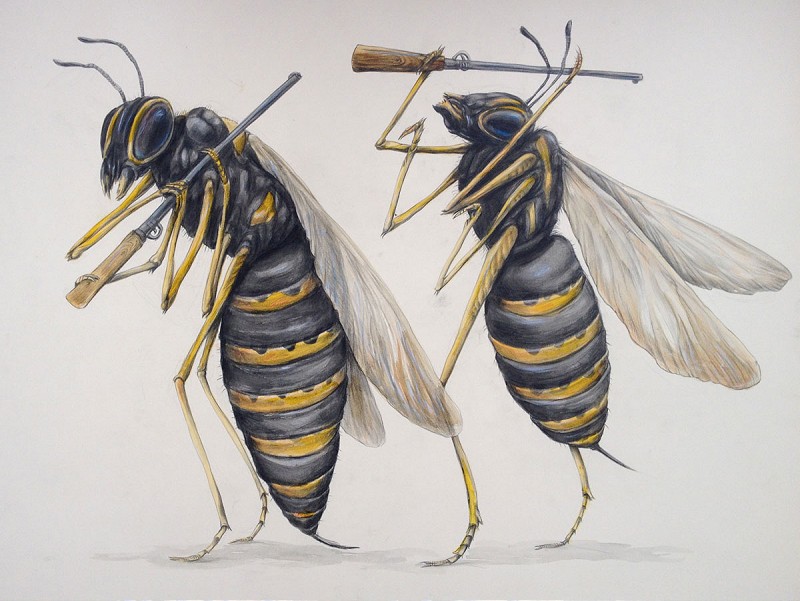 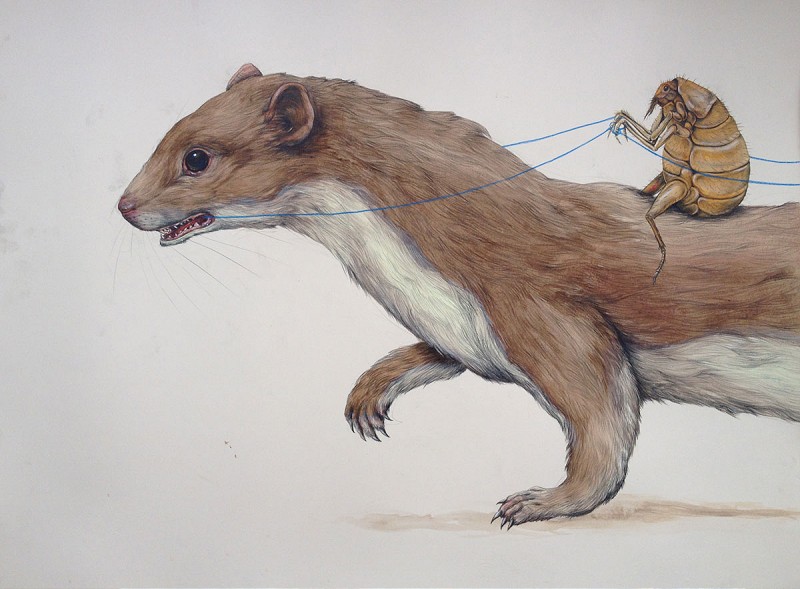