Lj Galerie in Paris is currently hosting a solo show by American street art stalwart, Swoon, until the 15th of January. Motherlands is Swoon’s third solo show in the French capital and it opened on the 30th of November. For this show, the US-based artist created a series of hand-painted linocut prints on mylar, which are composed into a site specific installation inside the gallery space. The main part of the exhibition is displayed in the basement, where different familiar images are blended together in a catacomb feeling area. By using the space, the light and numerous fine cut black and white paper constructs, Swoon achieved a lot of depth with her usually flat pasteup graphics, creating a meaningful contrast between the imagery and lace feeling handcut paper around it.

Familiar images of Walkie, nicely displayed next to Kamayura, welcome visitors in the first room. Small paper ornaments follow showgoers to the next room where Tumaini, an image from Swoon’s trip to Kenya, is displayed opposite of Ben, Neenee and Braddock Steel. These three pieces overlaying each other echo the artist’s big ongoing project, Braddock Tiles. The last room features a large Memento Mori install, that was first introduced at the Museo d’Arte Contemporaneo of Oaxaca (Mexico). Also entitled Memorial to my Mother, this piece was created earlier this year as a homage to her mother who recently passed away. The upper, ground level of the gallery is painted all yellow and green for the show, where a big image of Thalassa, Greek goddess of the sea, dominates the space. Unlike all the other pieces in this show, this particular piece is the only one that is double sided (two pieces sewn back to back).

After seeing Swoon spend the last three years creating mostly museum installations (MoCA Los Angeles, ICA Boston, New Orleans NOMA, MAC Oaxaca), and being involved in charitable projects (Braddock Tiles in Pennsylvania, Konbit Shelter in Haiti, Dithyrambalina in New Orleans), and recently completing the Houston & Bowery Mural in New York, this is a great opportunity for fans to see her work in a gallery setting. For next year, she already has a big solo exhibition planned with The Brooklyn Museum in spring 2014, for which she will be working on a sculptural installation as well. 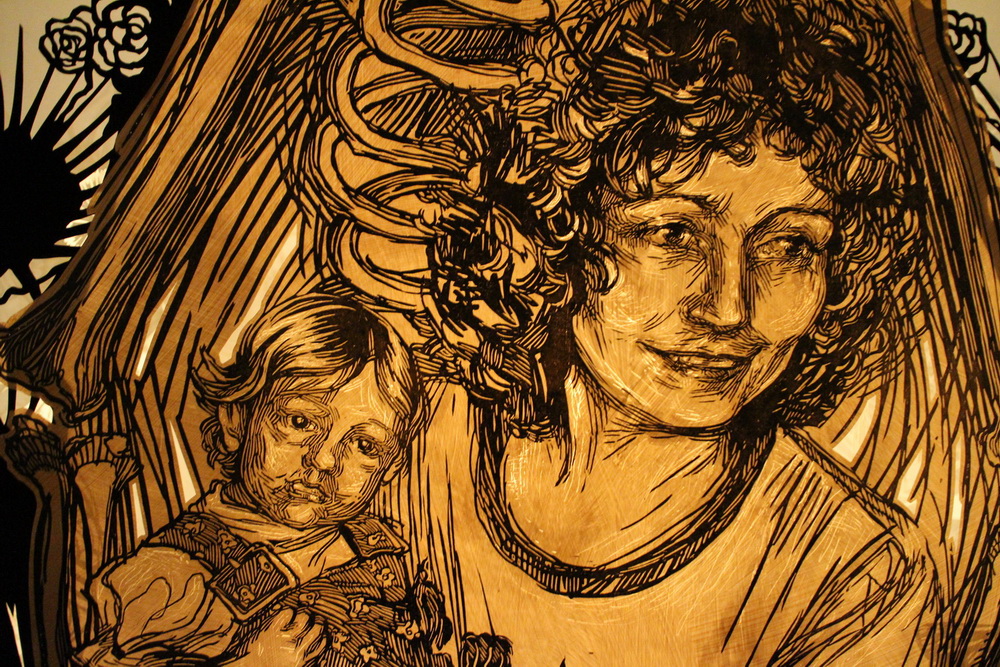 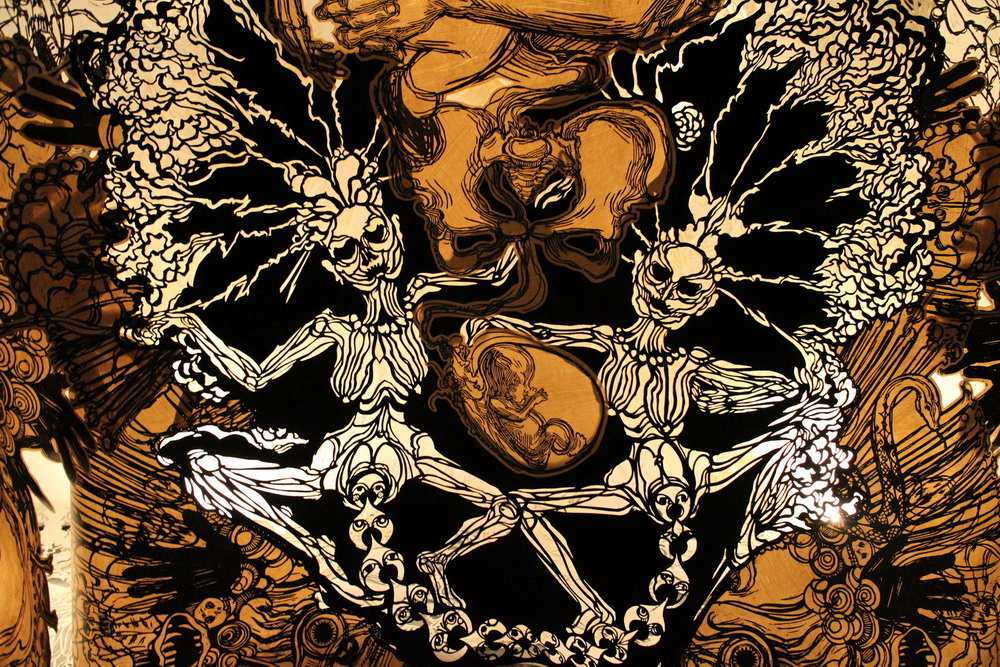 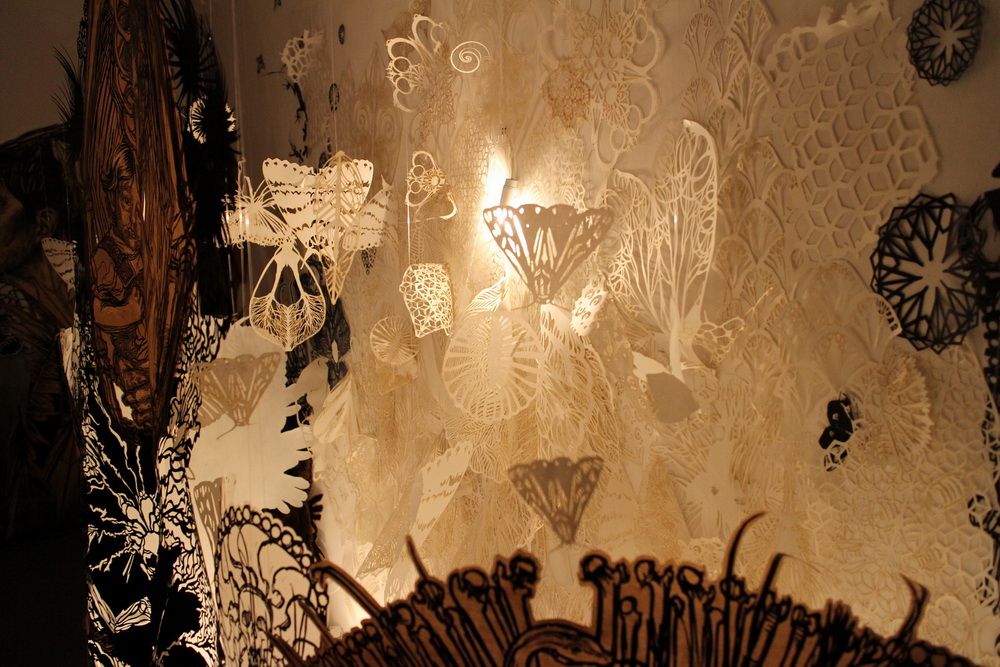 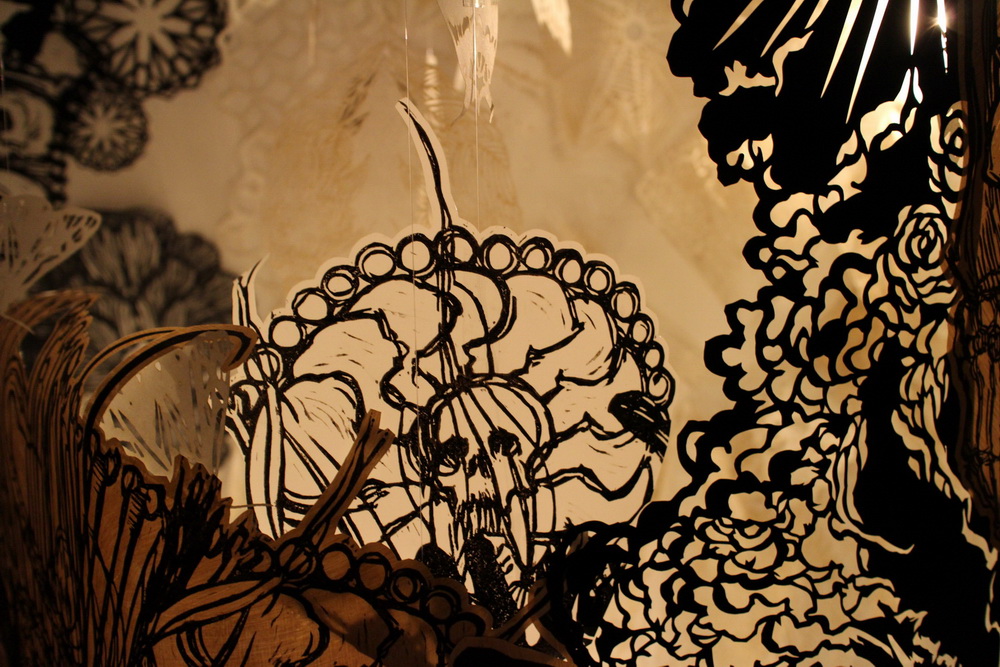 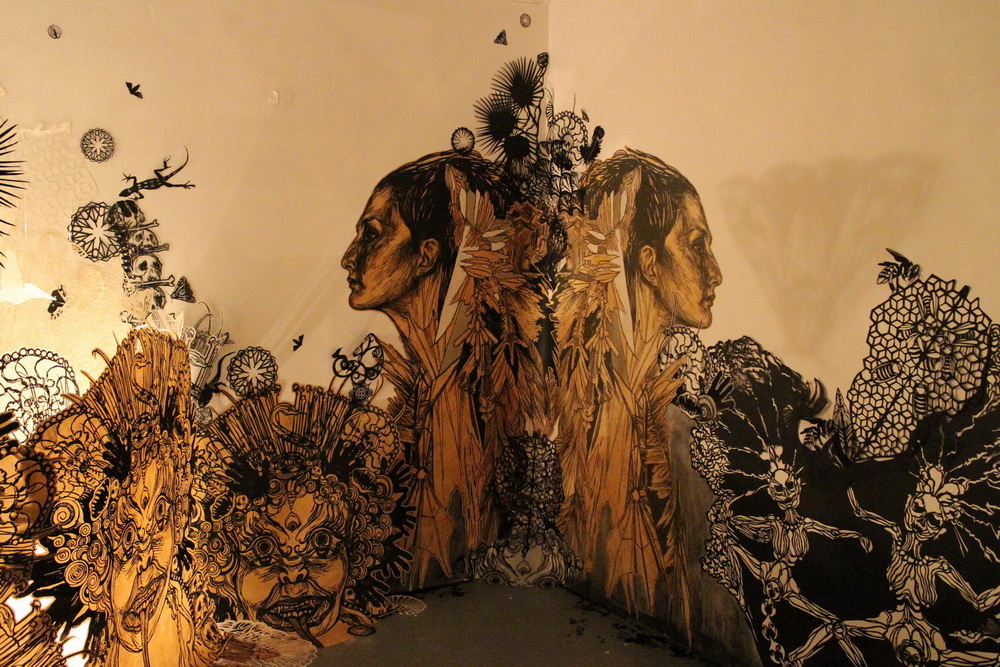 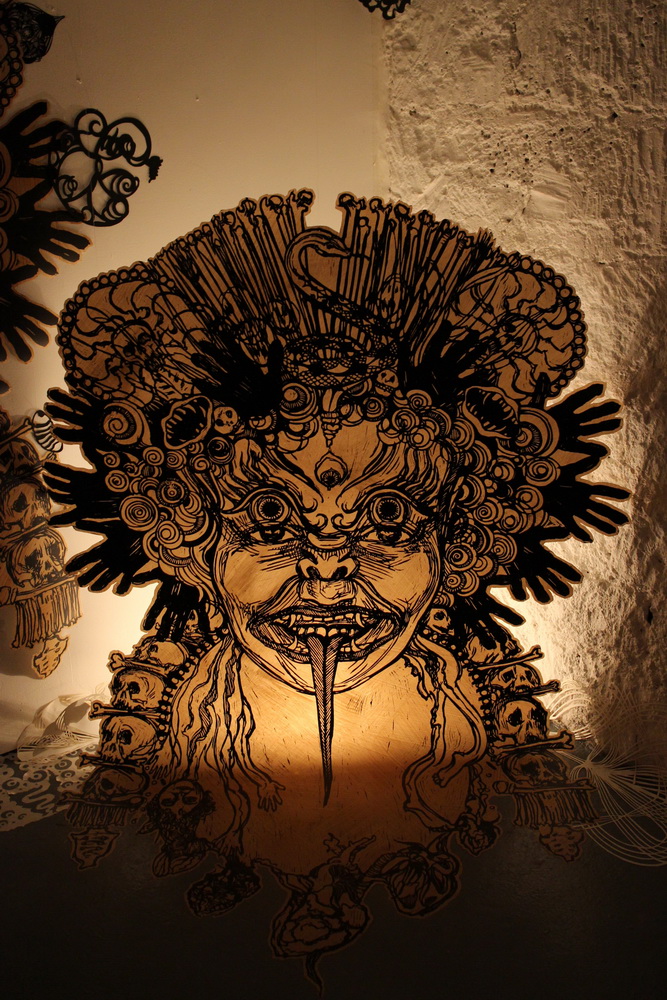 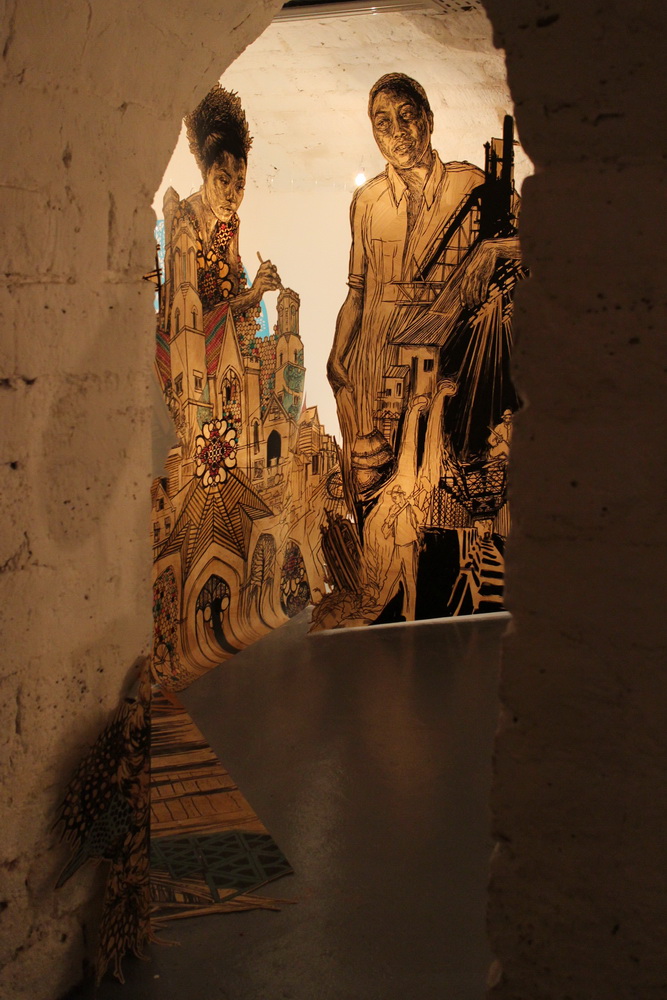 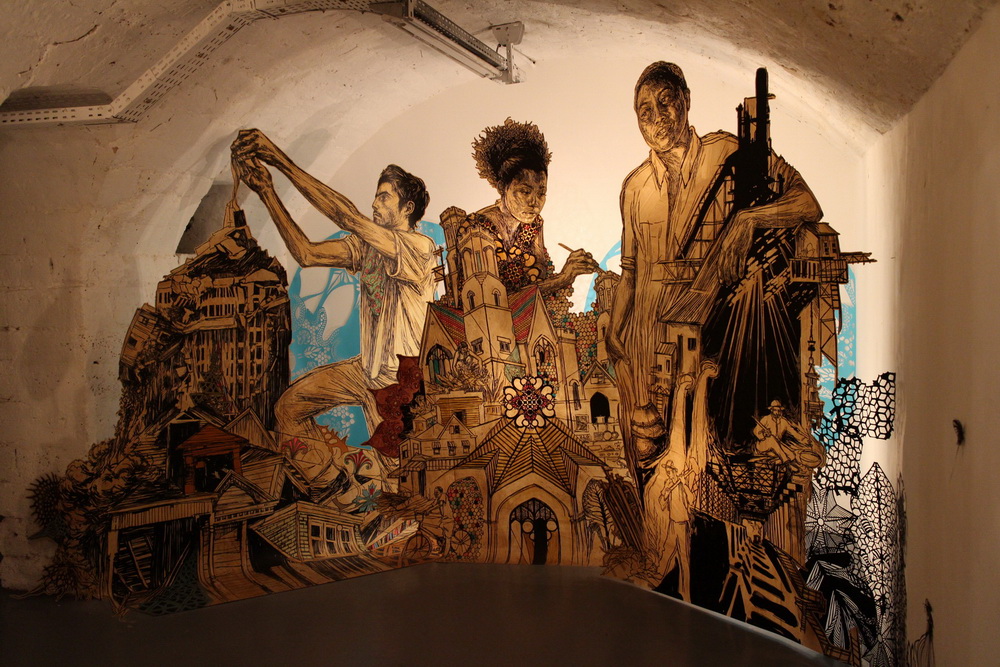