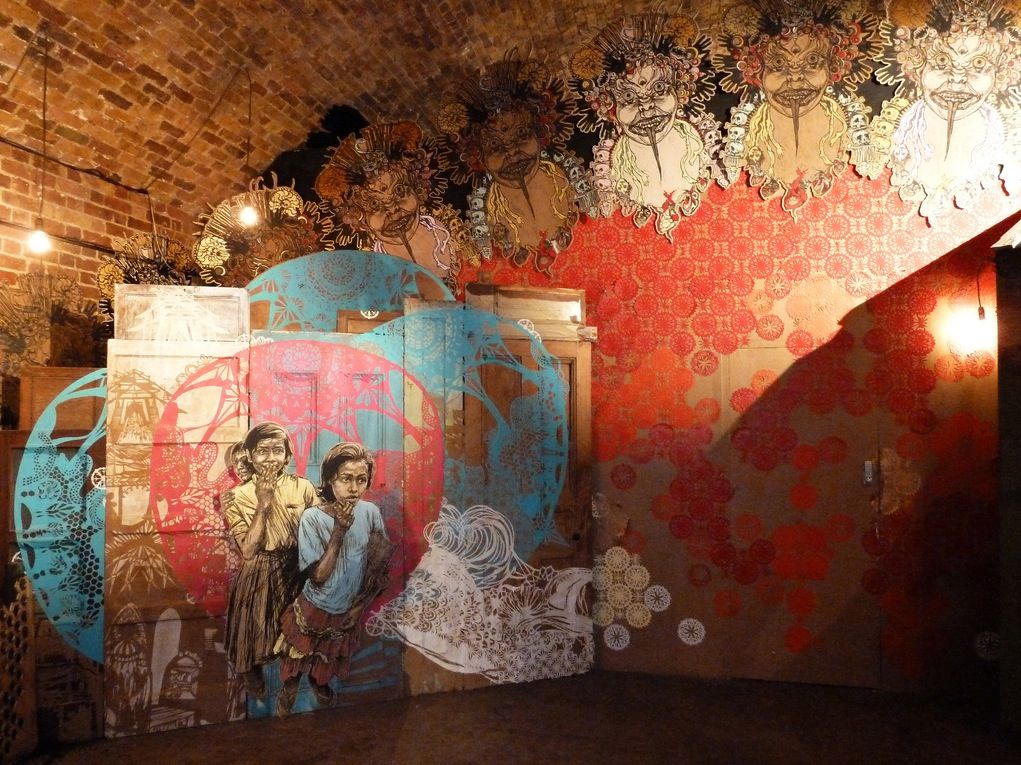 Earlier this month, Swoon’s (interviewed) first London solo exhibition opened up at the Black Rat Projects. She has spent three long weeks transforming the gallery space with sculptural paper installations that she collectively entitled Mumuration. The project utilized imagery from much of her previous work including her Art in the Streets install at the MOCA, Thalassa at the NOMA, Anthropocene Extinction at the Boston (ICA).

More photos after the jump via Smart Hype. 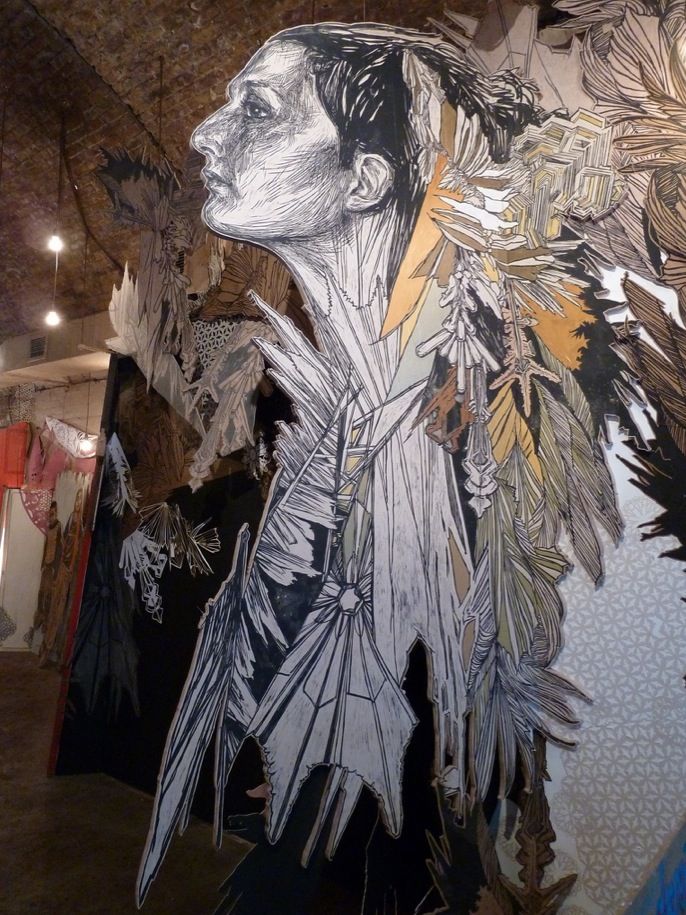 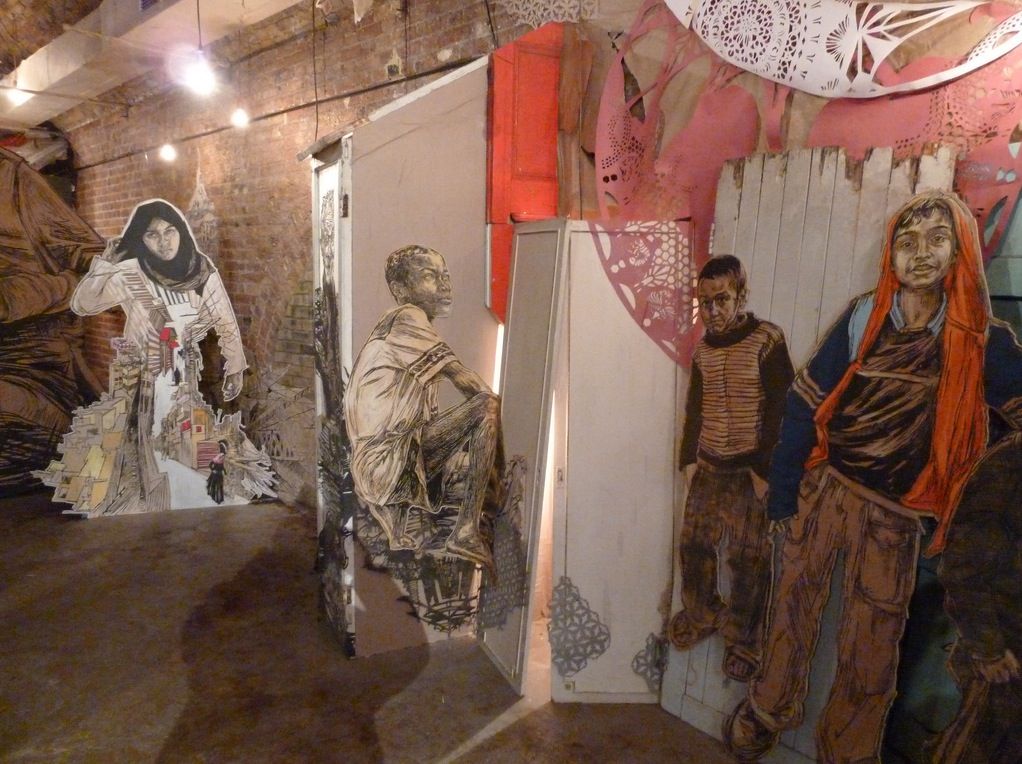