Since her performance art/installation piece “Define Progress” (video below) from the Surplus Candy group show a couple months ago, Brooklyn-based artist GILF! continues to raise awareness around the topic of gentrification in New York City. With the recent closing of the graffiti mecca 5Pointz in Long Island City, the murals that once graced the walls of the block long building was white washed as the precursor for demolition. Now the warehouse complex known for graffiti around the world for over two decades will house two high-rise towers that will be developed into luxury condos.

GILF! created what appears to look like a huge roll of police caution tape with the repeating words “GENTRIFICATION IN PROGRESS.” Collaborating with BAMN (By Any Means Necessary), the two artists wrapped the former 5Pointz building on the Jackson Ave side with the tape, creating both controversy and a form of protest to express their views on the subject without actually damaging or vandalizing the building. 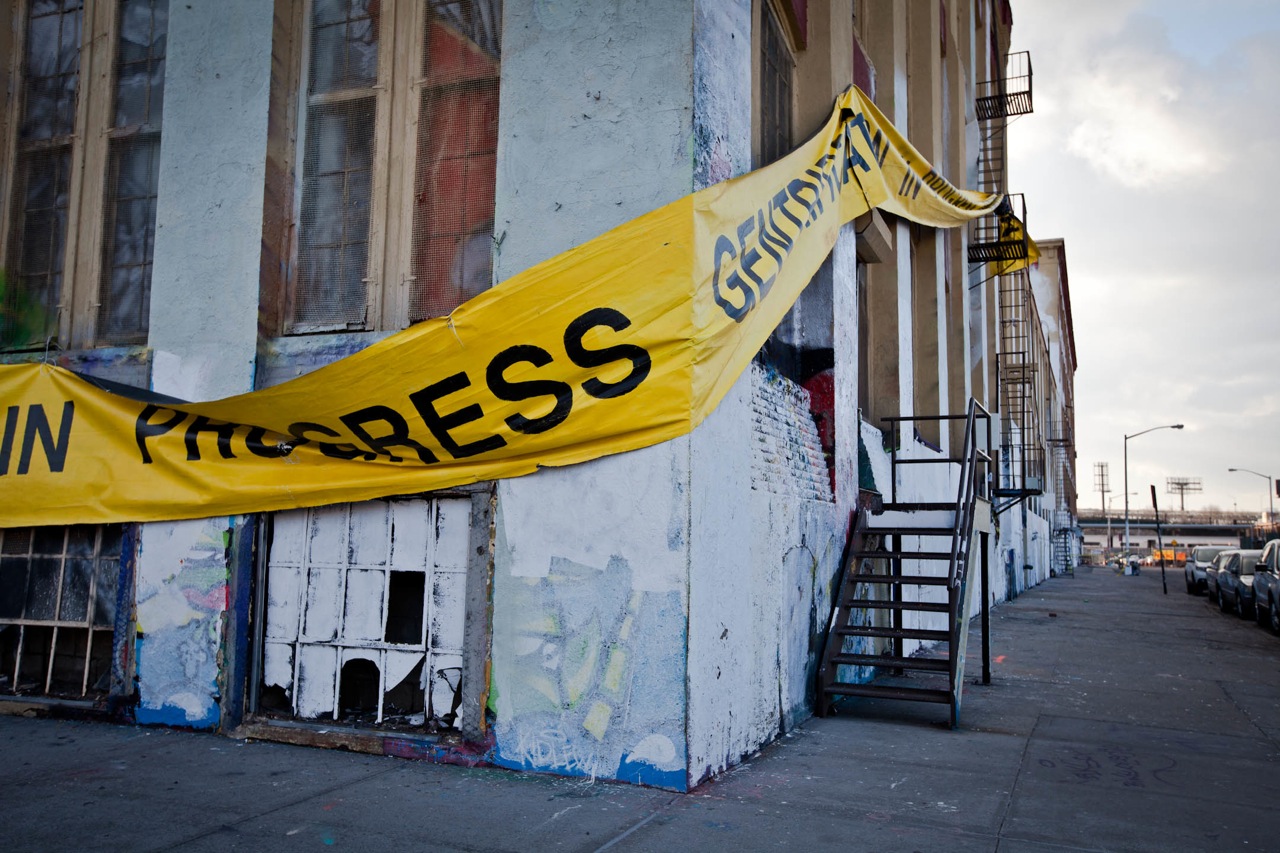 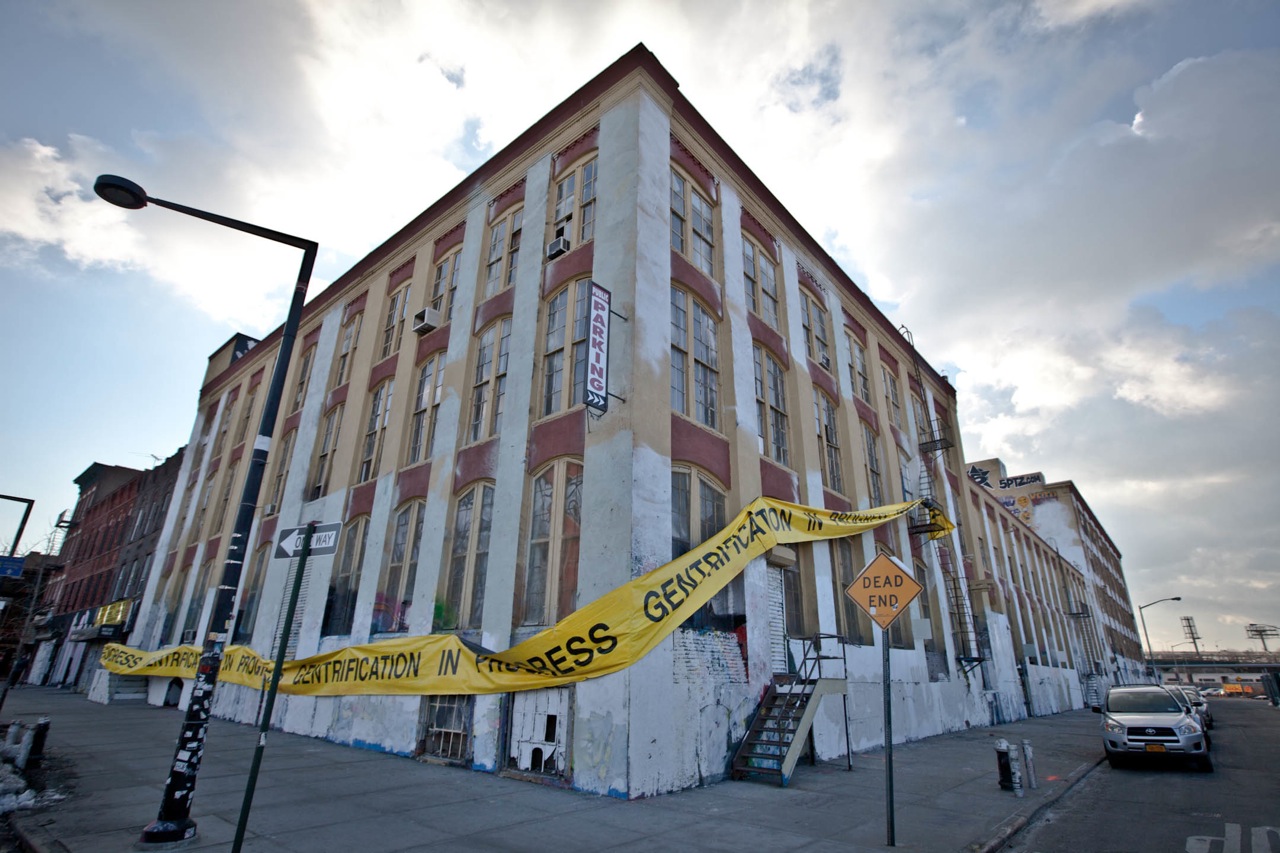 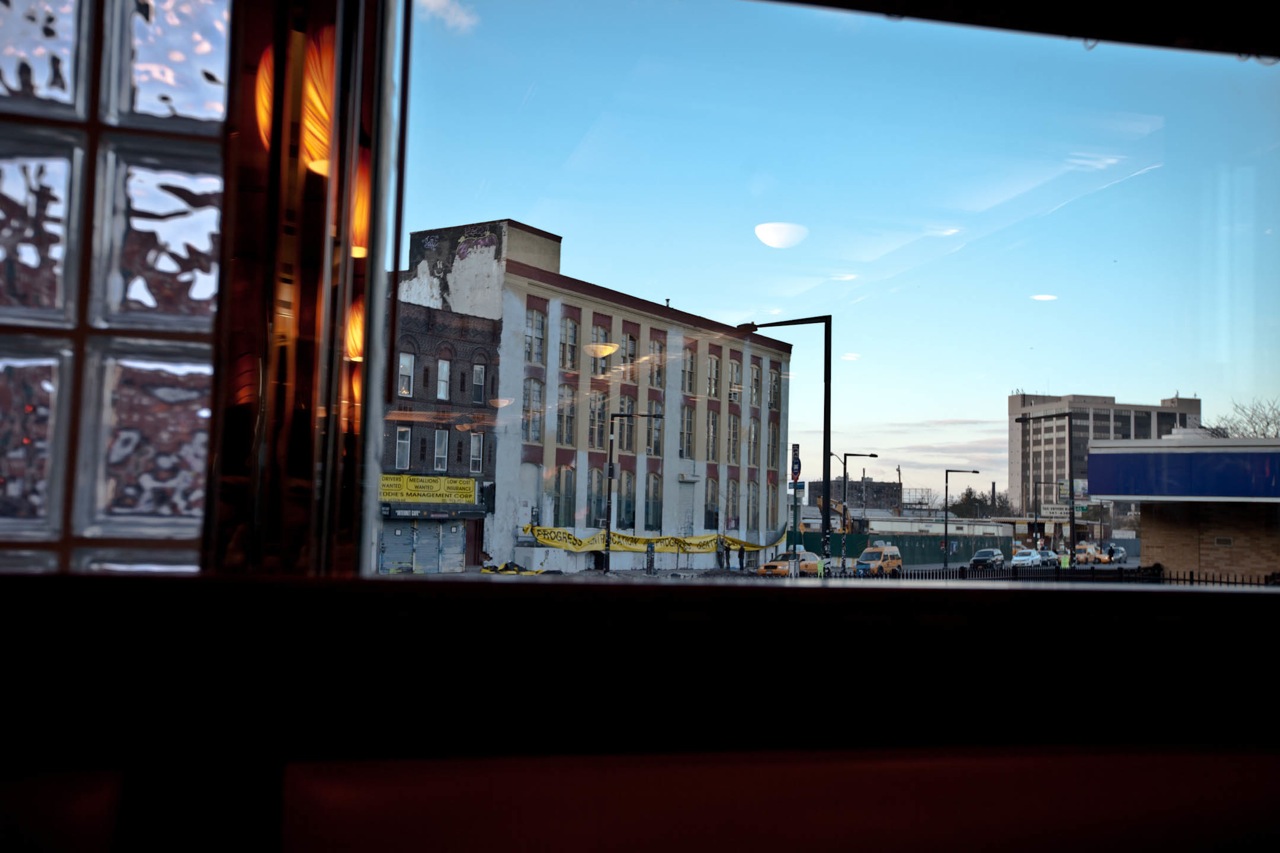