On Friday, 4th of April, Wunderkammern Gallery in Rome opened the first Italian solo show by Aakash Nihalani. Famous for his street installations and works that play with geometry, perspective and optical illusion, the NYC-based artist created a whole new body of work for this show. More similar to his recent street interventions, the new work is even flatter but at the same time even more dimensional and interactive. And, it’s his ability to create such contradictory effects that makes his art so special and curious.

Focusing on the most basic, simple ways of achieving perspective and giving the illusion of depth, Aakash keeps reinventing new ways in which his works interact with the space. As in his public works, he uses canvas not as a surface to paint on, but more of a base to build his installation. By using a super limited color palette consisting of black, white and very bright colors, while painting or creating strictly bold, straight lines, the American artist creates works that play games with the human mind. While completely non-organic looking, his work seems very simple and logical. But, often it’s the subtle irrational elements on his works that are deceives the observer’s eye, and they trigger further examination. Simple double perspective, illogical placement of shading or the way the elements interact with each other, keeps your eyes glued to the work trying to make sense of obviously very abstract pieces.

Along with showcasing new works, Aakash introduced a new series of limited edition works, painted a site specific installation inside the gallery space, as well as created a huge mural on the streets of Rome. The show will stay on view until the 17th of  May. 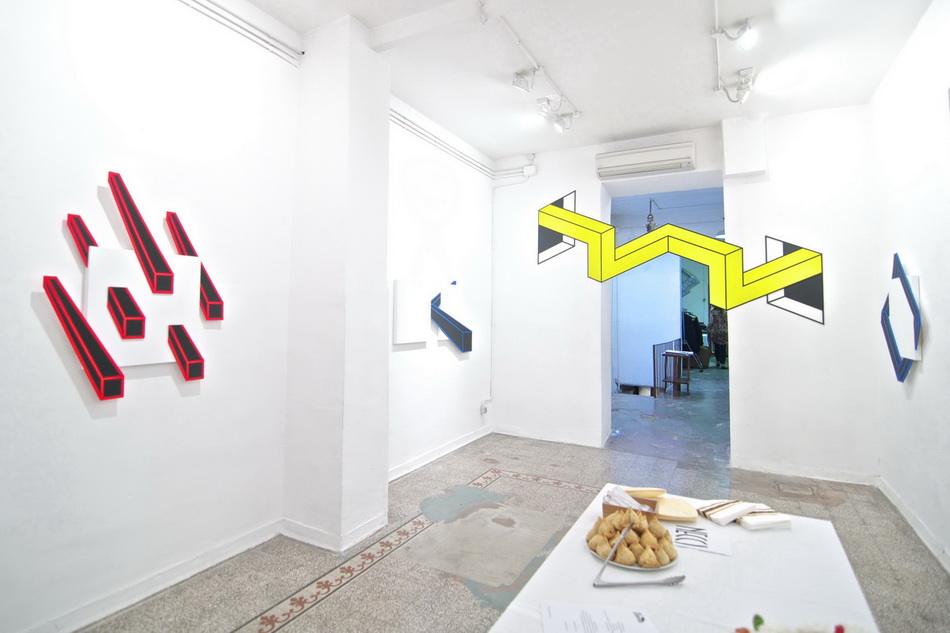 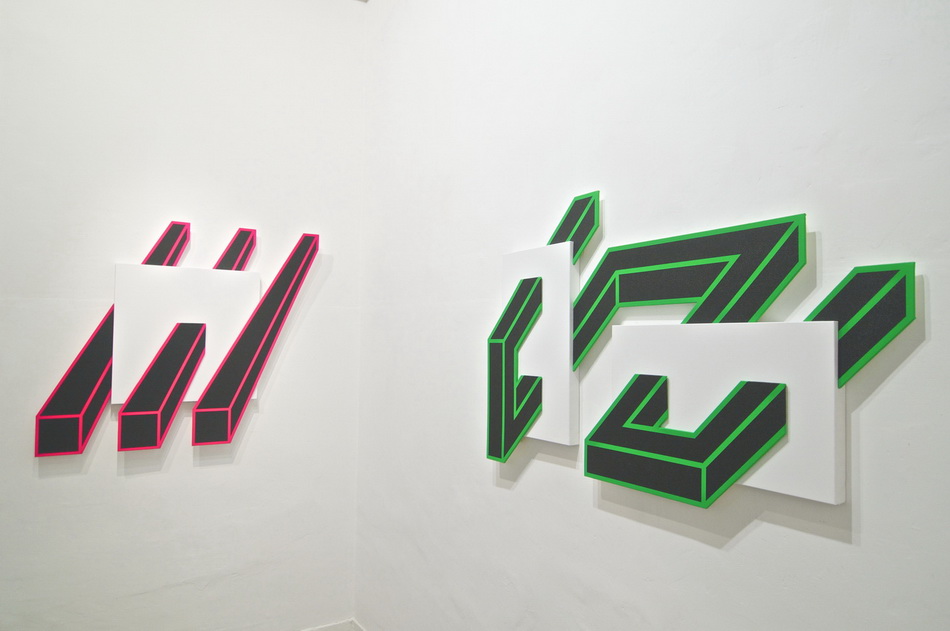 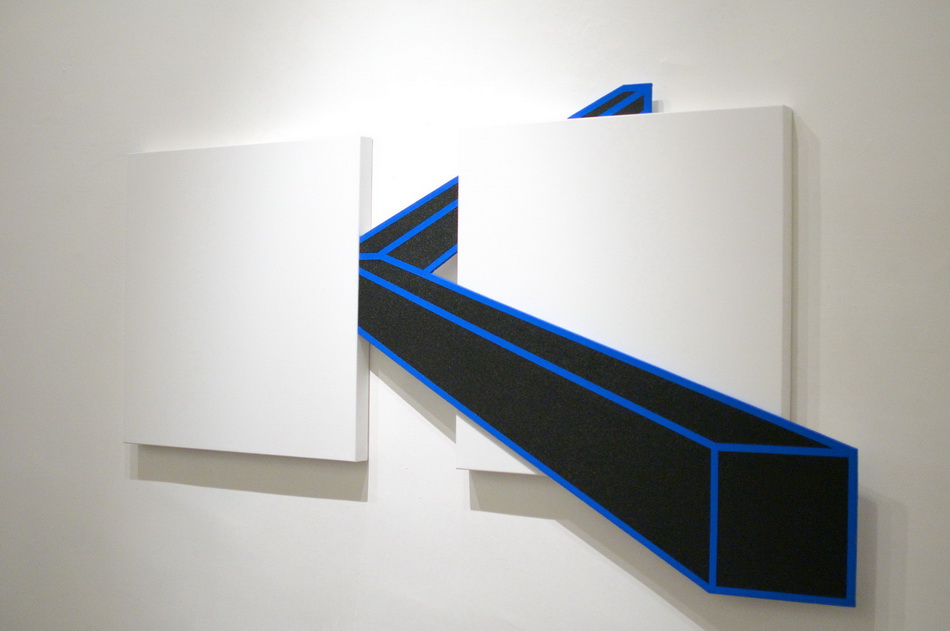 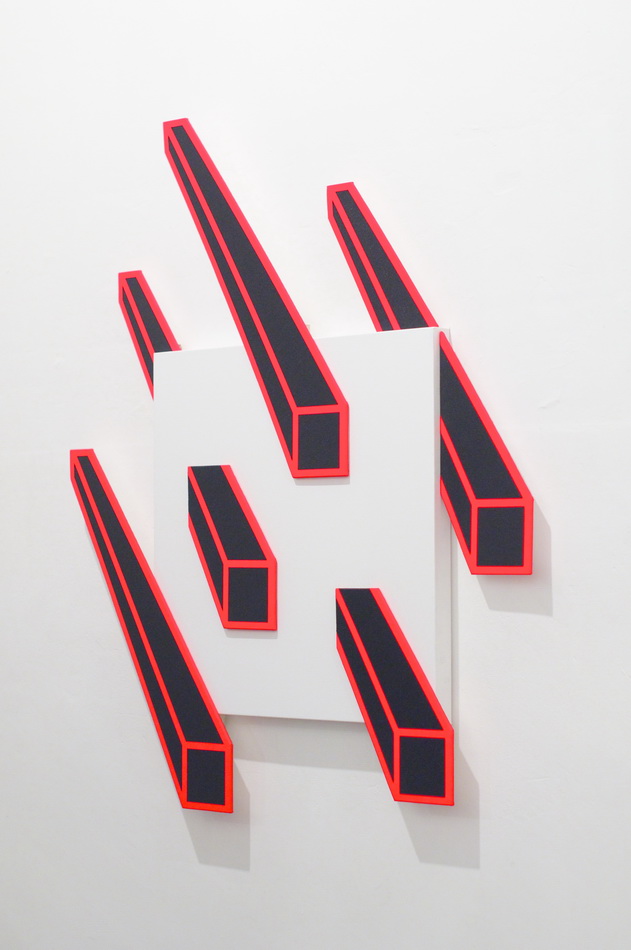 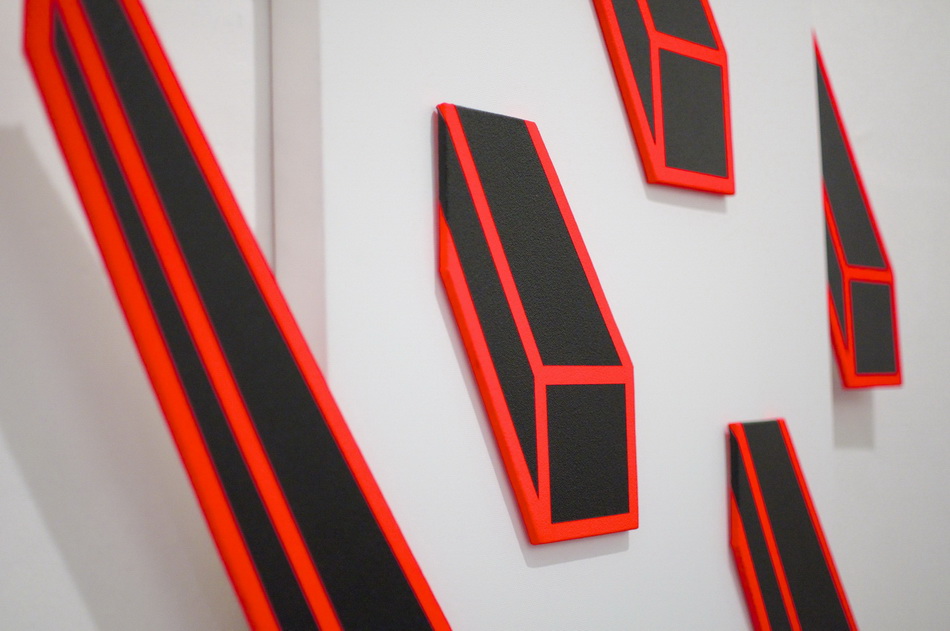 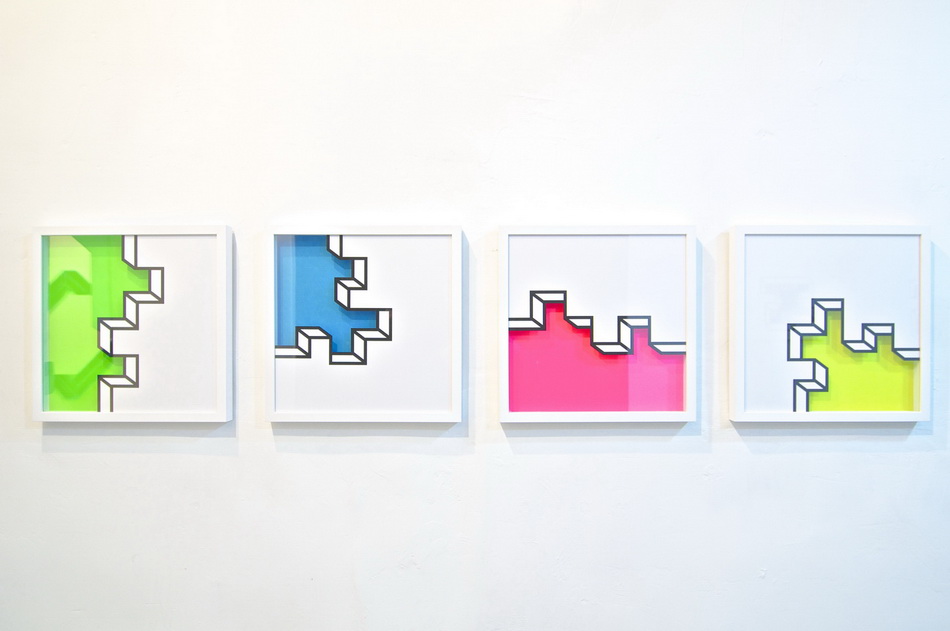 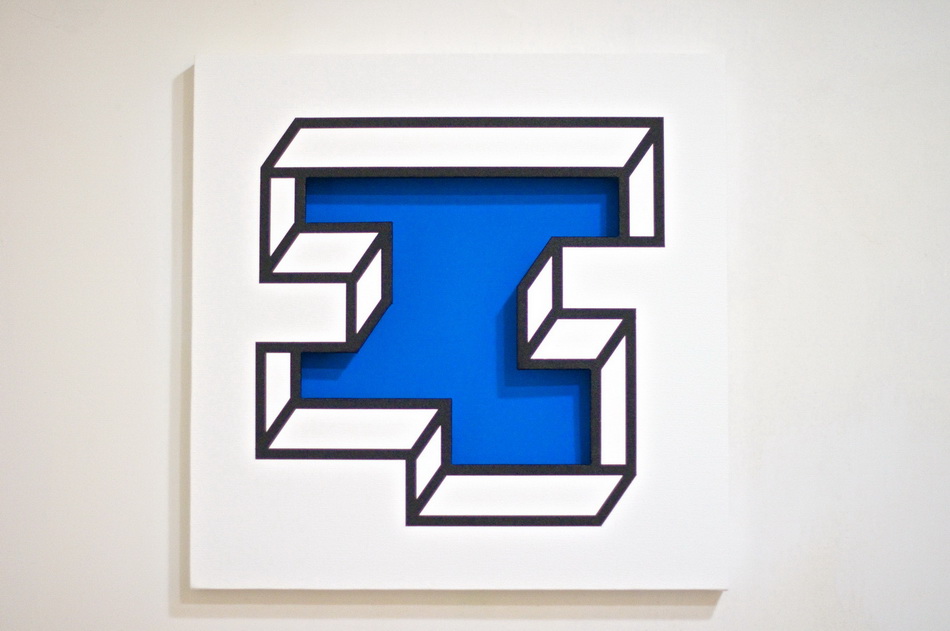 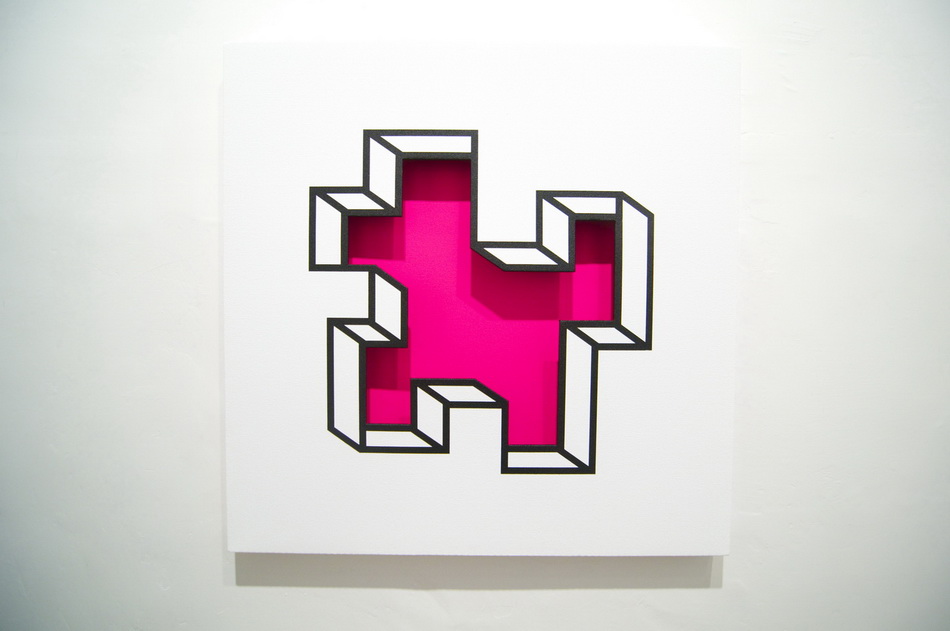