Inti was recently invited to La Mancha in Spain, in order to paint a large mural with his vision of Don Quijote, the famous book character by Miguel de Cervantes. After working on the wall for several days, creating a massive image with his familiar technique and colors, the finished piece was finally revealed. The Chilean artist did indeed change the usual look of Quijote by covering his signature mustache and goatie with a bandanna, and giving his hat more of a helmet looks. But, it was the subtle details that stirred up the spirits among local government that ended up with the threat of buffing the entire mural.

The symbols of a red star on Quijote’s hat, as well as on his shoulders and in his hand, but even more so, the sign 15M on the bandanna, split the public about what they thought the mural. The 15-M Movement is the name for a series of ongoing protests and demonstrations in Spain that started in 2011, and are still happening around the country. These protests demand “a radical change in Spanish politics, focusing on unemployment, welfare cuts, Spanish politicians, and the current two-party system in Spain. The members of the movement insist on the rejection of the current political system, capitalism, banks and political corruption, and call for basic rights, which consist of home, work, culture, health and education rights.” Even though it has been reported by “the Spanish public broadcasting company, that between 6.5 and 8 million Spaniards have participated in these protests,” they are still seen and labeled as terrorists by the mainstream media and the government.

After the representatives of the local government protested and were planning to cover up the mural, while Inti refused to change his finished work, the organizers found a compromising solution. Inti made the M15 text not as visible, but also, the character got his heart broken as he painted a big crack in the middle of it, symbolizing the unpleasant experience surrounding this mural. 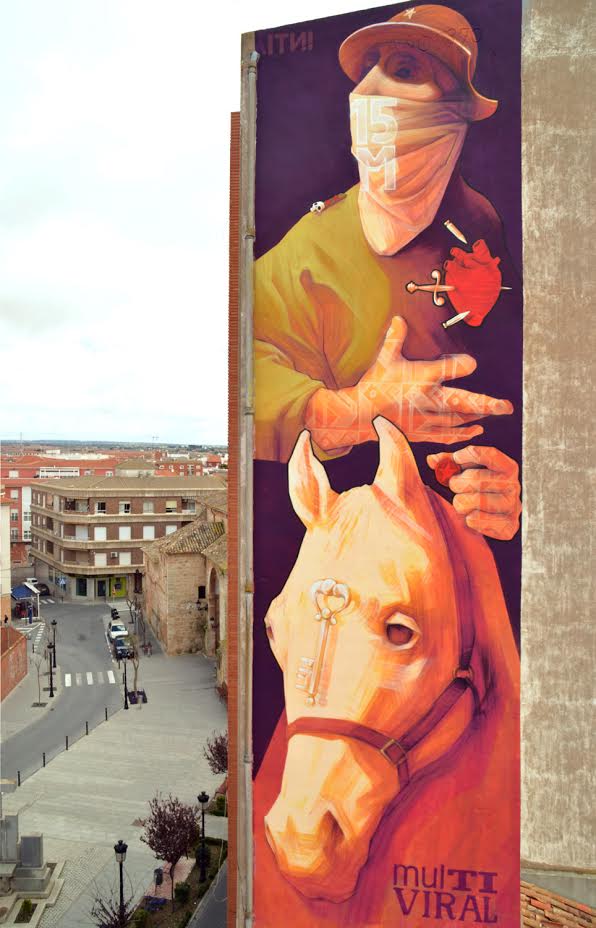 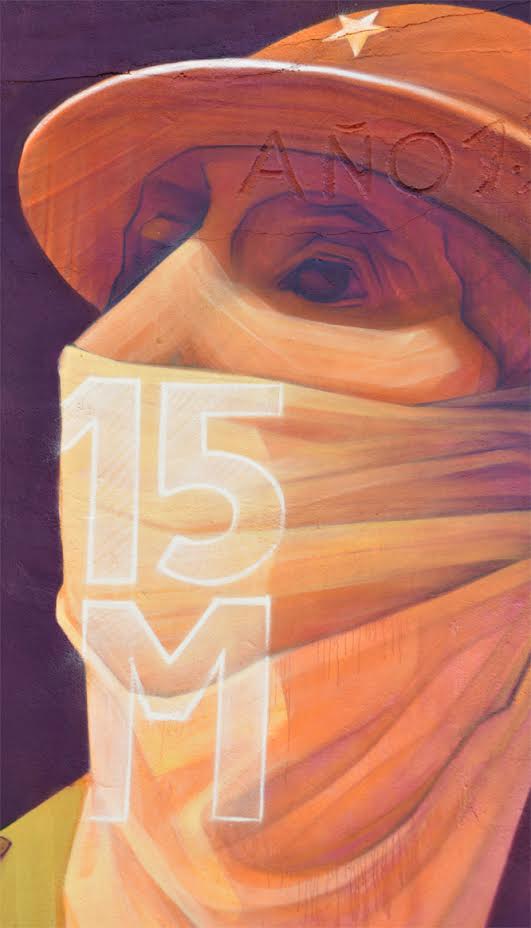 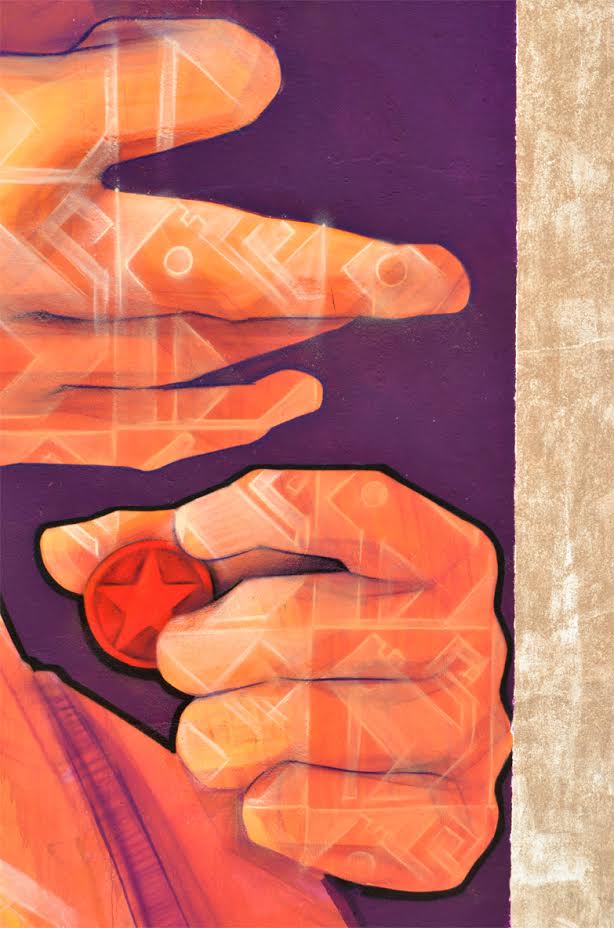 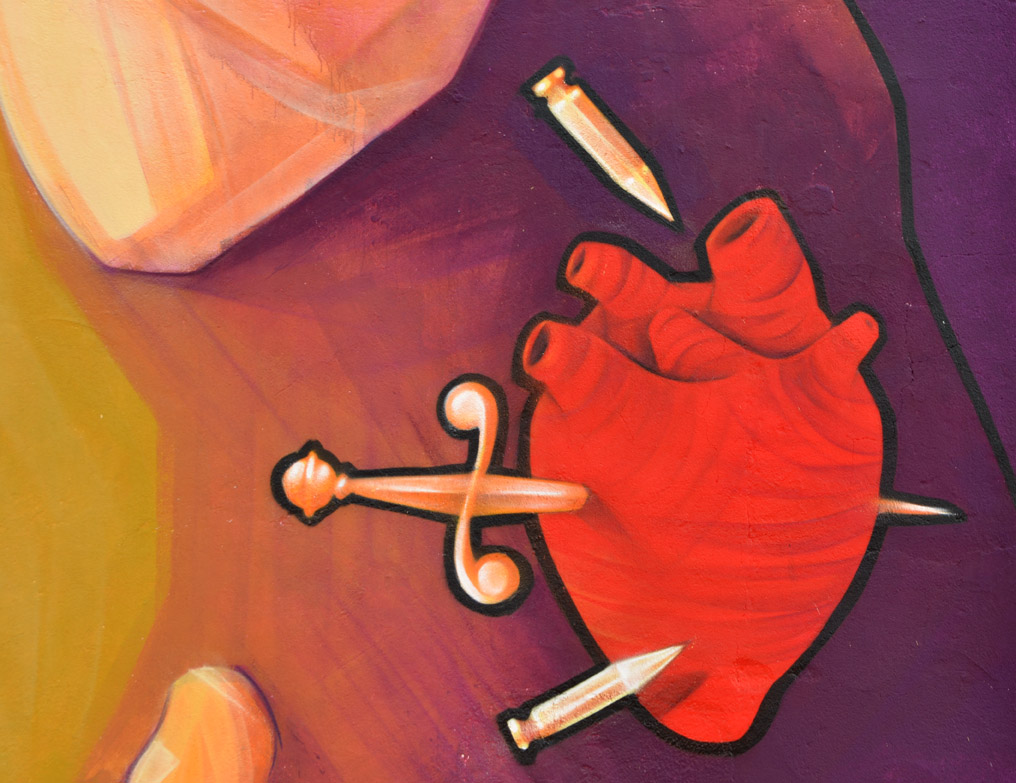