In their second collaboration, artists Martin Wittfooth (interviewed) and Jean Labourdette have created captivating new works for De Amina, which opened at Roq la Rue on May 1st.  Hidden meanings and symbolism are used heavily between the two works, with animals playing a heavy role in defusing the messages of consumerism and our culture’s constant need to upgrade.  Visually less obvious is the commentary on our psyche.  The show title itself lends us clues as De Anima translates to “the soul”, which also references writings by Aristotle that discuss plant and animal intelligence and how their souls affect daily life and interaction with their surrounding.

Rather than separate the artists, the works are displayed together, culminating in the large triptych at the back of the gallery.  Martin’s seemingly life-sized performing elephant is flanked by Jean’s realistic depictions of pit bulls replete with sacred hearts.  This evocative piece and the other equally impressive works can be seen until May 31st. 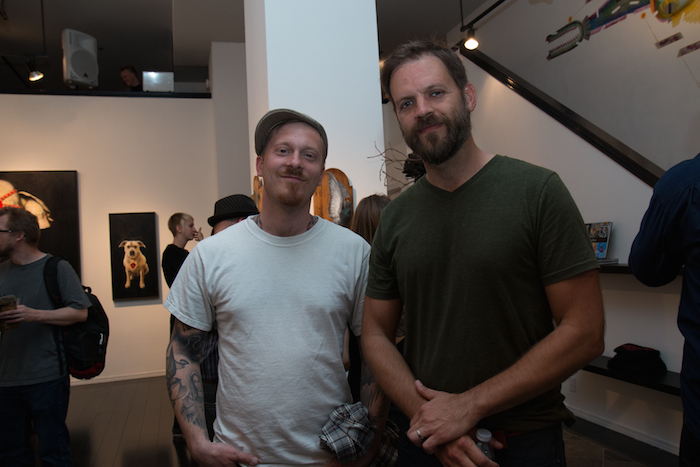 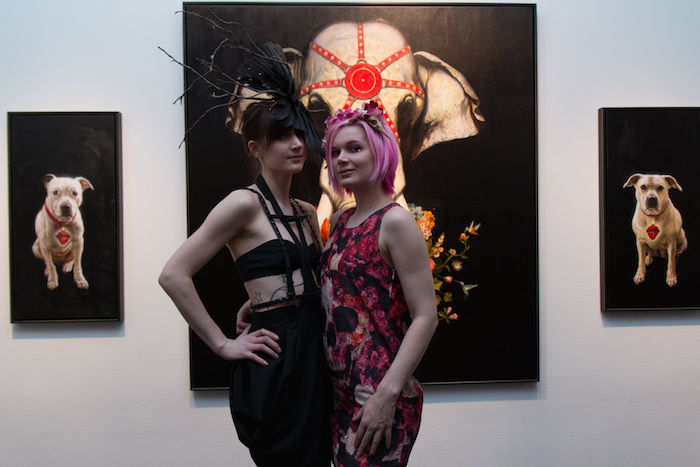 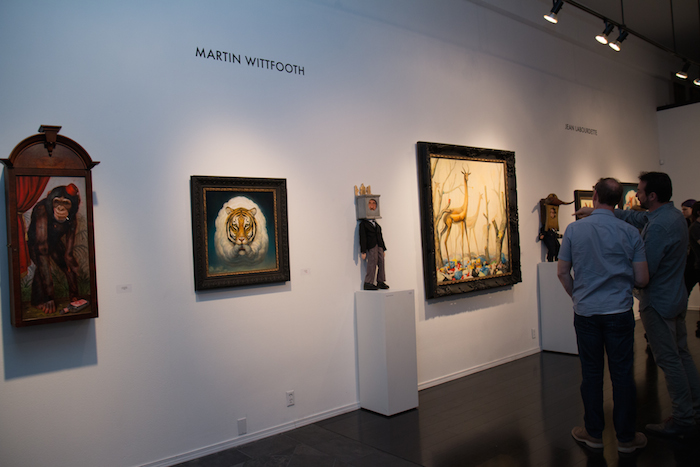 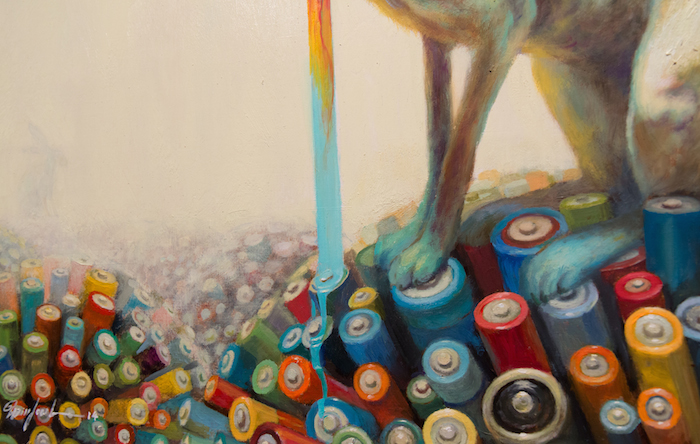 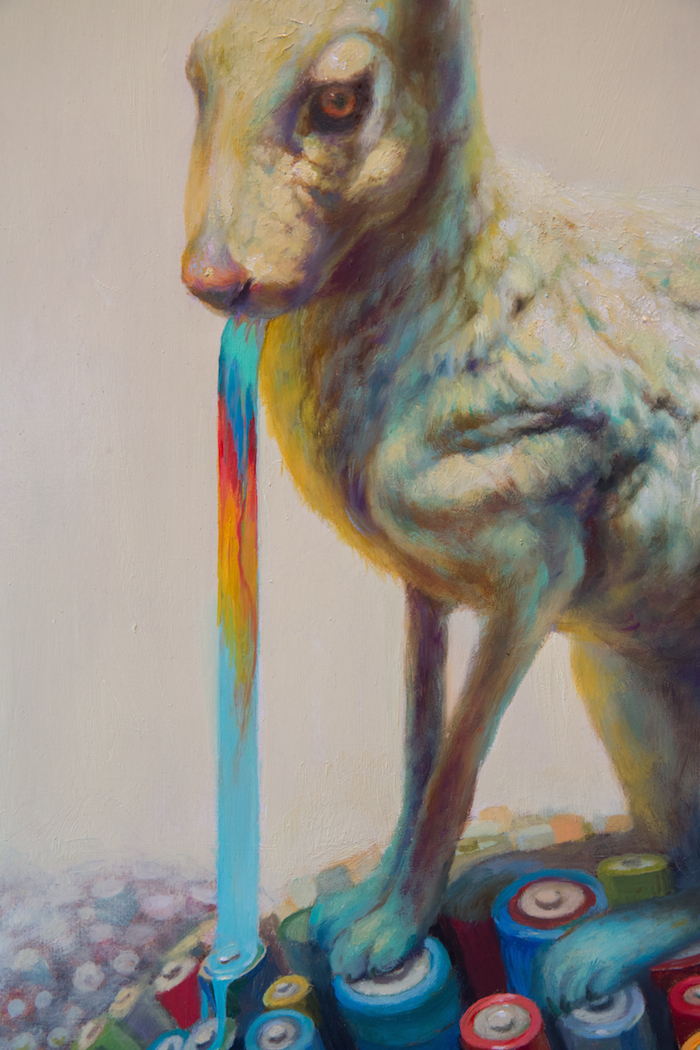 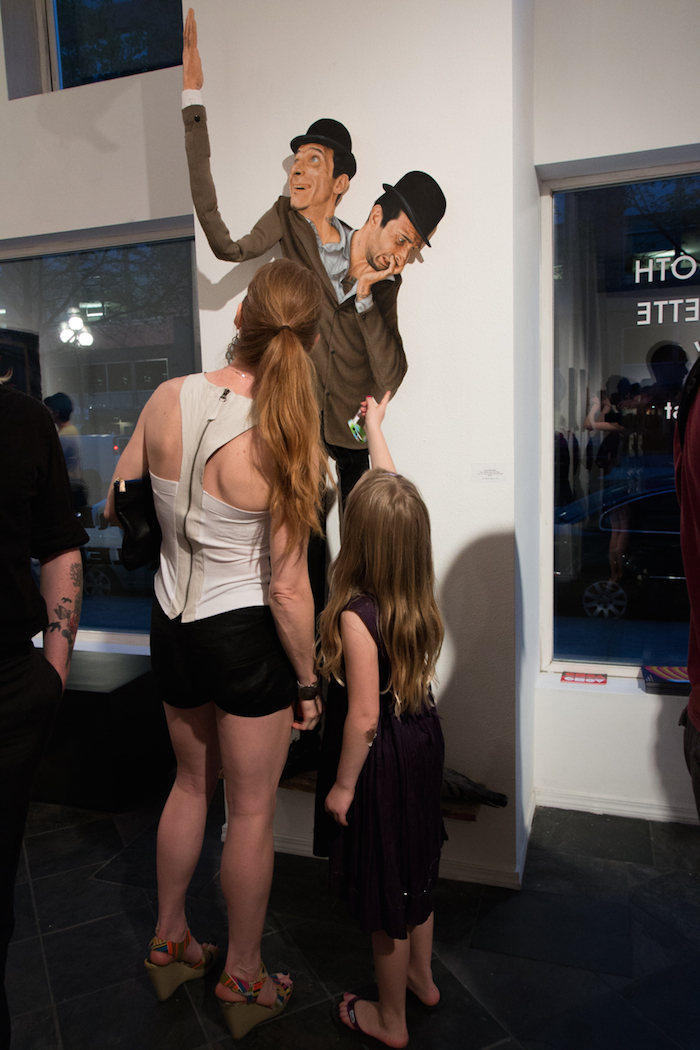 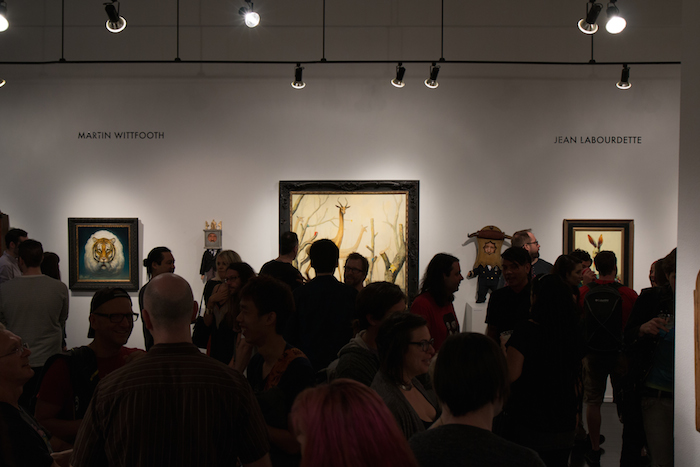 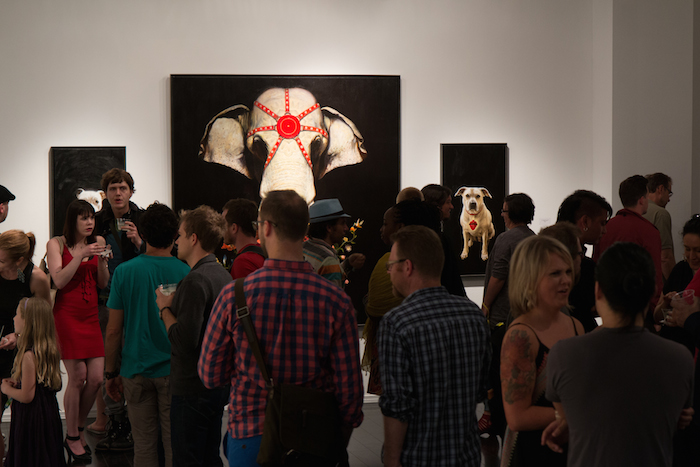