Forsaking his adopted hometown of Portland for several weeks, Souther Salazar traveled to Denver in order to bring a new installation to life at the David B. Smith Gallery. Working onsite, he created a snow covered landscape full of sloth like creatures ensnared in conflict with a thin tongued beast rising out of a colorful pool. Titled Today is the Day, it includes all of the signature Salazar elements including his color palate and the feeling of boundless imagination. Despite the violent motif, the piece has a good natured feel making it seem like it is more likely a nostalgic reference to a childhood imaginary toy fight than an image of an actual alien conflict.

AM was on hand May 2nd when it was unleashed as part of a two person show alongside Denver artist Tobias Fike’s newest series Then and Now and Then. Tobias utilized a number of mediums to create the work for the exhibitoin including video, projection-based sculptural work and a ten foot tall pyramid of cardboard boxes.   Seen together, the two artists create a perfect contrast of the mysteriousness of life and the power of having a fantasy universe as an escape.  The show will be on display until May 31st. 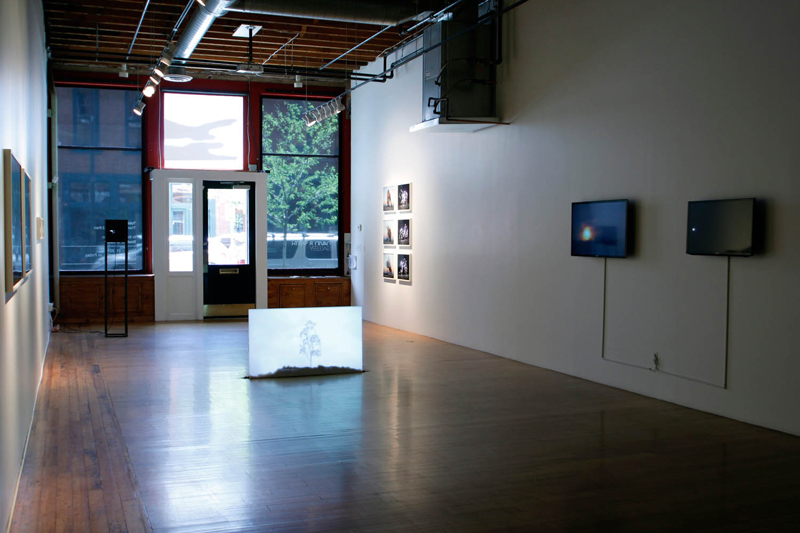 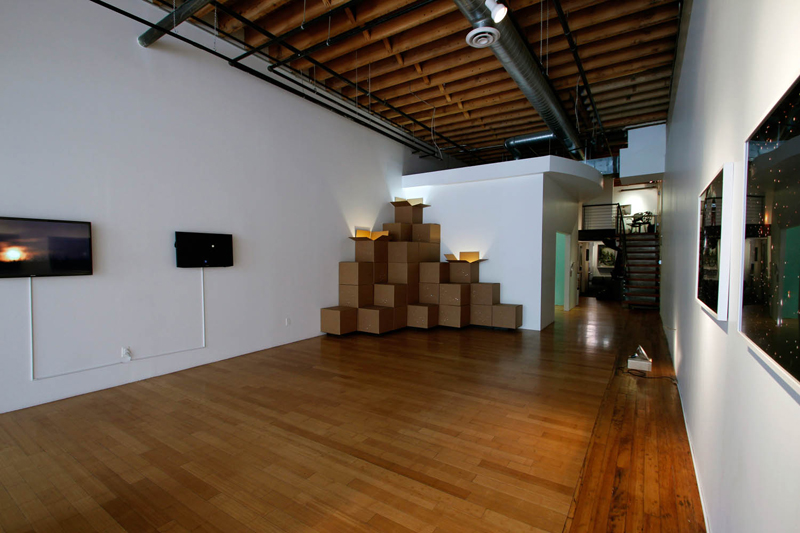 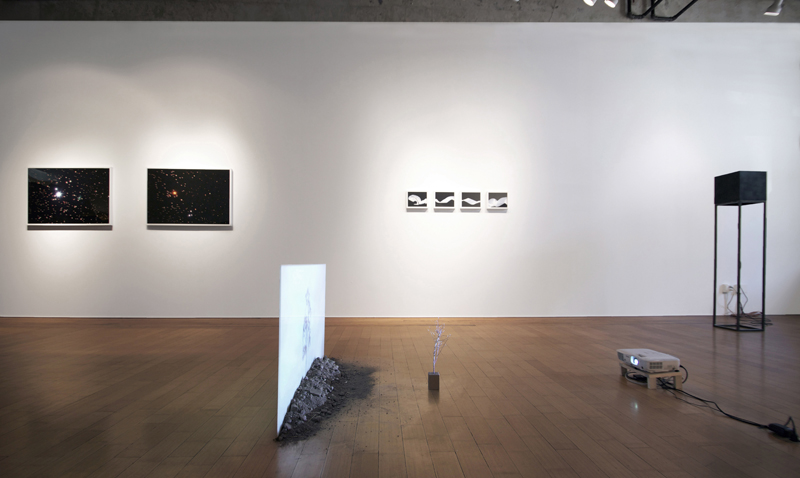 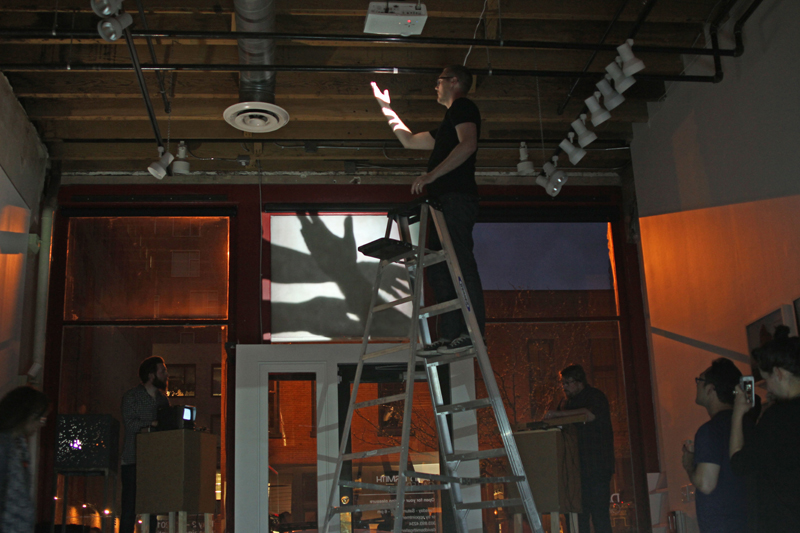 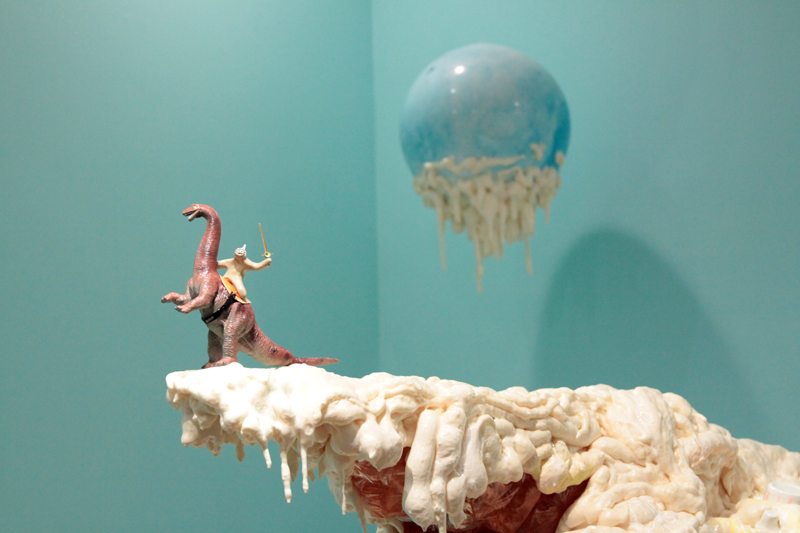 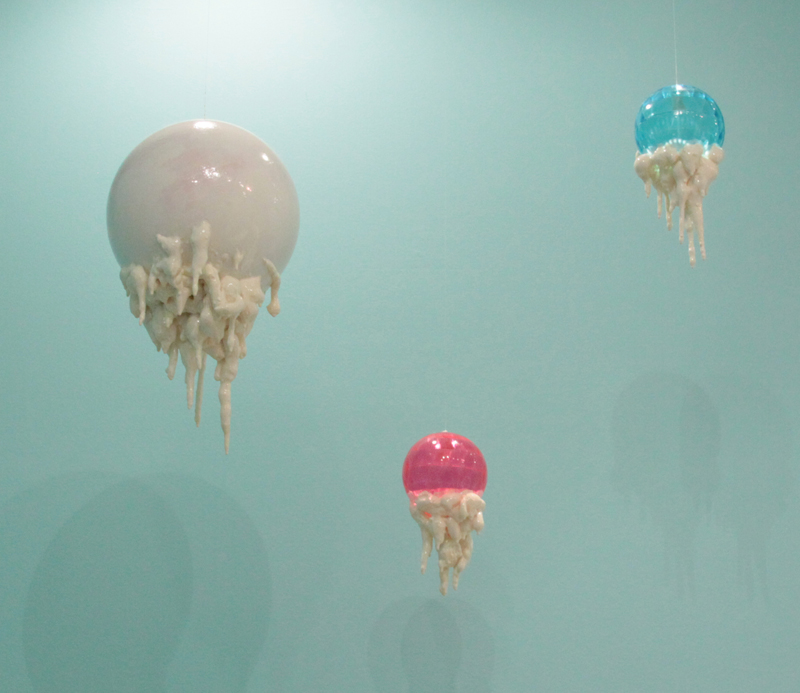 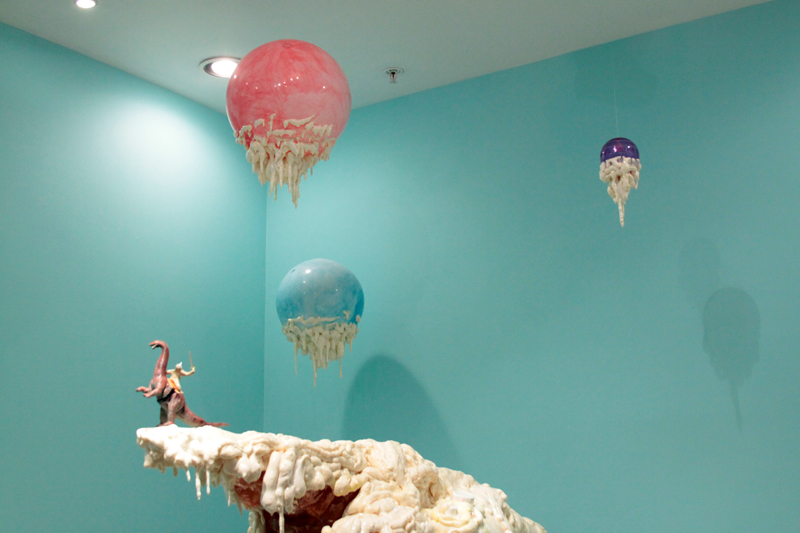 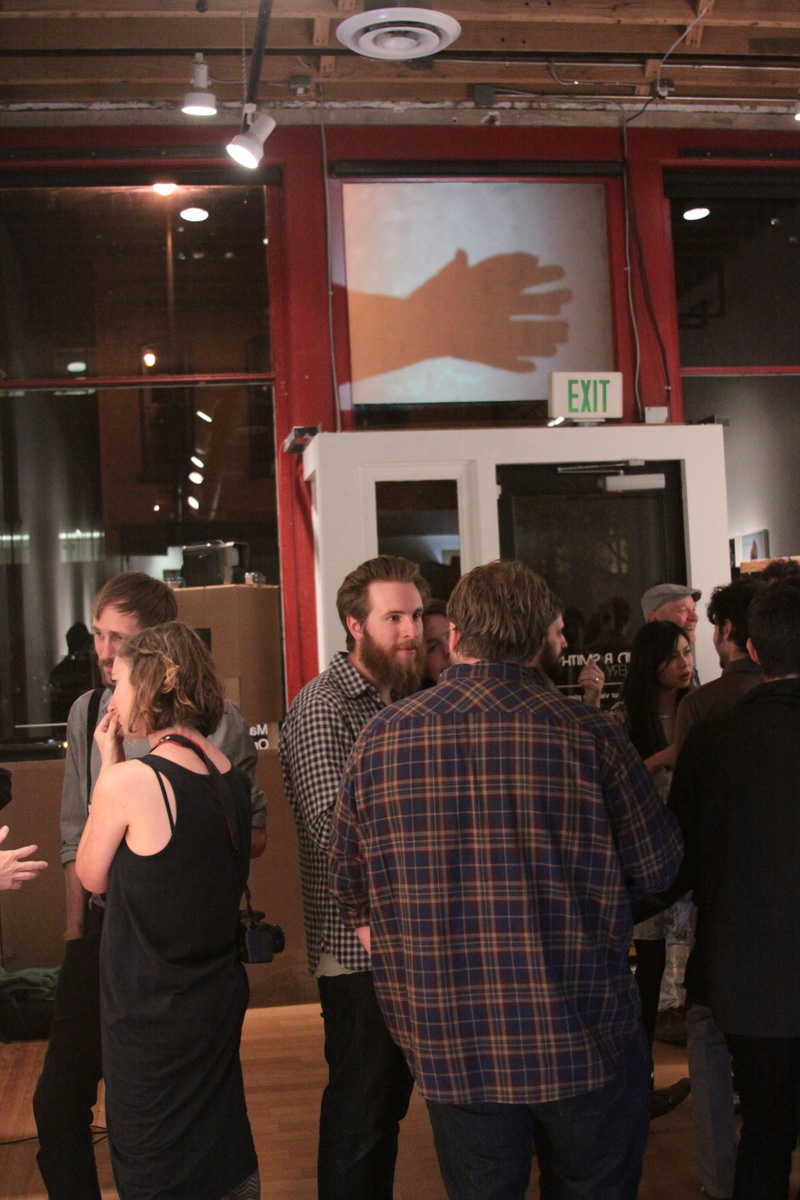