Tomorrow night (June 5th), Roq La Rue in Seattle will be opening a solo show from Andy Kehoe entitled Inner Mystic. The paintings as well as some of the more sculptural & dimensional pieces he has been working on of late all feature his signature autumn hues, and see his woodland creatures continue their adventures whether they be by the light of day or by moonlight. He describes his new series by saying “I love creating a world steeped in mystery and mysticism, and it’s really up the the viewer to give any power or resonance. If there’s any magic to be found in my work, it stems from with in the individual viewer and their own desire to lose themselves in imagination, if only for a moment. One of the most gratifying aspects to my work is that people tend to relate their own stories and personal experiences to my imagery. In the most successful cases, I’m sharing a connection with someone through my work, and they’re creating their own personal mysticism and mythology in relation to mine. Another aspect I wanted to portray, was that the creatures are often molded from the inert mysticism of their environment. In some of the pieces, I made the characters as silhouettes, with their bodies being composed of the world around them.” 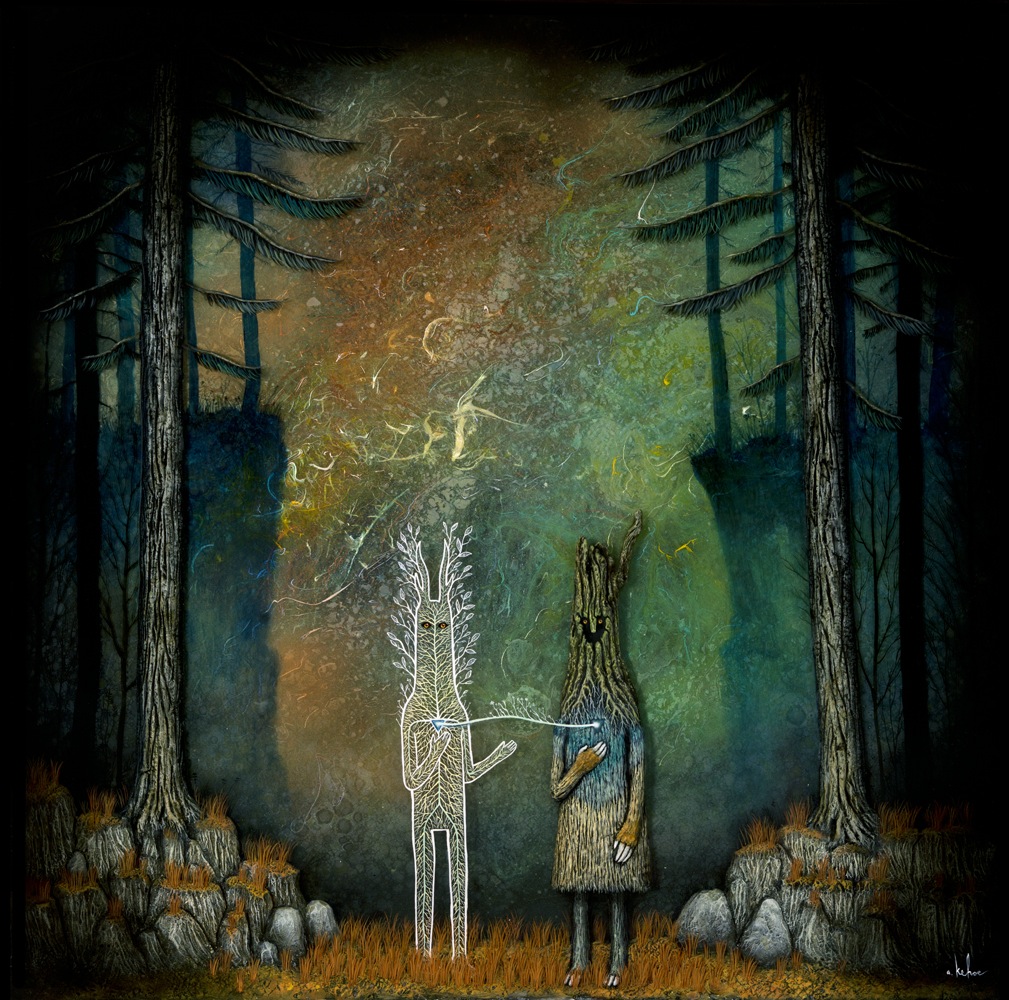 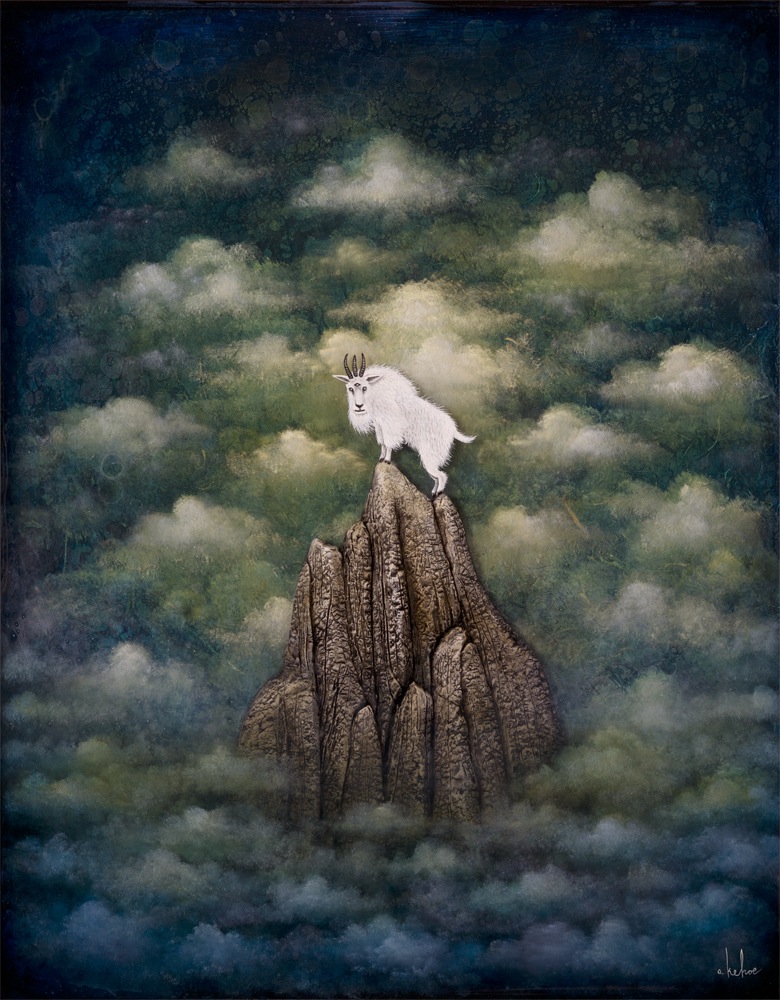 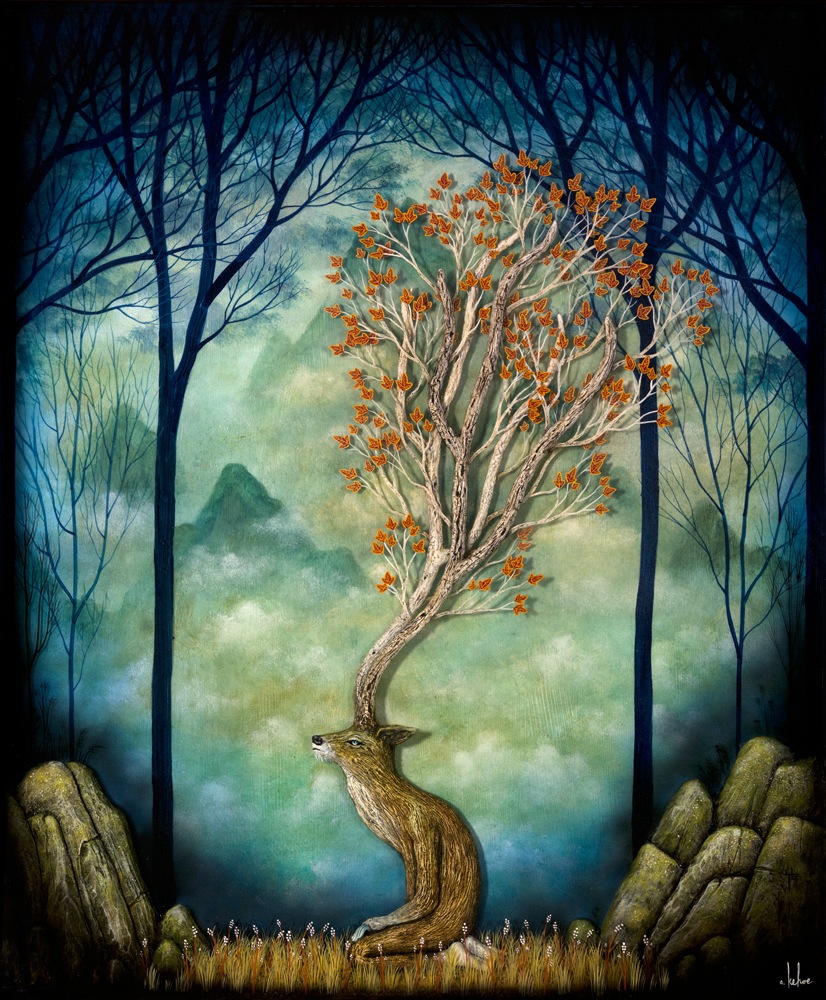