Master muralist Aryz was recently in Granollers, Spain, where he spent more than two weeks working on this impressive new mural. Titled Priape and Dememter, the piece shows two Greek gods symbolizing fertility and nature. Slightly more realistic than the work we are used to from the Spanish artist, the imagery featured the mythological beings rendered with Spanish features. Dark haired, and with Demeter wearing a floral dress, they could be seen as Spanish countryside people instead of gods. Either way, this majestic image of man and woman, surrounded with lush plants, evokes the grandiose propaganda murals from the times passed. Painted using his signature pastel colors, Aryz brings back an ancient era with this incredible creation. 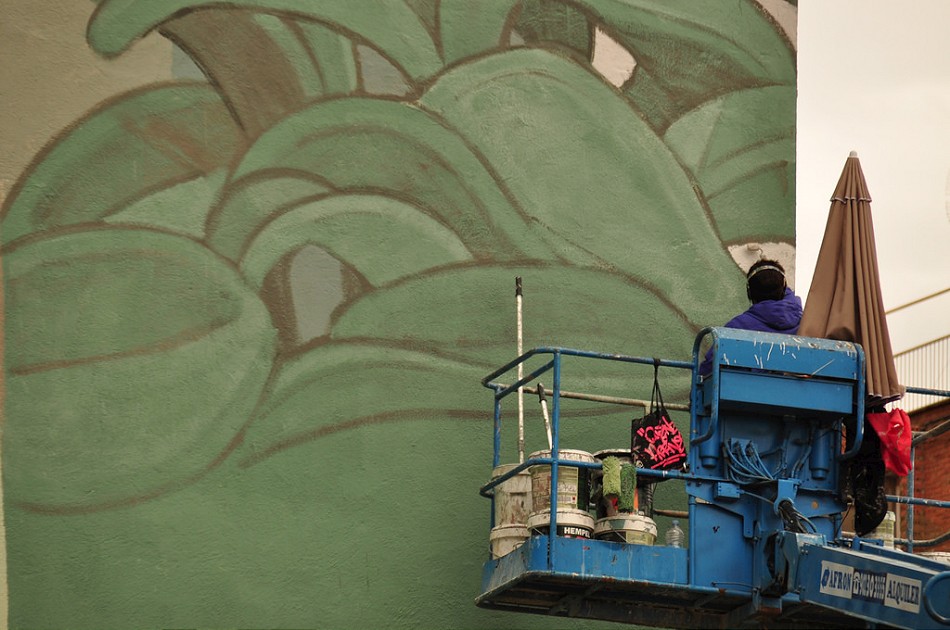 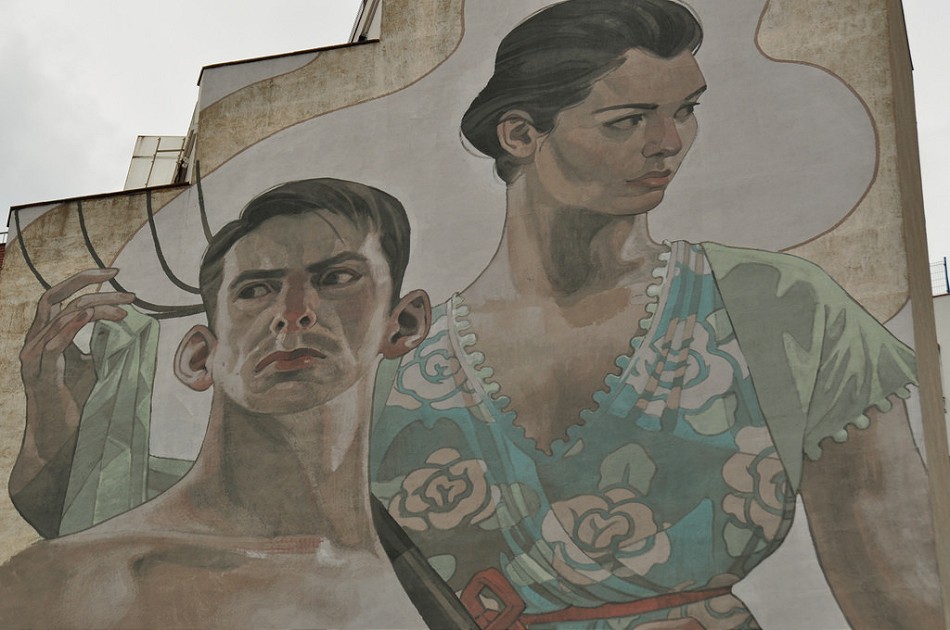 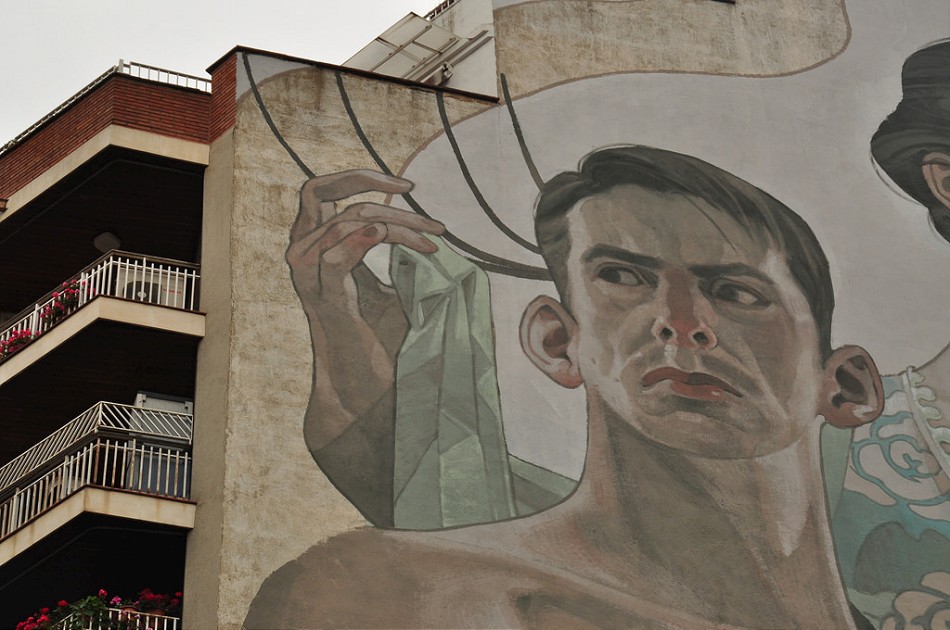 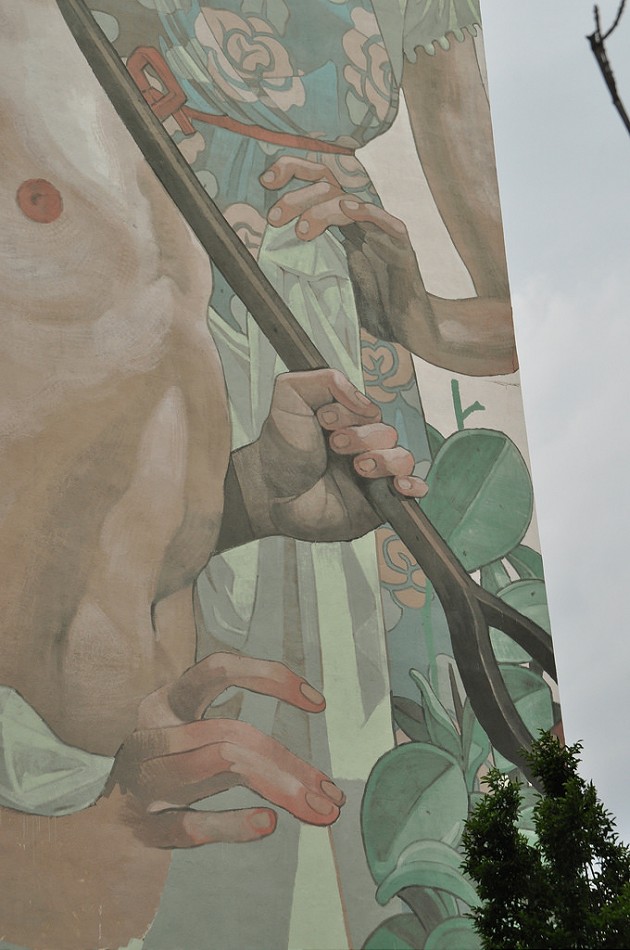 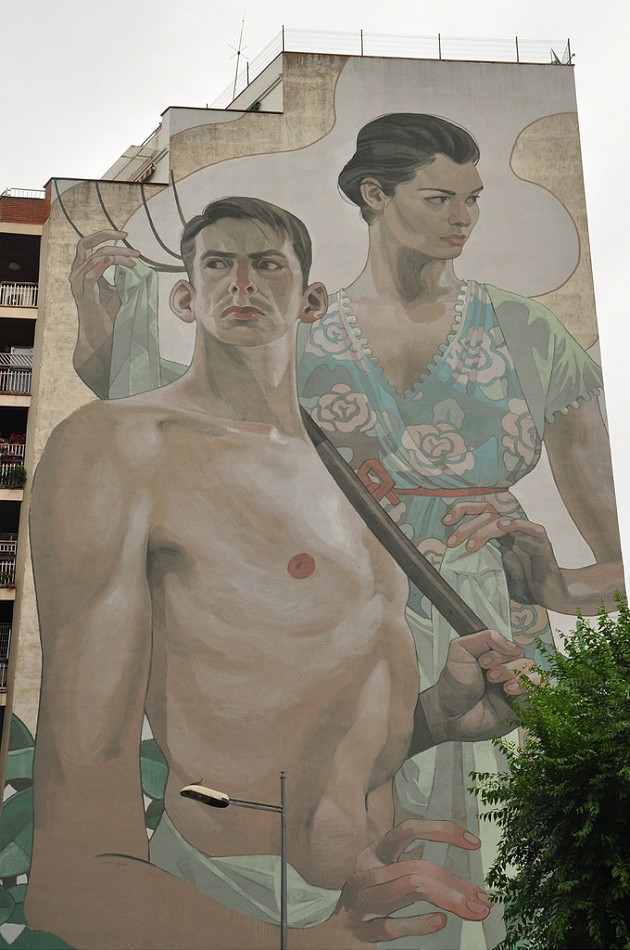 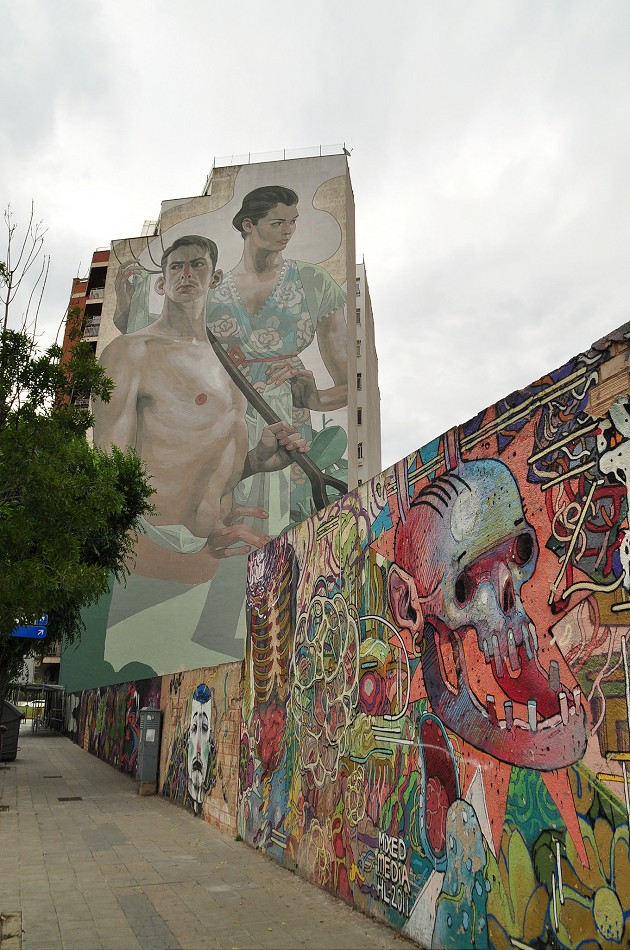