Continuing his recent work encompassing the animal kingdom (see 2013), explosive artist Cai Guo-Qiang has created a new striking installation on the Huangpu River in Shanghai. Entitled The Ninth Wave, this installation is the public face of a new solo from the Chinese artist at the Power Station of Art starting on August 8th. The boat with weary animals clinging to it takes its name from “Russian painter Ivan Aivazovsky’s 1850 eponymous painting, which famously depicted survivors from a shipwreck clinging to a mast as in the last throes of survival, expressing human’s helplessness in the face of nature’s unforgiving forces.” This remake is Cai’s social commentary on the state of the environment, specifically addressing the incident of 16,000 dead pigs found floating down the same river last year.

The show will be the first solo exhibition by a living artist at the institution, China’s first publicly funded contemporary art museum. Along with one of his famed firework performance pieces on opening day, he will also engage the public in helping him create The Bund Without Us, a large scale gunpowder drawing on paper as well as Spring, Summer, Fall, Winter, four gunpowder drawings on porcelain. Filling both the first and second floor of the museum will be eleven major works, six newly commissioned. 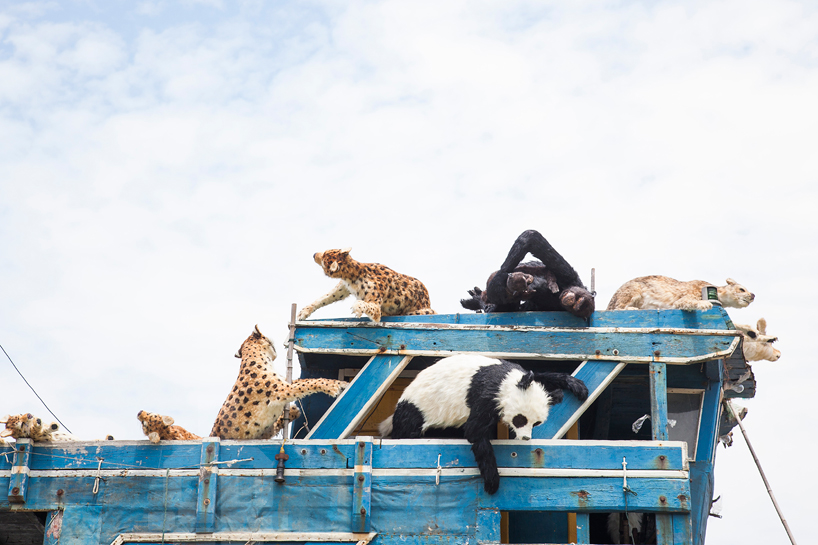 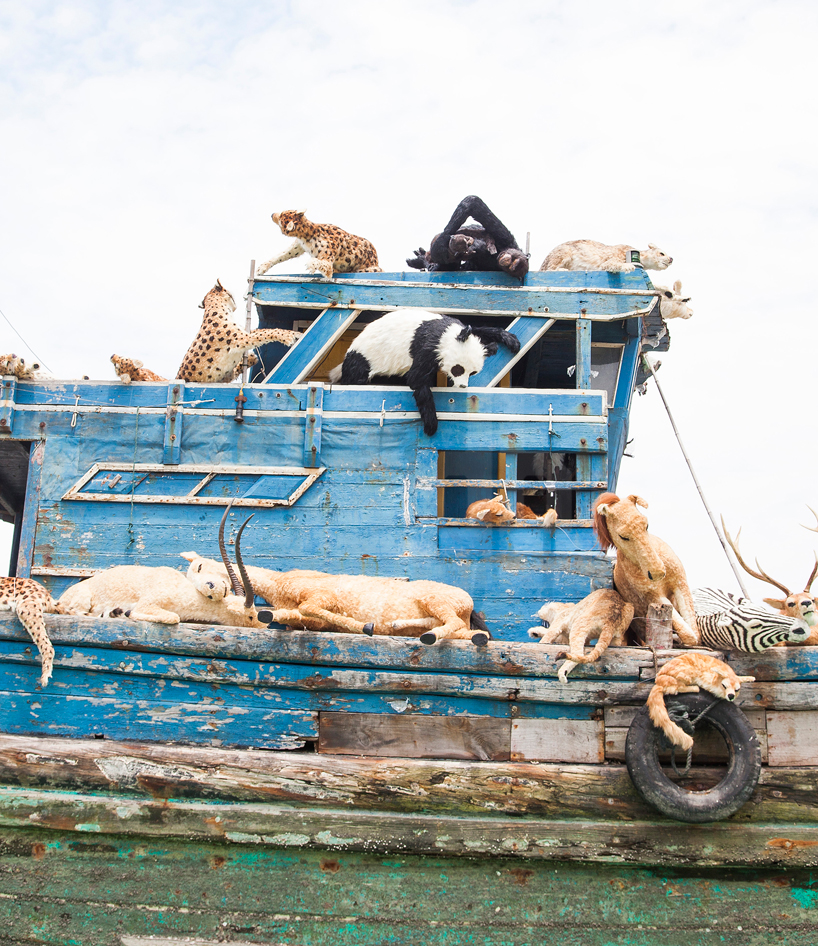 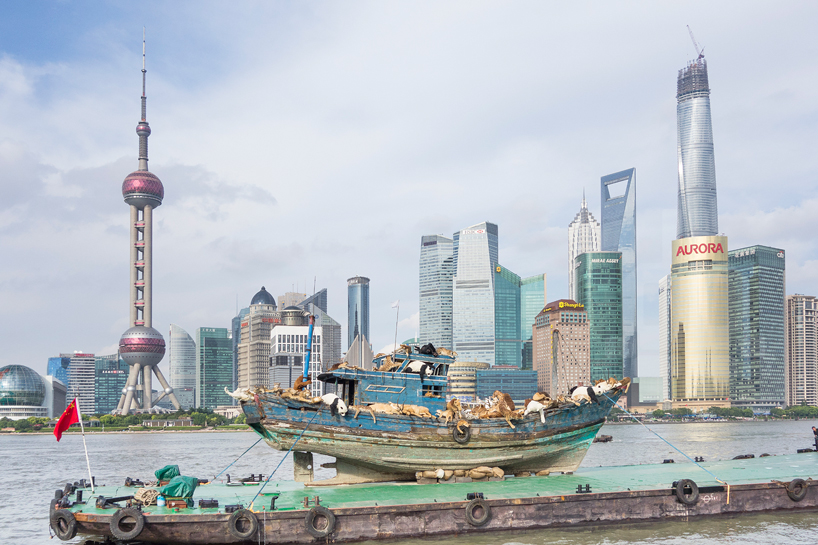 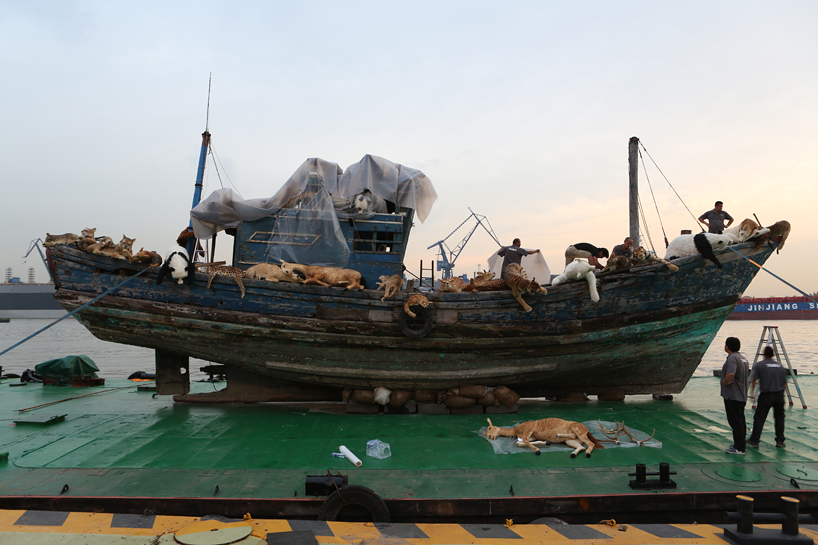 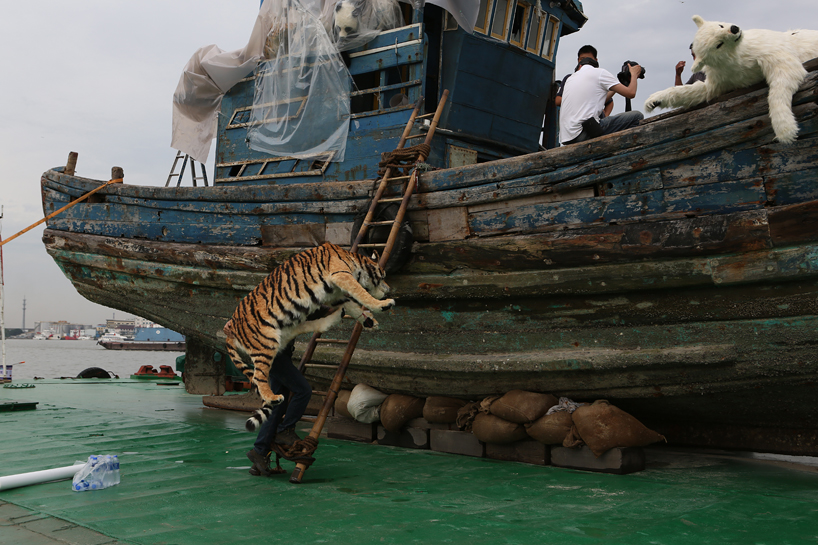 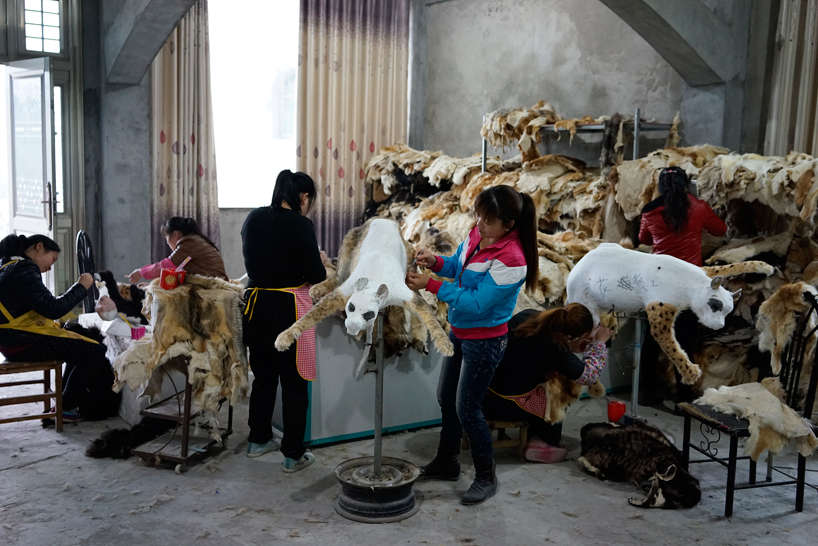