Mexican artist Edgar Nández aka Saner, opened his first museum solo show on June 20th at the Museum of Contemporary Art in San Luis Potosí, introducing over 25 new works. Working in different mediums, from ink on paper, to large size murals and animated video, the artist fully embraced this opportunity to introduce his creativity and talent.

La Locura de Un Hombre Desconoido or The Madness of A Stranger Man is inspired by his long journey of believing in himself and continuing to pursue his dreams, despite disapproval of the majority. During this journey, Saner has been creating works on paper, canvas and wall, strongly influenced by the tradition of the Central America and its rich history. His masked characters are probably the most recognizable element of his works, and in this particular show, they evolved to different extents.

This exhibition will stay on view through the summer until September 21st. 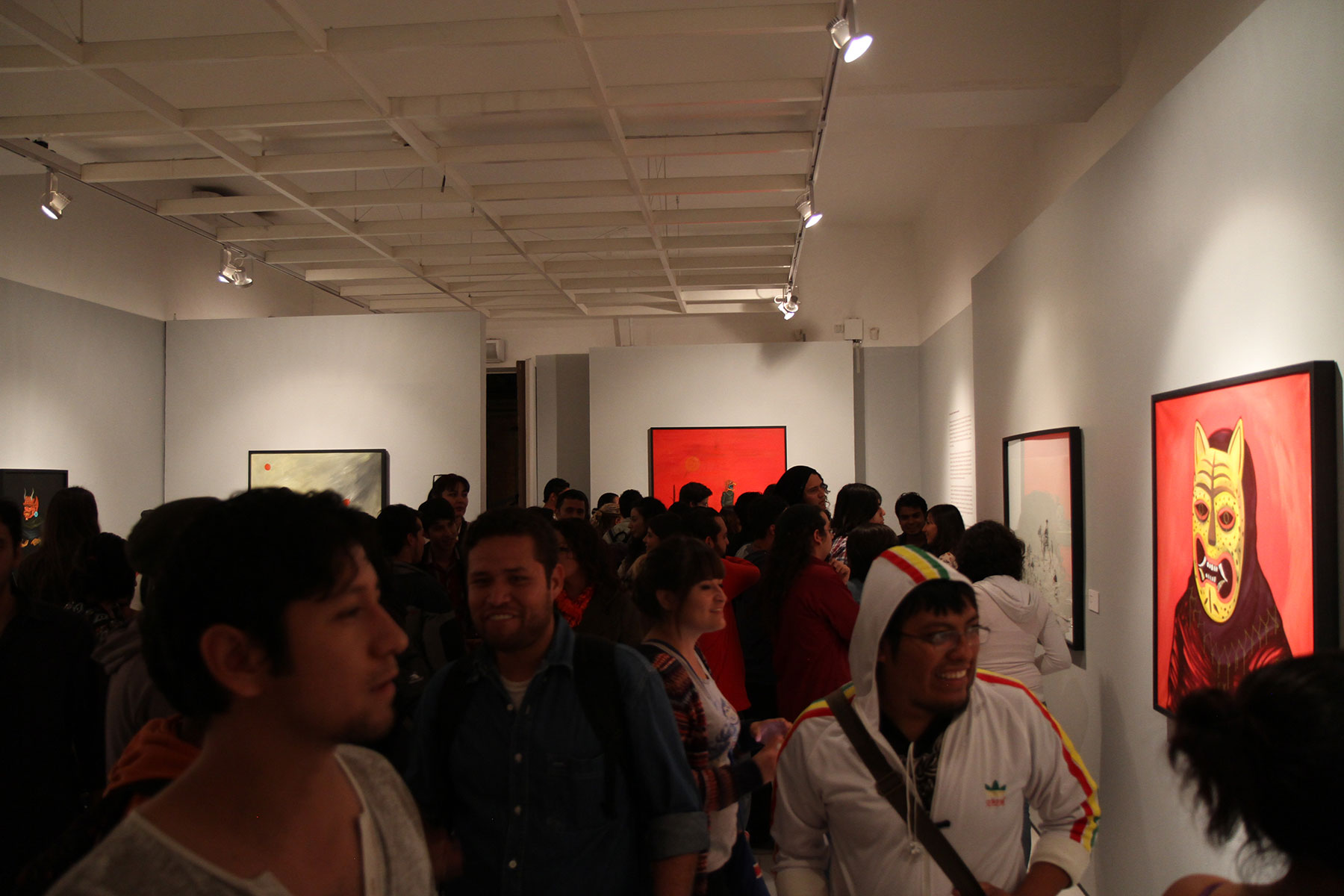 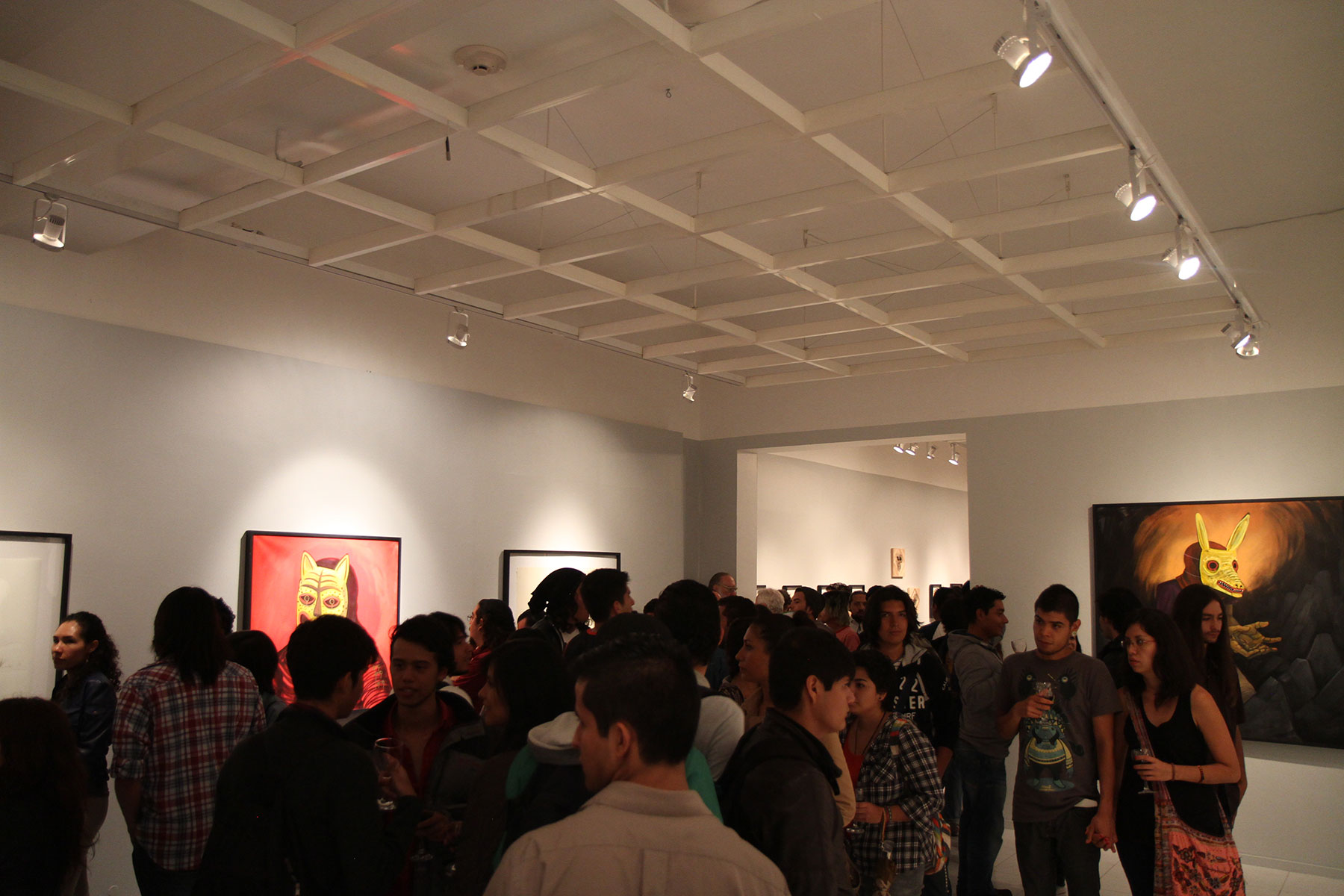 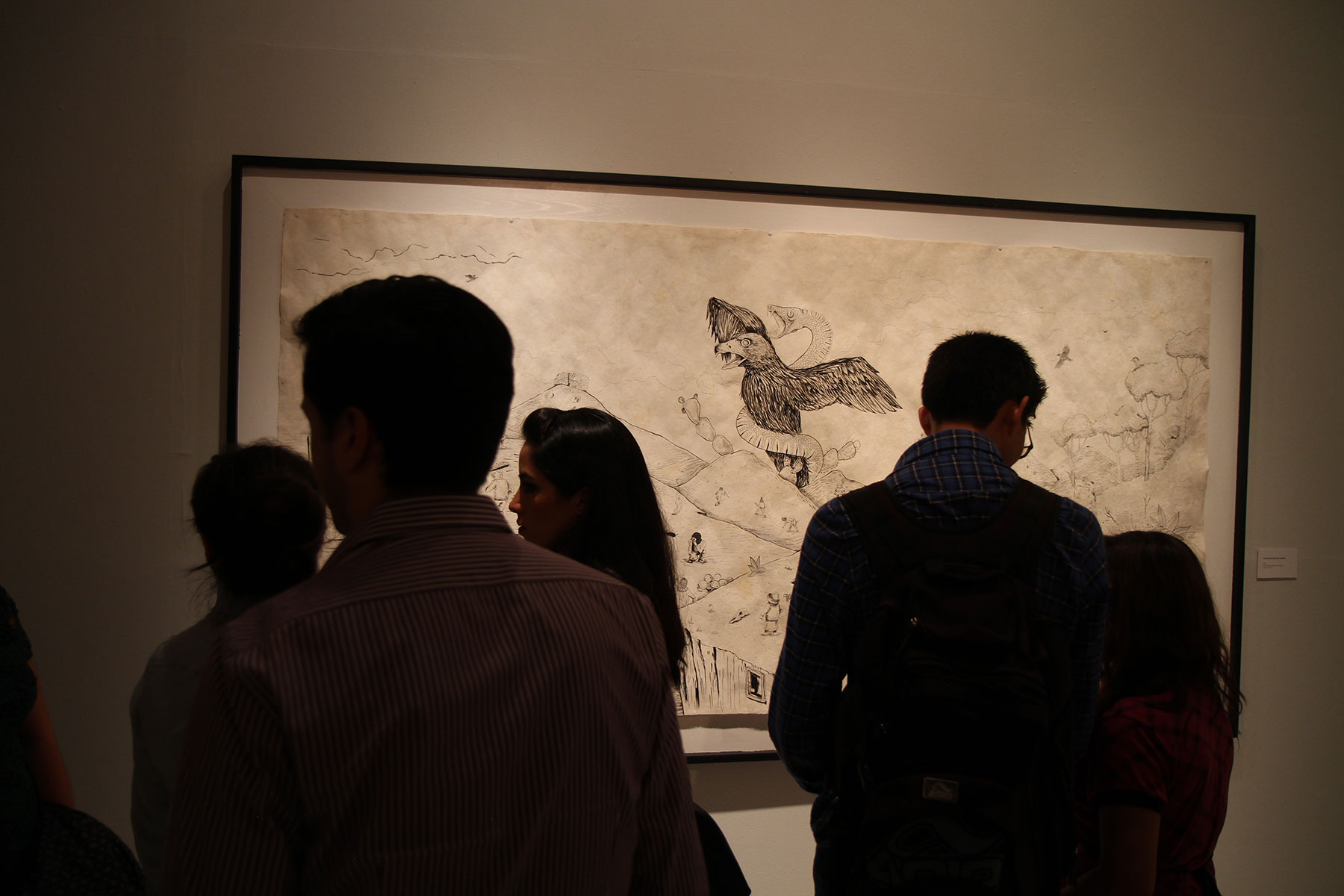 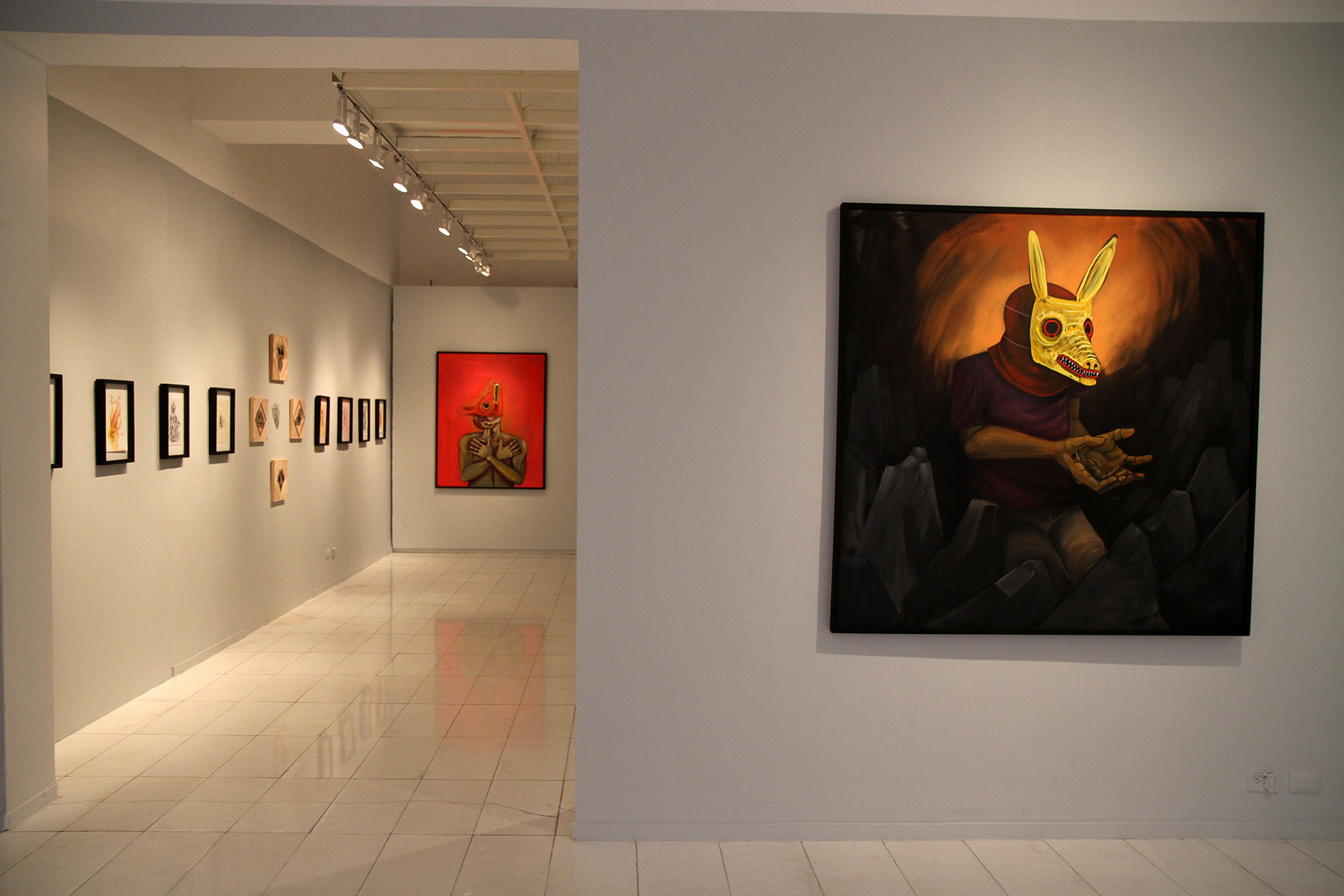 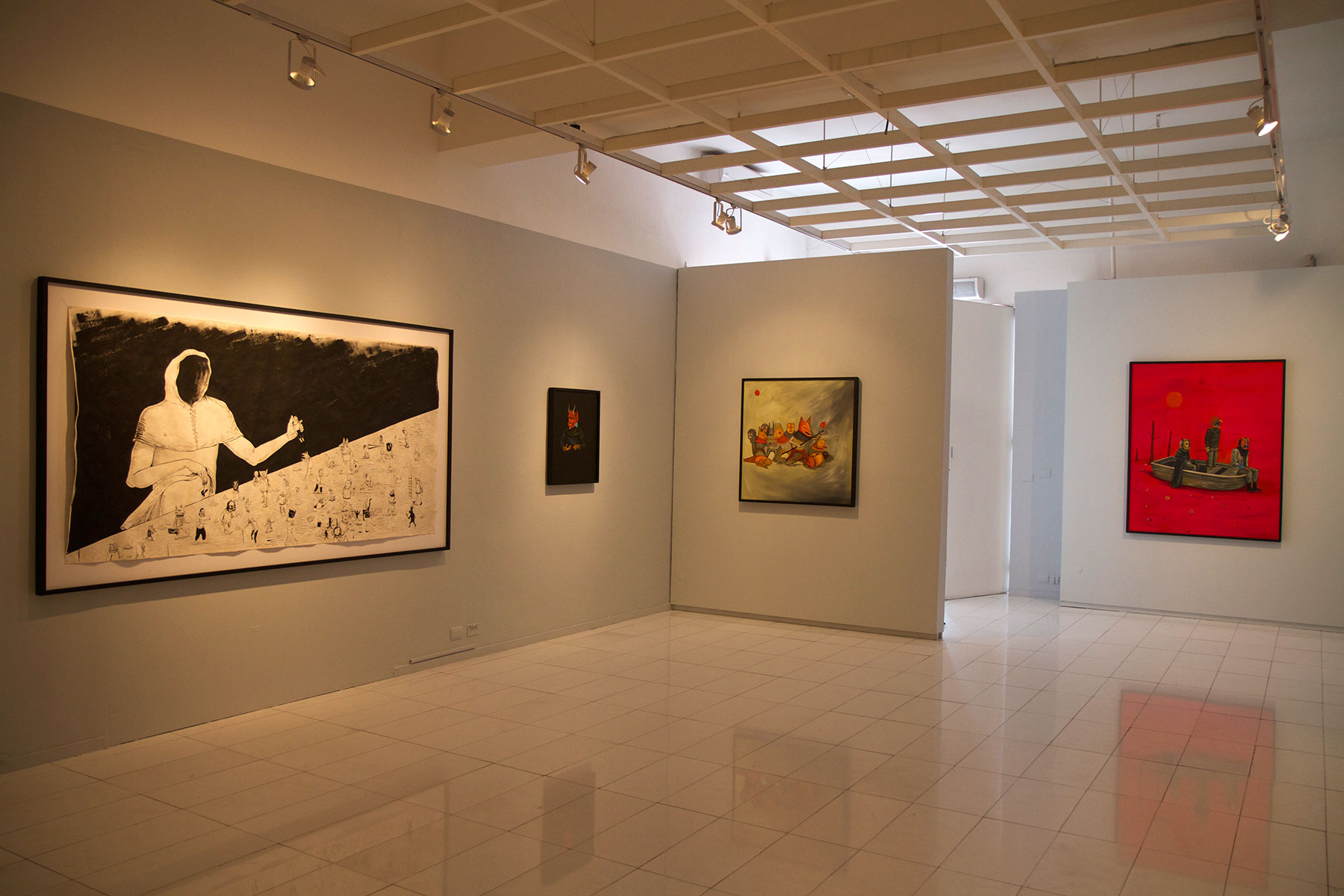 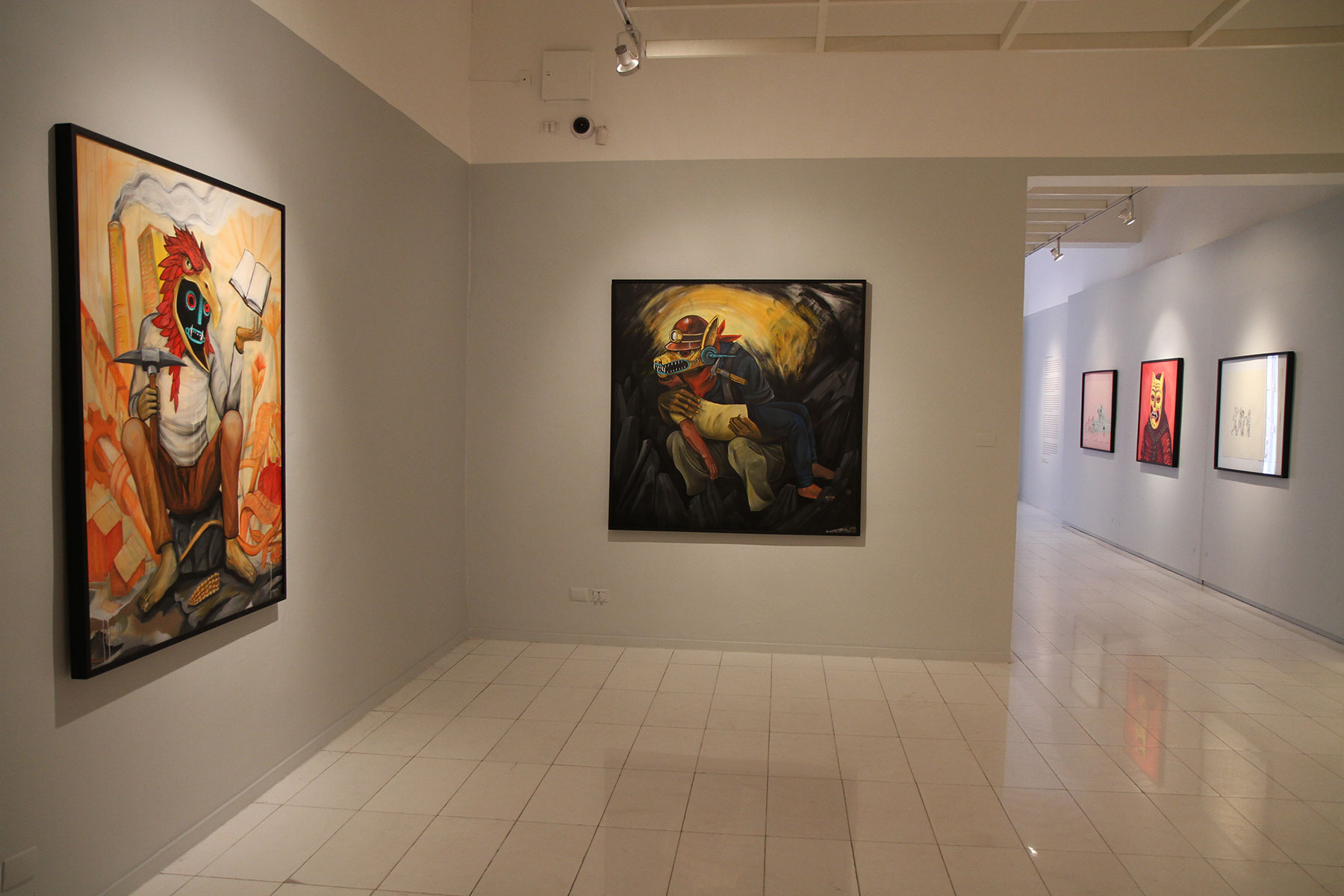 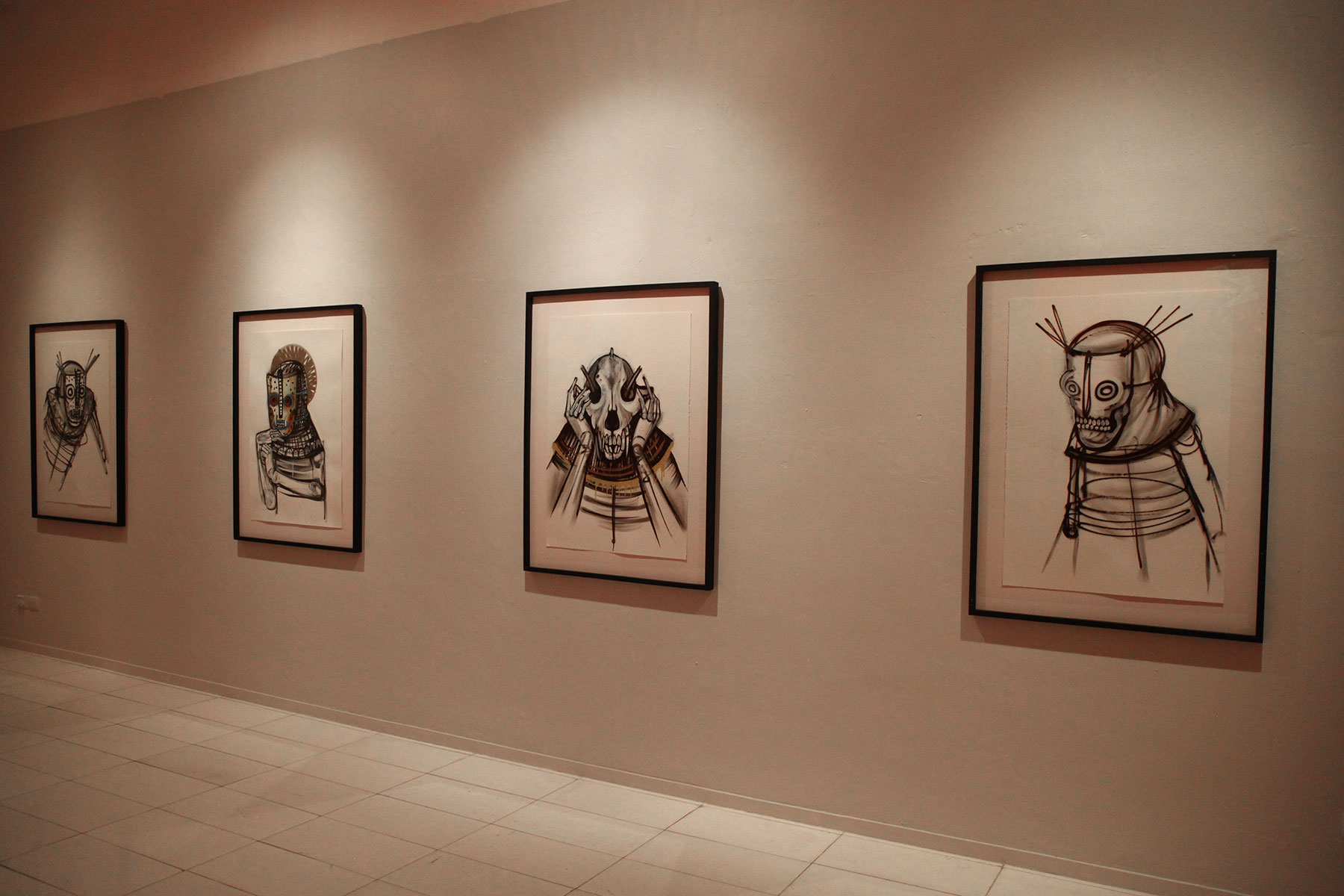 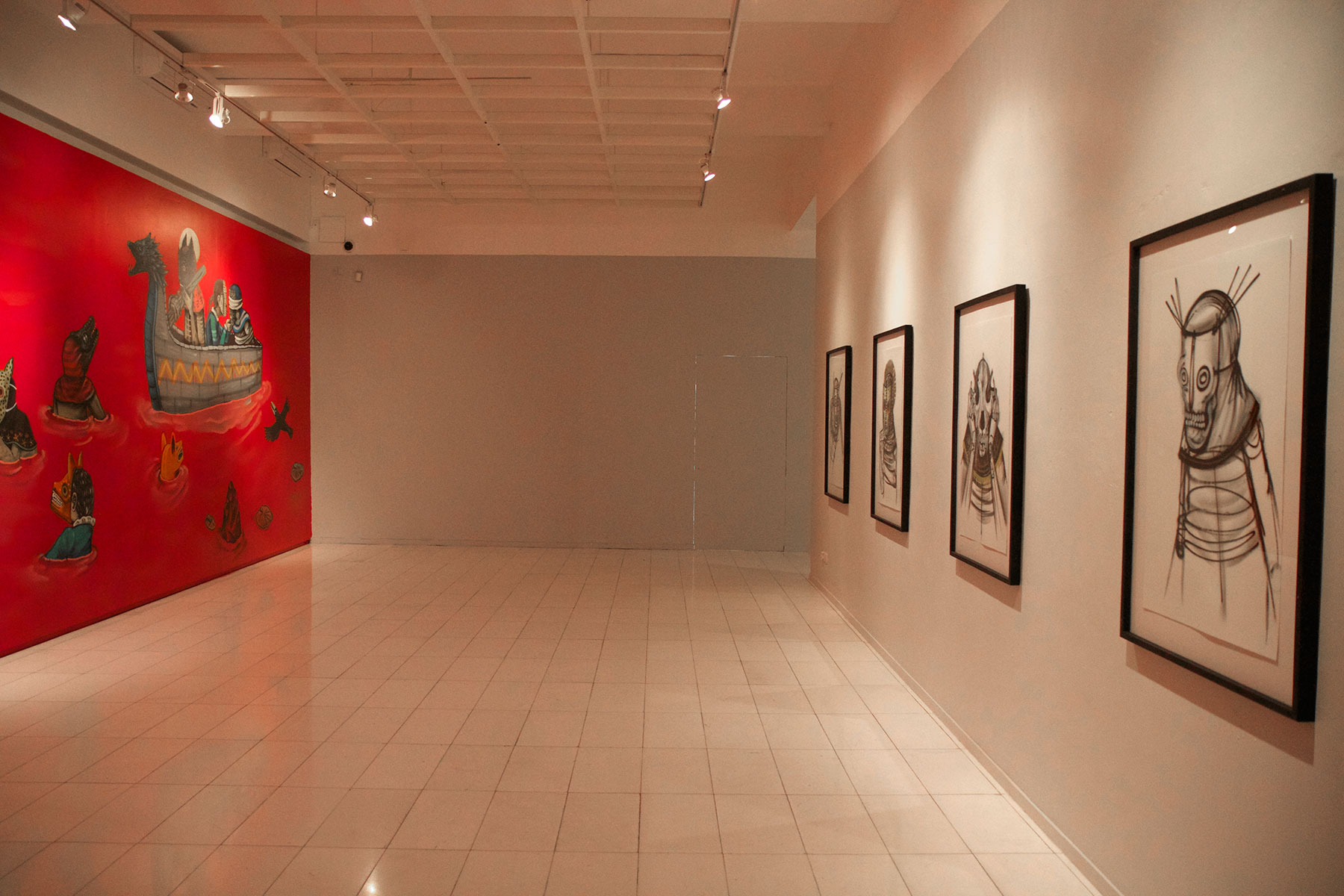