Incense filled the air as we visited the Takashi Murakami exhibition at Gagosian Gallery. This is the site of the artist’s first major exhibition in New York City since his monumental retrospective held at the Brooklyn Museum (covered) in 2007. Entitled In the Land of the Dead, Stepping on the Tail of a Rainbow, this great showcase took full advantage of the grand space of Gagosian’s 24th street location in Chelsea. Utilizing various signature techniques he’s accrued on his way to becoming a key international blue chip artist, Murakami spared no expense to deliver his vision of how a culture and landscape is changed in the aftermath of a tremendous natural disaster.

This exhibition is a visual translation of the experience of a world that could be in the aftermath of the Great Tohoku Earthquake of 2011. In the past, numerous artists were moved to create artwork to explain and rationalize natural disasters and often pointed towards spiritual or religious storyline as explanation, much of which is passed down in myth and lore. Murakami gives a artistic take on a new religion and viewpoint stemming from the 2011 aftermath through his long vocal cultural dichotomy of ancient vs. modern and oriental vs. occidental.

Murakami went full volume as he created an amazing assortment of paintings, sculptures and a jaw dropping 56-ton replica of a sanmon (sacred gate) which greeted the viewers as they entered Gagosian’s main NYC space. Sculptures of guardians towered over already large-scale paintings of mythical creatures and familiar incarnations of his famous Dob character. This is a magnificent display of what one of the most important Artist of his generation can do when paired up with one of the most important galleries in the world.

Check out a first look of this show below. 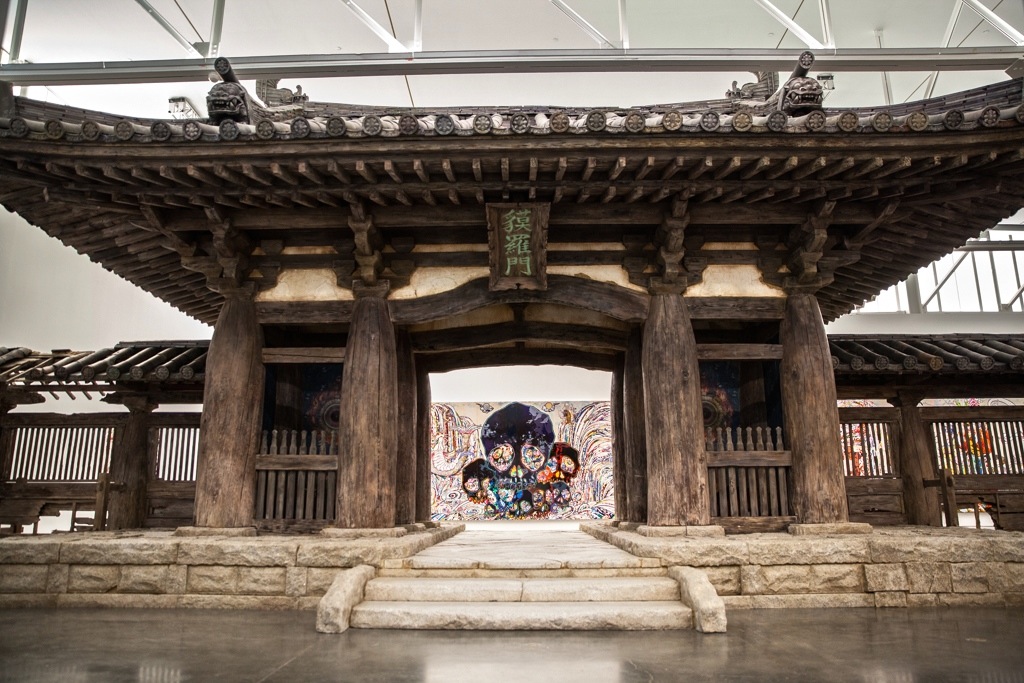 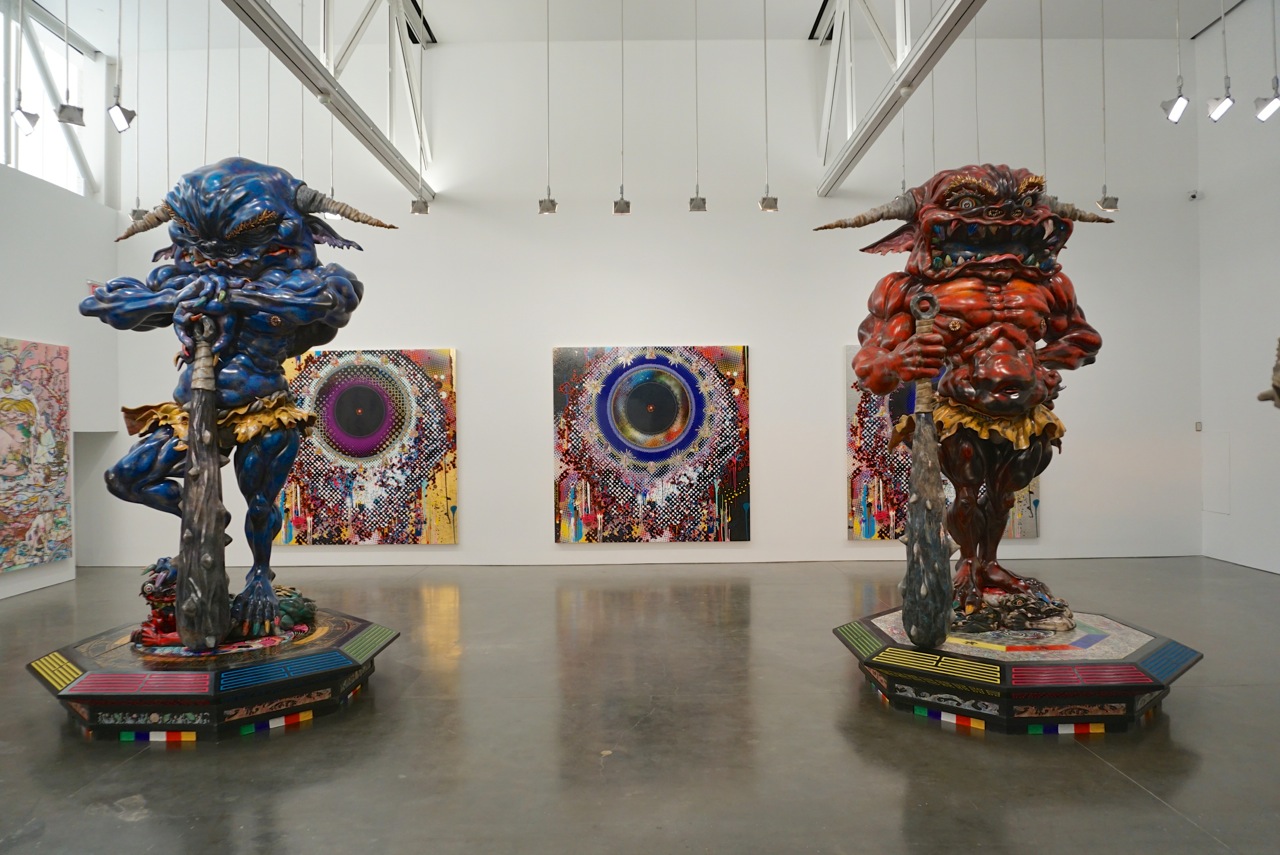 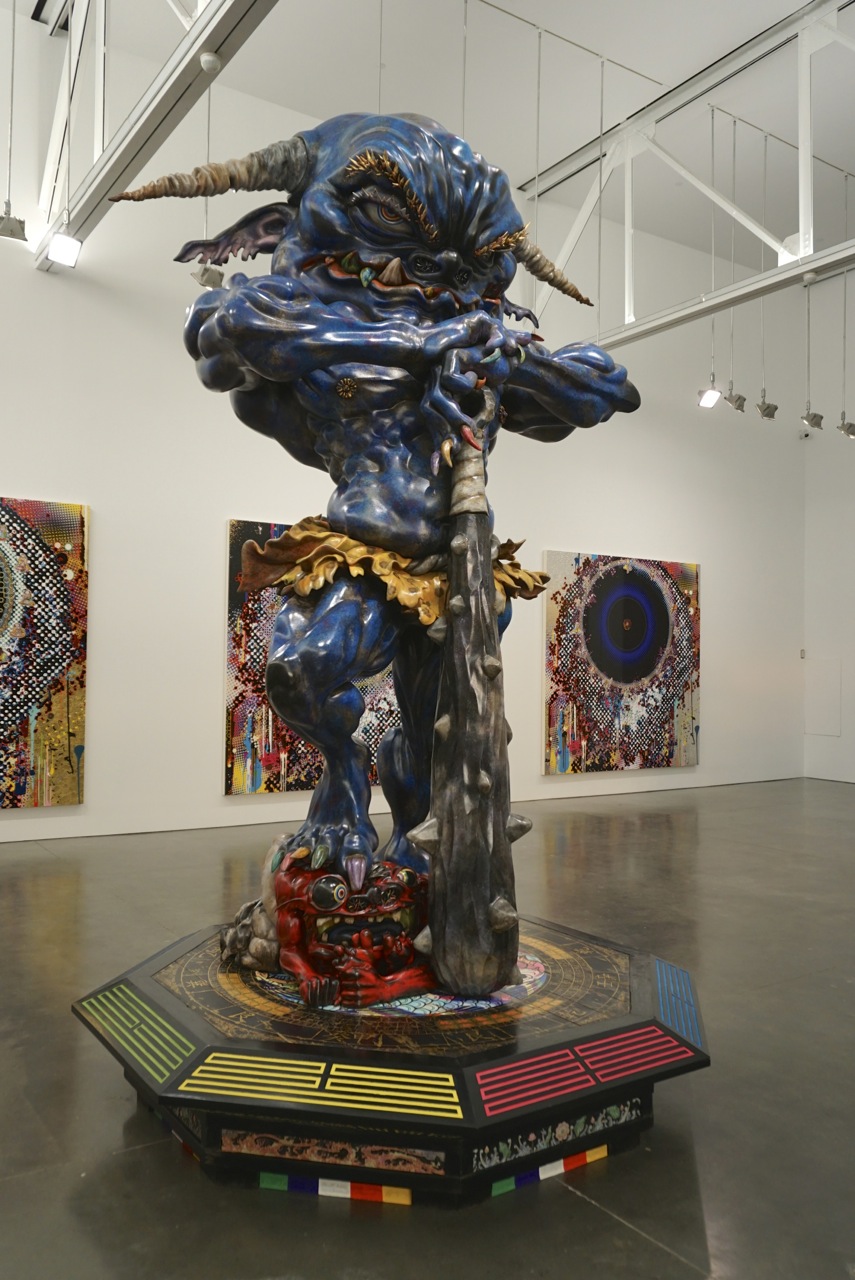 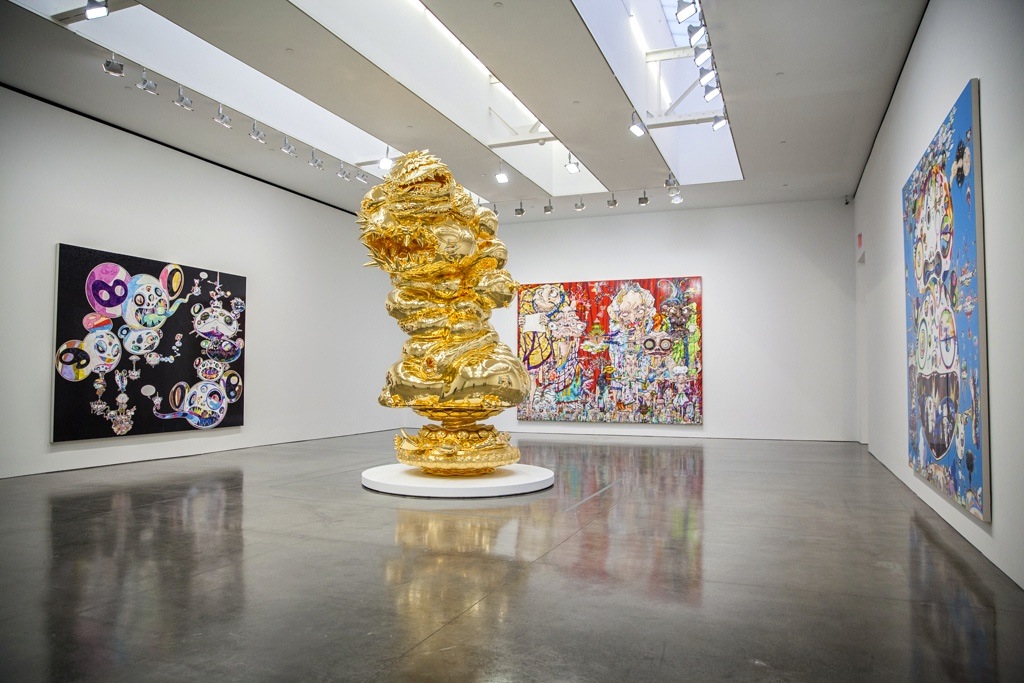 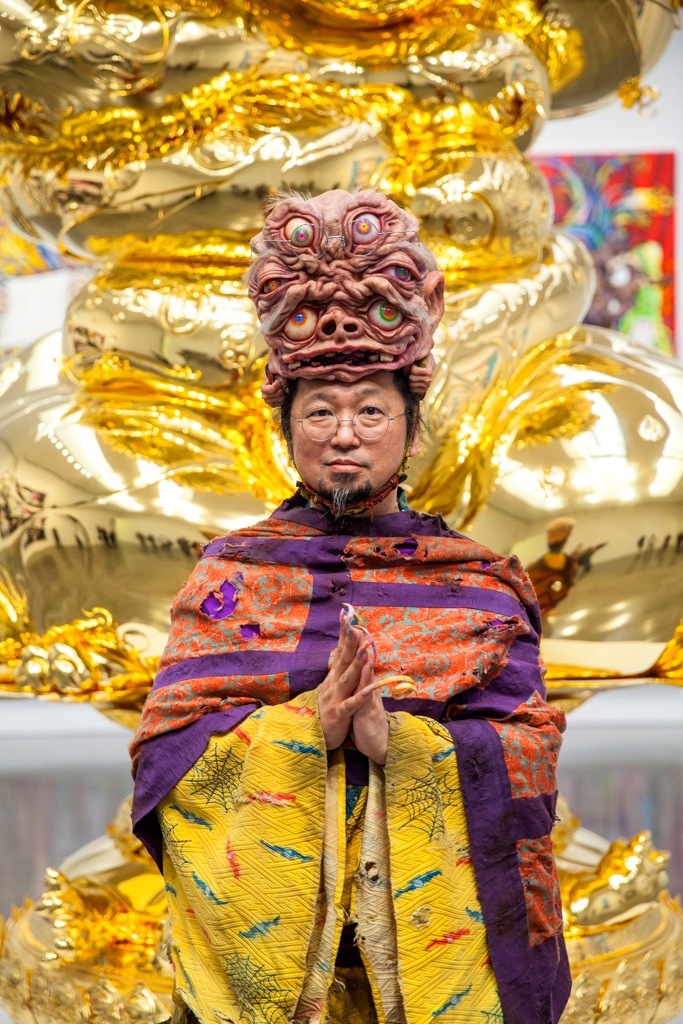 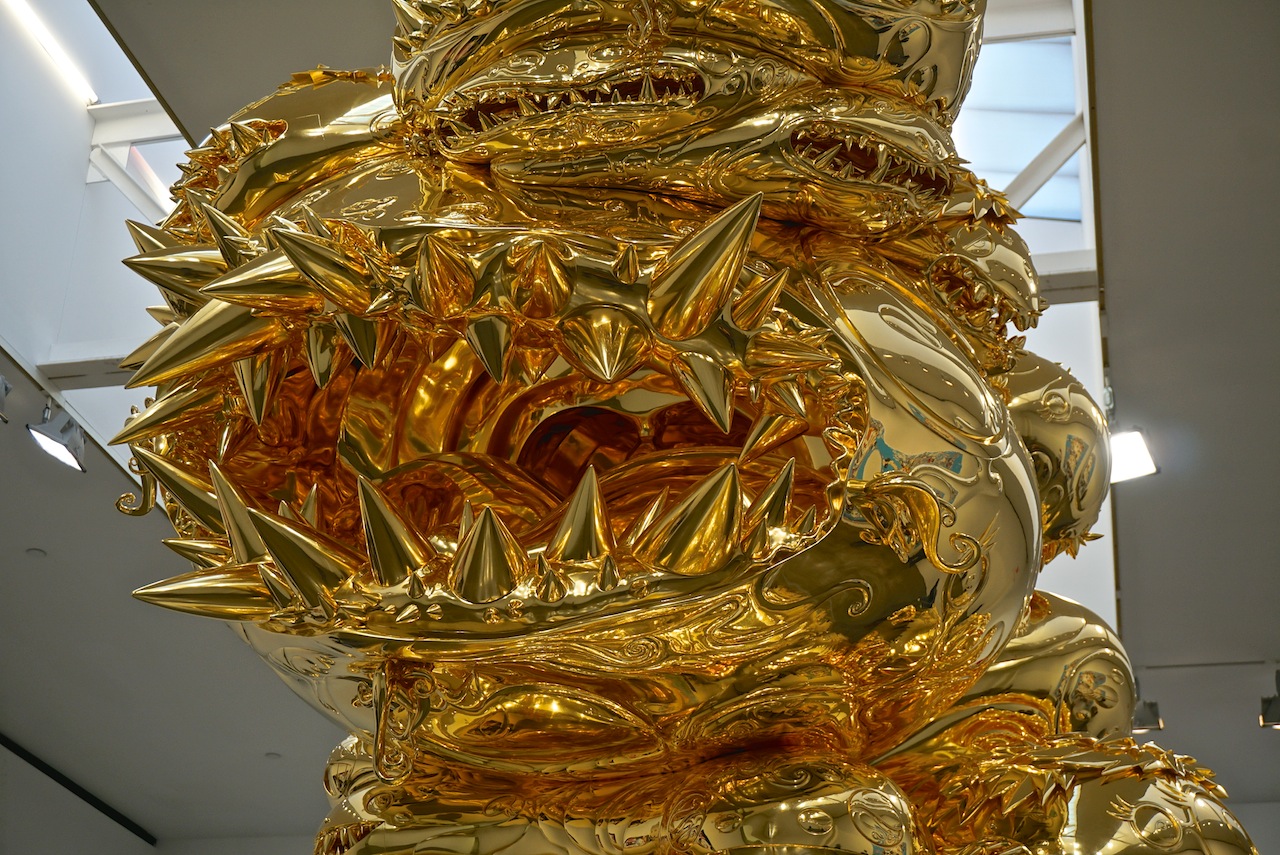 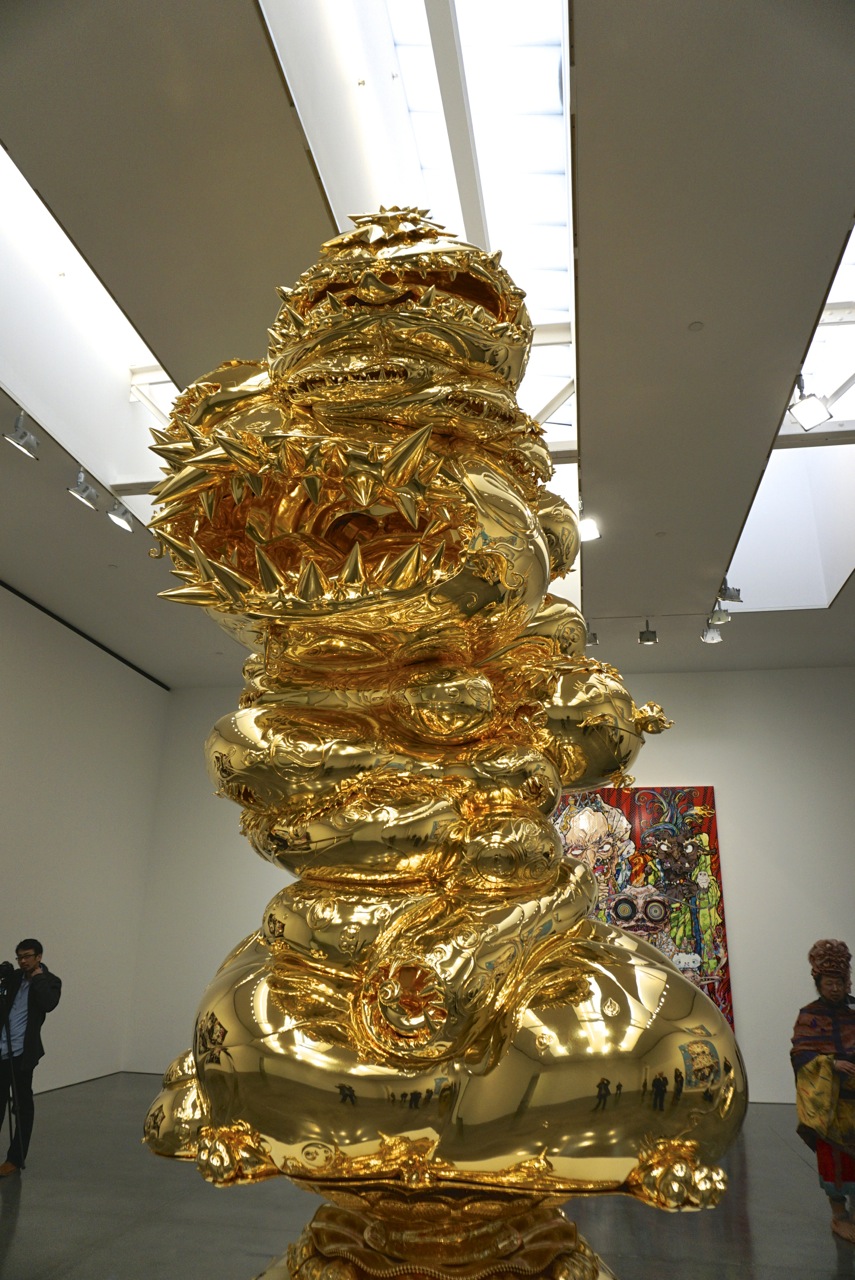 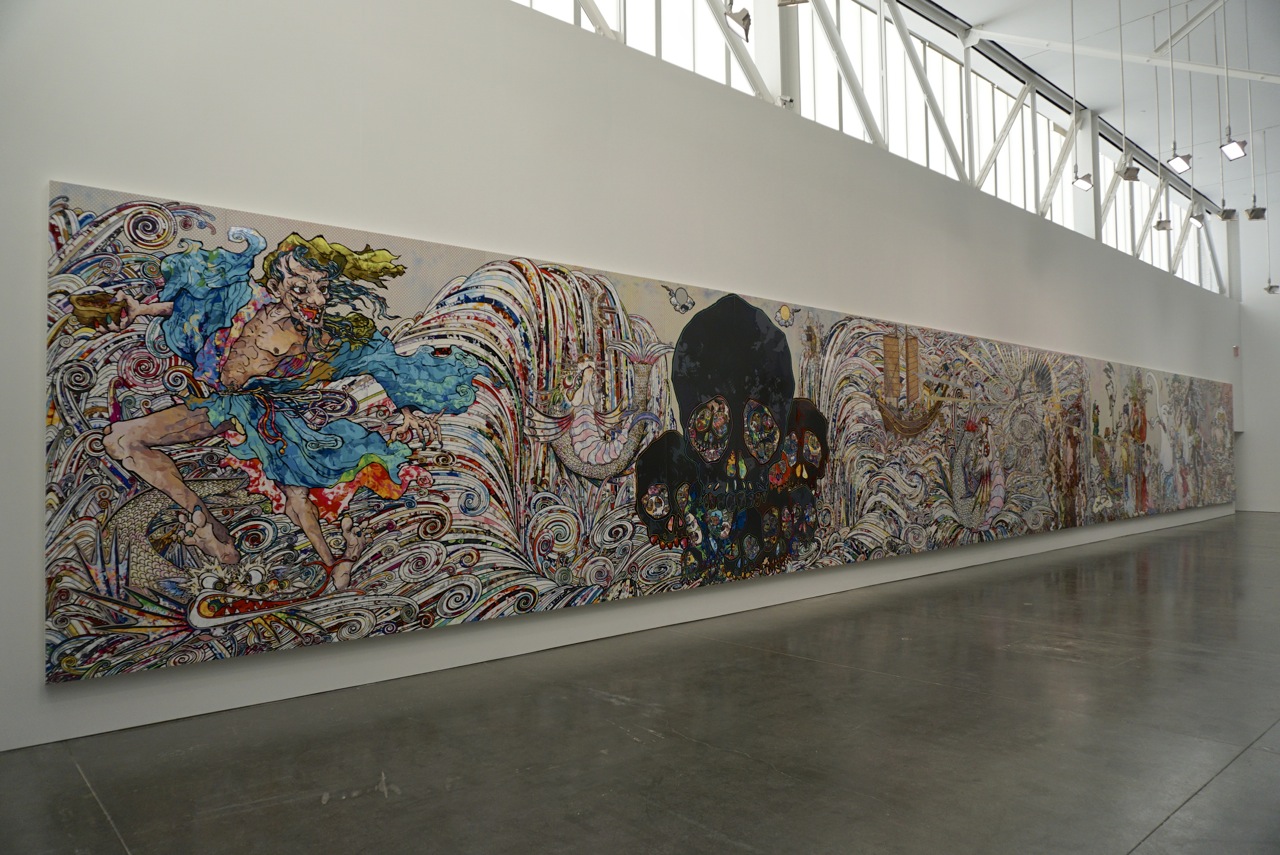