Mixing their two different but very compatible styles, Case Maclaim from Germany and Smithe from Mexico created one of the most interesting pieces on this year’s POW! WOW! Hawaii (more coverage here). The imagery they chose was a commentary about the preservation of coral life and the effect of human activity on its future.

Smithe painted a detailed illustrative part showing a human head with coral for brains, surrounded with different organic & surrealistic elements and creatures. Case wrapped this image with a series of his recognizable photorealistic hands, using similar colors which blended these two styles into one. The contrast between Smithes’ solid colors, outlines and detailed work, against Case’s transparent, over saturated, but superbly painted hands, makes this piece one of the most elaborate and well executed ones at the festival. 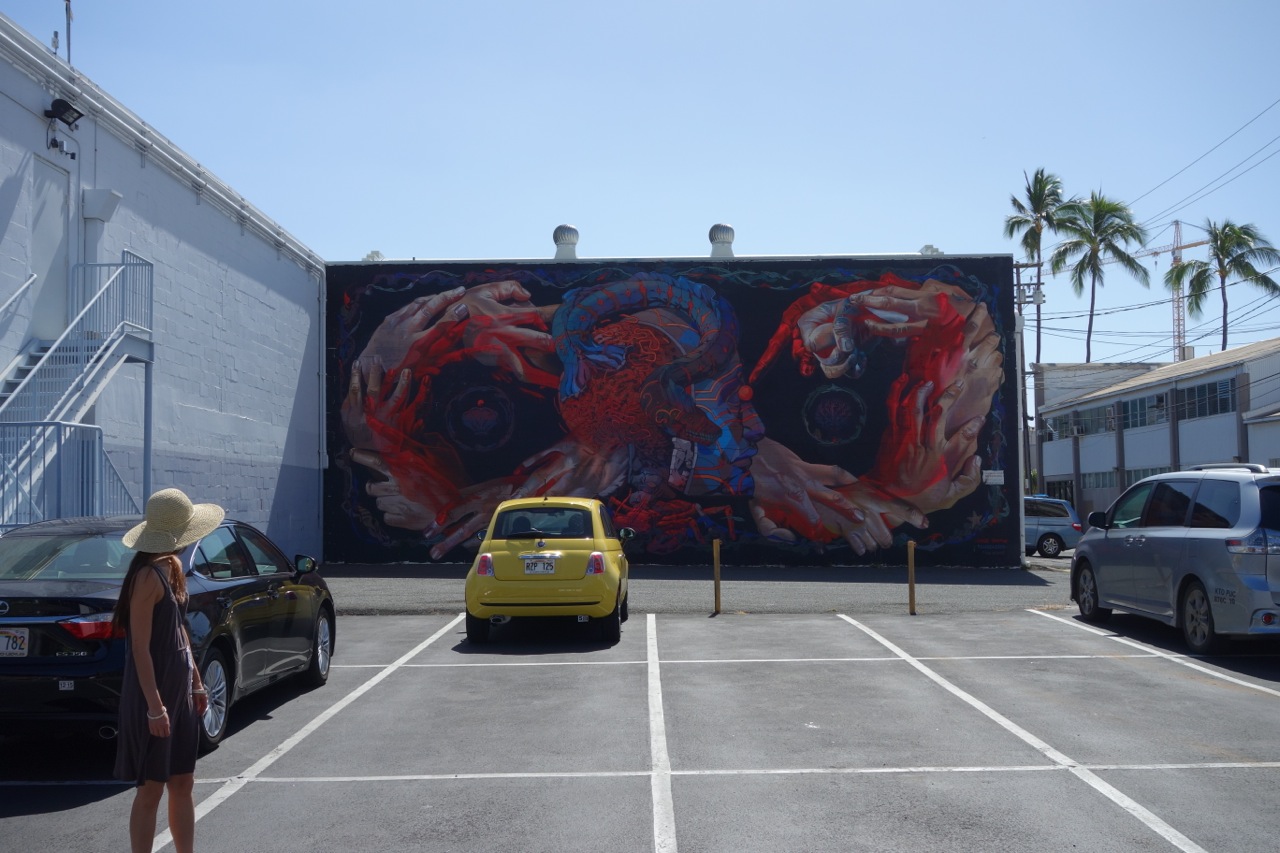 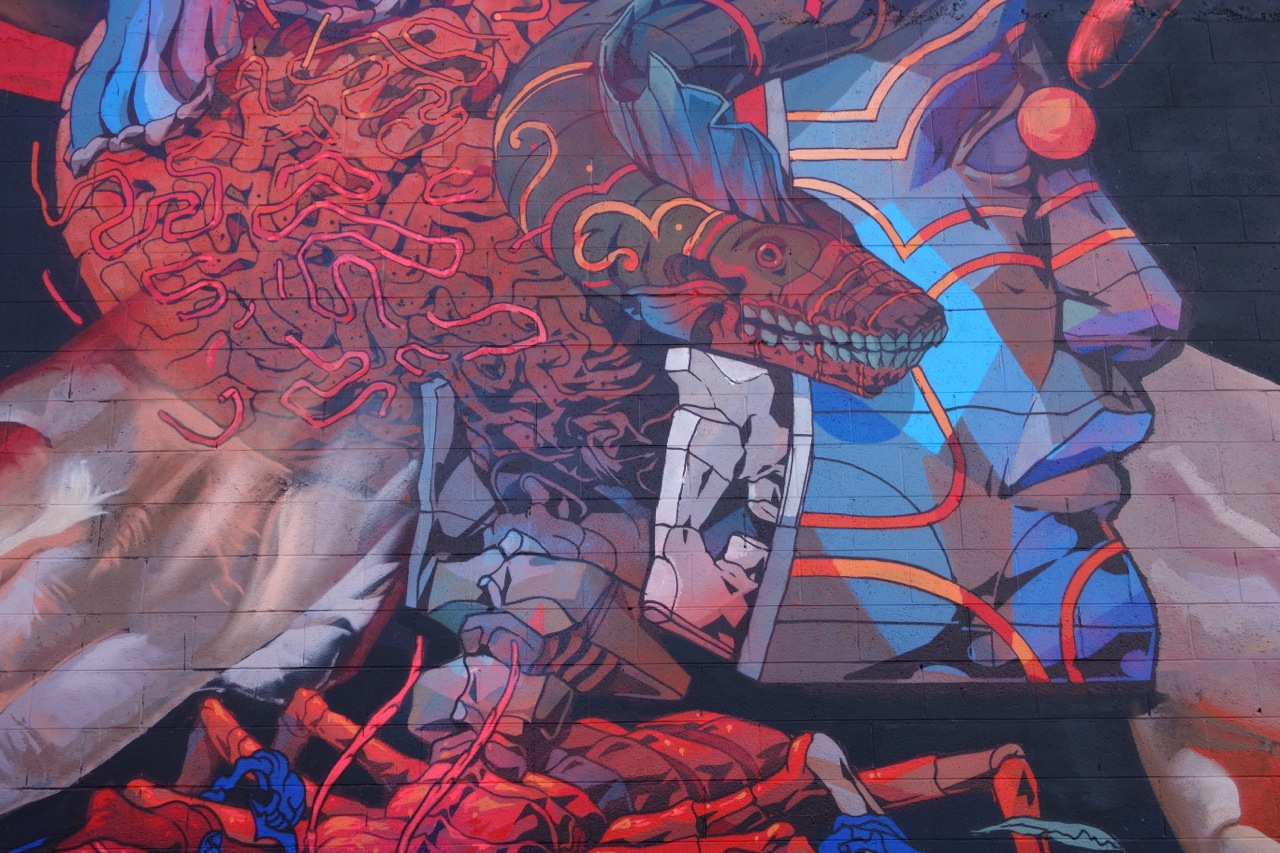 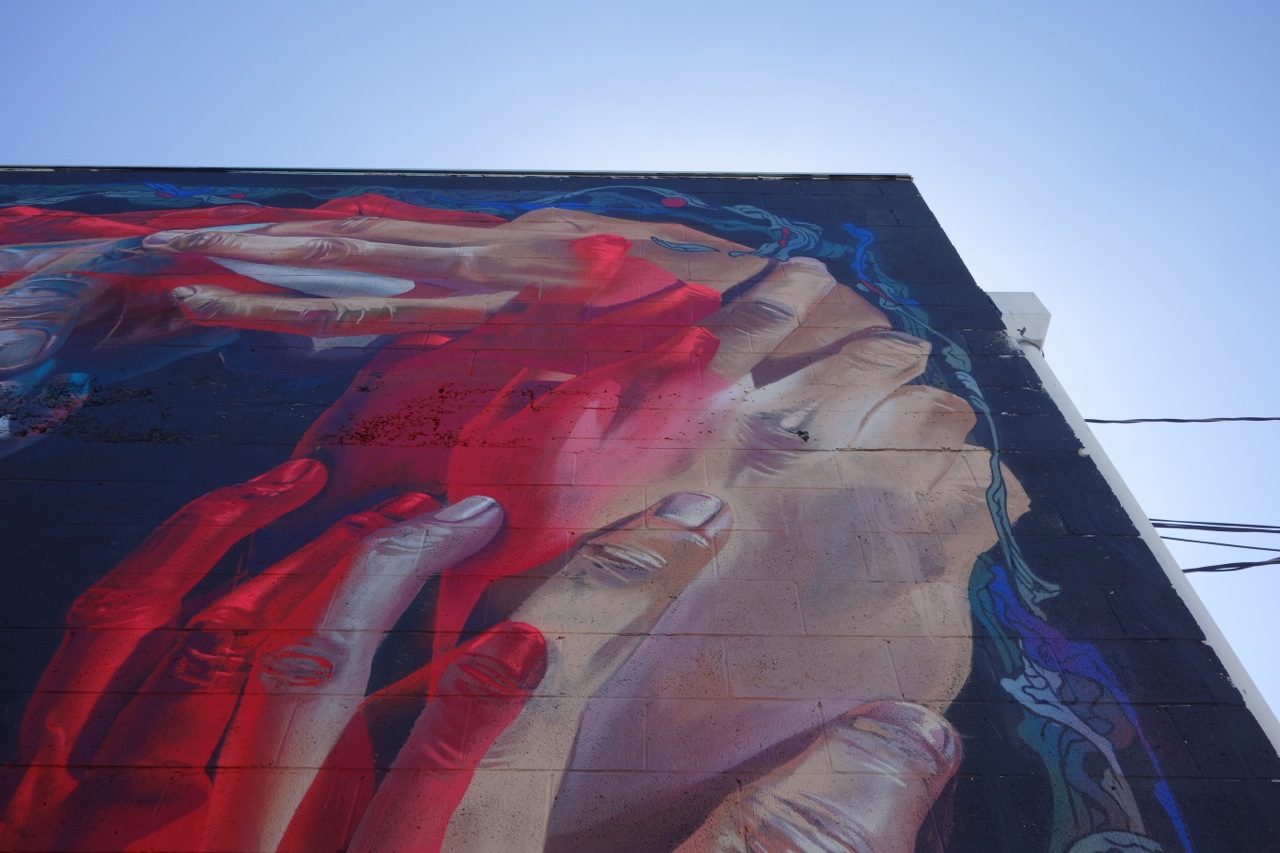 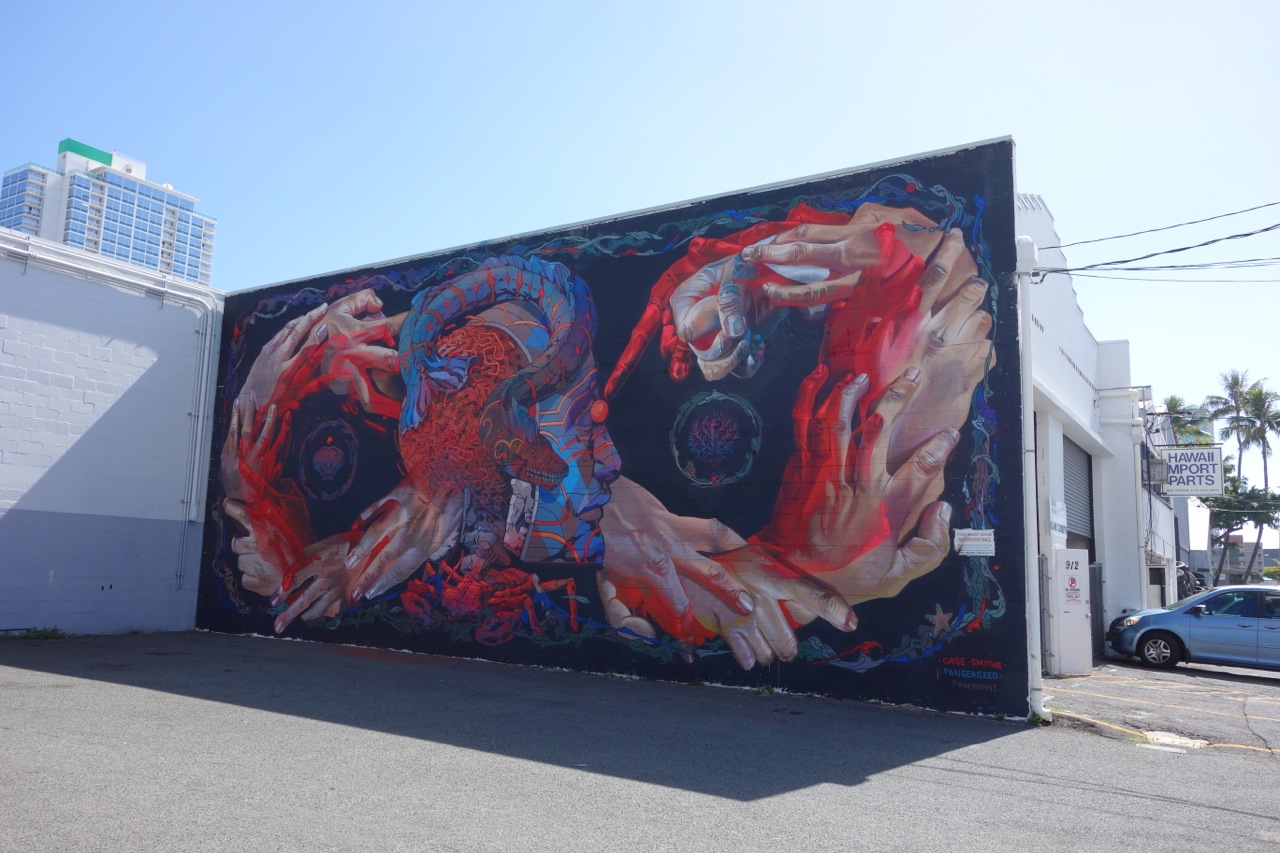 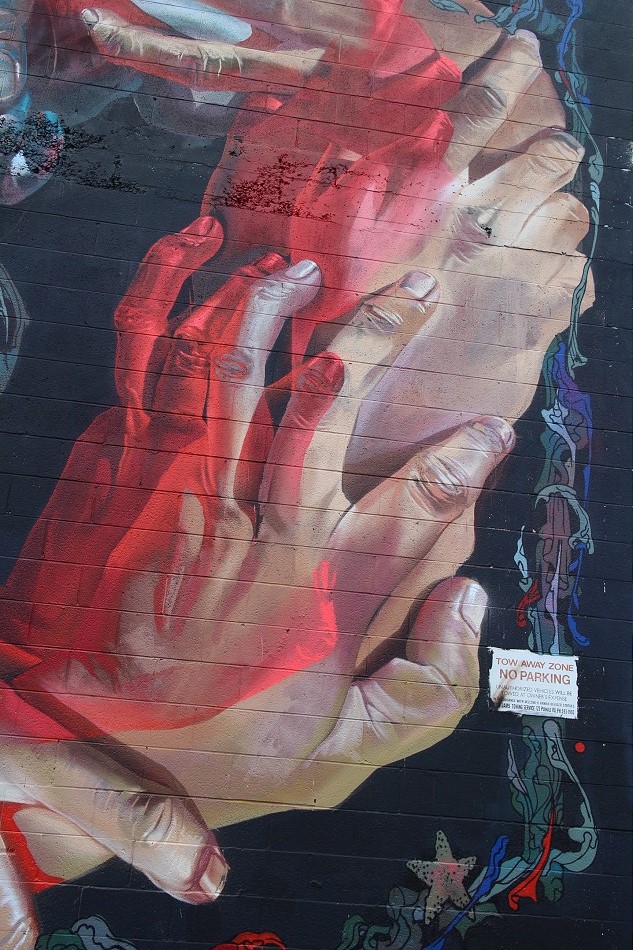 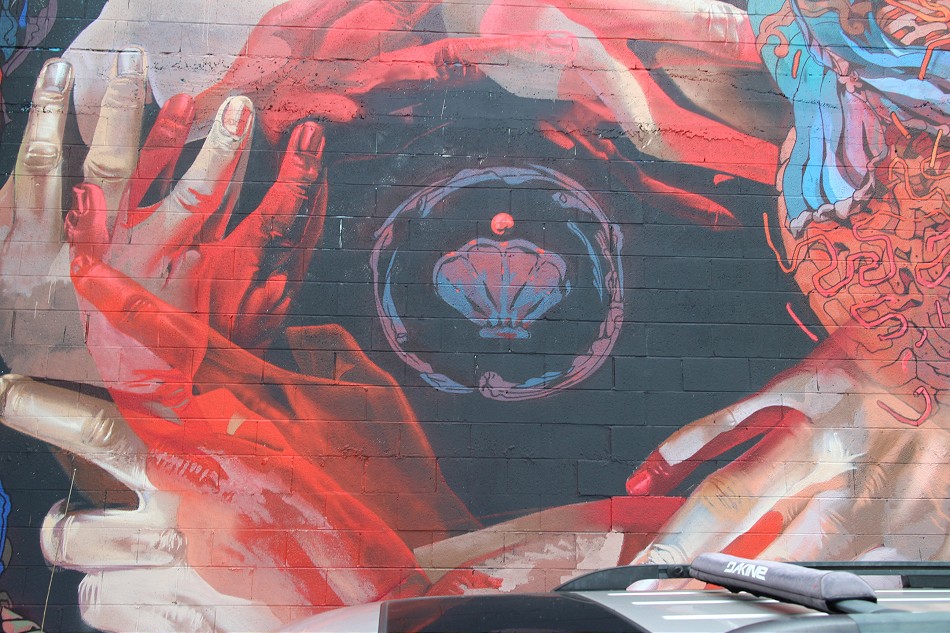 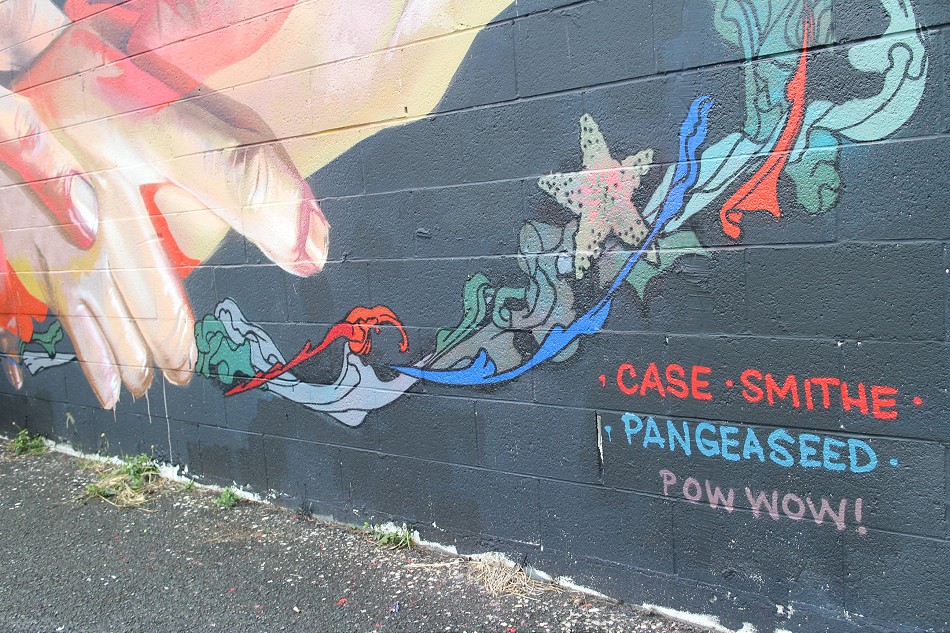 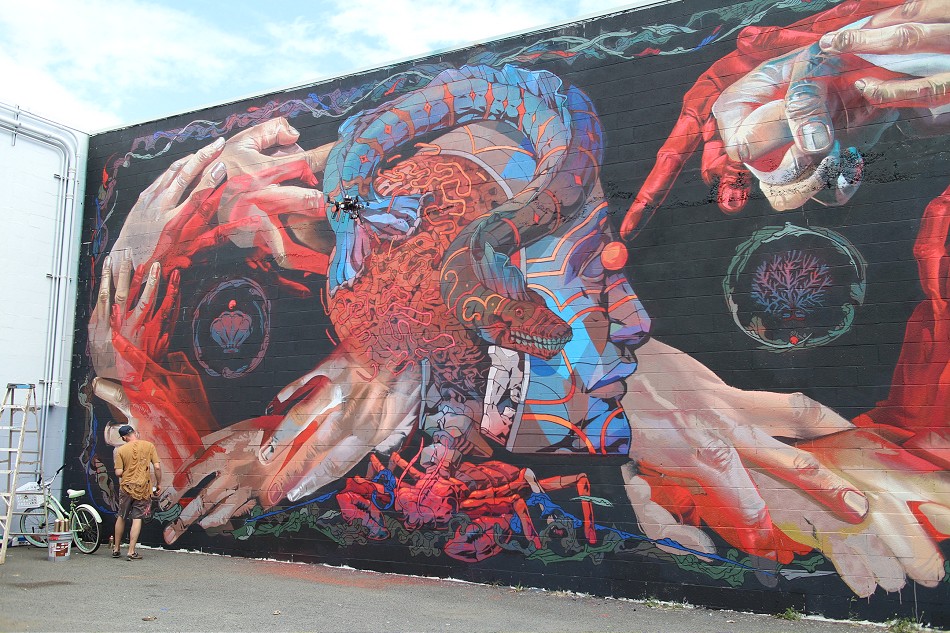