It seems strange to write about a show that one curated, so I’ll just give a little history about how the show came together, and let the photos speak for themselves.

A few years ago Ryan Heshka had a solo show at Roq La Rue which included a couple pieces that were sequential stories and presented as stand-alone comics. They fascinated me and I wondered what a full show, with an assortment of artists might be like. The planning began and a date was chosen to coincide with the yearly Emerald City Comic Con in Seattle on March 27th. Just like the Con, One Page would only run for three days, echoing the limited edition or “exclusive” events and items that most comic cons feature.

A diverse variety of artists were included in the show, some having a long history with comic work like Ashley Wood and Jim Mahfood.  Show catalyst Ryan Heshka was a must and other contemporary artists like Audrey Kawasaki, Sail, and Julian Callos tackled the medium with fantastic results.  I even included a few artists that work digitally like Rosemary Valero-O’Connell and Hope Larson. 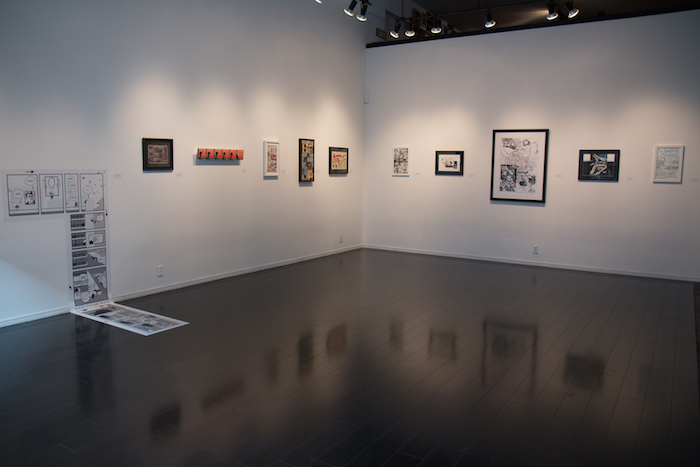 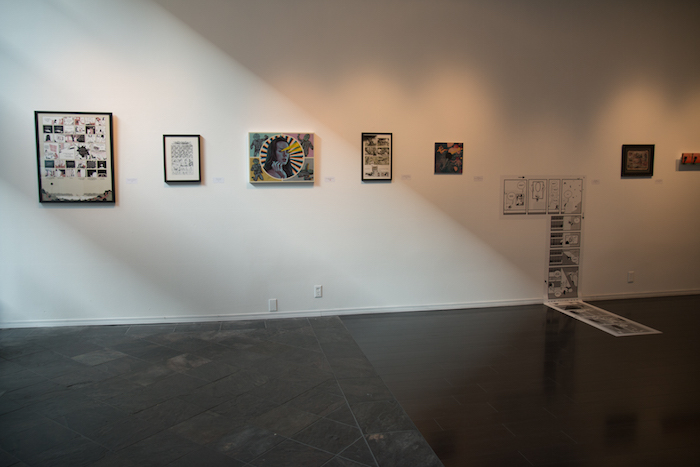 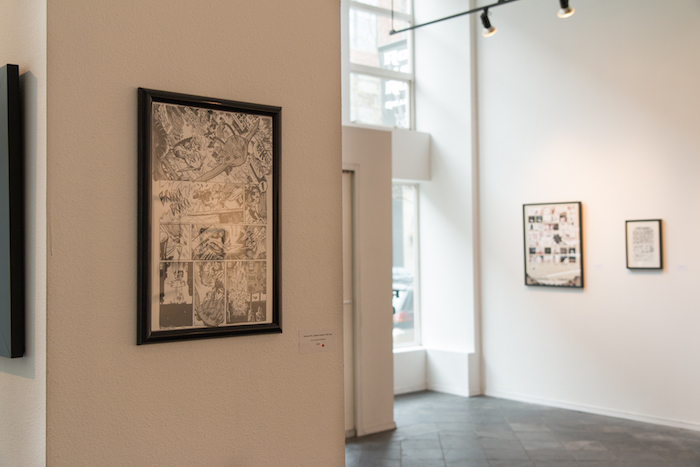 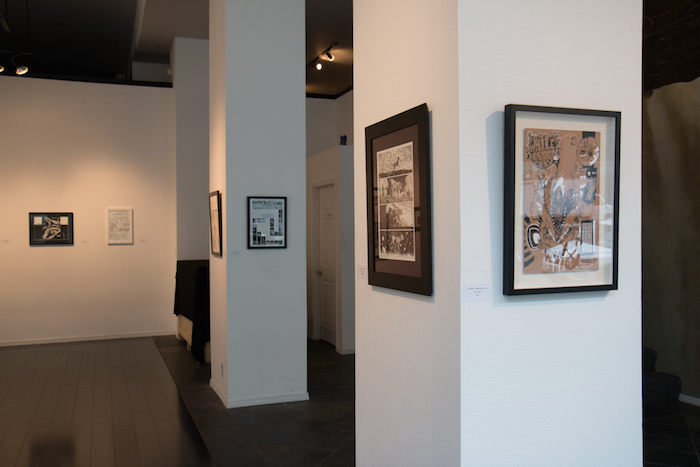 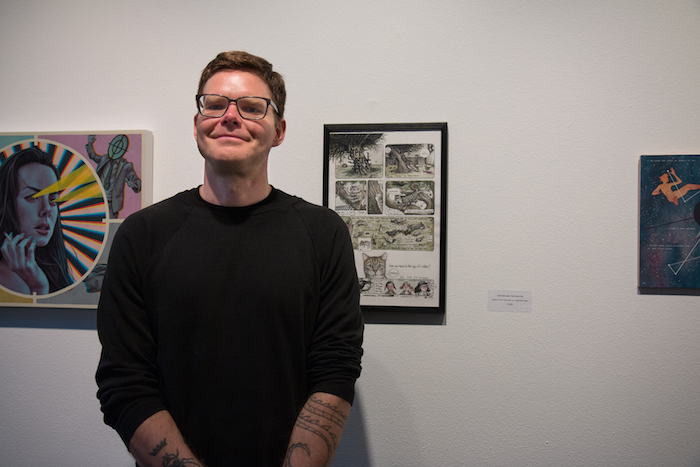 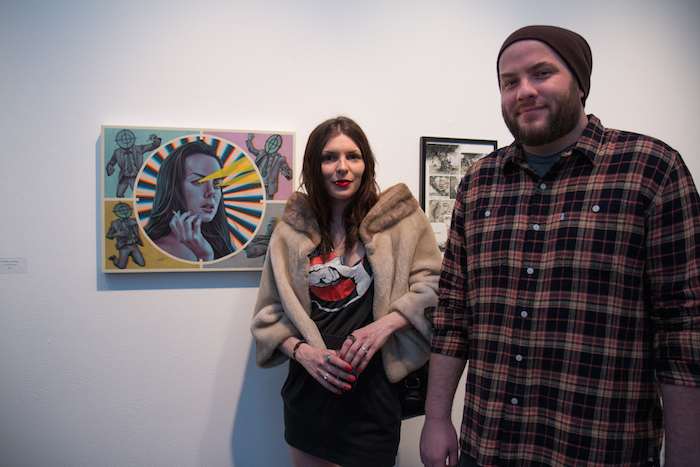 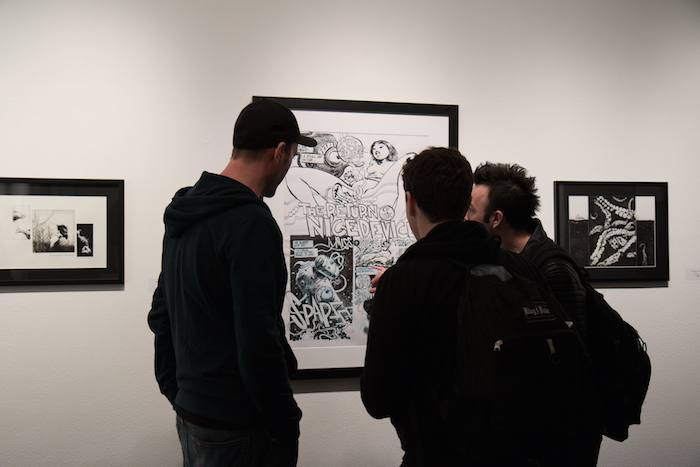 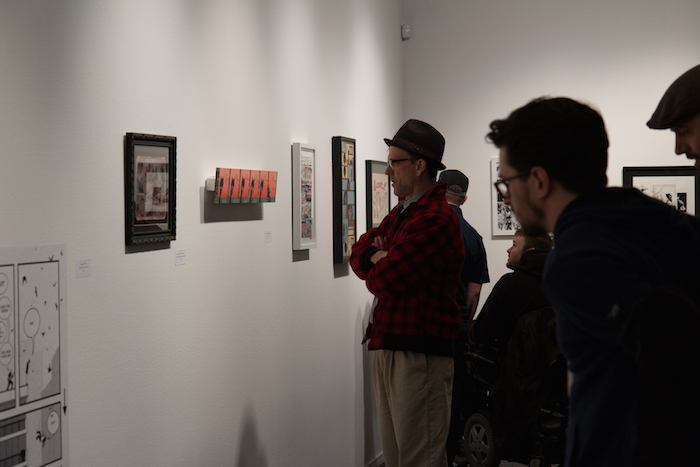