Shortly after opening his successful solo show in LA (covered), Aryz visited Detroit where he painted a new mural. Invited over by the Library Street Collective, the recently finished wall from the Spanish artist was for their Public Matter series.

For this piece, Aryz picked his figurative, portraiture style of works and painted this unique sequenced piece. In a similar aesthetic as some of the paintings from his gallery show, this mural is his way of applying painterly skills on a massive scale, which he executed quite nicely. By repeating the character, he achieved an interesting visual effect while embracing the imperfections of hand painted work. Seemingly identical, each of the repeating characters has slightly different details which makes the piece very interesting to analyze. 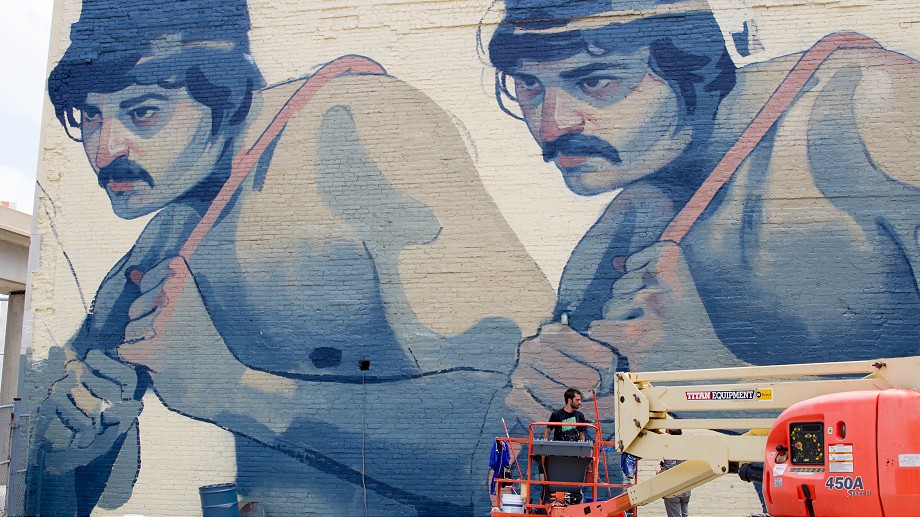 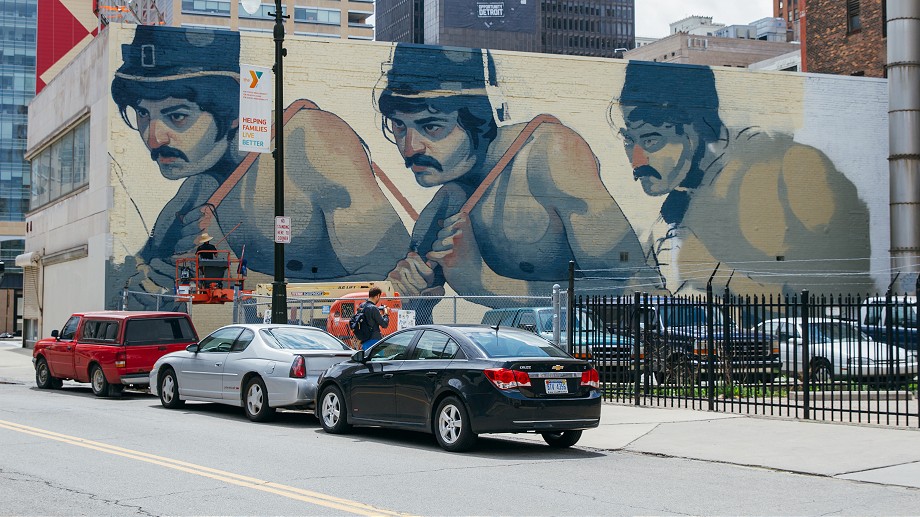 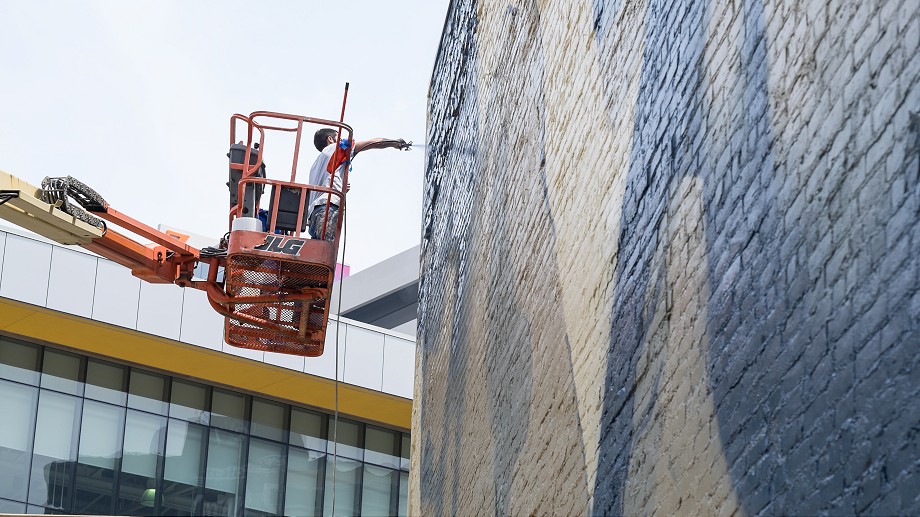