Casey Weldon (featured) was welcomed back to the gallery for Hastemaker, where he continues to explore putting real people in surreal situations. Jeff Jacobson’s first solo show at Roq la Rue, titled Aphotic Ilk, explores a world between worlds. The dimension shifted vision gives bioluminescence to several species as they explore the ether. And, Samantha Wall continues her series of ink, pigment, and charcoal portraits in Let Your Eyes Adjust to the Dark. The depicted individuals are stripped of most detail, leaving only their emotions on display.

All three shows will be on display until October 31st. 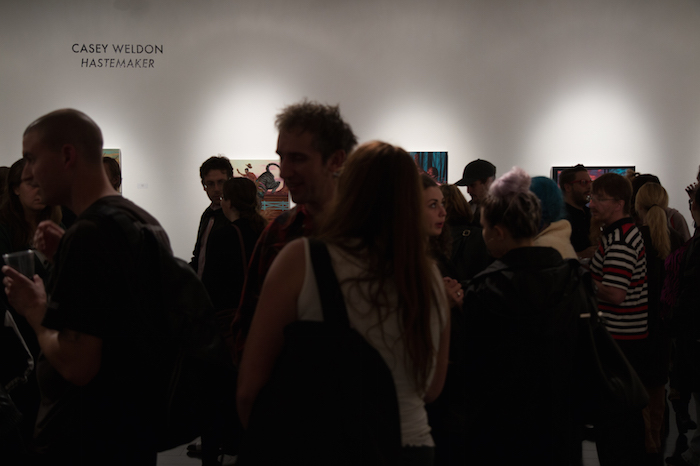 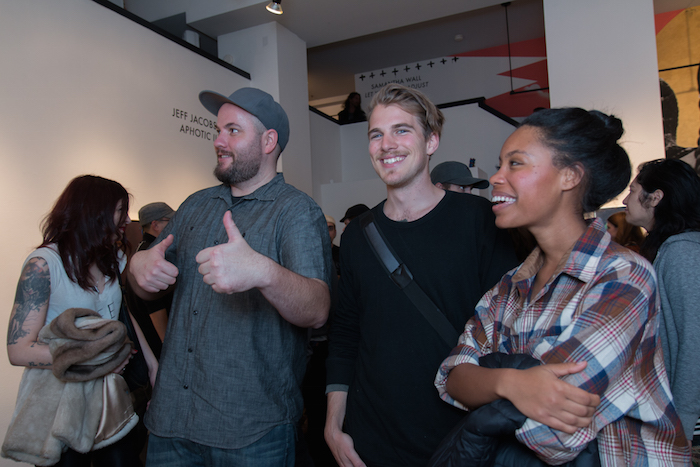 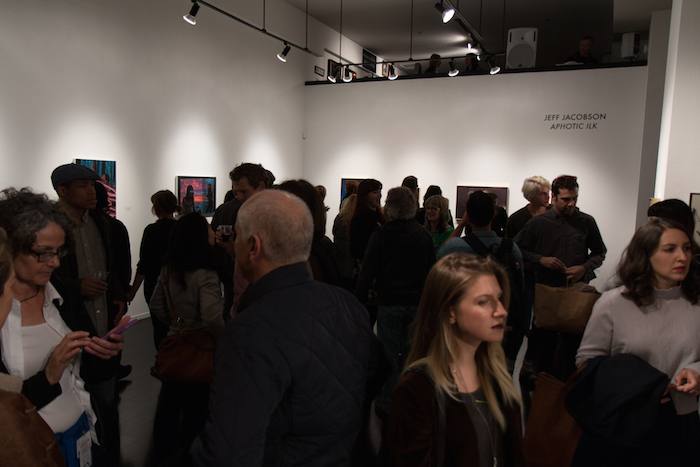 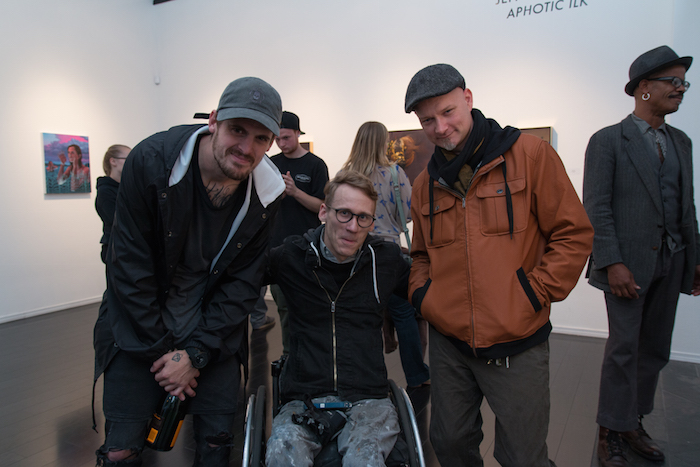 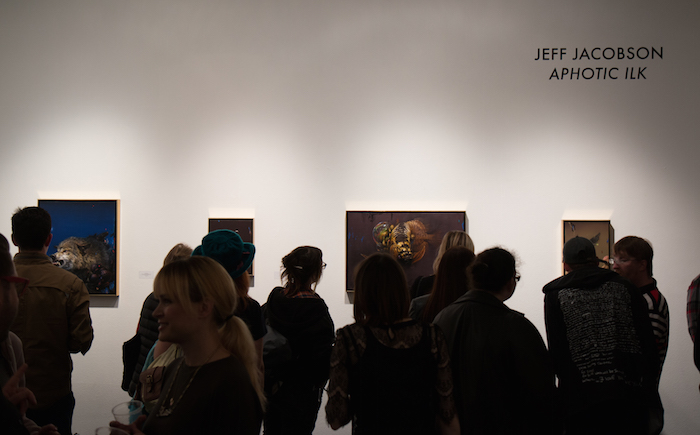 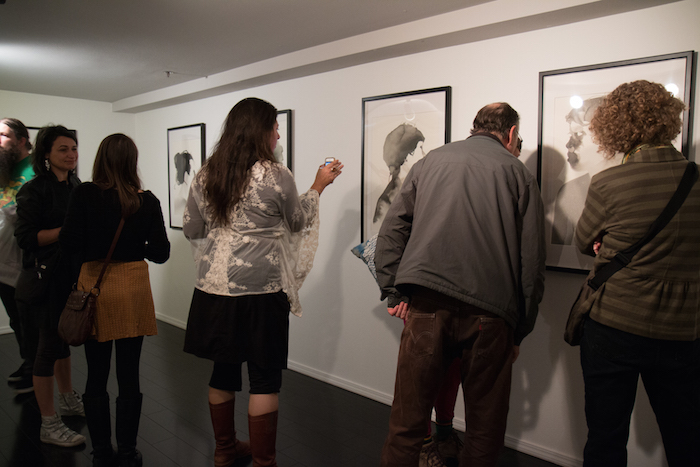 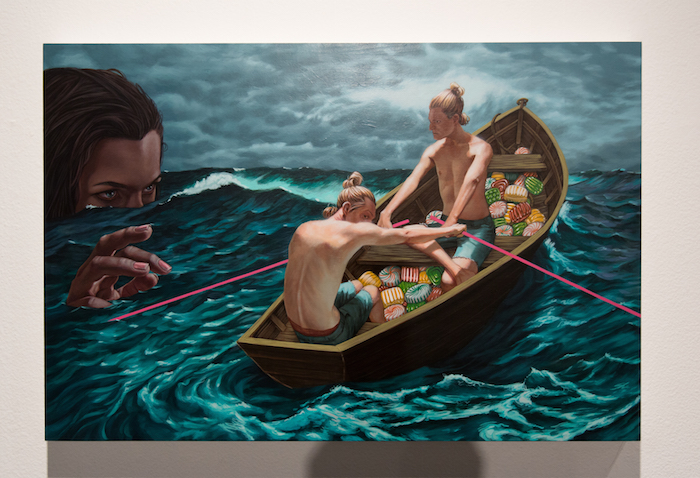 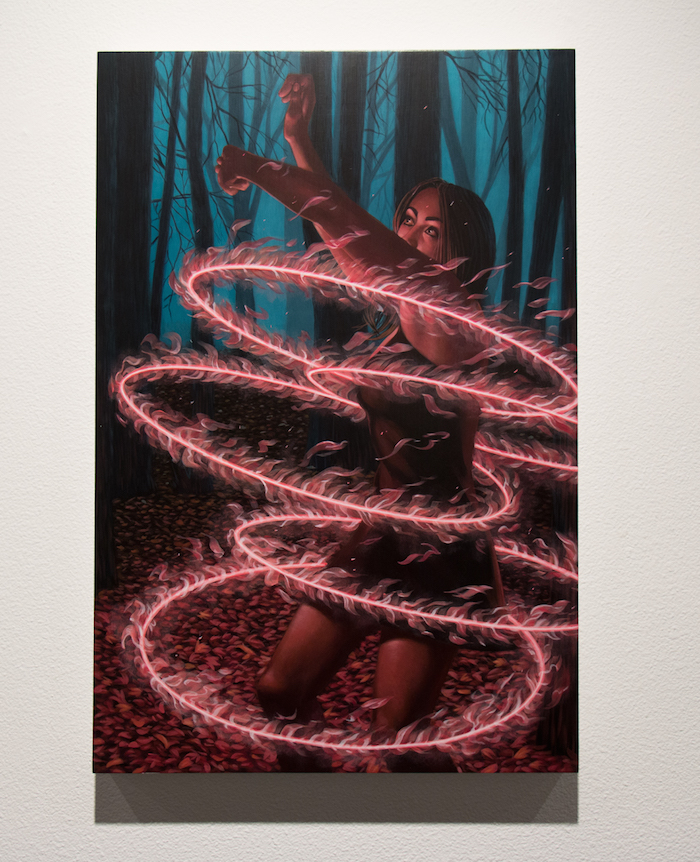