Watch The Skies will continue Travis Louie’s (interviewed) longstanding collaboration with the Merry Karnowsky Gallery with another exhibition scheduled for November 14th at the Los Angeles showspace. The New York-based artist has developed a signature style often featuring mythical creatures painted in the style of vintage black & white photographs and this new body of work is no different with a focus on the extraterrestrial.

Louie further states – “My work is a continuing conversation that started out as a veiled commentary about the immigrant experience. Originally the paintings were portraits of mythical beings and curious characters who come from unusual circumstances. Some of the stories were somewhat biographical despite being framed in a fantastical world. Like many other artists, I can’t help being influenced by my life experience, including all the sensory information that I keep absorbing. I’ve established  a look for my paintings that is modeled after 19th century photography with a mannered approach. There was a resurgence of interest in UFO’s and extraterrestrials in the 1970’s after Erich Von Daniken wrote Chariots of The Gods. I grew up in that environment and thought of aliens as the ultimate immigrants. Coupled with my love of atomic age science fiction films, I created these new paintings. The title of the body of work is reference to film The Thing From Another World (1951) directed by Howard Hawks about a group of government scientists and a US Air Force crew who discover a crashed alien spacecraft in the Artic and are forced to defend themselves against a frozen alien being that they accidentally thawed. No one knows for certain why they come here and theorists have come up with all sorts of ideas that range from evil intentions to beneficial ones. I like to think they just come here to look around.” 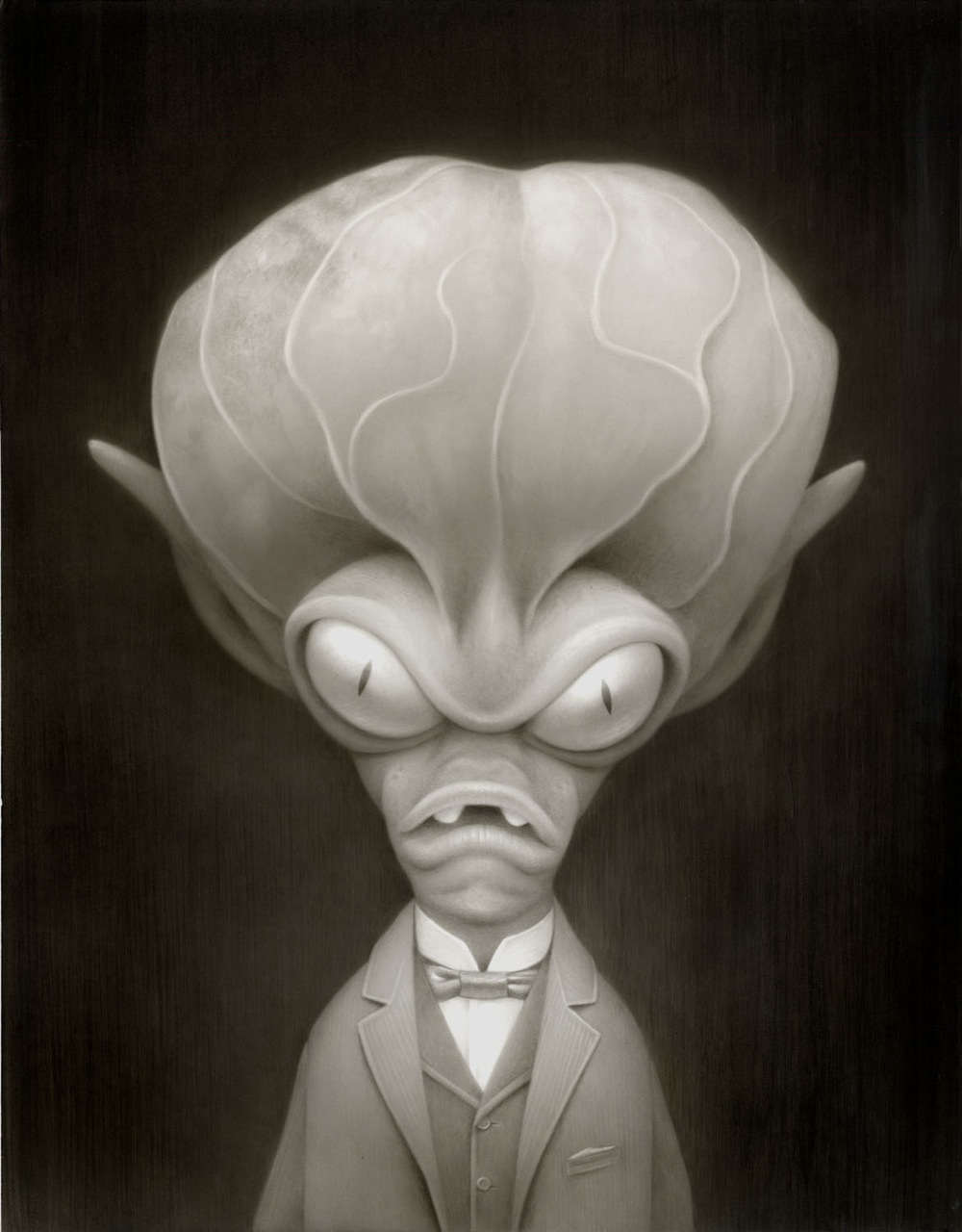 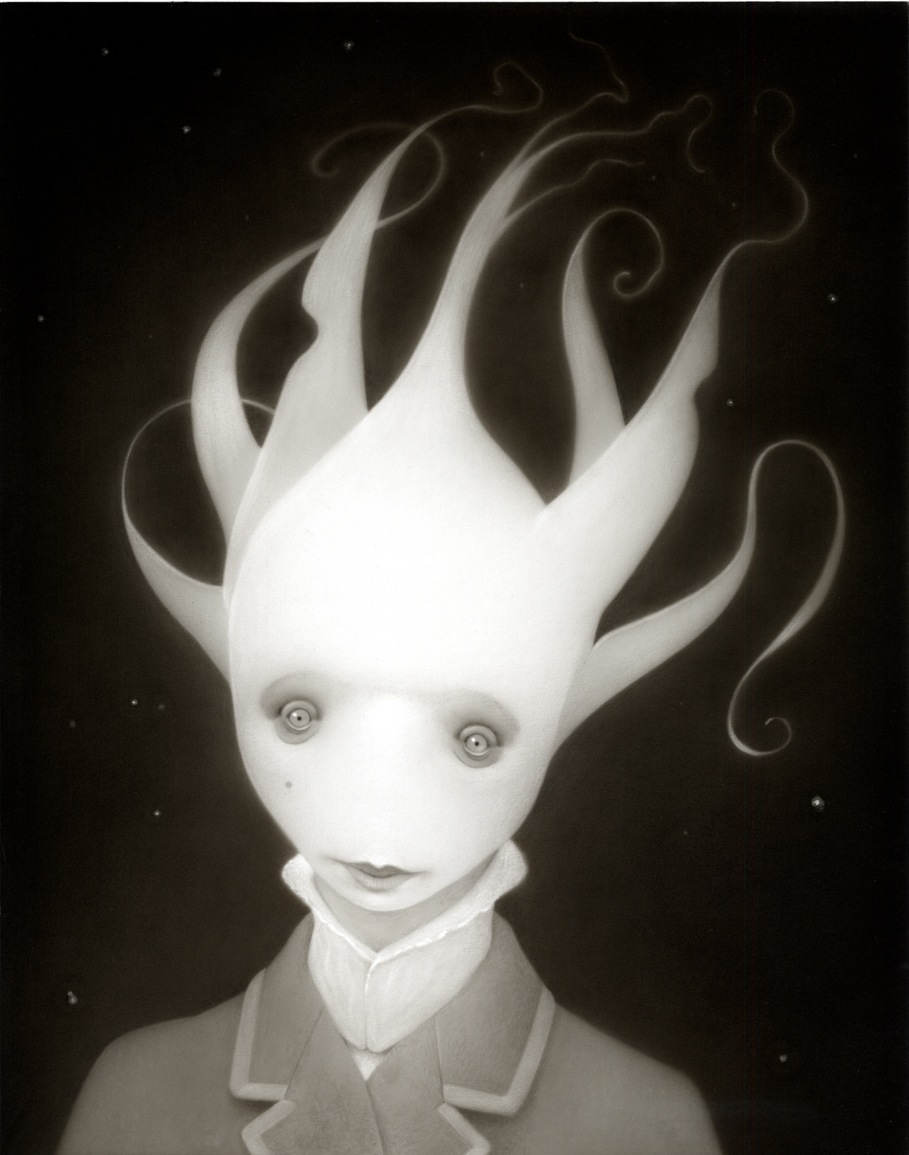 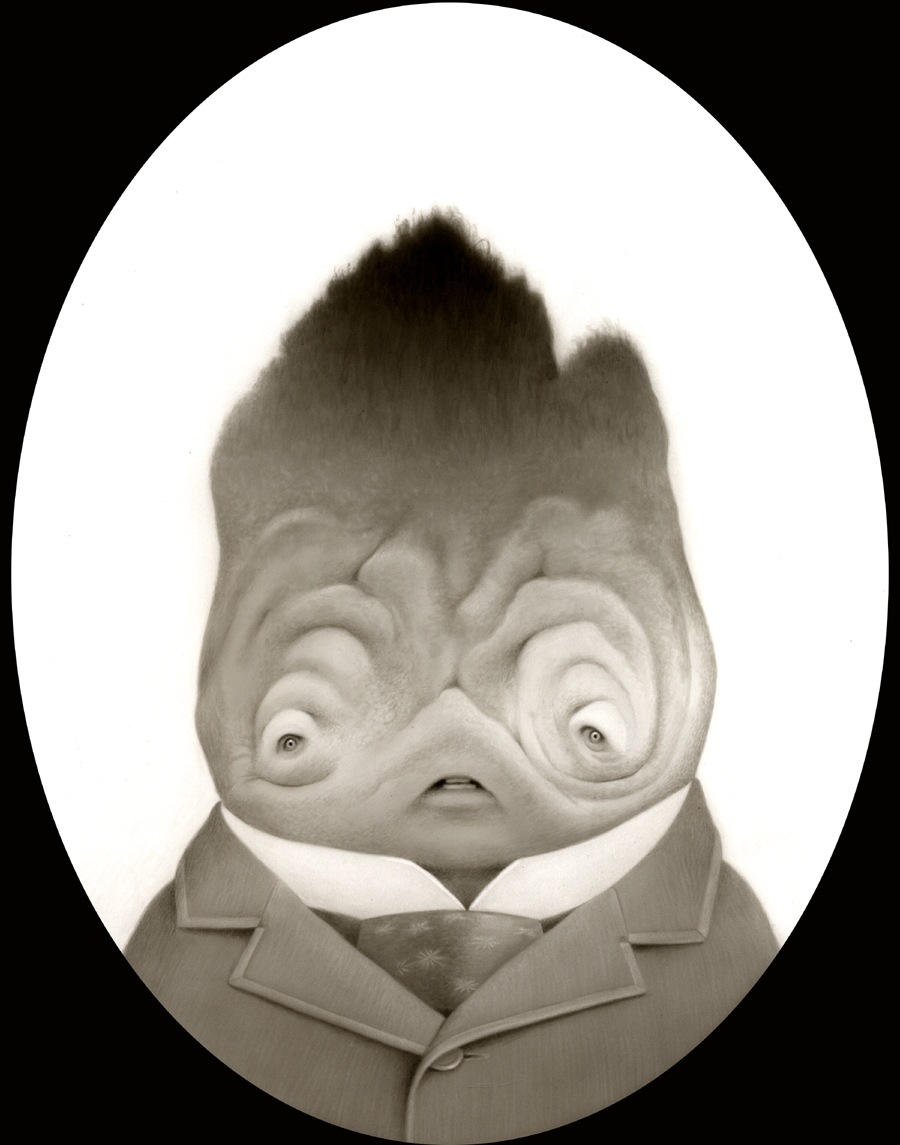 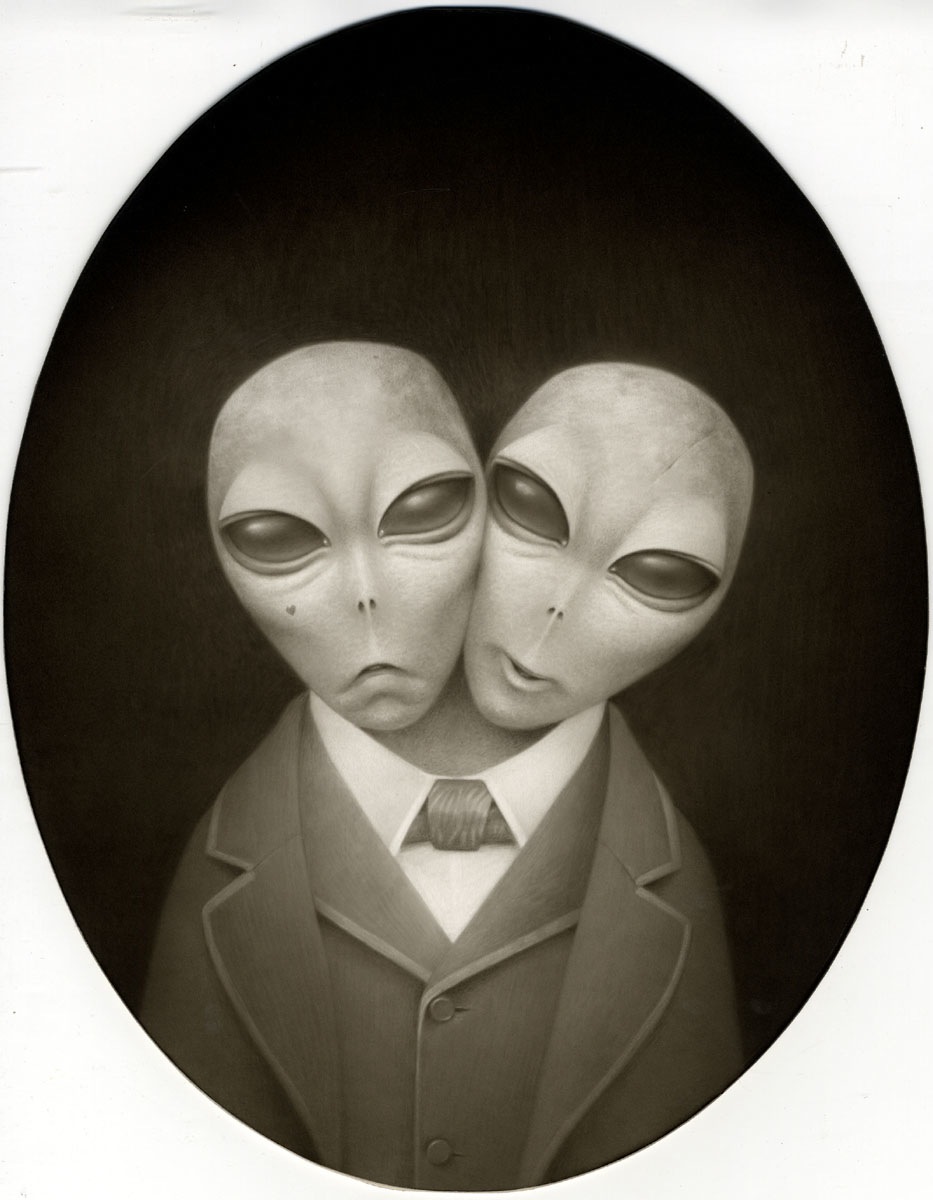