One month since his series of works were revealed in Jungle refugee camp in Calais, Banksy just created a new piece in London. Discovered earlier today on the French embassy, the stenciled image features a girl from Les Misérables, tearing up as CS gas flows over her.

This wall, which includes a French flag and the iconic girl from the famous musical, comments on the events from the 5th and 6th of January when French authorities used tear gas, rubber bullets and concussion grenades while attempting to clean up a section of the camp. Even though a police spokesperson later denied the use of tear gas, YouTube footage that appeared online clearly proved that to be untrue. Actually, one of these videos (shown below) is linked via the the QR code that is painted next to this piece, which is the first time for the elusive artist to use these optical labels.

With refugee crisis showing no signs of slowing down any time soon, it’s good to see artists getting involved and using their reputation to showcase the injustice and alarming situation. 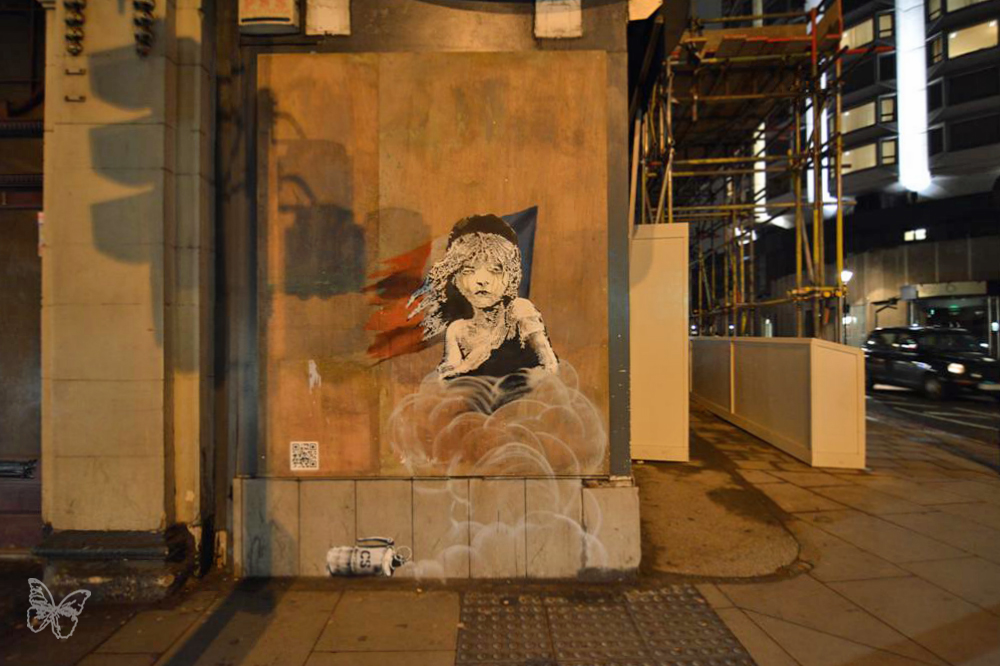 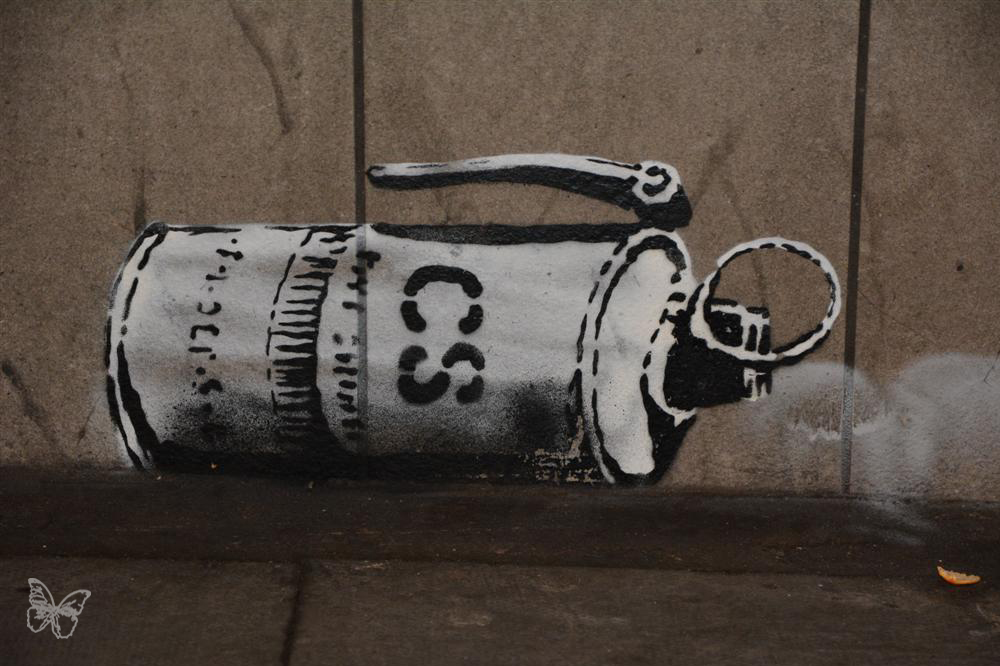 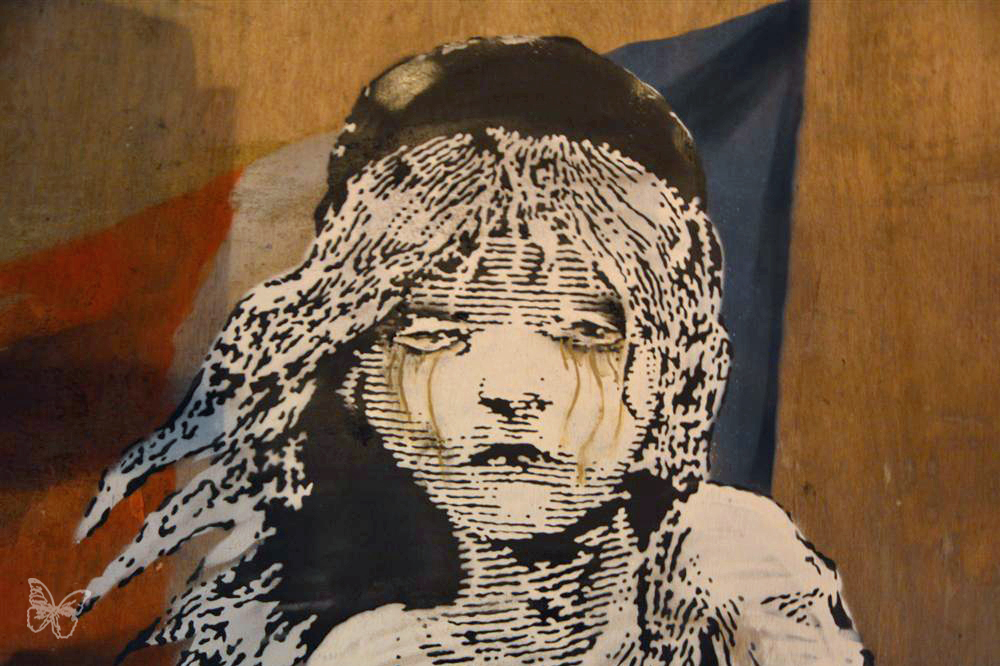