On March 3rd, Hashimoto Contemporary in San Francisco will be opening a two person show entitled ANEW from Erin M. Riley (interviewed) and Lucien Shapiro. Although the pairing seems odd at first – when you delve a little deeper, you will see that both artists create personally meaningful work though unconventional methods.

The Brooklyn-based Riley takes traditional hand-woven tapestries in a unique direction by choosing subjects that are considered taboo, which are often associated with womanhood. She further states – “There is so much about being a woman that is hidden. We are meant to be clean, precious and virginal, and yet there are bodily functions that are off limits… I want to face the daily objects that so many women use, but so many women hide. The more comfortable we are around certain things, the less theycan be used against us.”

The locally-based Shapiro remakes found objects into sculptures that gives new life and meaning to the cast aside and forgotten items. When the pieces are examined closely, viewers then realize that the chosen materials (bottle caps, broken glass, and drug paraphernalia) often reference dependency and habit. The new works will be companied by a film derived from the proverbial principle “see no evil, hear no evil, speak no evil.” 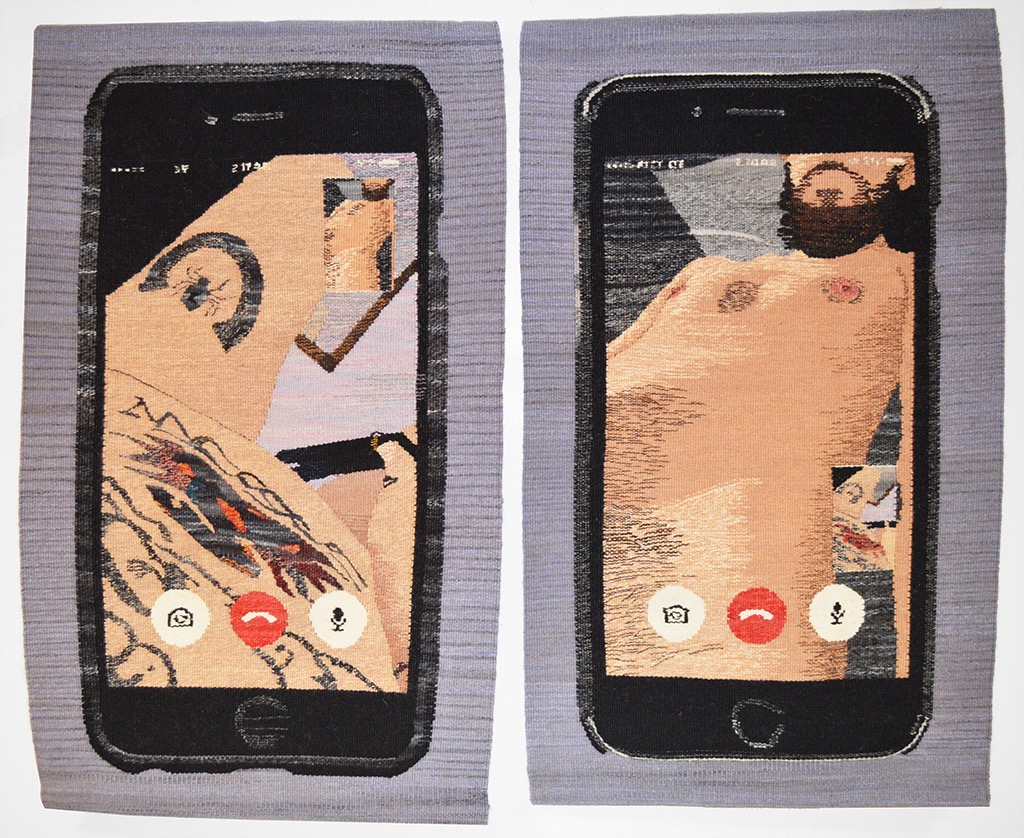 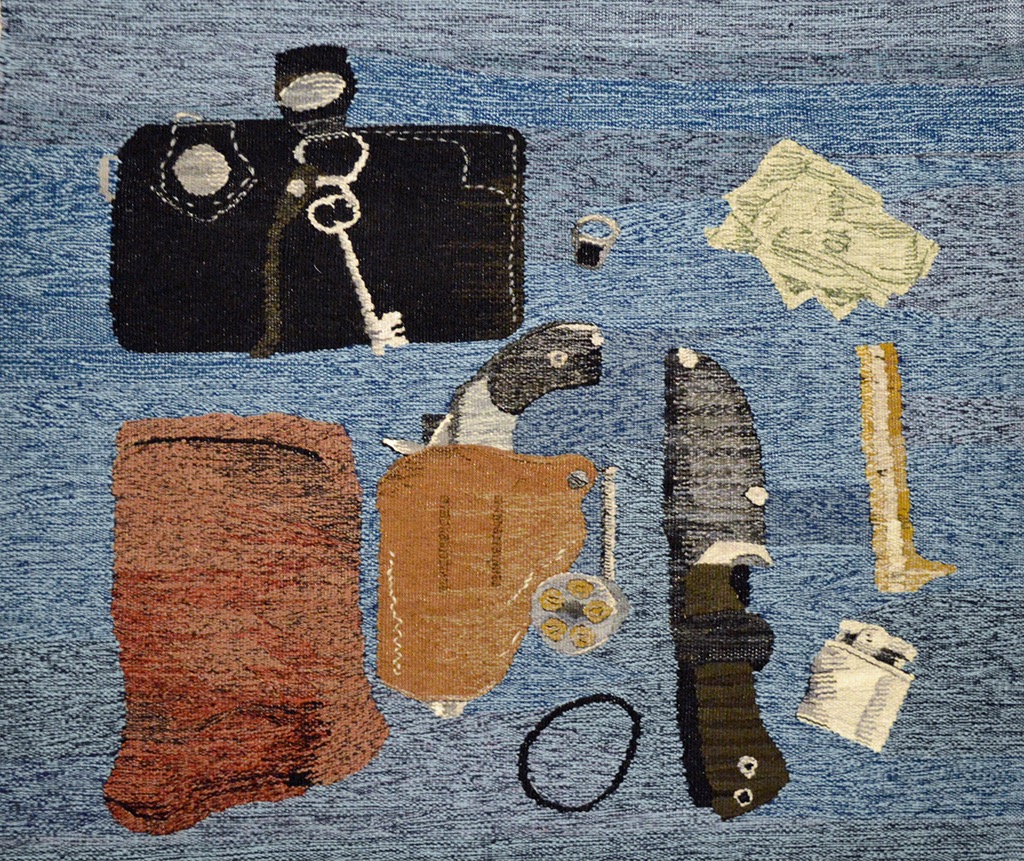 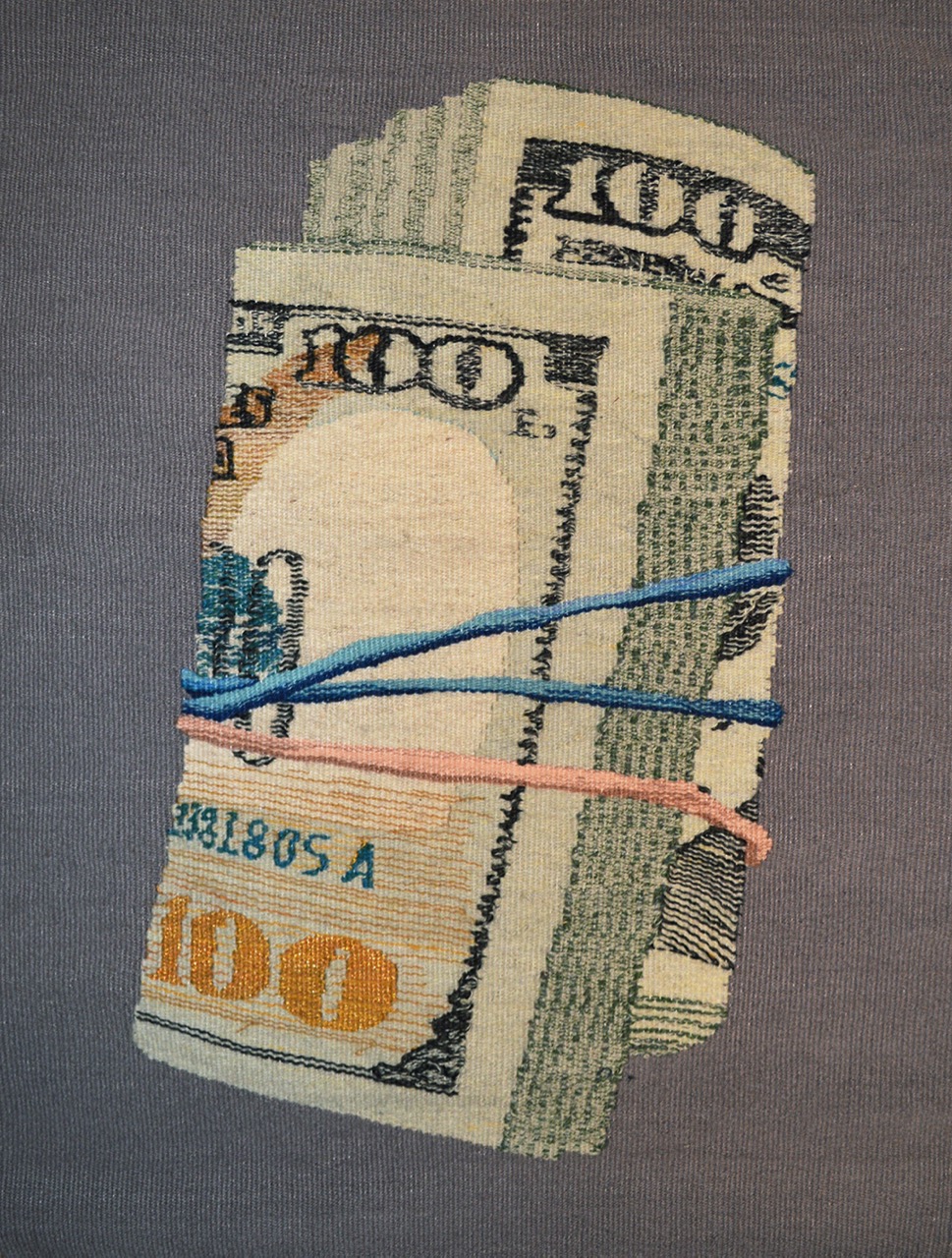 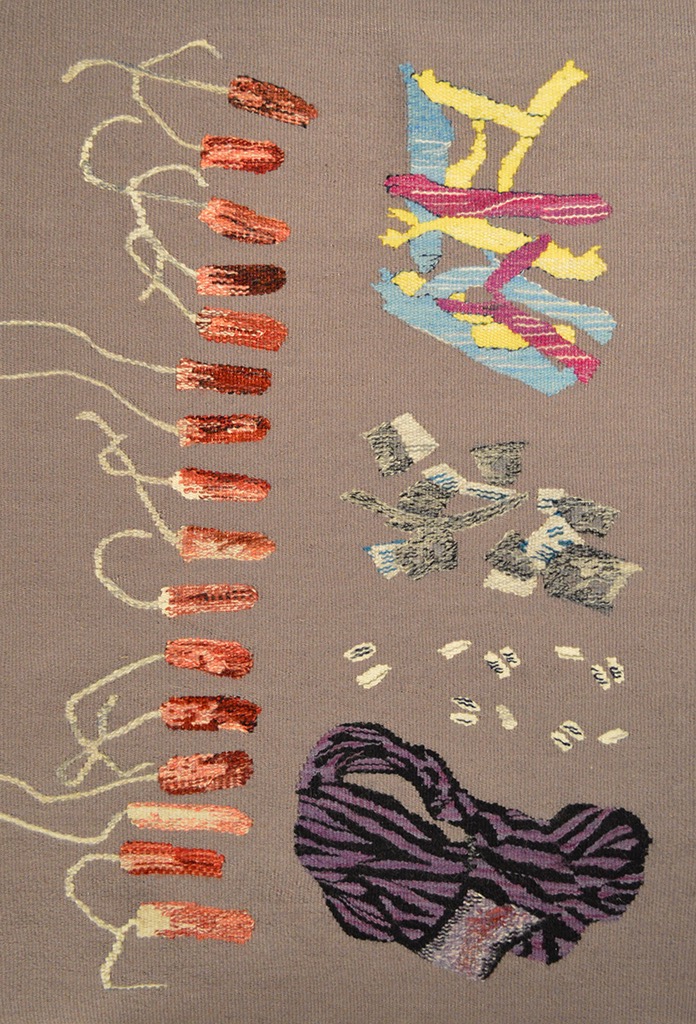 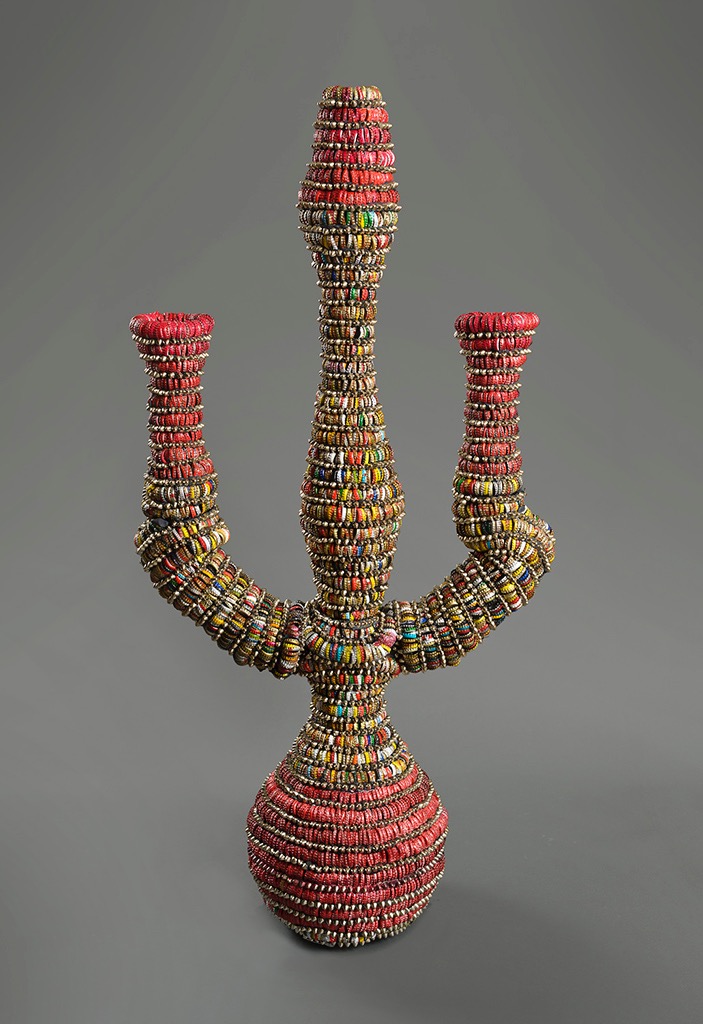 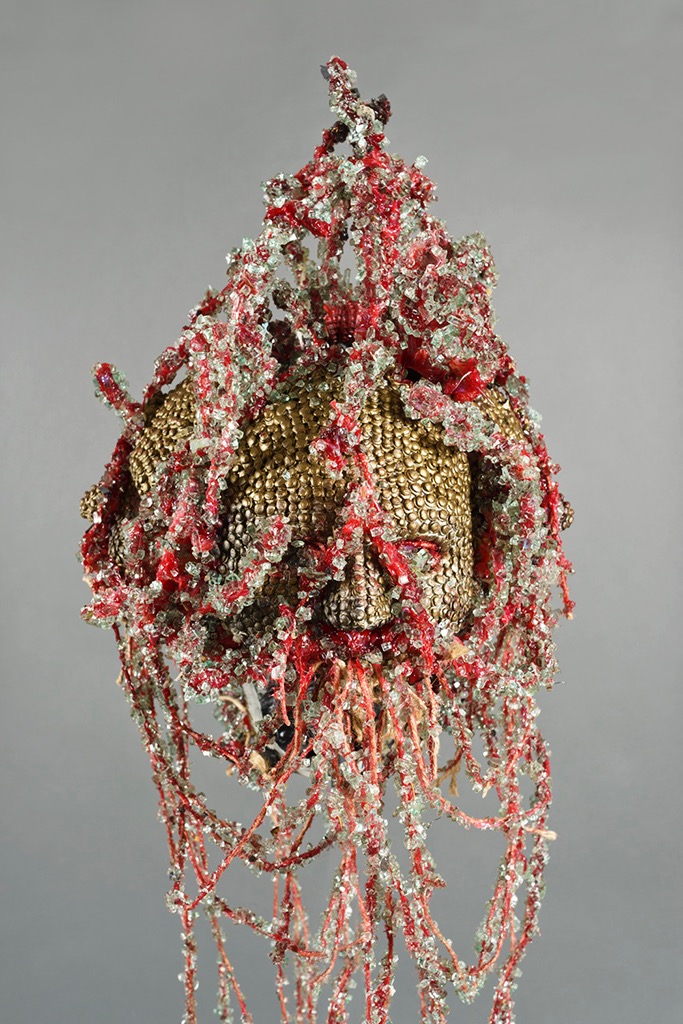 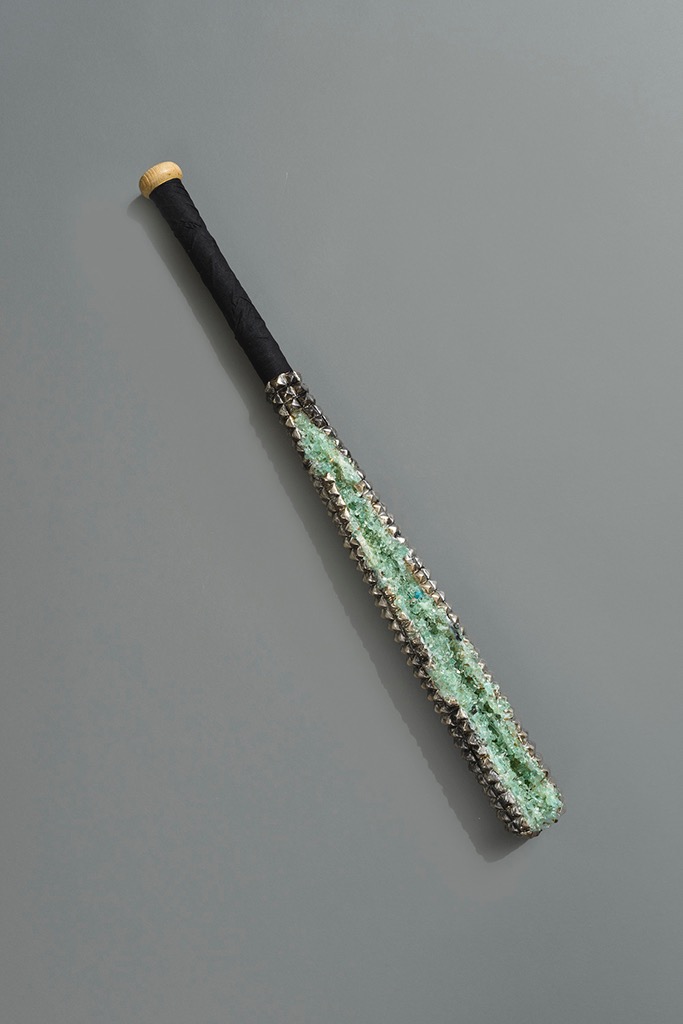 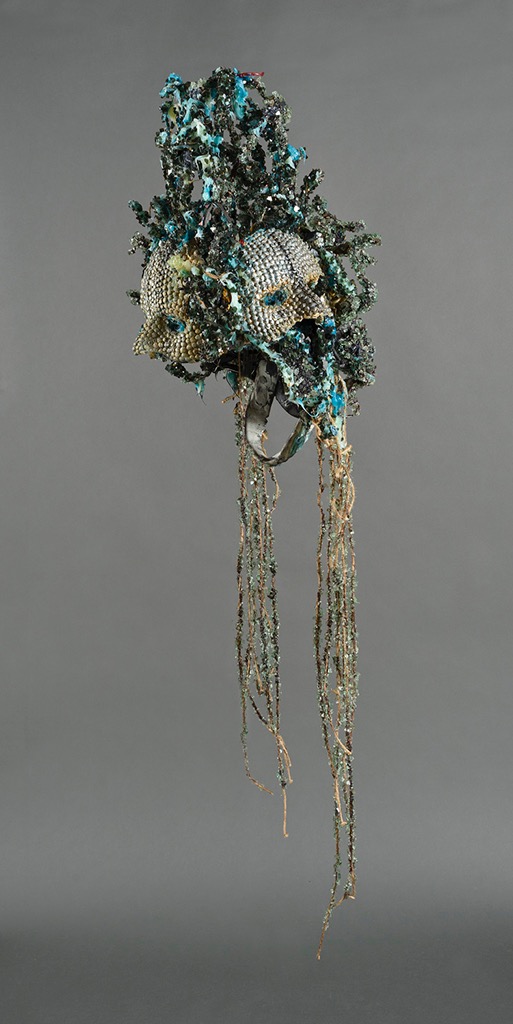