Only few weeks before opening his second solo show with Mary Boone Gallery in New York, Tomoo Gokita gave us a peek inside his Tokyo studio. Among all the new artworks ready to be shipped to the US, we were able to enjoy this stimulating place and all the various bits from which the Japanese artist is getting his inspiration.

Out Of Sight will be Gokita’s second show with the gallery since his 2014 show (covered). For this exhibition he prepared a whole new series of monochromatic paintings that evoke a fictional world of vintage starlets and gangsters. Mostly large in size, the pieces were created with gallery’s spacious Chelsea location in mind. Though primarily inspired by the retro films and photographs, they also feature elements of popular Japanese culture. Contemporary Japanese comics (manga), graphic novels (gekiga) or even monsters (kaiju), can be found all around the studio, along with vintage US magazines, large piles of books and an impressive record collection. As a fan of music, the Tokyo-based artist collaborated with different musicians on creating their album covers, and still has working versions of those designs hanging on the studio walls. Along with those, the walls are covered with sketches, fliers, posters, with special attention given to a small wrestling memorabilia section. Among these little personal jewels, there are stacks of brushes, pencils and pens scattered around, as well as an improvised paper palettes on which Gokita mixes the lush range of black, gray, and white tones. 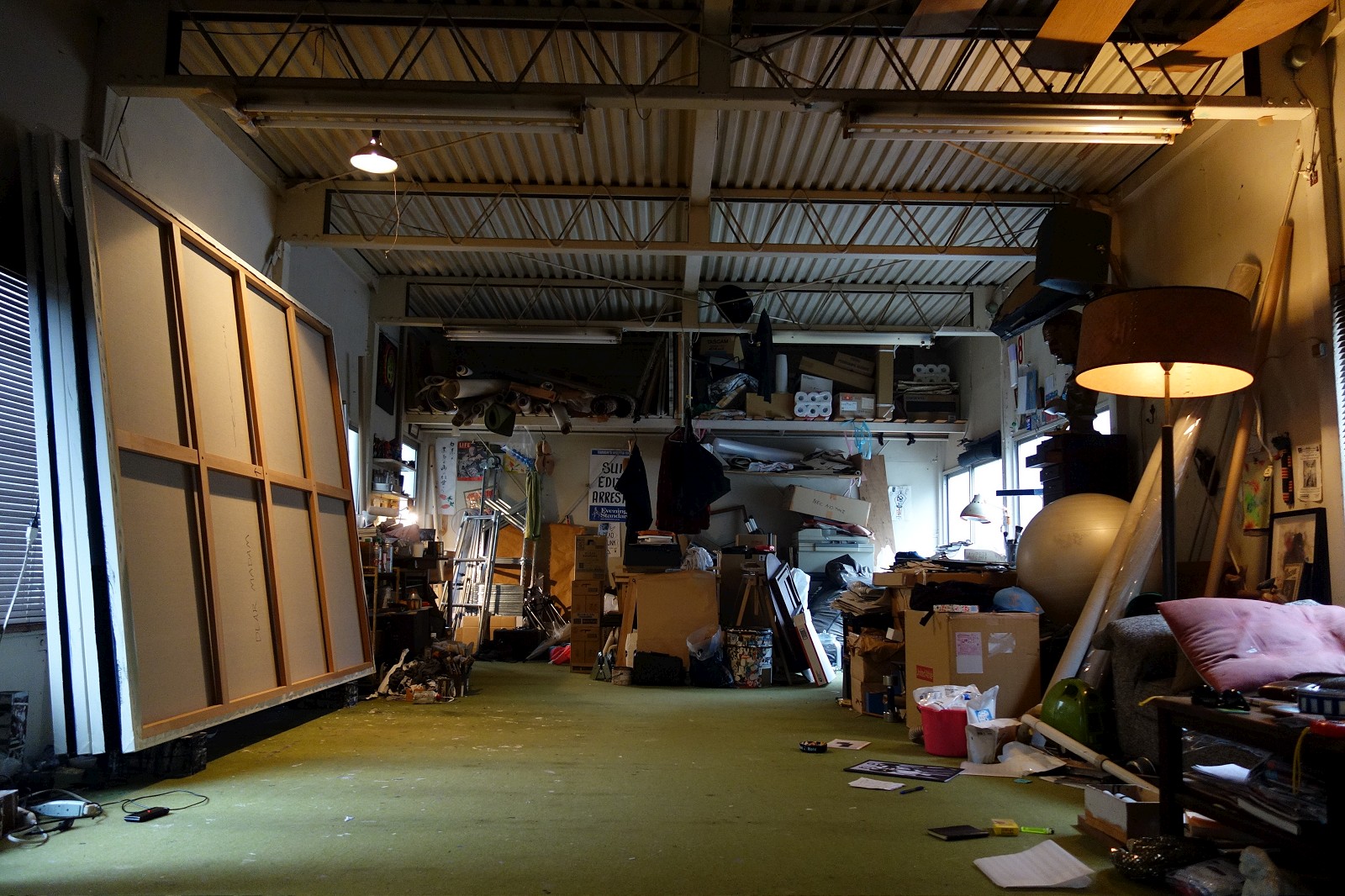 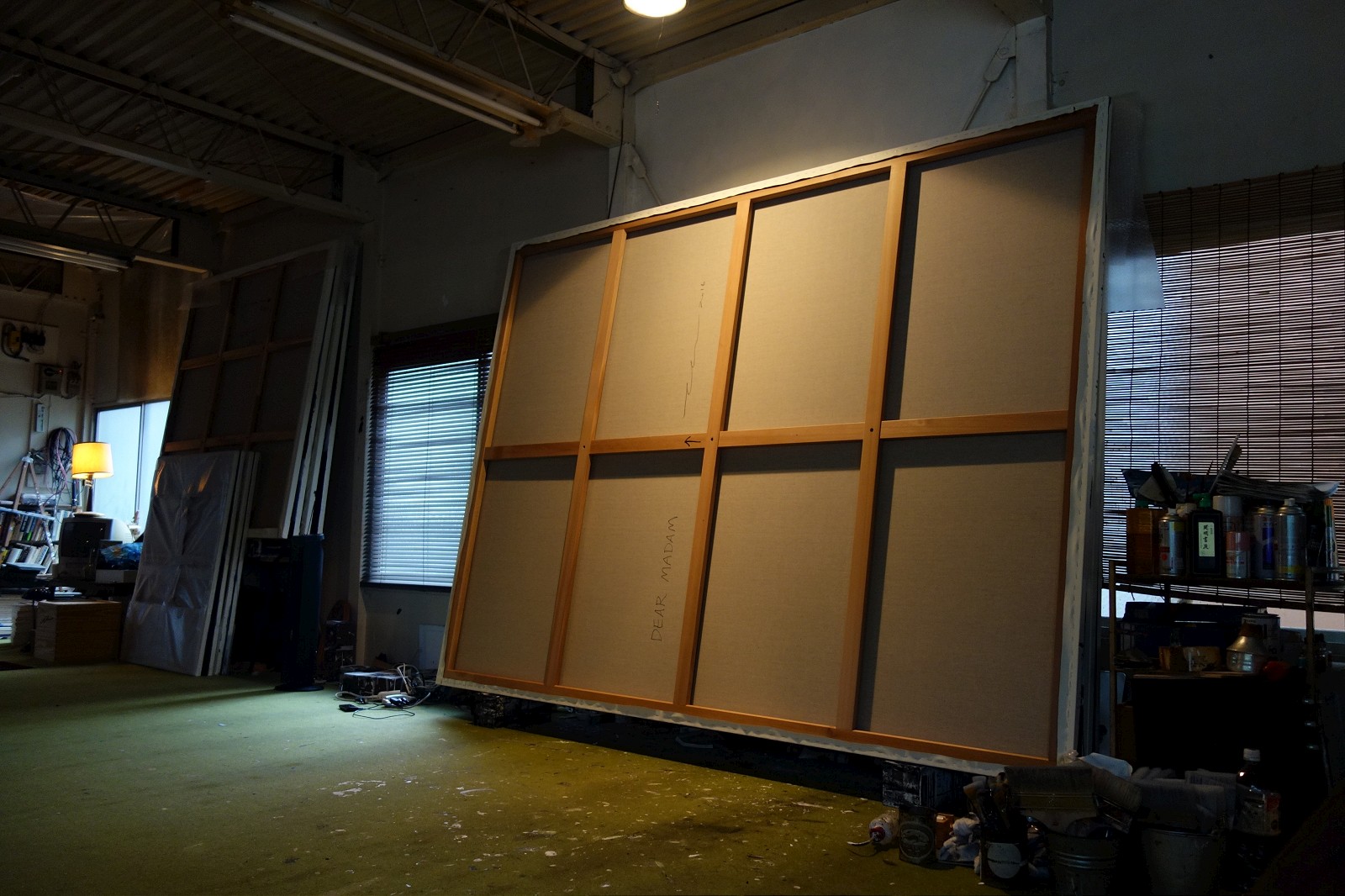 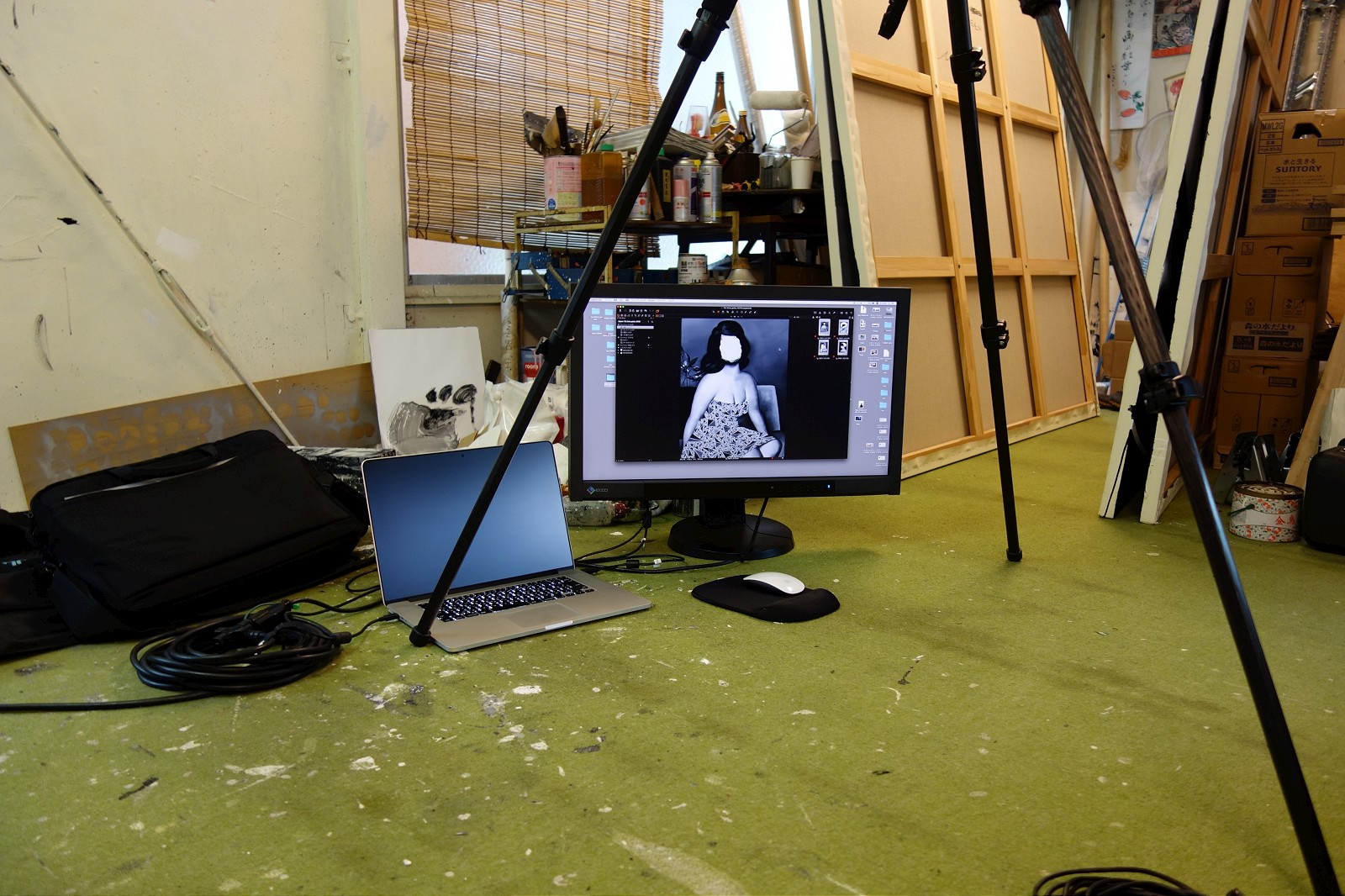 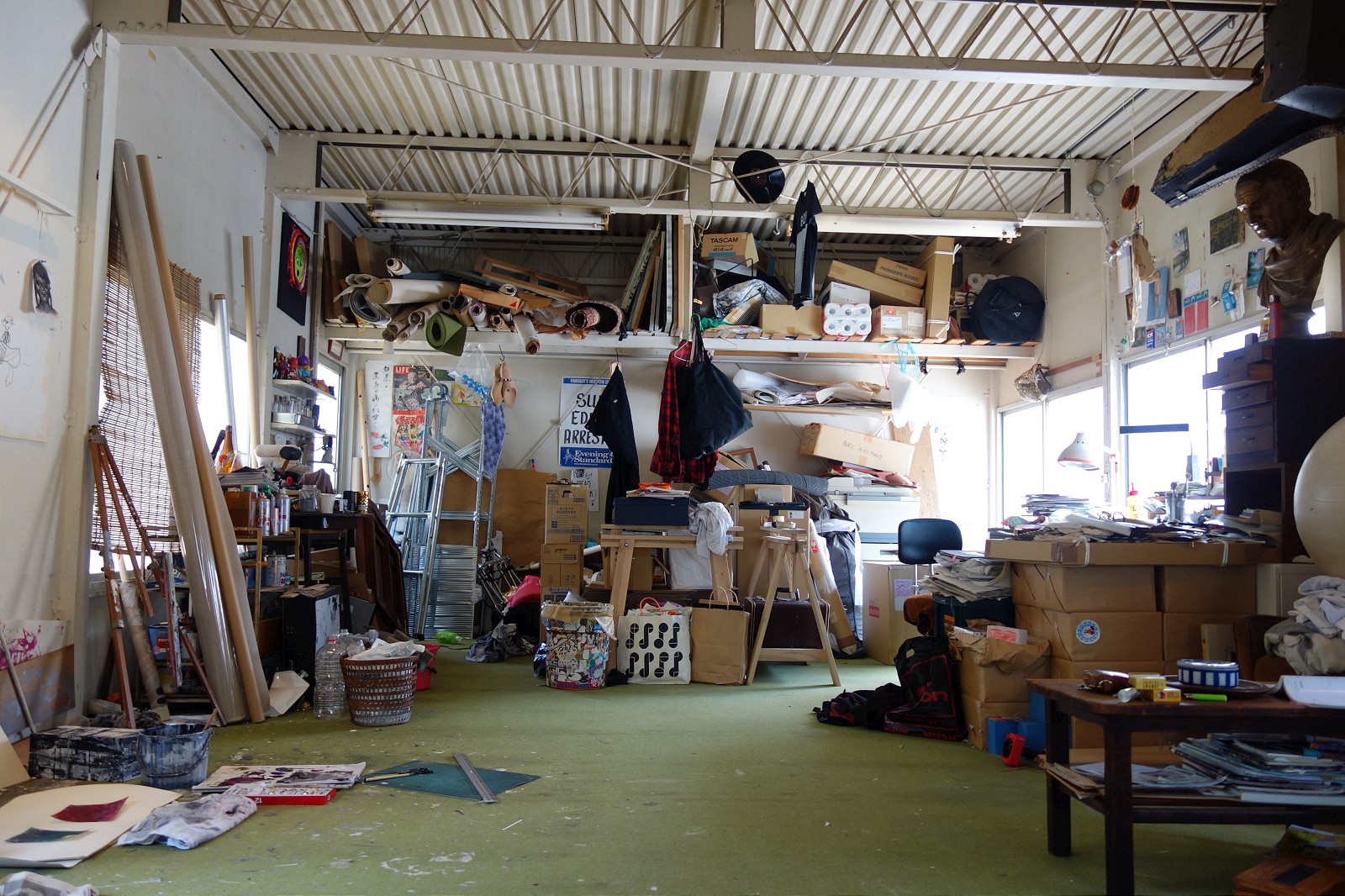 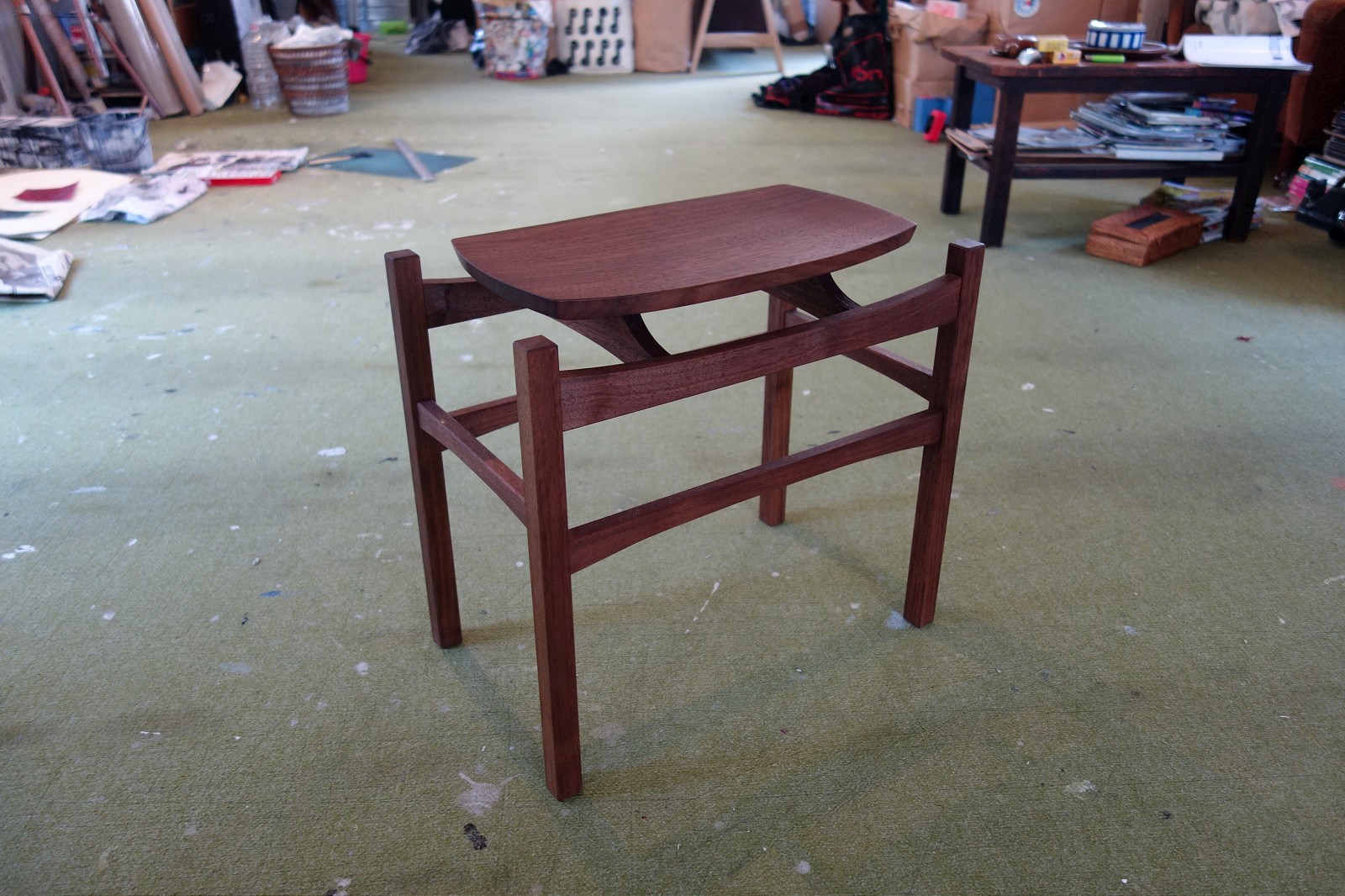 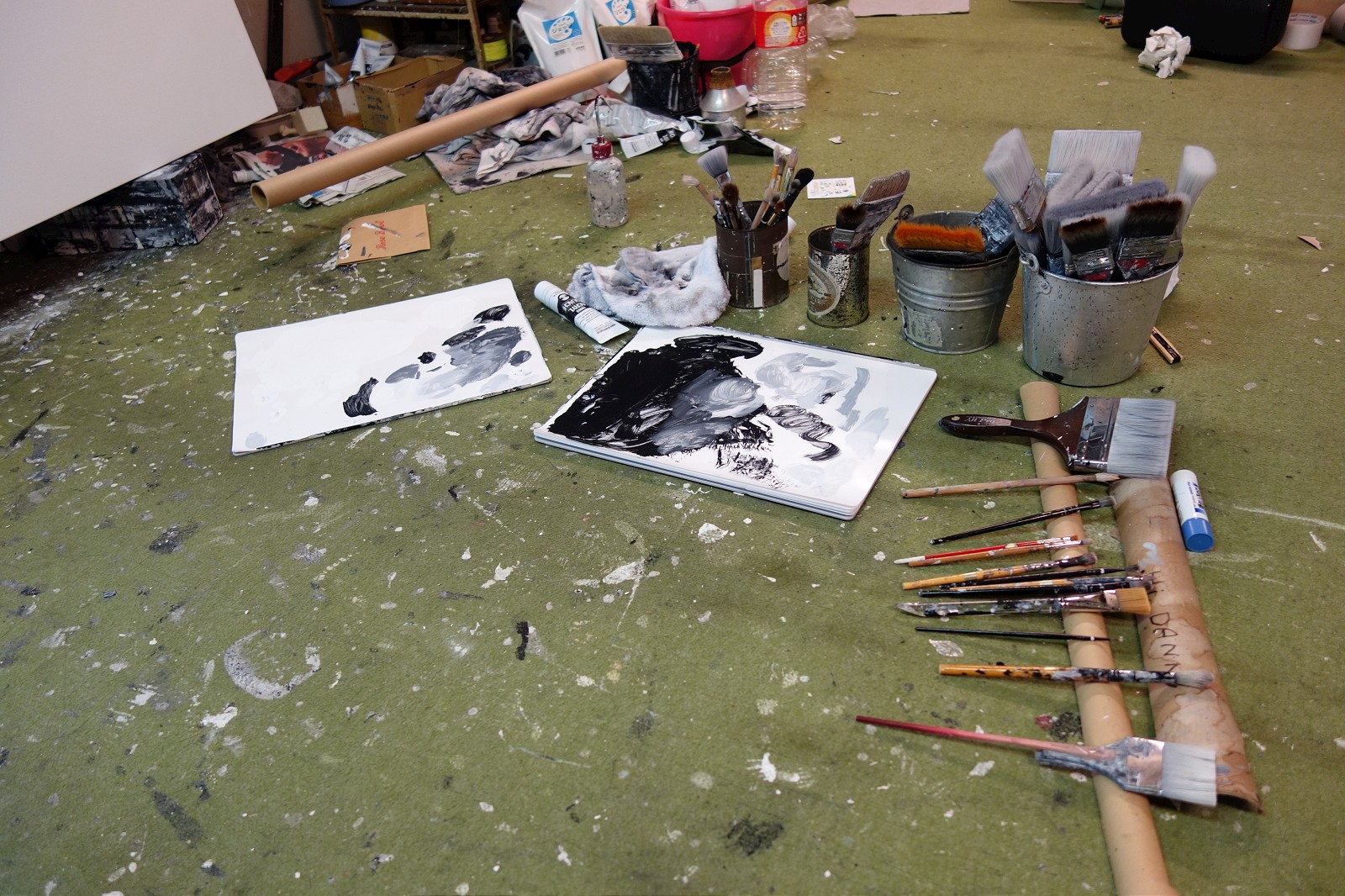 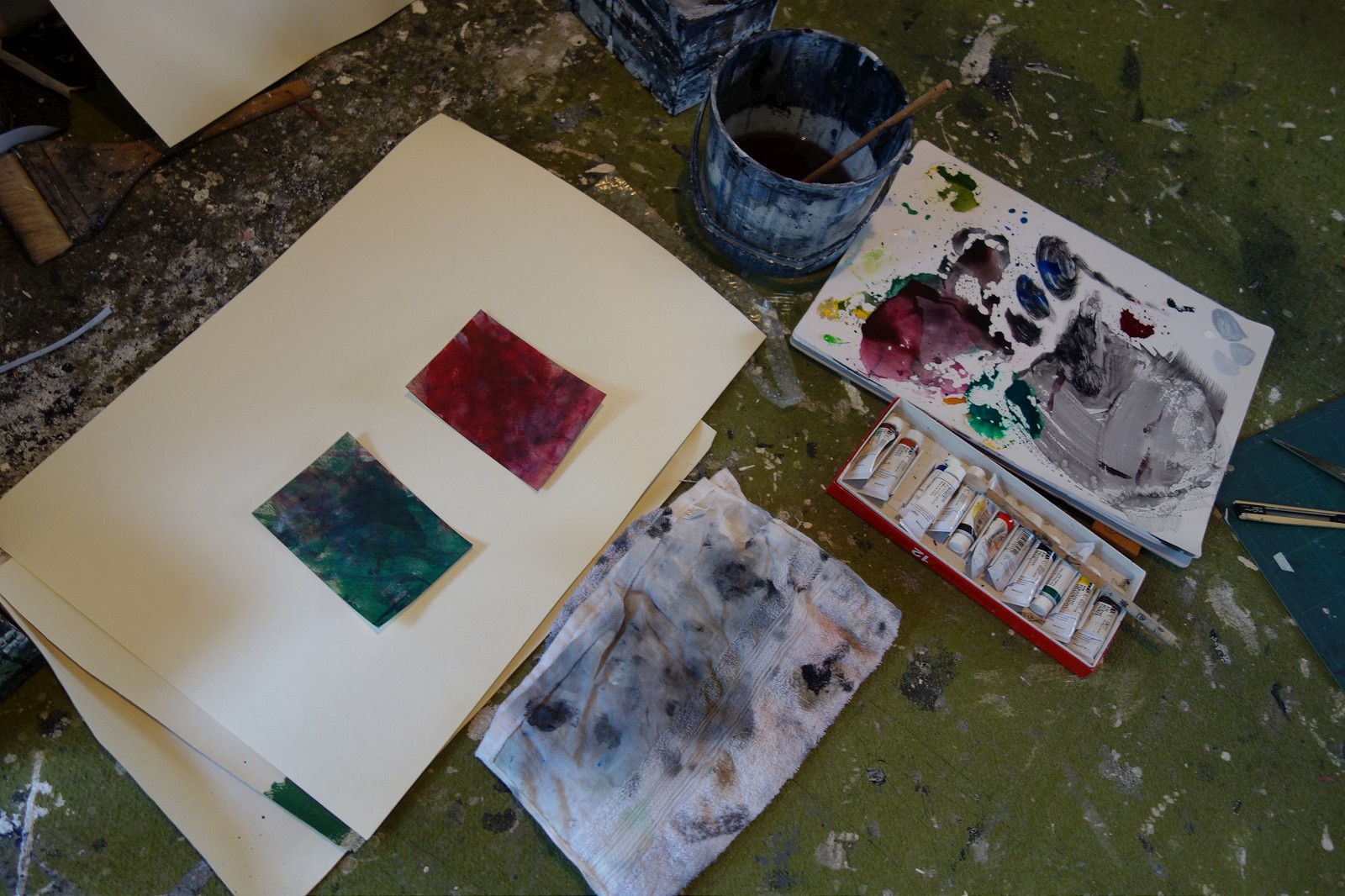 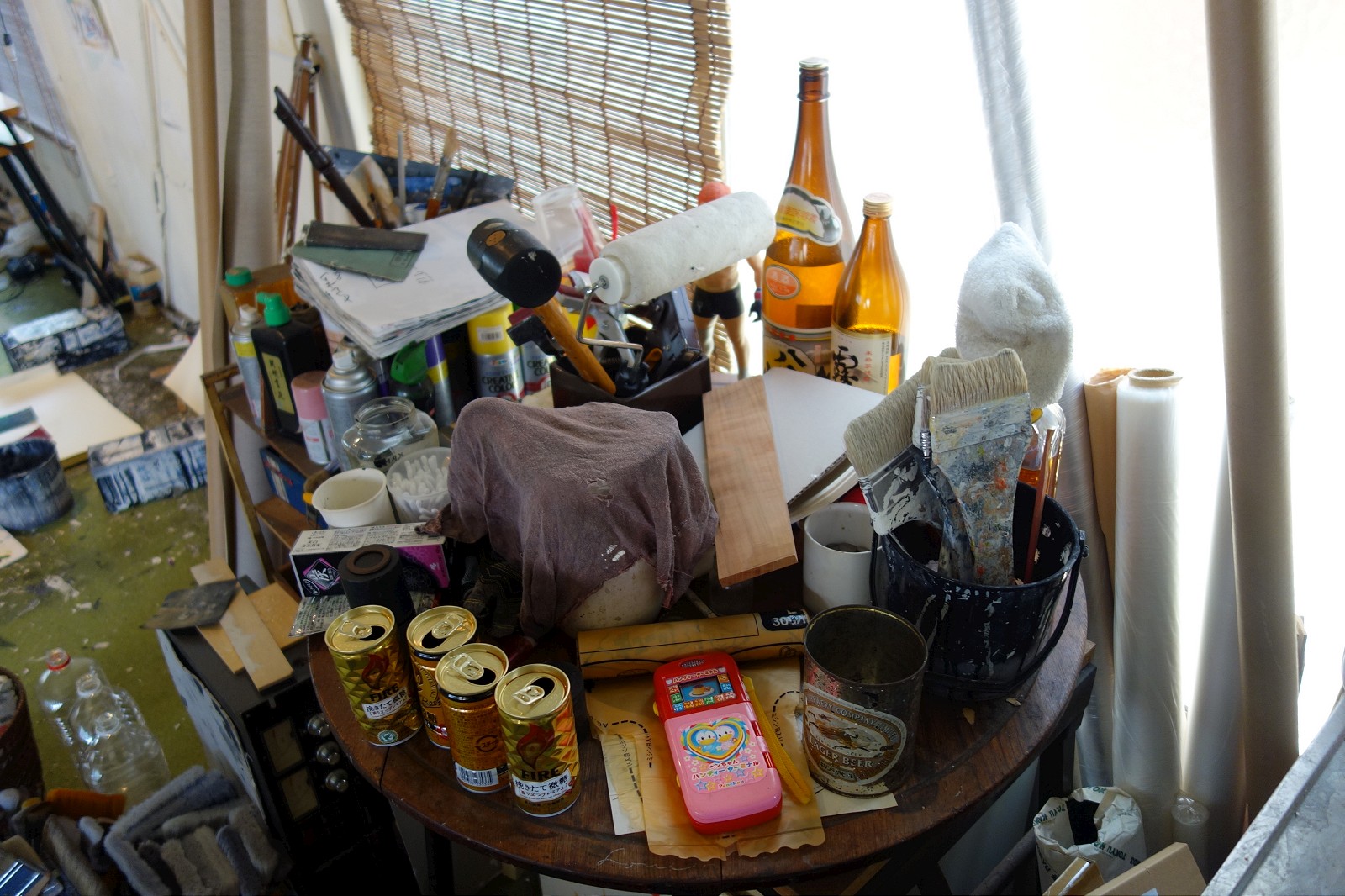