The 10 new acrylic paintings and one sculpture were created around the idea of re-inventing American icons. From Hollywood starlets to pop culture idols (fashion and music stars), the Japanese artist presented his vision of these characters as one of his retro-future pinups. Examples include Kate Moss shown as a bionic Playboy bunny, Elvis Presley as a laser emitting radio transmitter, and even the queen from Snow White as a kinky dominatrix. Hyper-detailed and highly rendered, these superrealistic pieces have the unmistakable aesthetic of airbrush art that he’s been known for since the 70s. Following the same theme, Sorayama presented his latest sculptural piece titled simply Sexy Robot. Done entirely of aluminium, the sculpture of a naked retro-futuristic robotic pinup is placed on a shiny, chrome bed and is produced in a limited edition of only 10 pieces. The show will stay on view through December 17th and is accompanied with a newly released limited edition book available through the gallery in both regular and a special, aluminum edition. 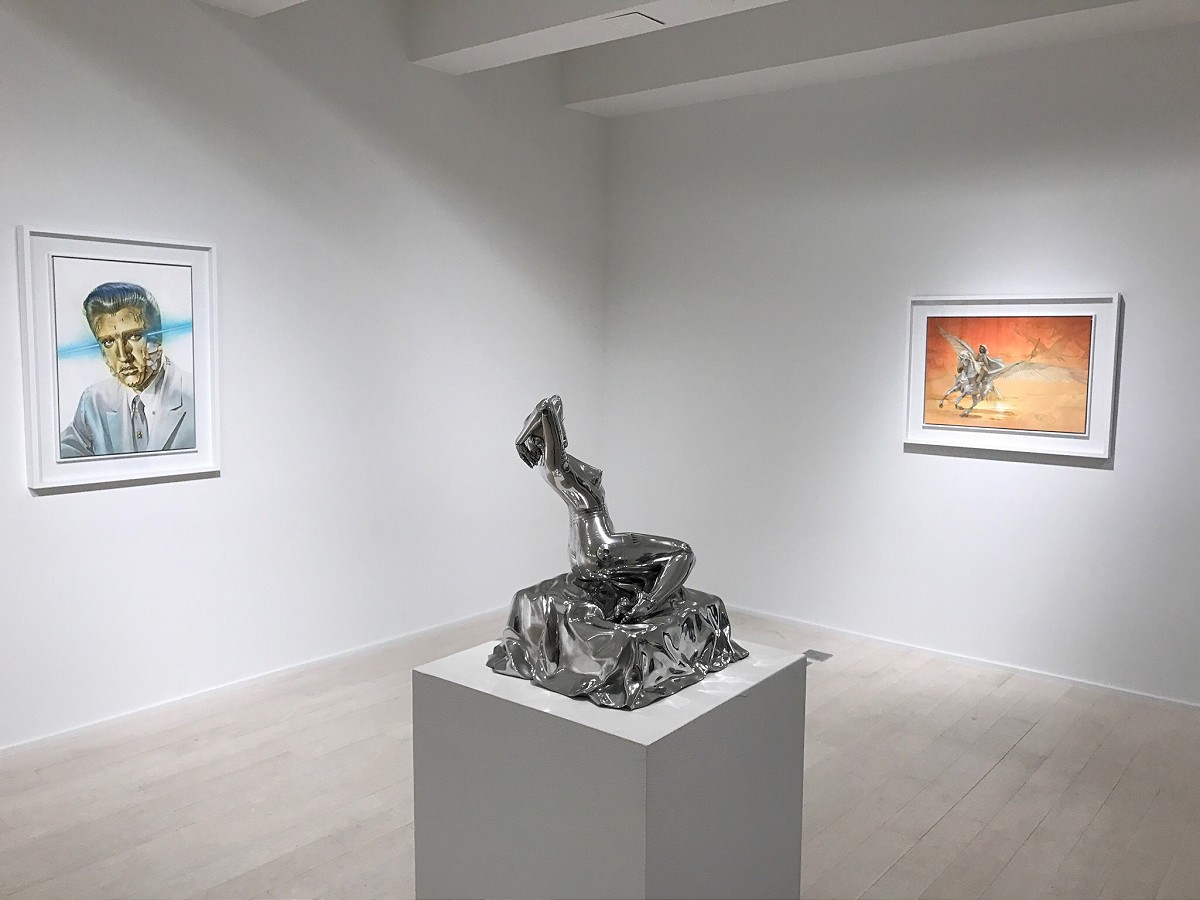 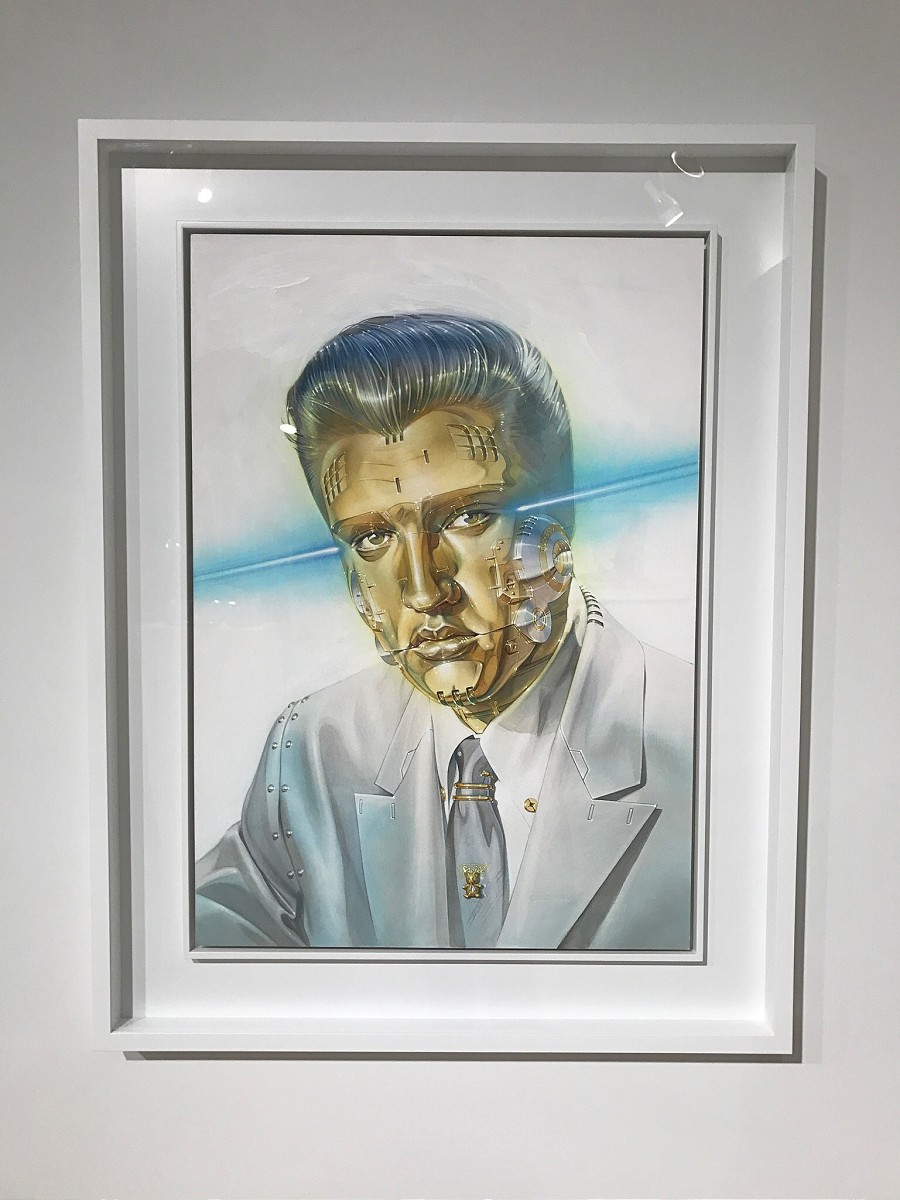 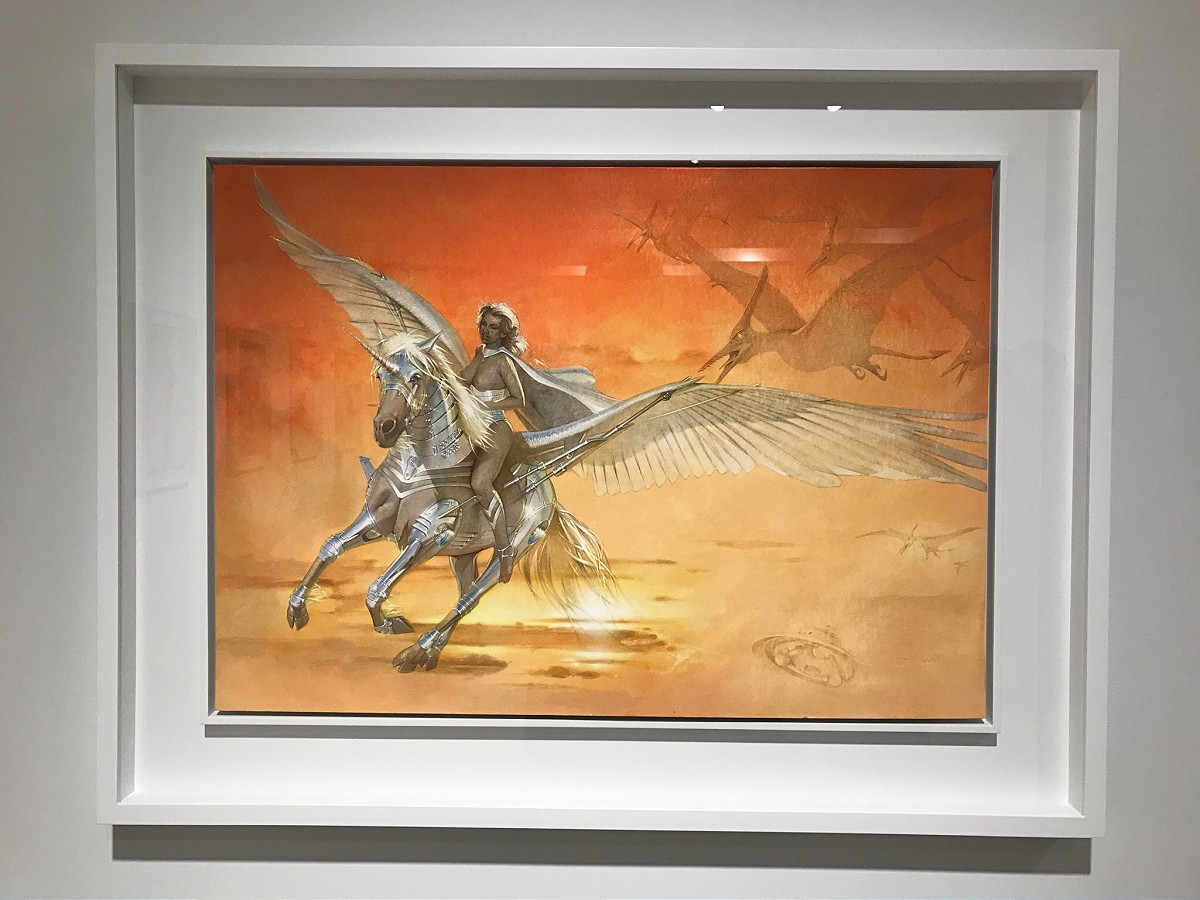 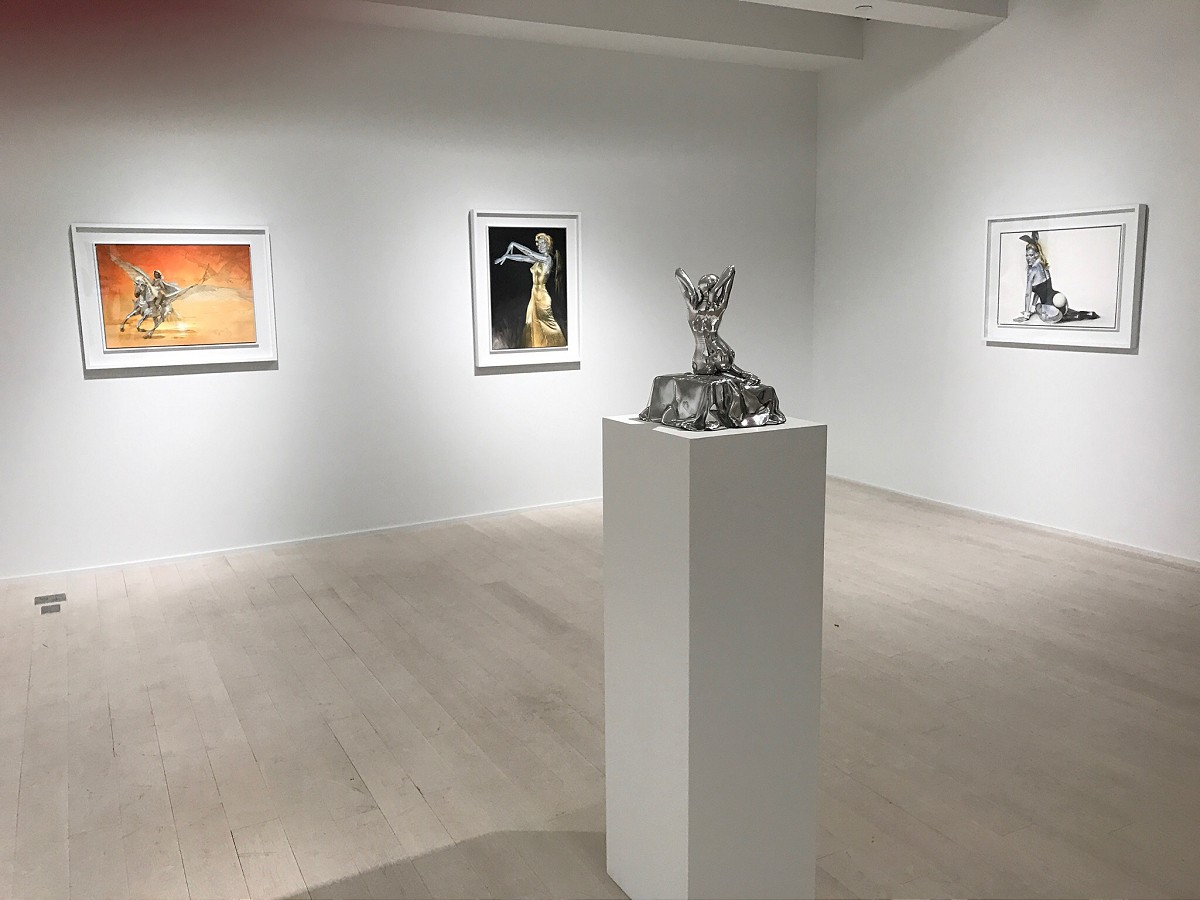 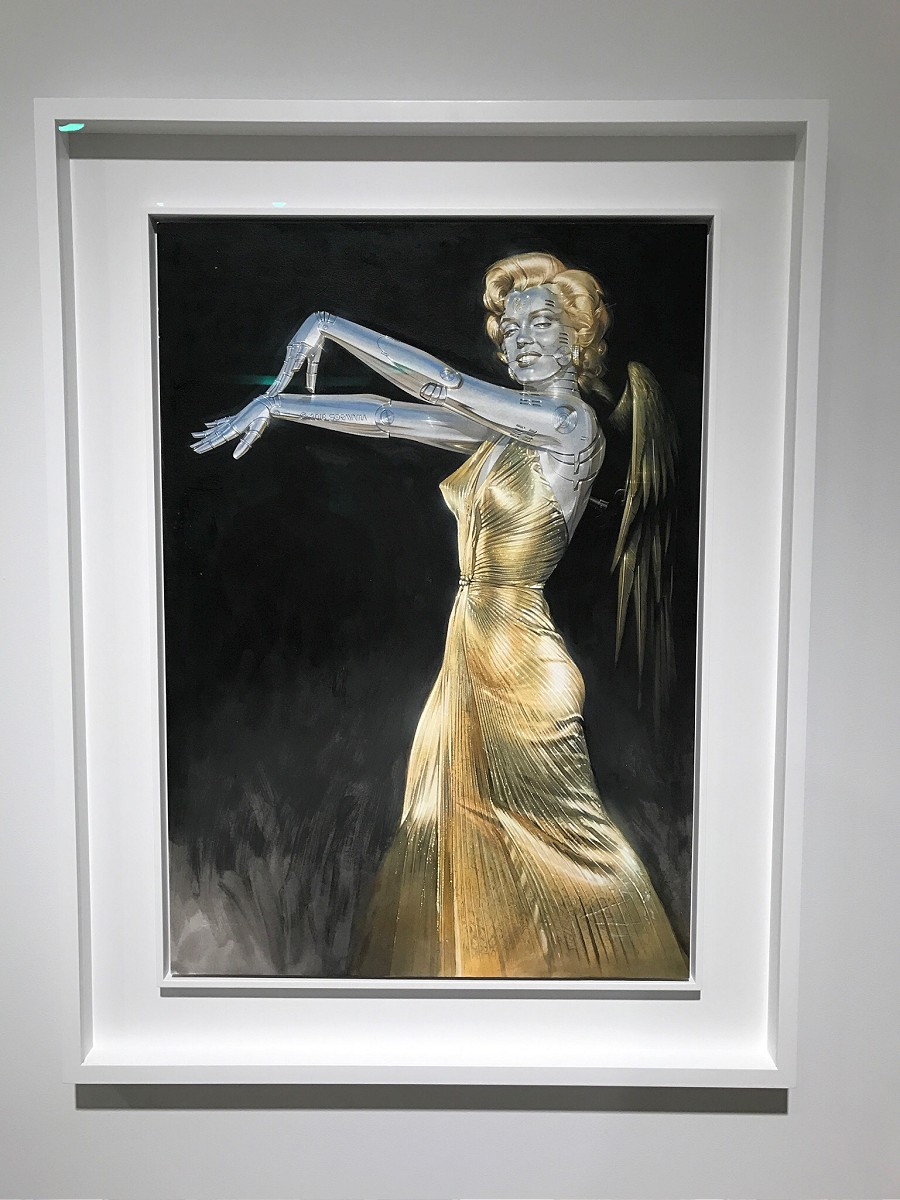 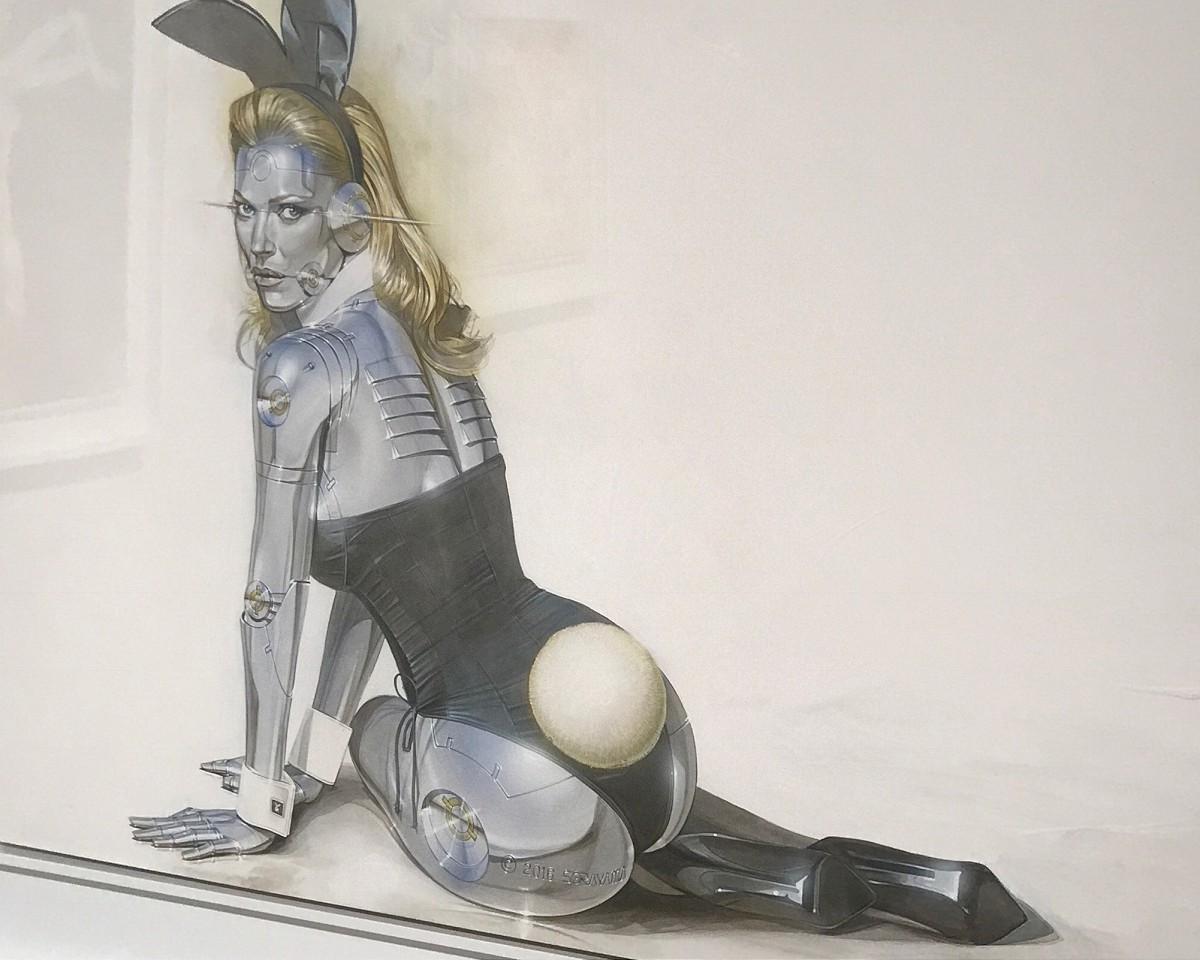 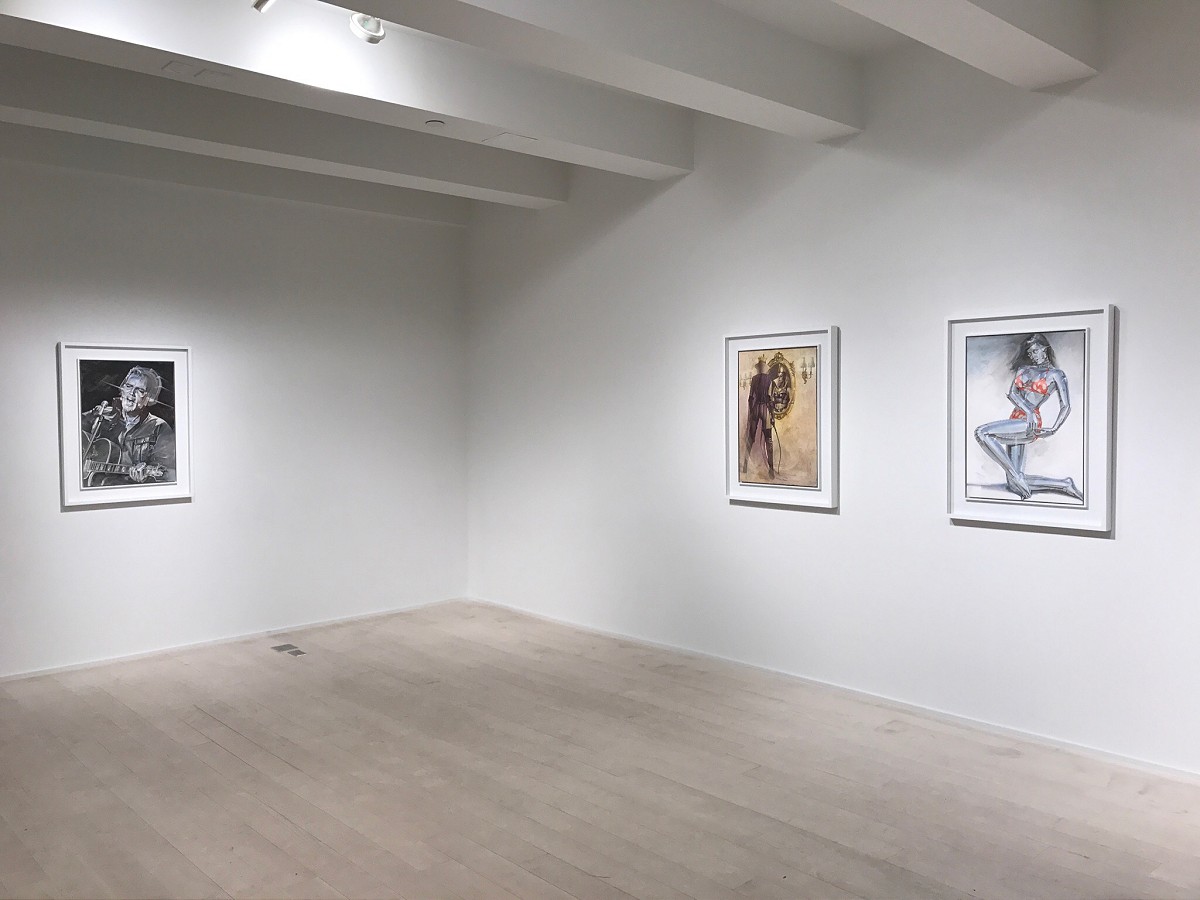 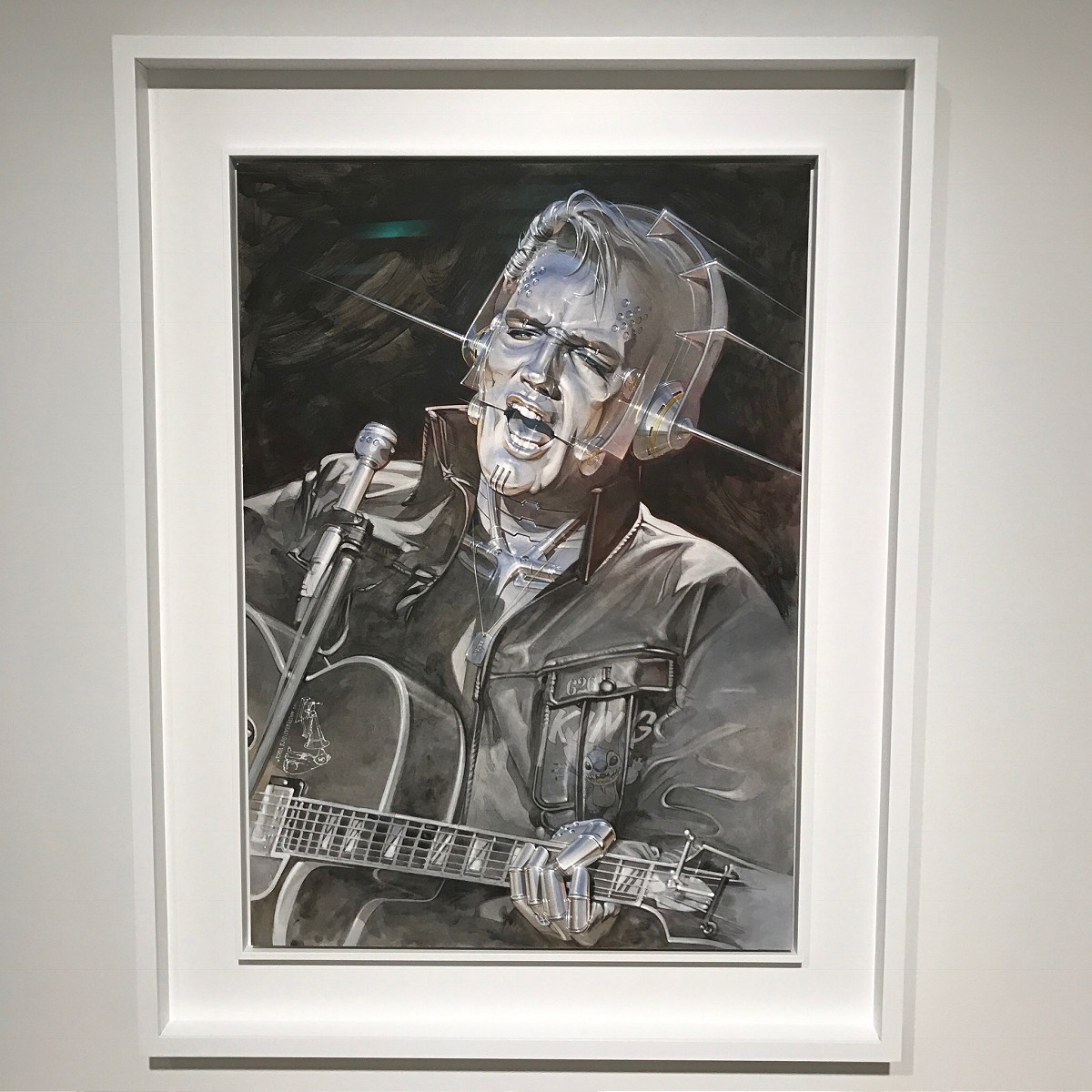