Teasing his fans with shots of the stunning new body of work he is working on for his next solo show, Aron Wiesenfeld has already revealed a look at a massive drawing in progress (seen above) as well as a cropped shot of a painting he has completed (seen below). Unwind The Winding Path opens on November 19th at Jonathan LeVine Gallery in New York and will be the San Diego-based artist’s major exhibition for 2016. 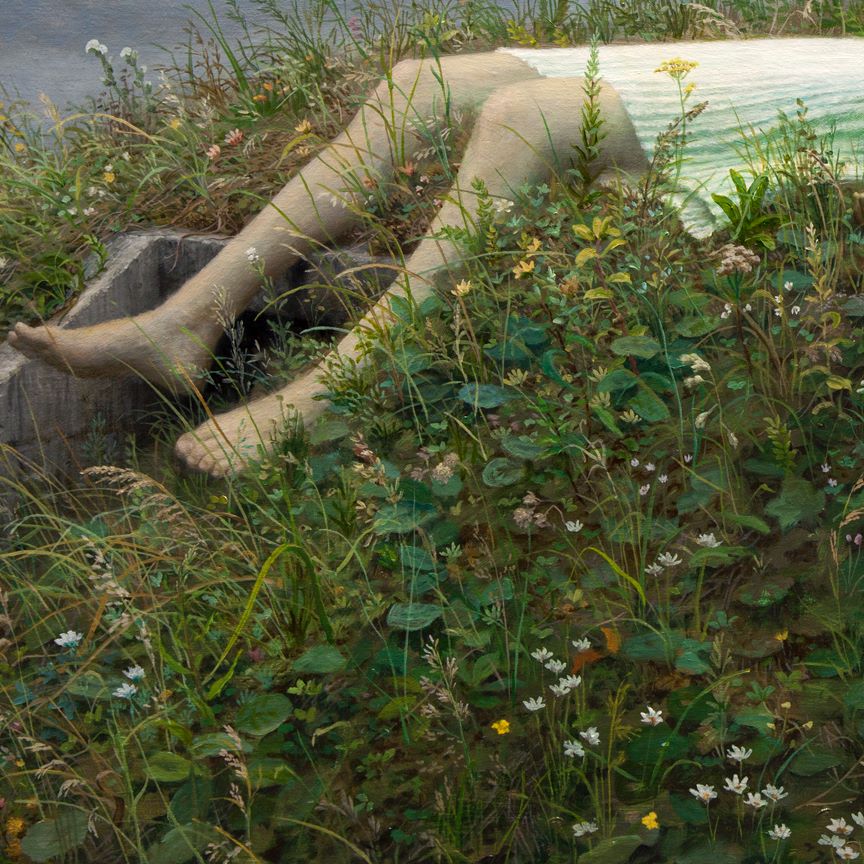