Building on the momentum of his high profile mural at the Eiffel Tower last year (covered), Cleon Peterson has opened a new solo at Agnés B’s Galerie du Jour in Paris. Entitled VICTORY, the new body of work features sculptures and paintings of his instantly recognizable black and white characters entangled in vicious cycles of violence. He further explains – “This show explores the hedonistic triumphs of those who recognize themselves as victorious in the unfolding mirror of history. Their right to pleasure hinges on their projection of pain onto the unvictorious other. This often expresses itself in pleasure derived from the misfortune of the defeated. As the winners display their hubris and take their trophies the losers are left insignicant and marginalized. VICTORY explores one mans victory over another, what that victory looks like and the result that victory has on the losers.

As part of the exhibition, a silkscreen print limited 100 copies (numbered and signed) entitled Collecting Bodies (seen below) will be available exclusively at the gallery. 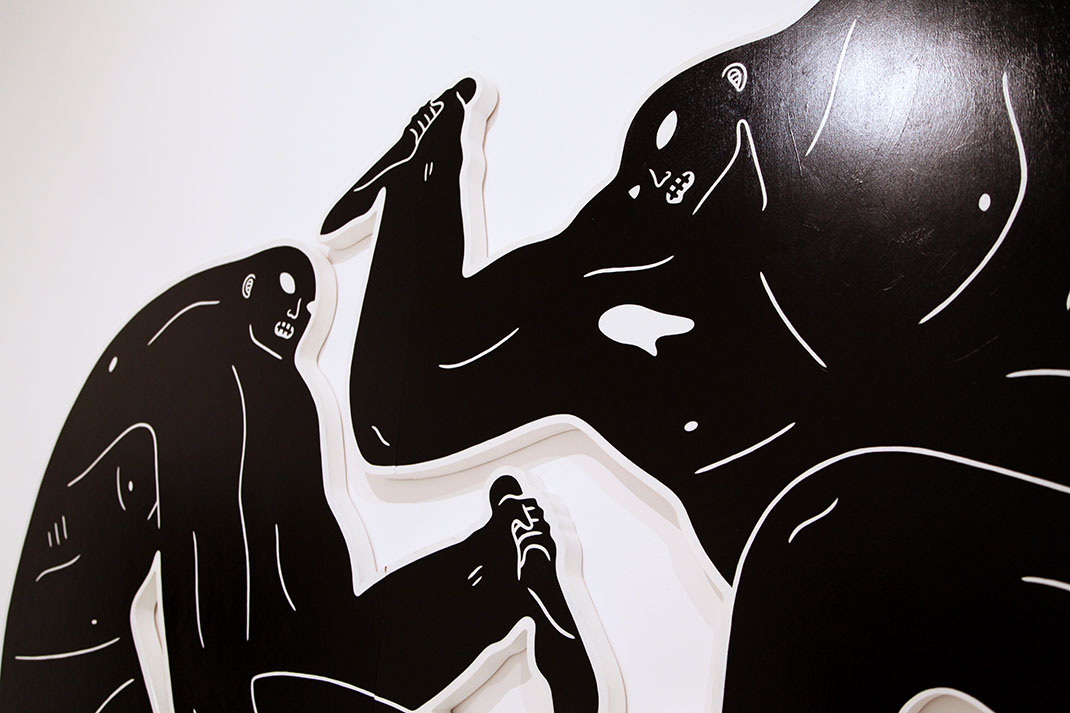 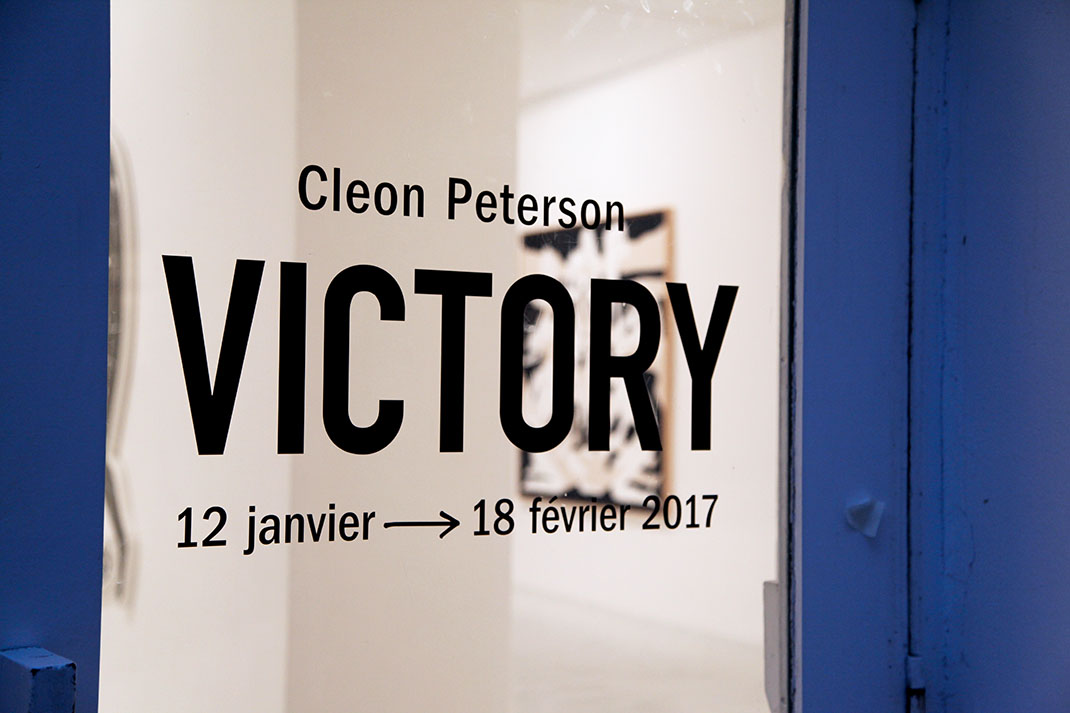 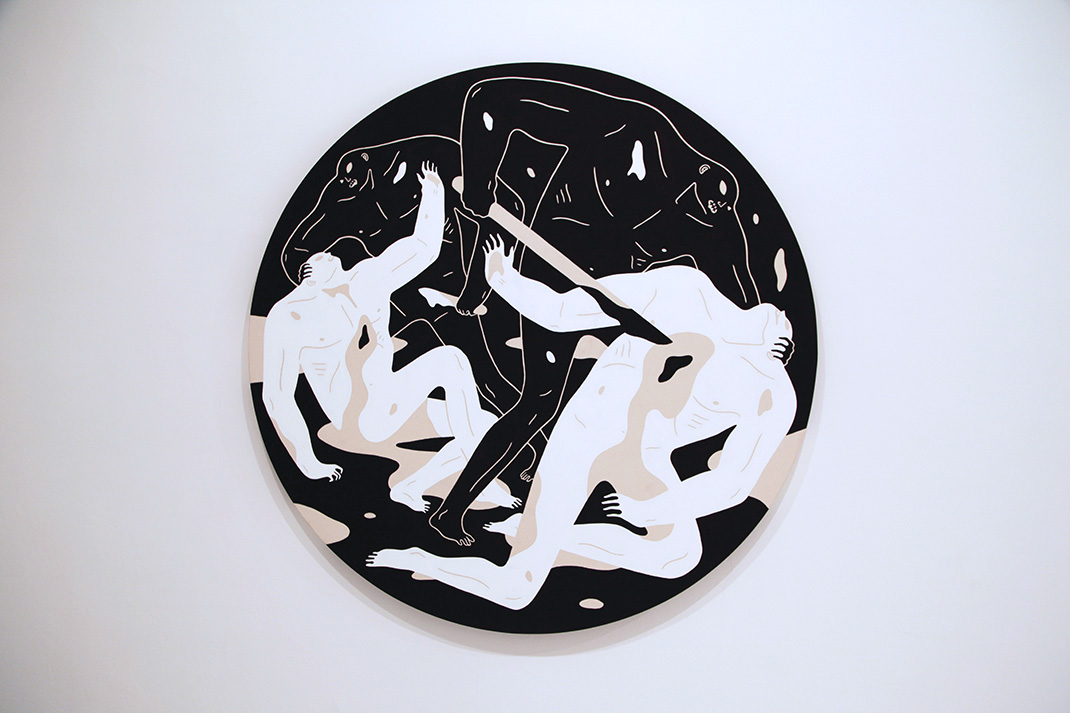 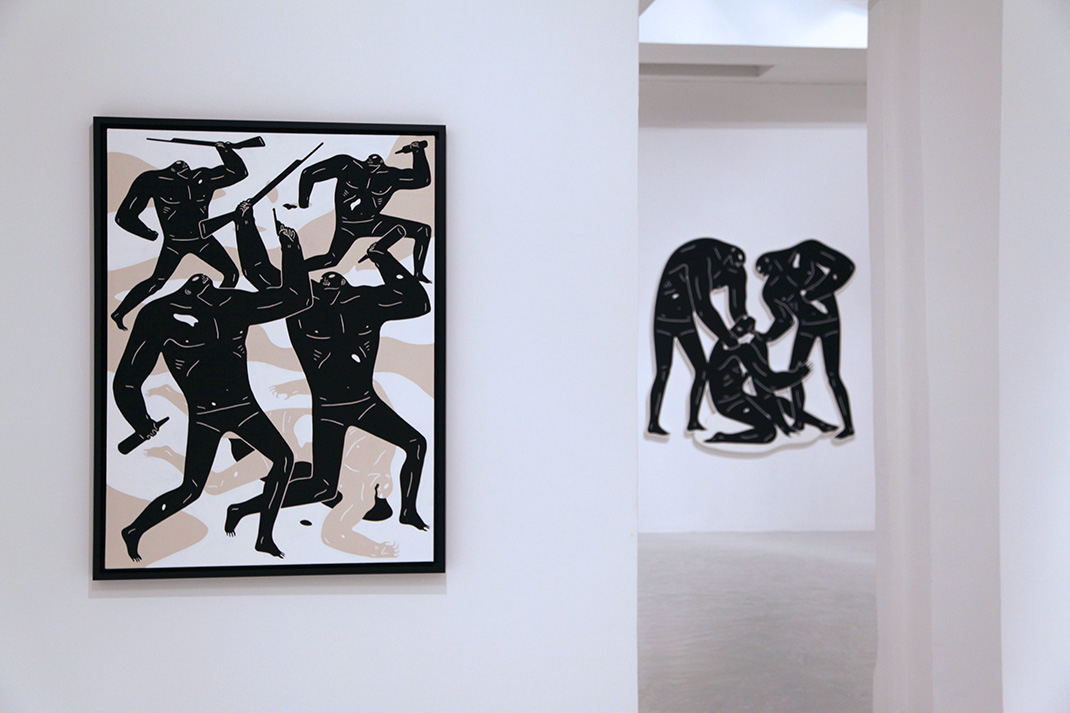 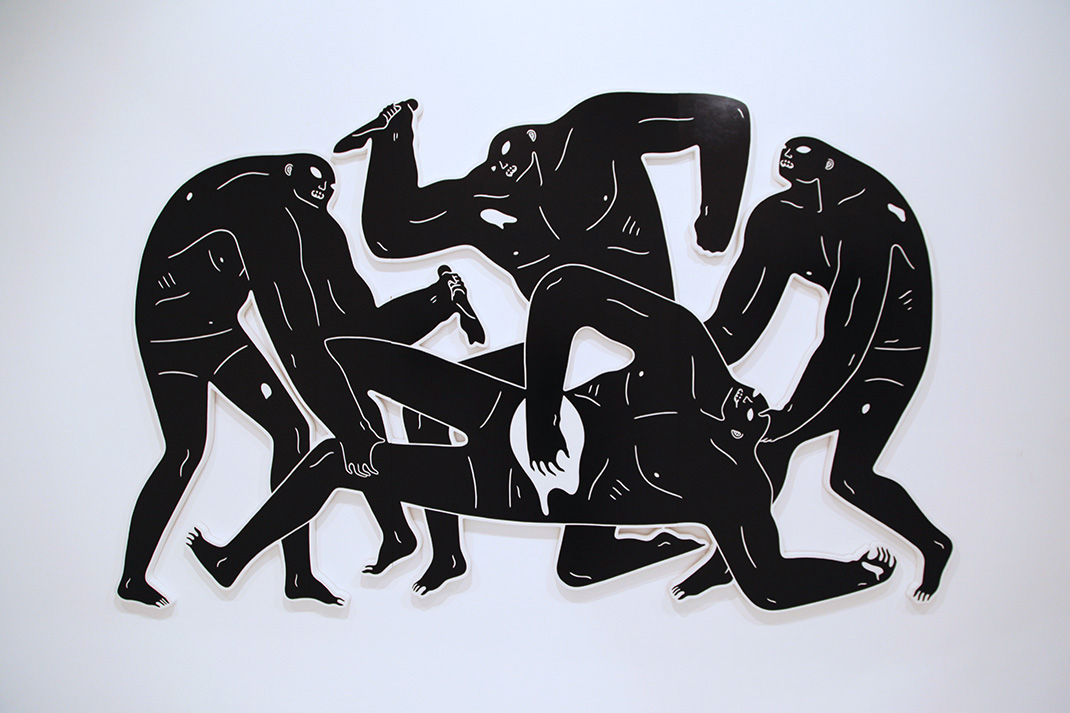 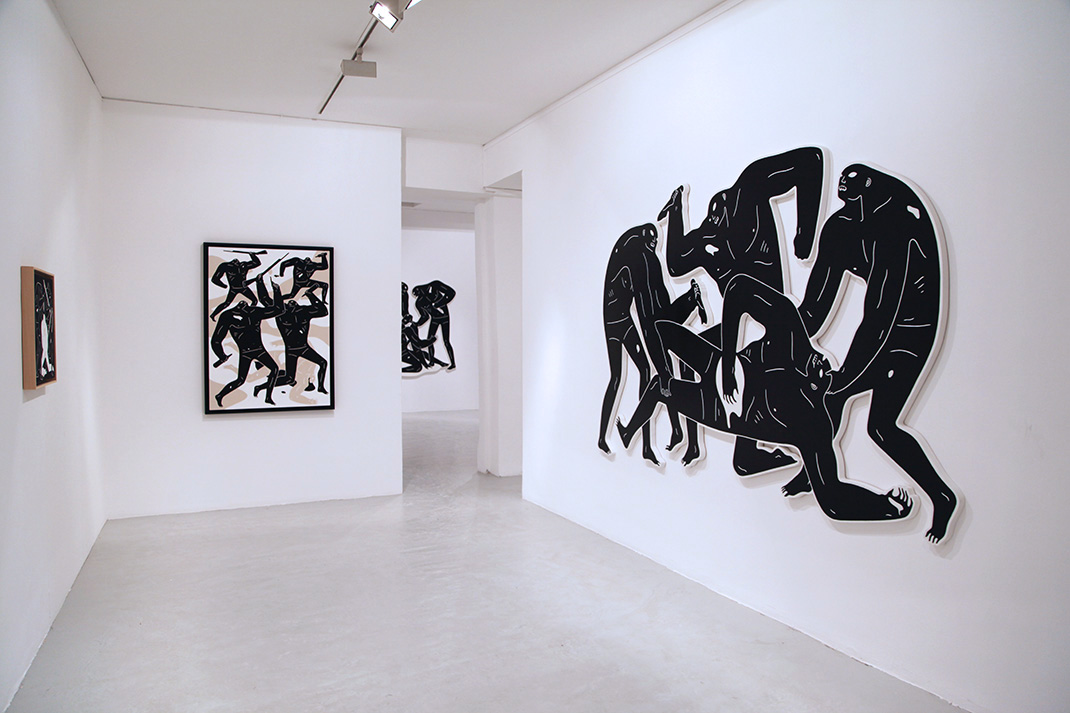 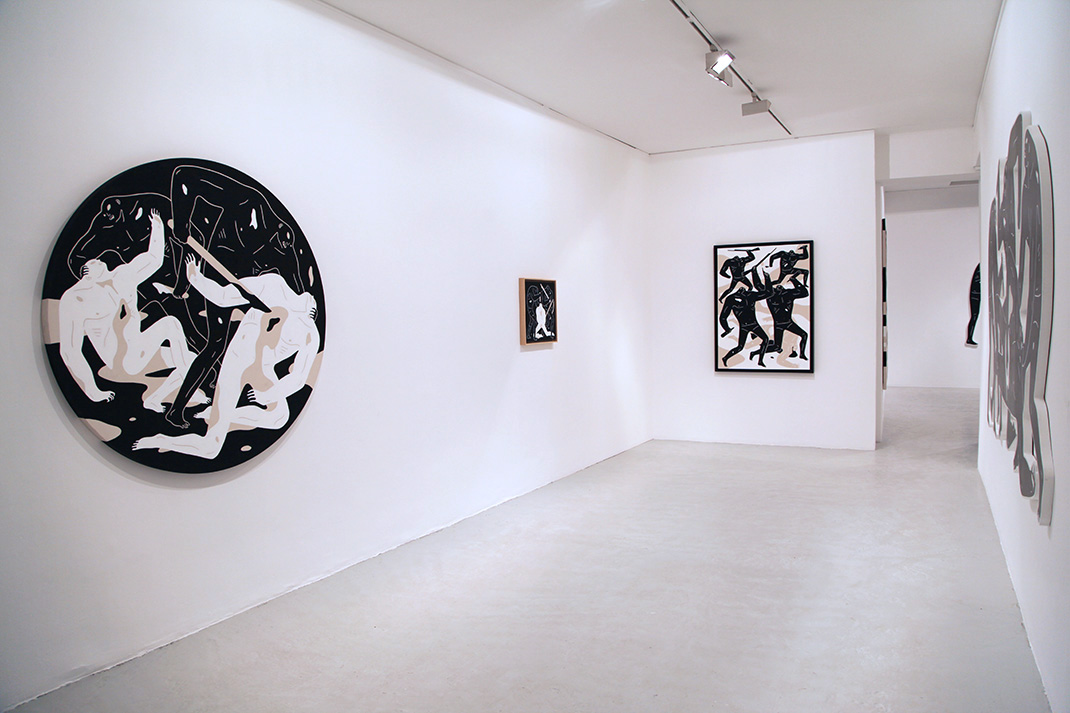 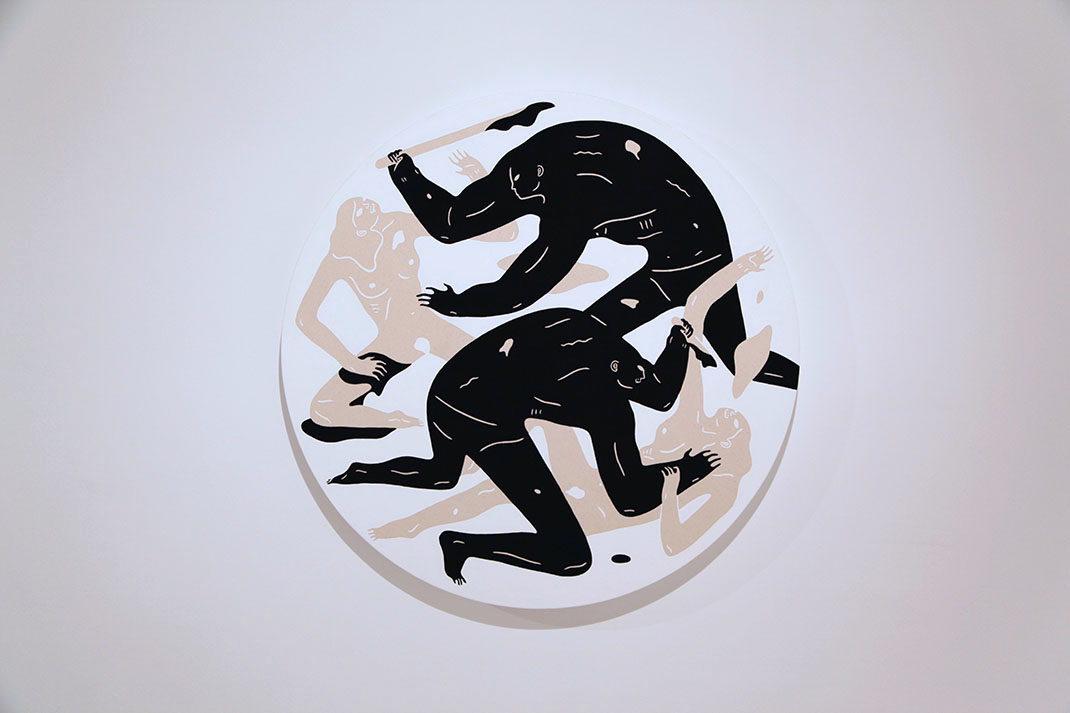