David Shillinglaw (featured) opens his new exhibition entitled Tales of Ordinary Madness today at That Gallery in Bristol. The exhibition coincides with a time of change for the British artist as he moves out of the home and studio which has been his base for the last 12 years and on to new adventures. The works featured include a variety of medium such as paintings on found wood, appliqué, painted collage and a piece comprised of 400 individual sketches of people who he has sat opposite to on the Tube. Central to the show are ideas of identity which Shillinglaw describes as our ‘main currency’ and ‘the means by which we navigate and negotiate the world’.

The ideas and playfulness of the twentieth century’s avant-garde art movements run through Shillinglaw’s works and many of his pieces involve elements of collage, which was central to Dada. Shillinglaw’s painted collages on book covers depict floating heads, which the artist regards to be the main portal for our senses and consciousness. The by-products from his larger works and the detritus from his studio floor have been incorporated into these pieces to convey and embrace the physical idiosyncrasies that make us unique, whether these are our scars and pockmarks or our expressions of anxieties and trauma. In many ways, Situationist International inherited Dada’s avant-garde crown and their ideas about psychogeography were intended to provide a new way of understanding our built environment through the inclusion of motifs and descriptive language on maps. However, Shillinglaw has instead inserted typography and semiotics into his paintings of the human body to convey not just our physiography but also our inner emotions and experiences. Next to the heart sits the word ‘pump’ and the slogan ‘broken token’ to express both its physical function and its role as a symbol of love. The London-based artist describes “Human” as “the most interesting thing on planet earth.” He goes on to clarify that this is “not necessarily in a positive way – I’m not a big fan of humans – I think we’re fucking idiots” but there is undoubtedly a fascination with both our beauty and our hideousness.

The British artist has painted a new mural out on the streets of Bristol which employs his bold trademark use of primary colours.  This kaleidoscope of color is also prominent in a new print which has been produced in collaboration with FE Burman and Silas Amos to coincide with the exhibition. In contrast to the analogue style with which his he is most associated, each digital print is created through the use of an algorithm which randomly selects elements of his faces to make each print unique. 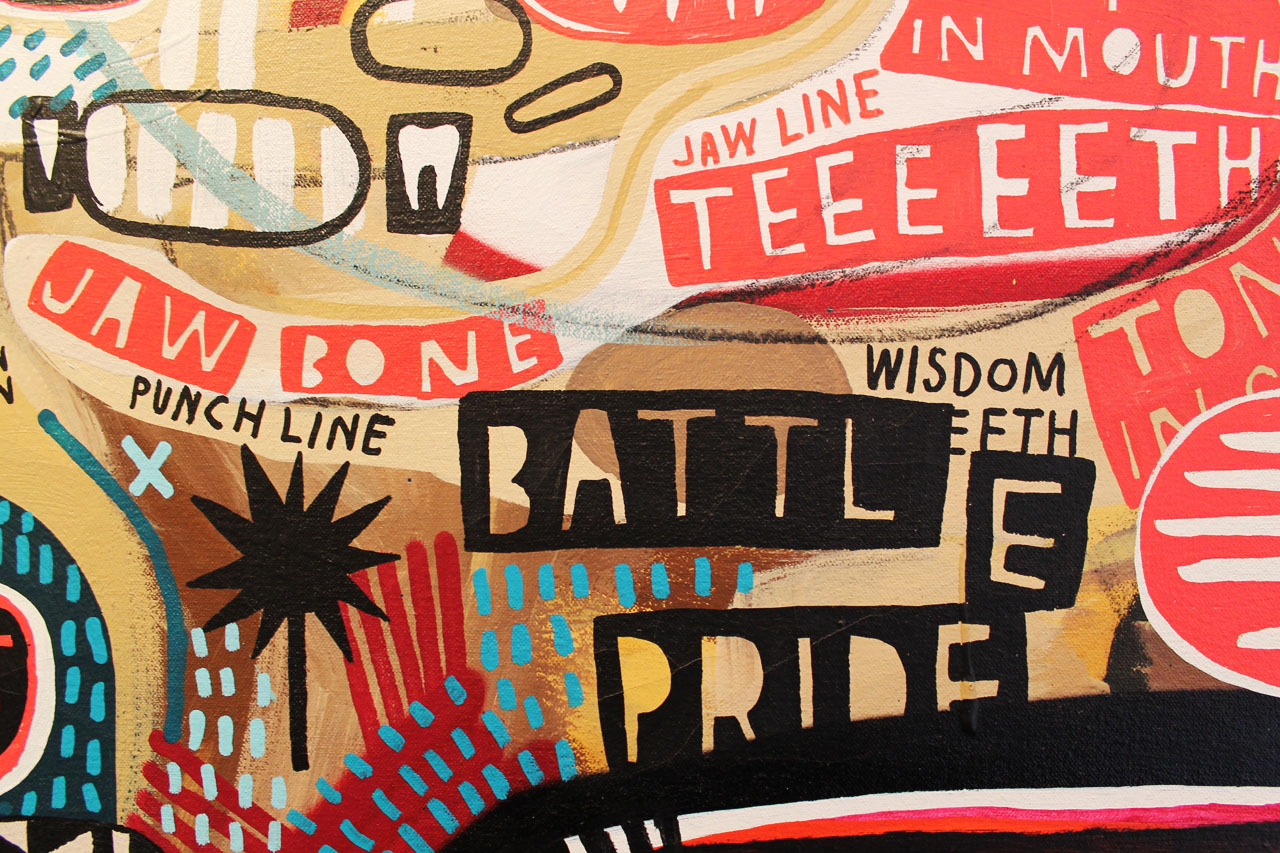 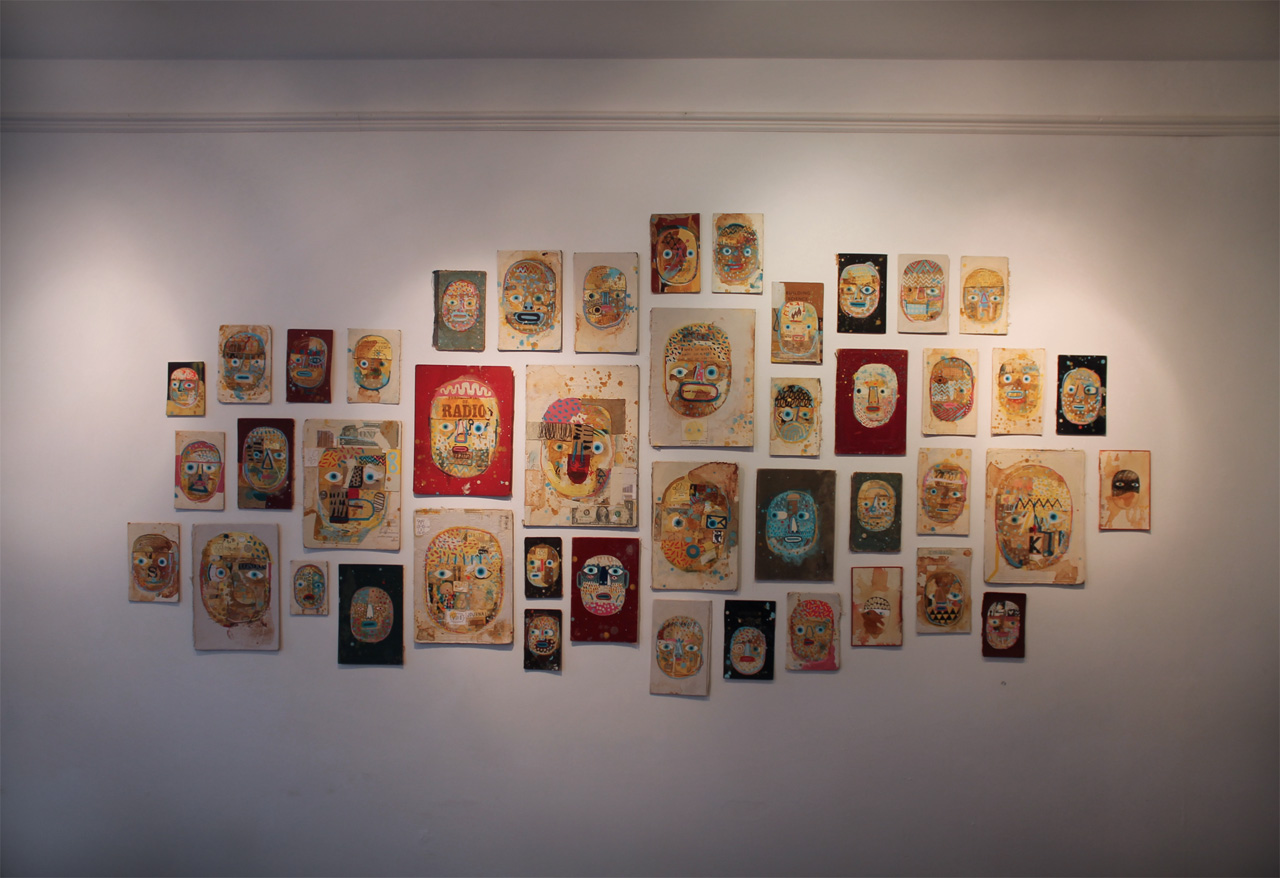 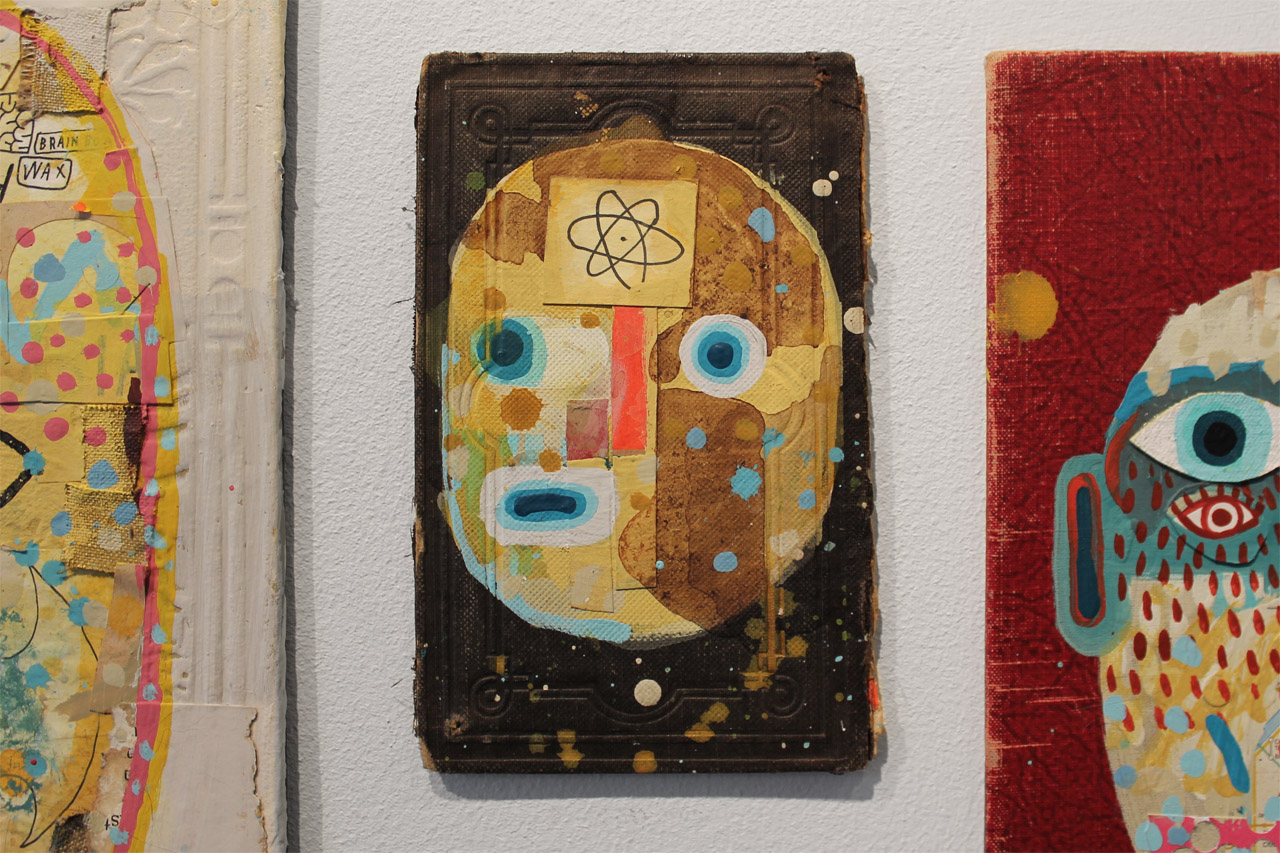 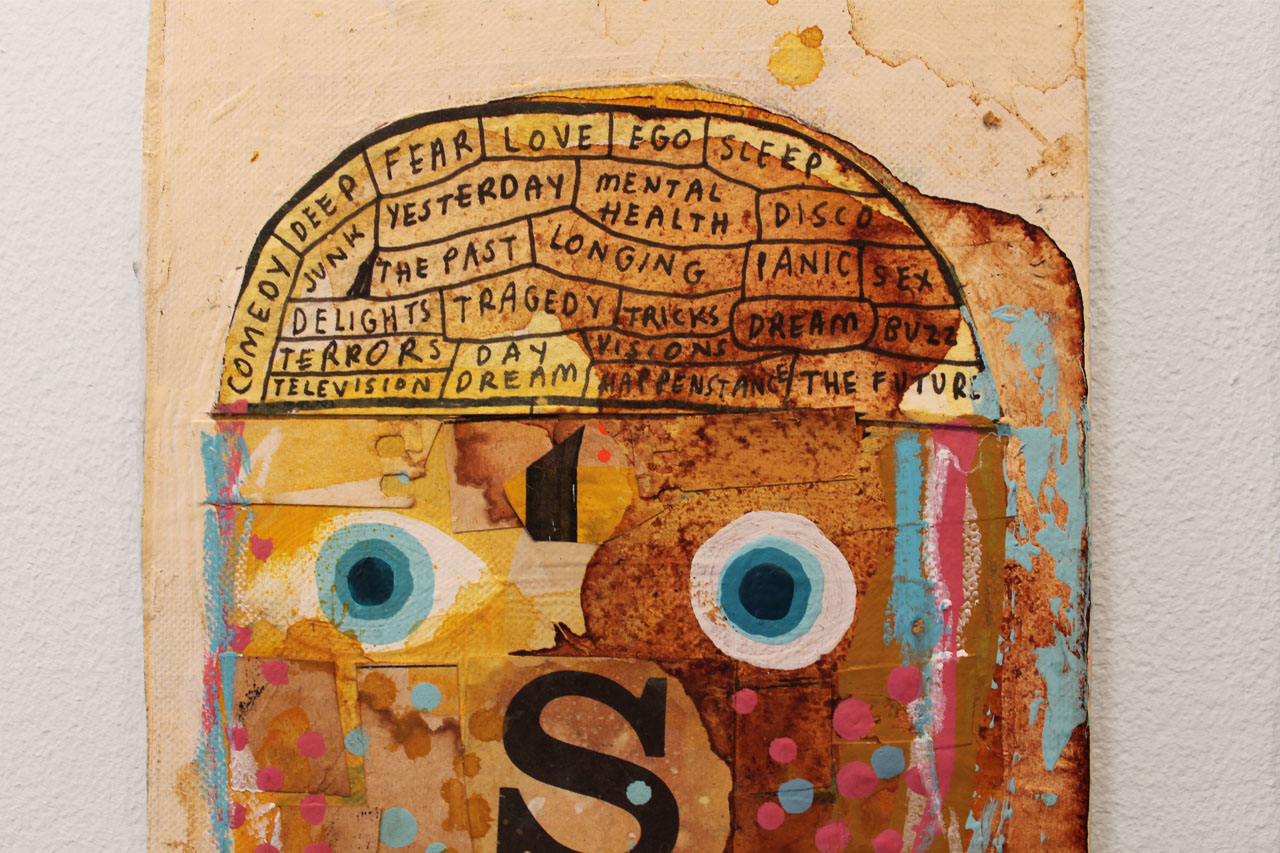 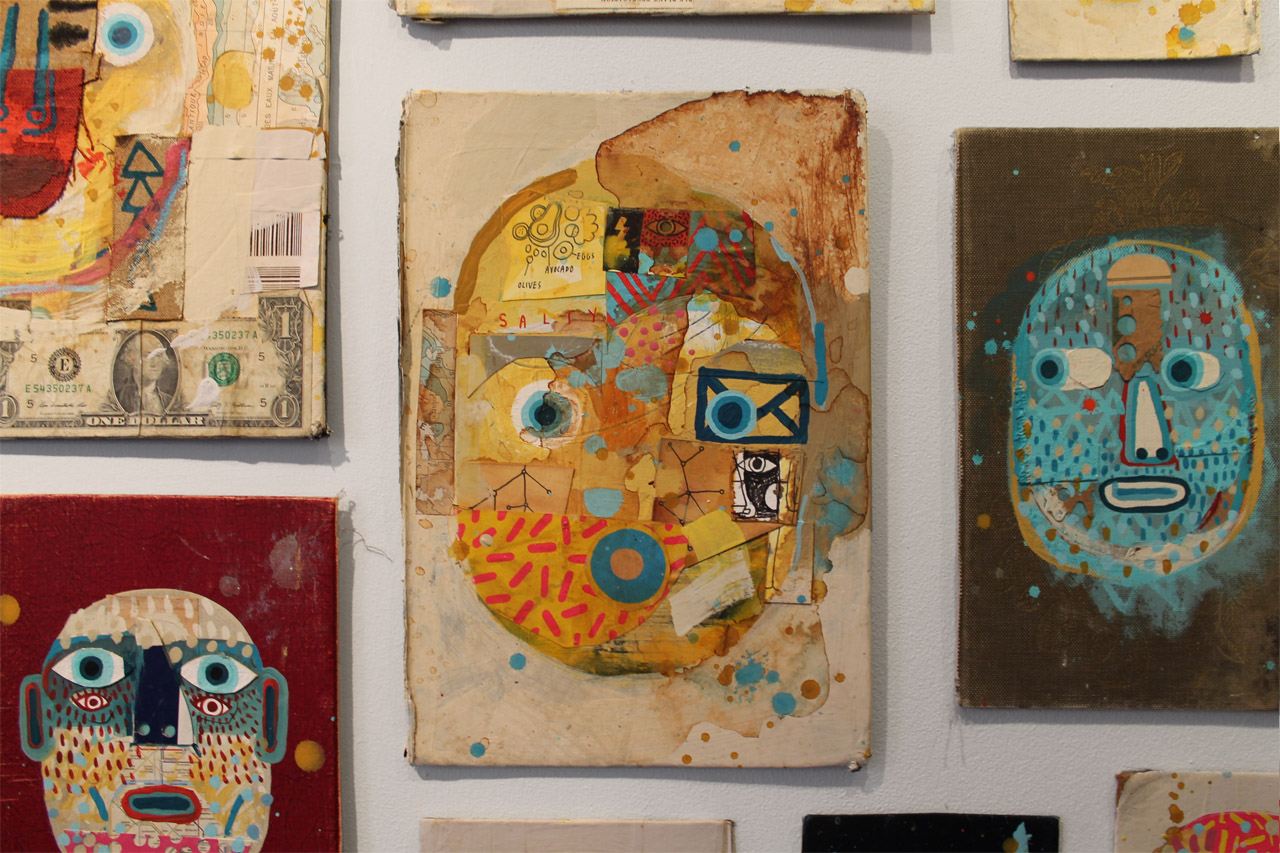 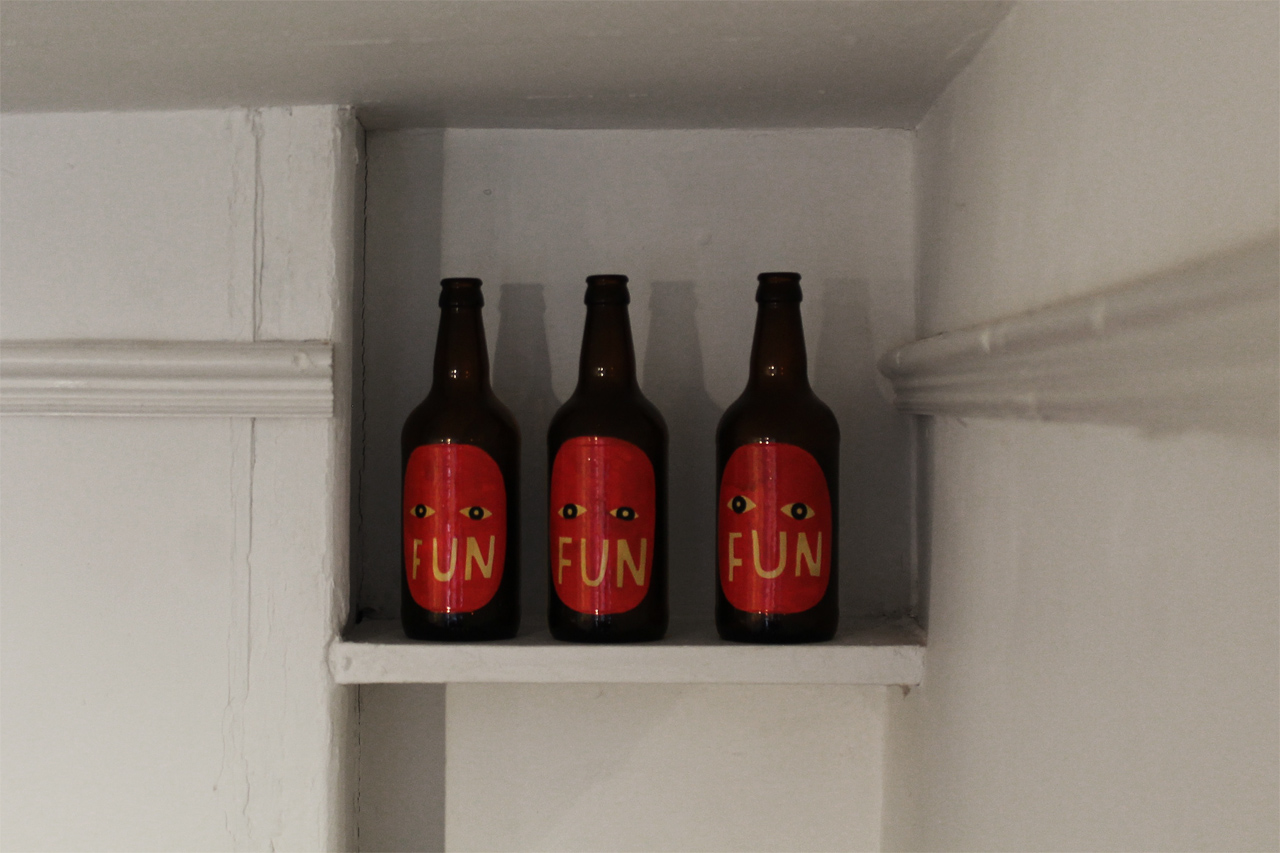 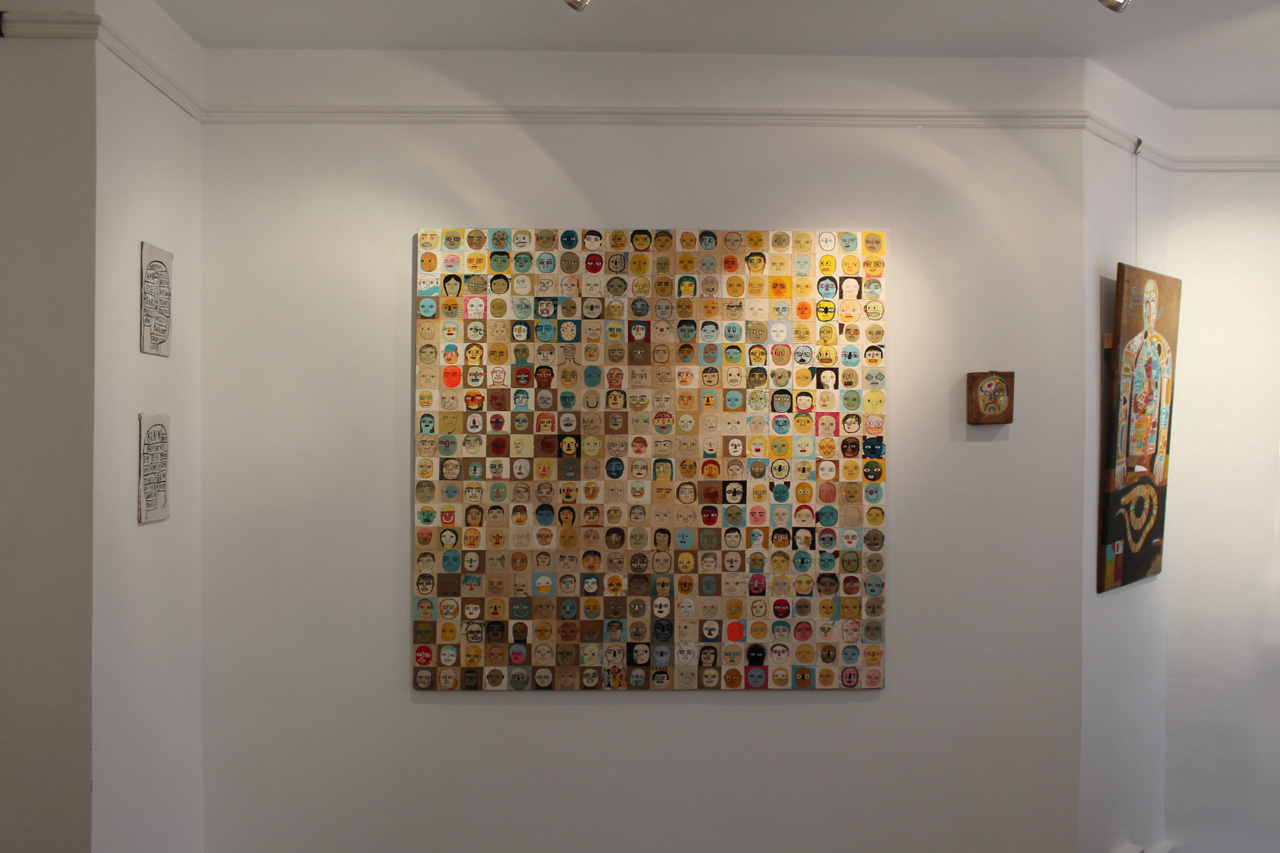 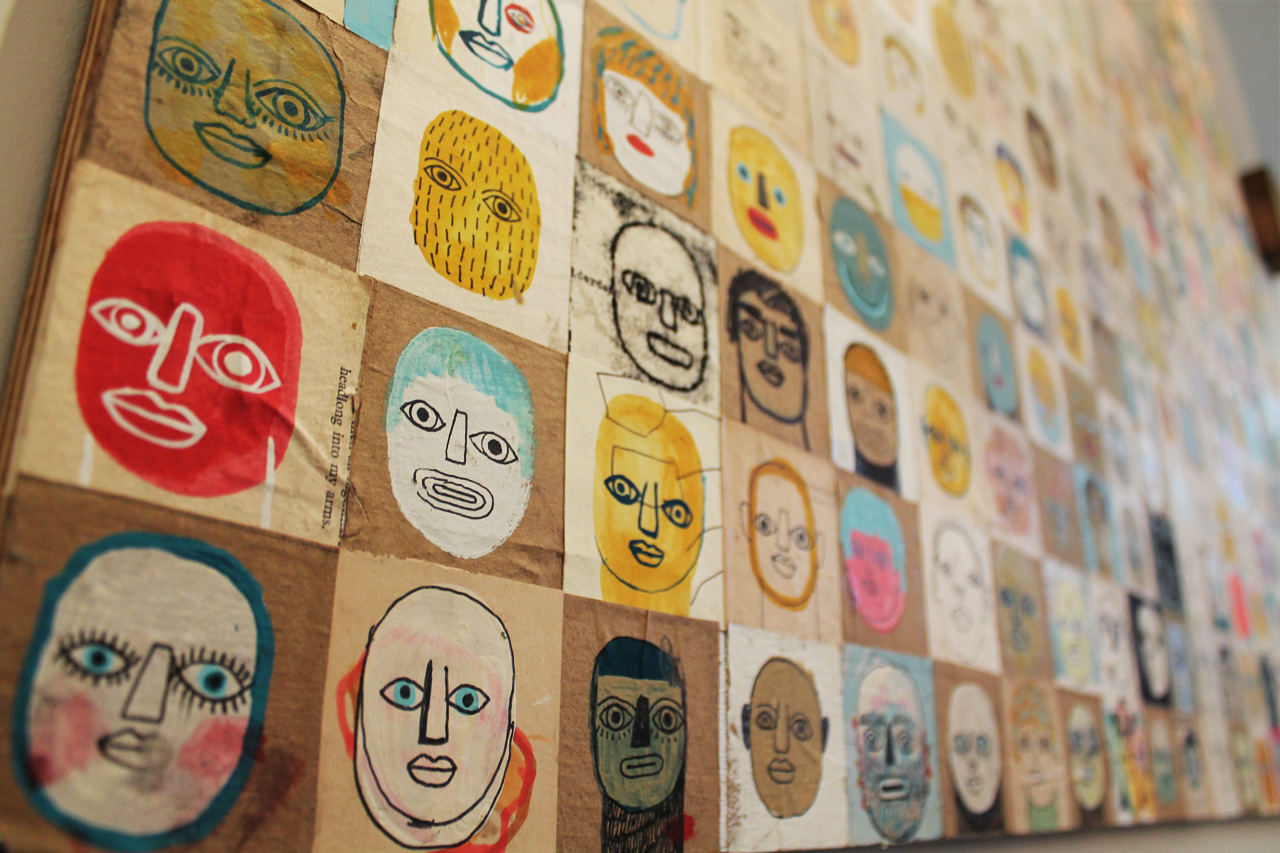