This Friday night, June 16th, Gallery 1988 in Los Angeles will be opening a new show from Scott Listfield entitled Franchise. As the titled suggests, the American artist will be taking aim at some of the familiar chains in the food industry that we all take a guilty pleasure in partaking. As usual, his trusty astronaut will be the main character as we revisit some of these fast food icons in a possible dystopian future.

Listfield explains – “Do you know anyone who lands at LAX and immediately heads for the In-N-Out near the airport? Have you ever driven hundreds of miles out of your way so you could pit stop at a Waffle House? Have you ever told someone from New England that you don’t like Dunkin’ Donuts coffee and watched as they slowly clenched their fists and debated throwing you from a window? We love fast food, especially the local places we grew up with. Do they remind us of home? Are we nostalgic for our youth? Or do we simply crave things that are sugar coated, crusted with Doritos flakes, and served animal style? I don’t know, but I made some paintings about it. Come check them out and bring a slice of pizza, maybe.” 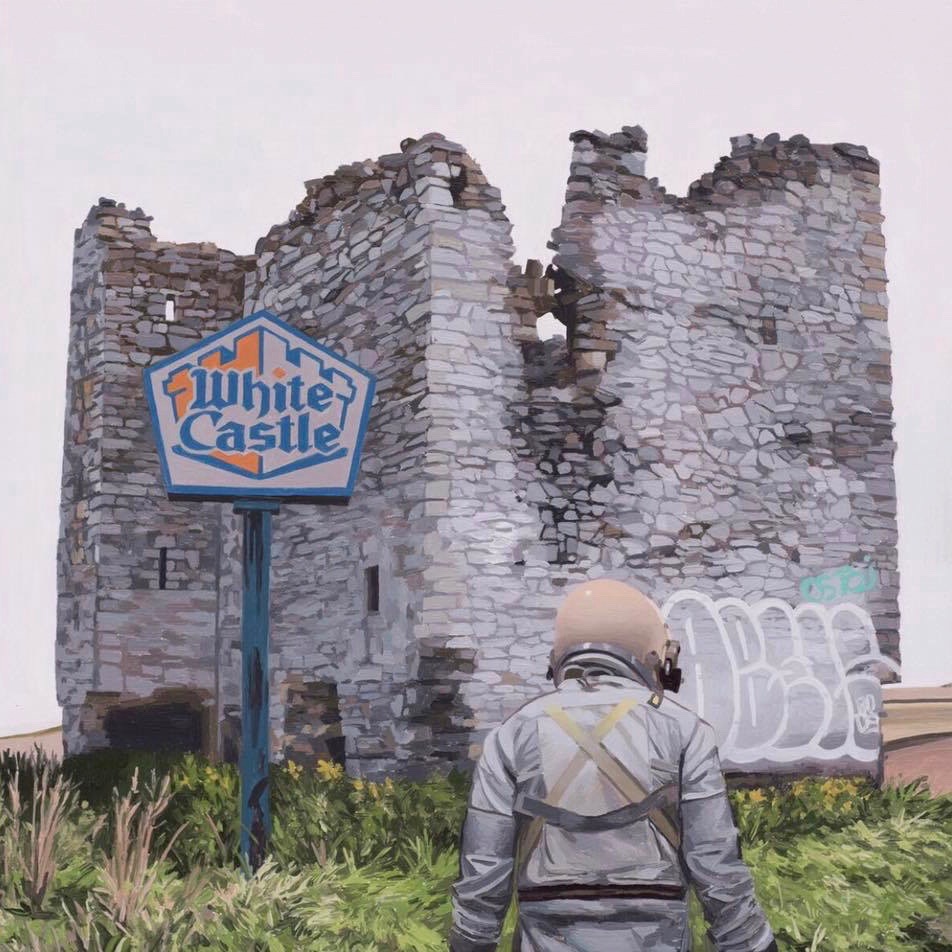 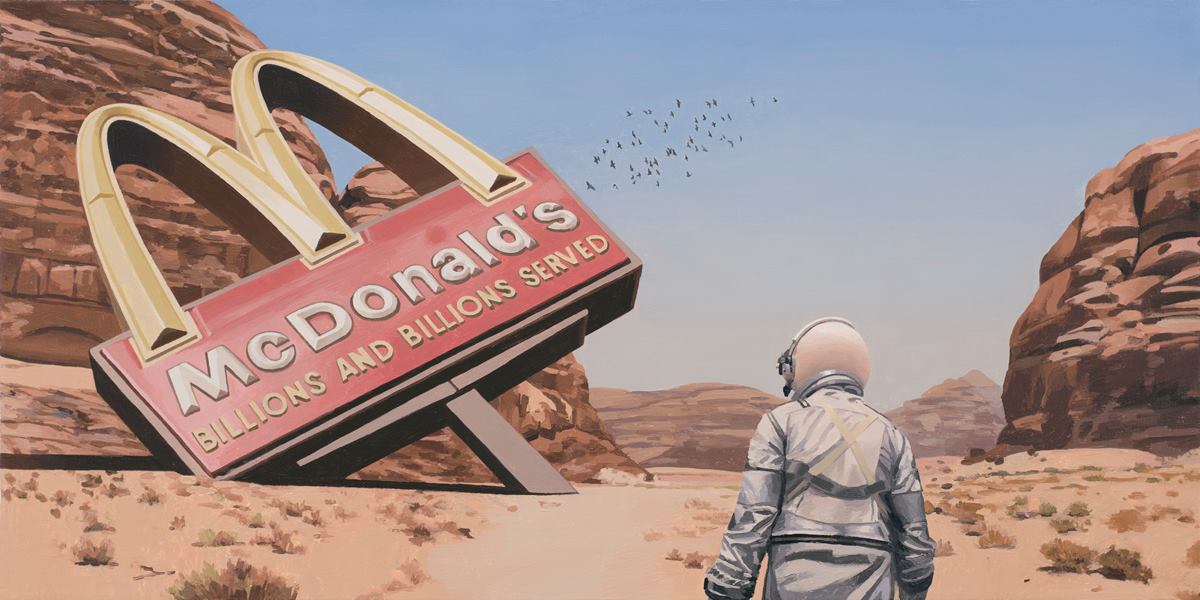