Art historian Hector Campbell recently sat down with artist and co-founder of Delphian Gallery, Benjamin Murphy, to discuss the history of the gallery, his own unique approach to curation, their inaugural Open Call exhibition, and their upcoming exhibition with Florence Hutchings, Seating Arrangement.

Hector Campbell (HC): Delphian Gallery has existed in one manifestation or another since 2013’s ‘Group Collective are Kunsts’ exhibition, could you explain how the gallery first came about? And how it has subsequently evolved into its current model?

Benjamin Murphy (BM): My co-director (photographer Nick JS Thompson) and I have been working together for a number of years after we met when he wrote an article about me in a magazine he used to manage. I went on to write for the magazine, and we both started co-curating one another’s shows. We both developed a deep love of, and interest in, the art of curation, and so decided to curate our first show in my old studio. It has been a real labour of love for us, which has built gradually into what Delphian is now – a peripatetic style gallery that takes the championing of exciting, emerging art as its key aim.

HC: Delphian, meaning ‘Obscurely Prophetic,’ derives from the Greek mythological oracle at Delphi. What was the rationale behind choosing ‘Delphian’, and how does it’s meaning underpin the gallery’s vision?

BM: Well firstly, we wanted something that was Googleable, as well as something less vapid than just both of our surnames. We decided upon Delphian because it is vague enough to not be too constrictive in what we can show, as well as being something with its own character. “Obscurely Prophetic” is, in a concise two-word phrase, one which we believe all the best art accomplishes. We believe that the most successful and thought-provoking work is informative, but in a non-didactic way. 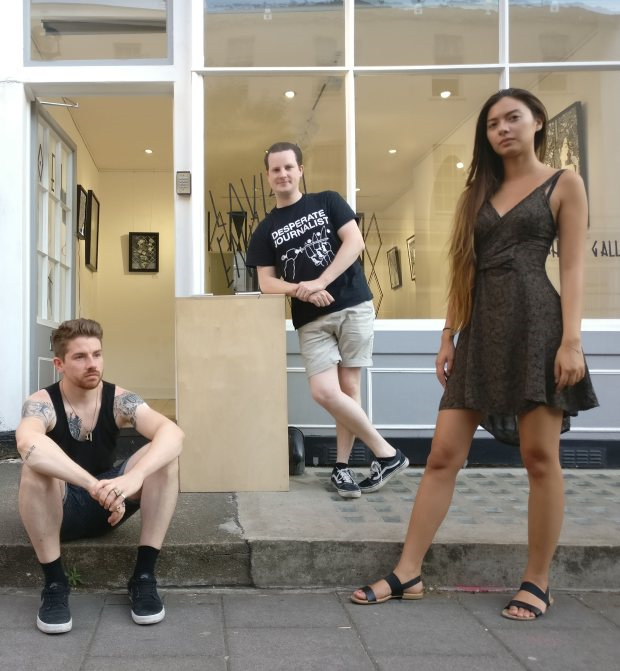 HC: As an artist-run gallery, what advantages or insights does this offer you, as opposed to more traditional gallerist or art dealers?

BM: I think we understand the position of the artist more than a lot of gallerists or curators do, as we are both artists in our own right. This gives us a unique insight into both sides of the coin in terms of how a show is put together and run, from the artwork production point, up until the curation of a show and the sale of an artwork.

As well as this, we try to curate cohesive shows that could be read as a single artwork in their own right. The way we curate is quite experimental, as we believe there is nothing less interesting (or damaging to the artworks themselves), as a show in which all of the artworks are hung at eye-level around the gallery. These types of shows often encourage people to stand in the middle of the room and just rotate themselves 360 degrees, they leave feeling like they have seen all of the artworks – when of course they often haven’t. We want to curate shows that are essentially immersive artworks in themselves, that are ethereal and only exist in the moment, until the heterogeneous works are divided up again and are either sold or sent back to the artists. We believe that curation is an art form in itself, and it is this philosophy which guides how we curate.

HC: Previous exhibitions have included photographers Aaron McElroy and Carson Lancaster, and more recently contemporary painters such as Bertrand Fournier and Kevin Perkins. Does this range of artists and mediums reflect your personal interests? And how do you select which artists to exhibit?

BM: We try to show a diverse range of works that are entirely unique, whilst highlighting possible underlying connections or similarities, as well as playing with ways in which differing styles contrast. We spend a lot of time going to shows, as well as countless hours on social media, scrolling through things like Instagram looking for new talent. We also run a separate Instagram account called @Daily_Contemporary_Art, which is great for discovering new artists. Every week a new artist has control of the account and shares their favourite living artists, and we find that it is often the student artists that share the most exciting work. 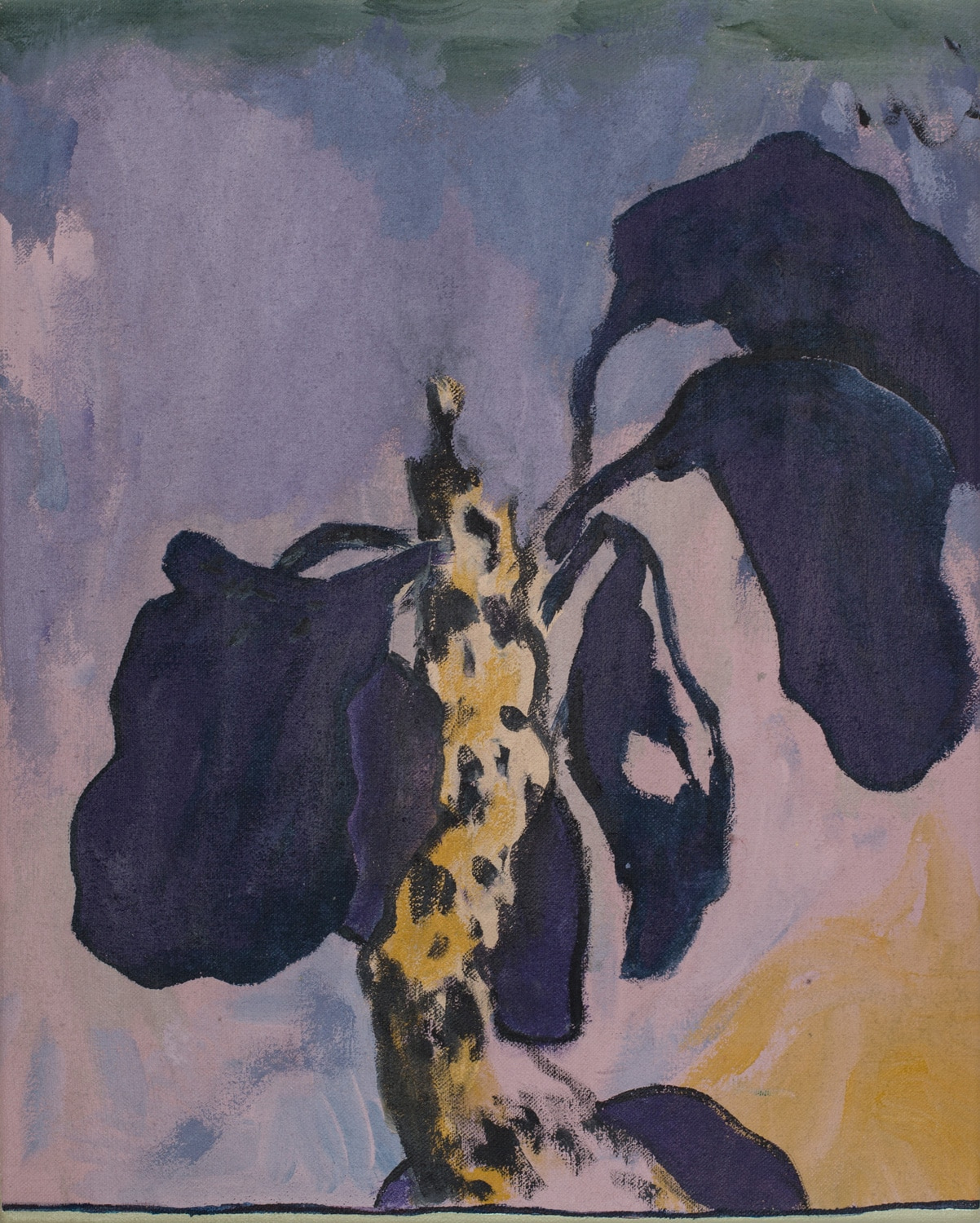 HC: You also had your most recent solo exhibition, Lavish Entropy, at the gallery earlier this year. How did this experience compare to your previous shows, acting as not only the artist but also the gallerist/curator?

BM: It was great, I often take a quite hands-on approach to the curation of my own shows anyway (often aided by Nick), so in that sense, this was no different. I’d recommend every artist do this at least once in your career, as when you have full creative control over something you can be as wild and as experimental as you like without anyone trying to curtail your vision. Don’t get me wrong – the curatorial teams at galleries are often incredibly helpful and teach me things about my own work that I wouldn’t have realised otherwise, but it can be incredibly freeing having absolutely no constraints sometimes. This kind of thing is great, and you are able to take bigger risks than usual, and this teaches you what does and doesn’t work in a way that you wouldn’t have been able to see without this freedom. 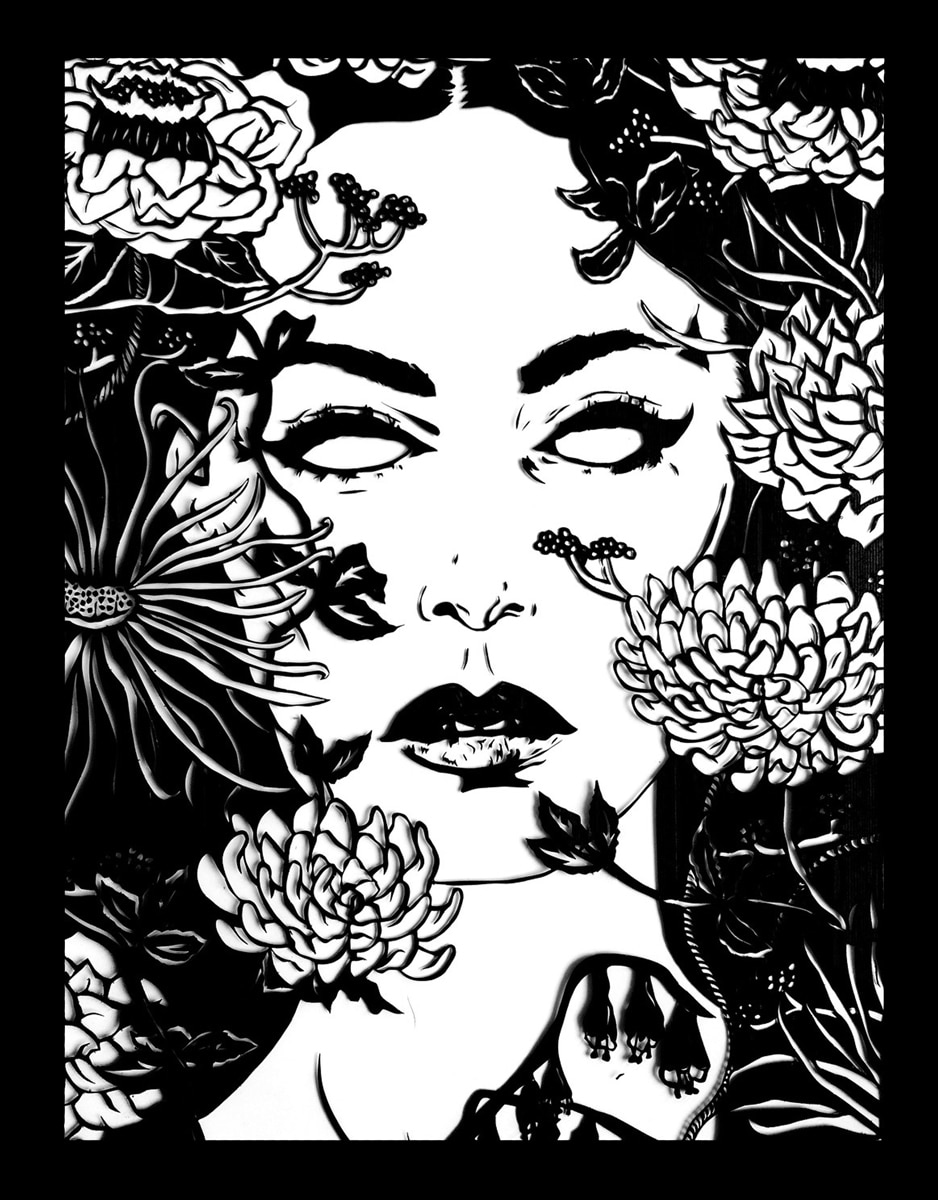 HC: This year the gallery ran your inaugural Open Call submission exhibition, why did you want to undertake this competition? And what did you learn from this first iteration?

BM: It was so great, and through it we discovered so much great art we wouldn’t have done if it weren’t for the open call. We wanted to make it as easy as possible to submit, so as to get the most submissions possible. We didn’t charge for entry, and our good friends at theprintspace printed and mounted it all for us, so there was no cost to the artists. This also meant that, as the artists only had to send us a jpeg, artists from all over the world could submit and not have to worry about shipping or insuring their work. We received over 8000 submissions in total and were awestruck by the diversity of it. There are many artists who we would have loved to have included but couldn’t because of size and space constraints. As well as Florence Hutchings, another of our favourite artists Bertrand Fournier entered, whom we hope to present a solo show with next year. 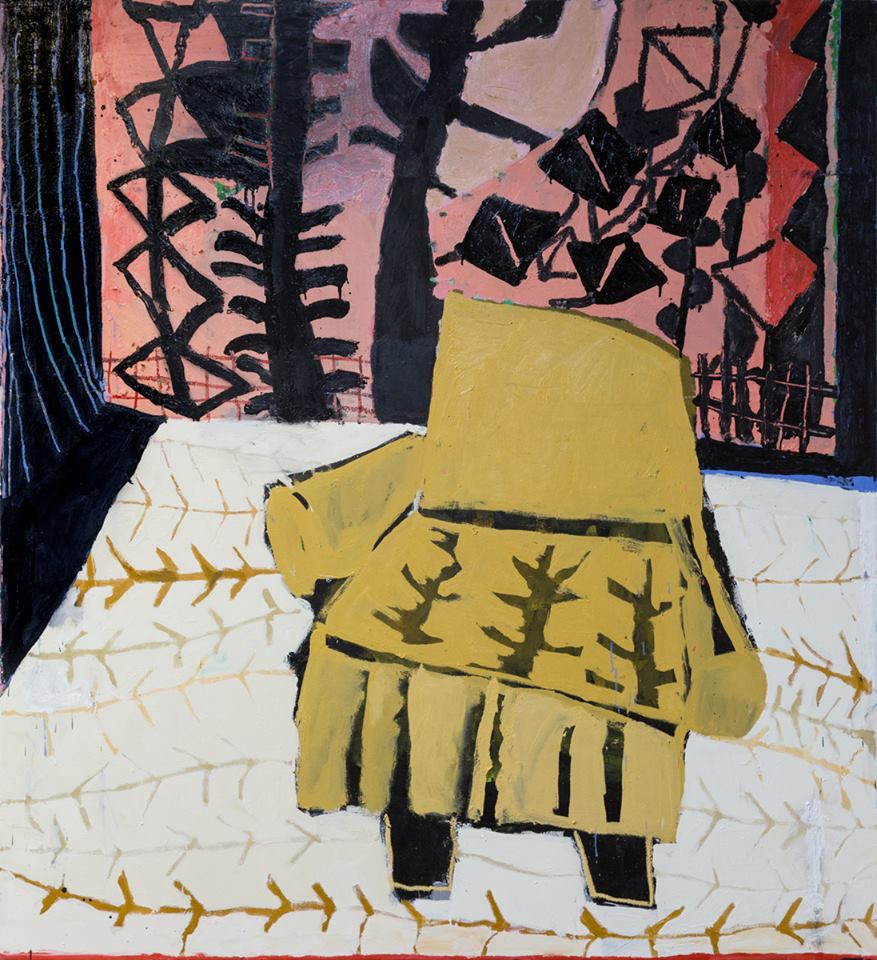 HC: For your latest exhibition, Florence Hutchings, who won the aforementioned Open Call competition, presents her debut solo show, Seating Arrangements. How important is it for you to champion young artists such as Florence?

BM: Florence is great, she has done so incredibly well at such a young age and yet still doesn’t really seem phased by it all. She is very down-to-earth, which is nice to see from someone who is already reaching levels of success that most artists can only dream of.

We aim to discover and support young, emerging artists because we feel this is where the most exciting and unique work is coming from. We are in a position to be able to help out the careers of these young artists like people did for us when we first started showing, so it is incredibly rewarding in that respect.

We get to nurture this often raw and unbridled talent early on in an artist’s career, and look forward to the time when artists like Florence outgrow us and sign with Gagosian – for it will happen, especially in her case. 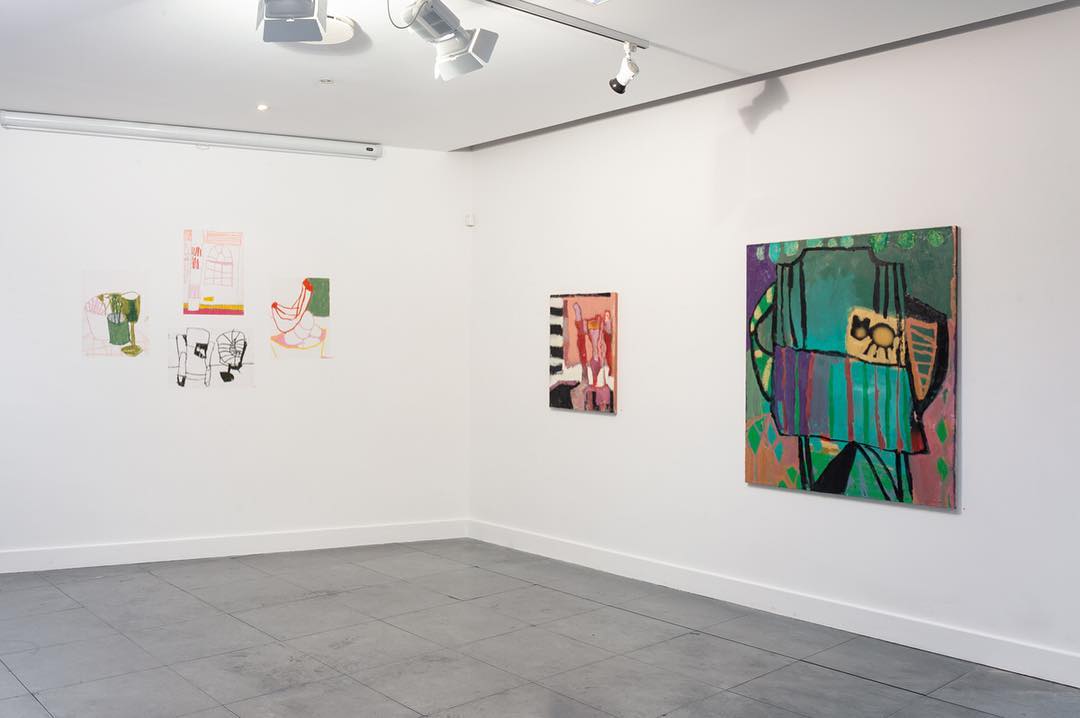