This Saturday night (September 8th), Daniel Arsham takes us 1000 years into the future with an expansive new exhibition entitled 3018. Hosted by Perrotin’s New York location, the locally-based artist’s 15th showing with the gallery includes many examples from his oeuvre – all which challenge the viewer to reconsider their ideas architecture & permanence, and to question their senses.

Headlining the new body of work of course are his signature “future archeology” objects with two showstoppers that will evoke some nostalgia – a 1981 Delorean, of Back to the Future fame, and the iconic 1961 Ferrari 250GT California from Ferris Bueller’s Day Off. Immediately recognizable and striking a chord with their pop culture significance, they have been rendered in crystal as per the talented sculptor’s usual practice, with portions of the cars eaten away revealing a mineral core underneath. Alongside these is a huge pile of other objects that have also appear to b petrified into a state that may be how they are discovered by archeologists in the distant future.

Also drawing the visitor’s eye will be a troupe l’oeil wallpaper Arsham collaborated on with Calico Wallpaper that transforms one side of the gallery into an architectural illusion with his signature erosions, as well as another text base piece that extrudes out from the wall. Rounding out the show, among other pieces, are his more recent wrapped sculptures that appear to be formed from cloth and rope but are actually solid, and some large-scale version of patches from his youth that appear to be fabric but once again are actually hardened artifacts. 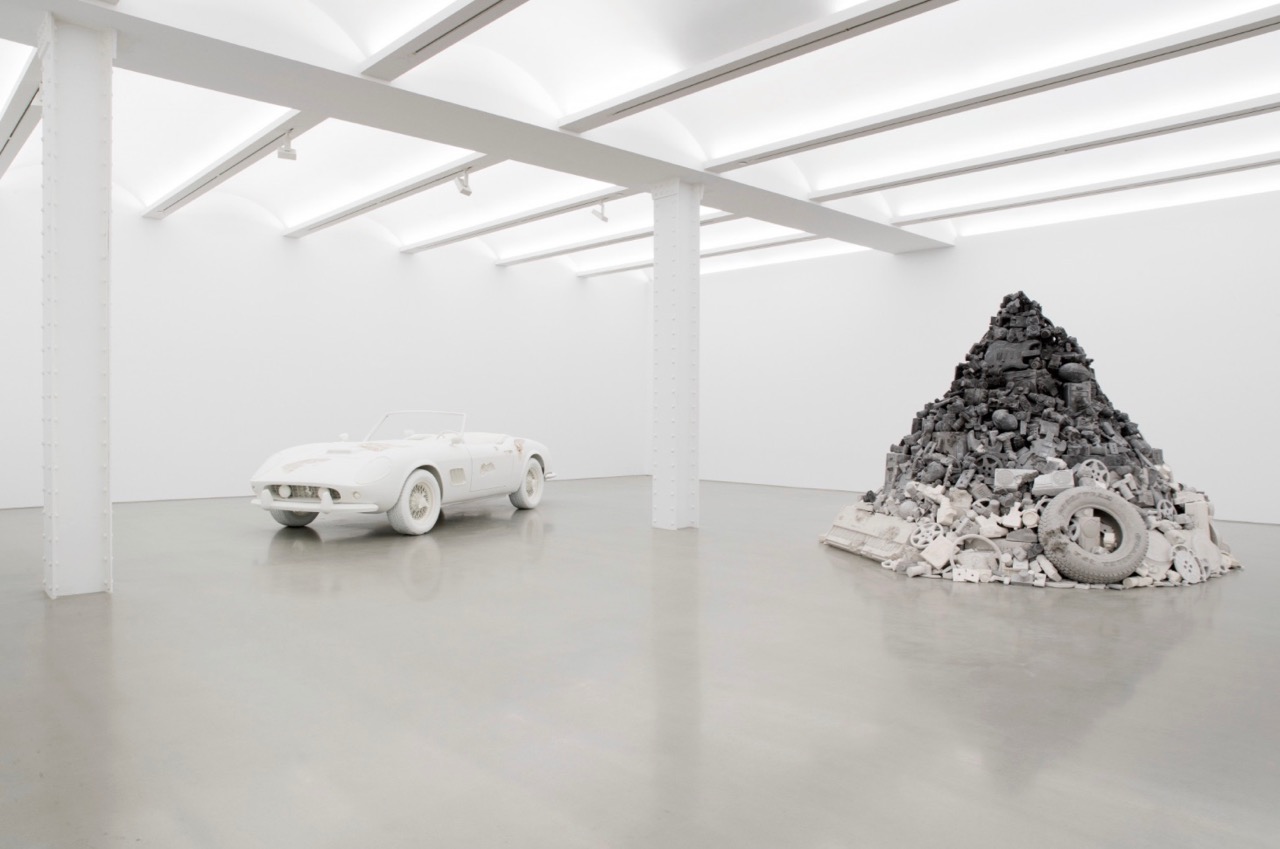 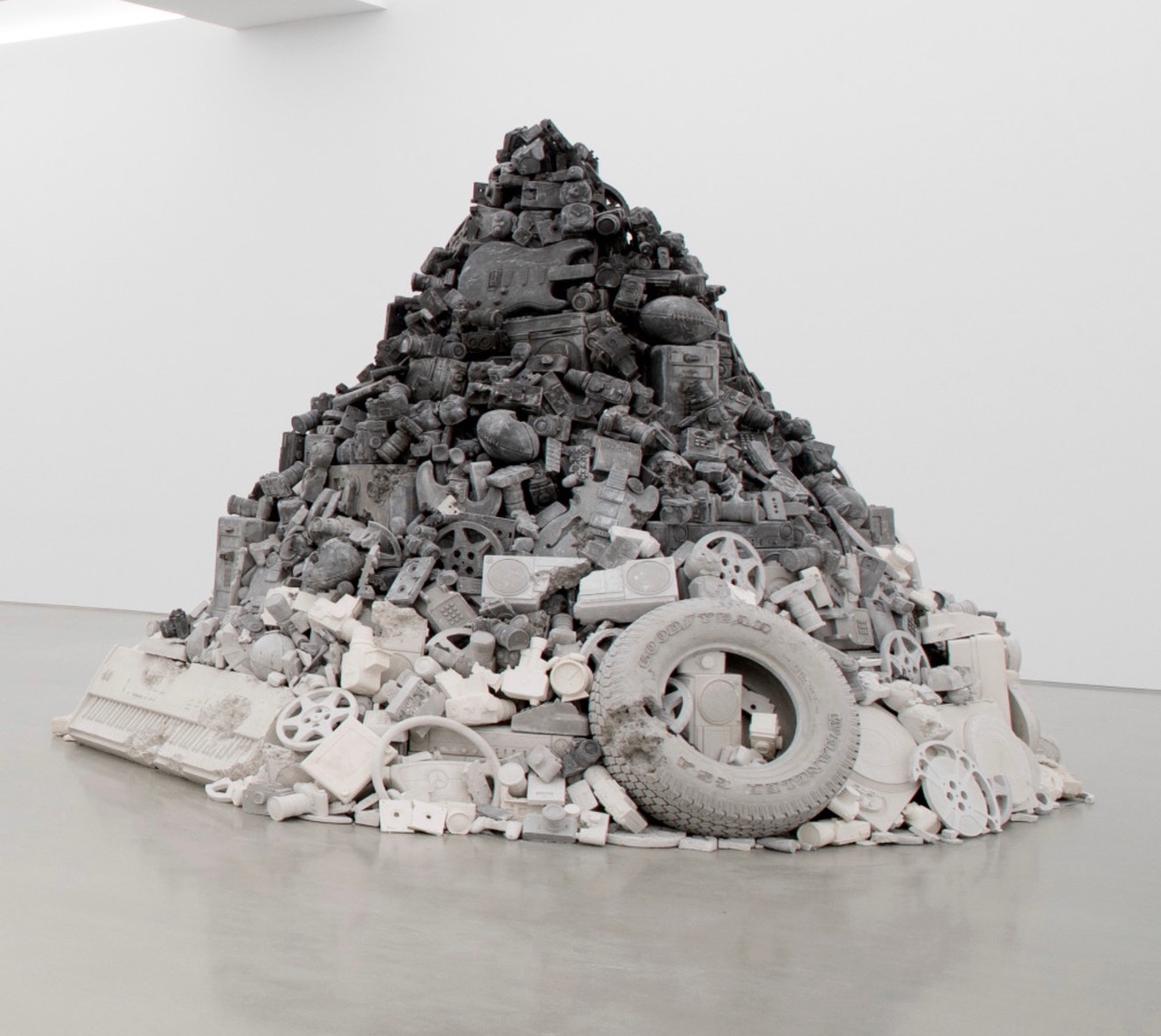 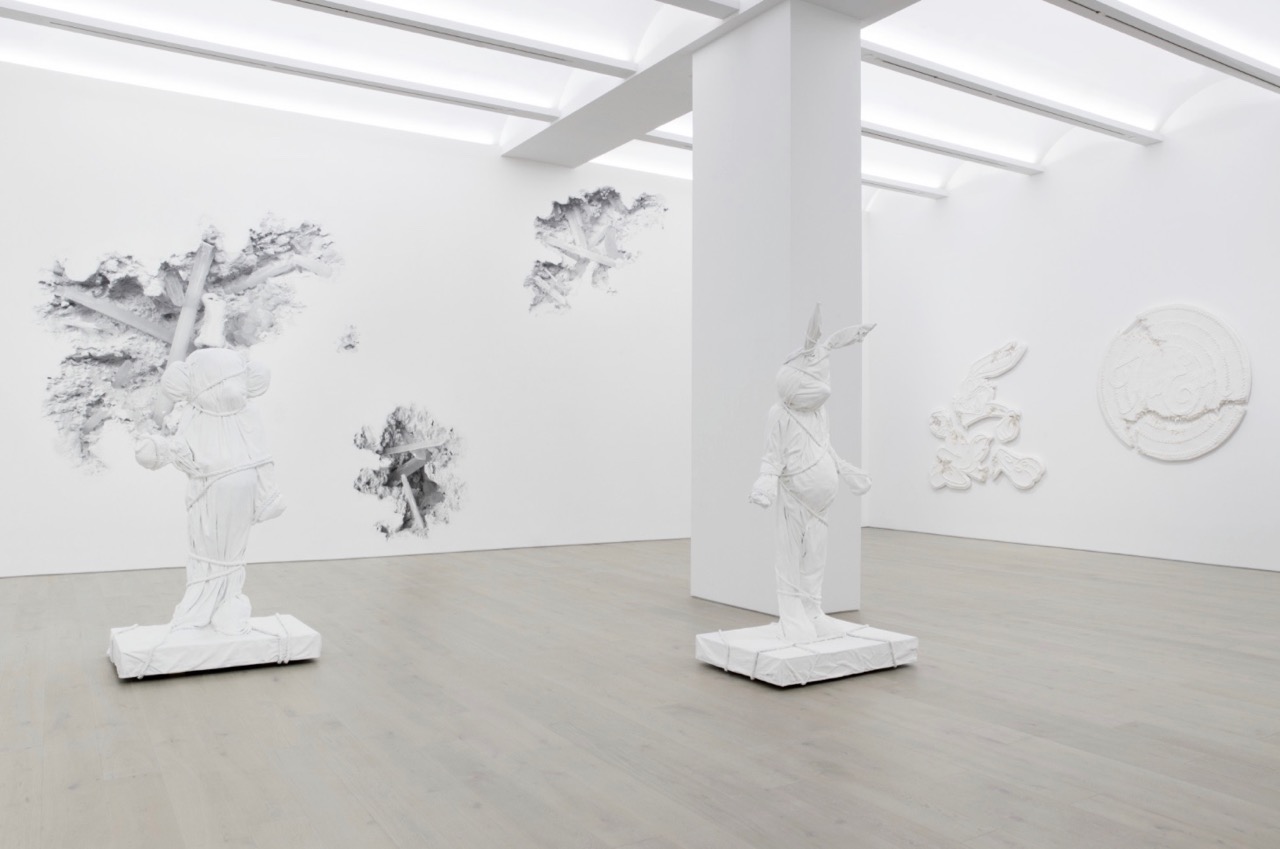 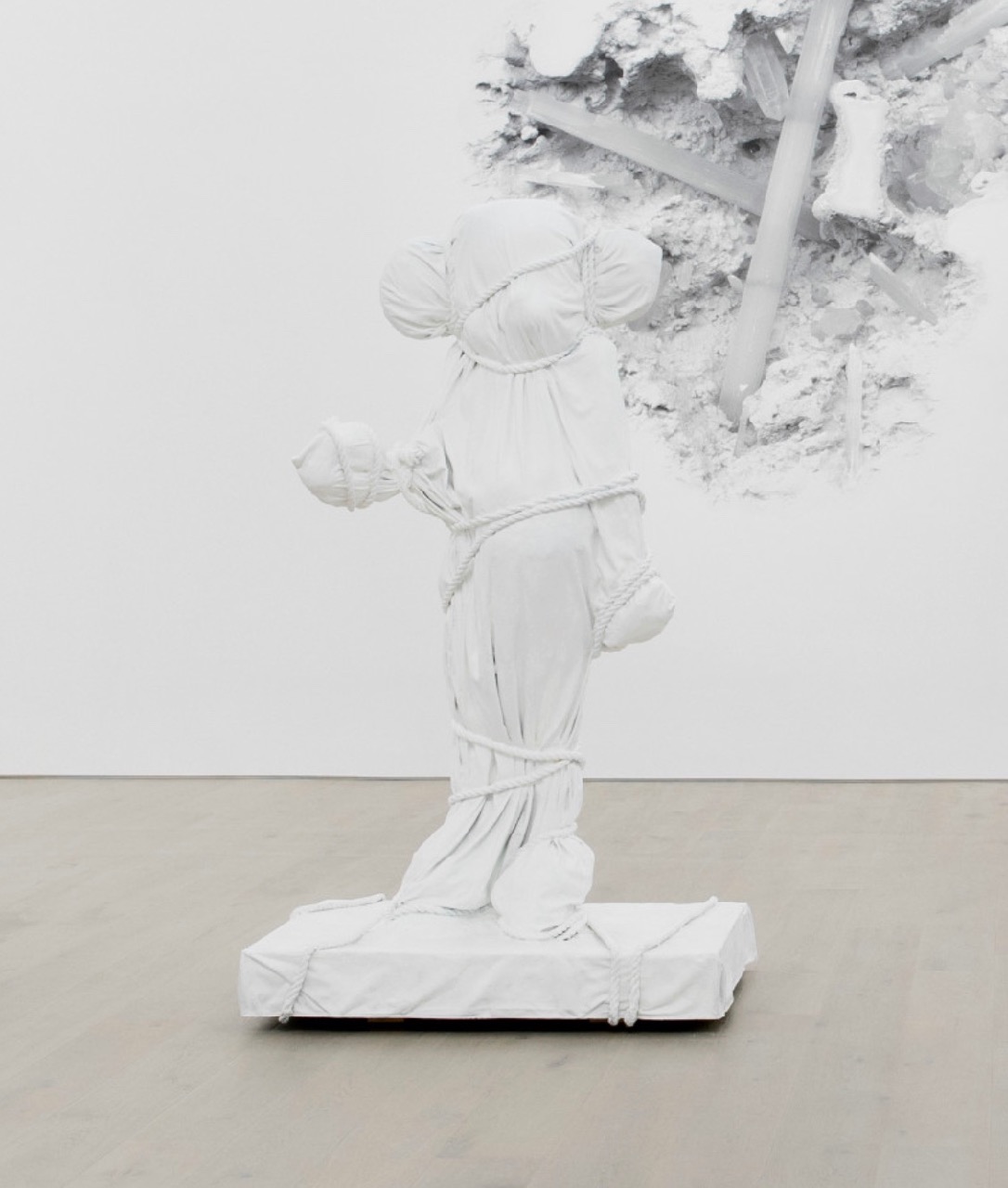 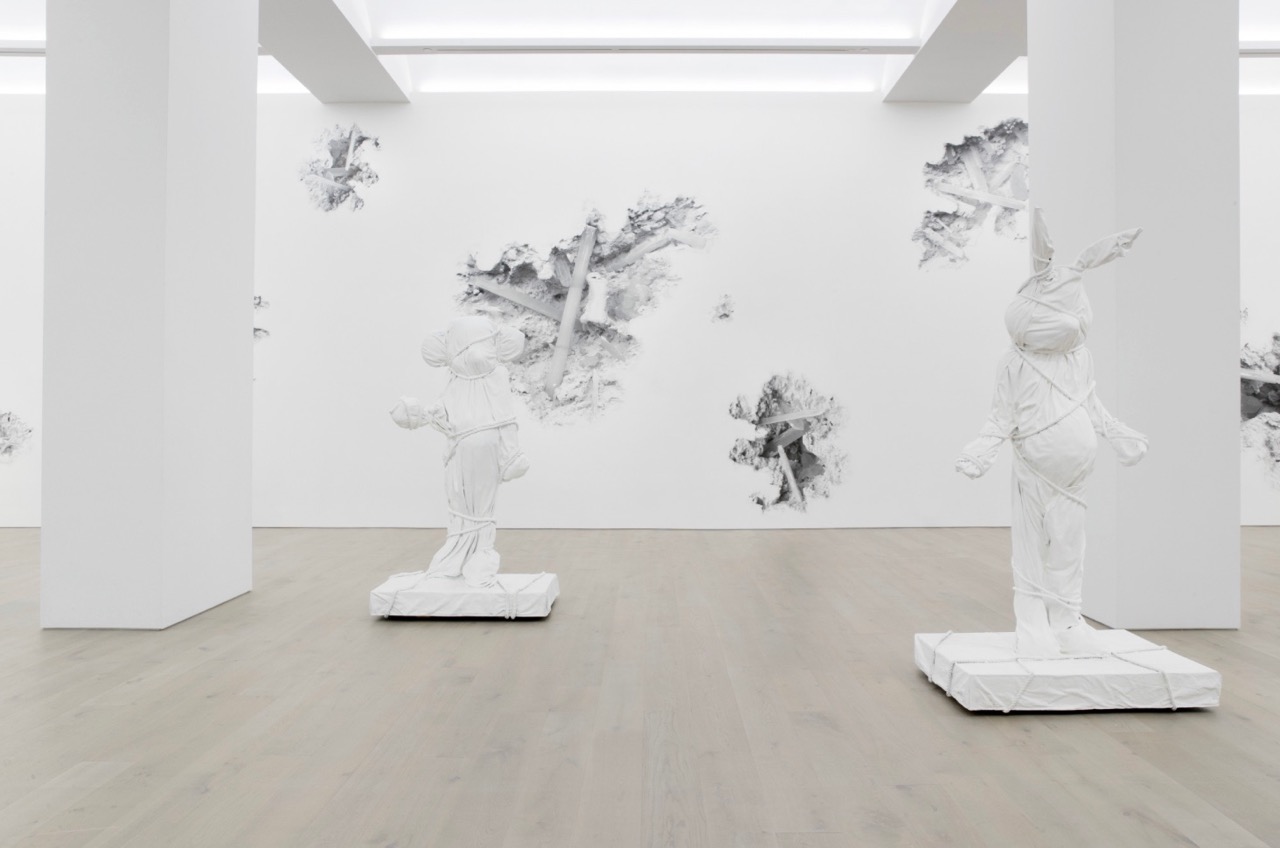 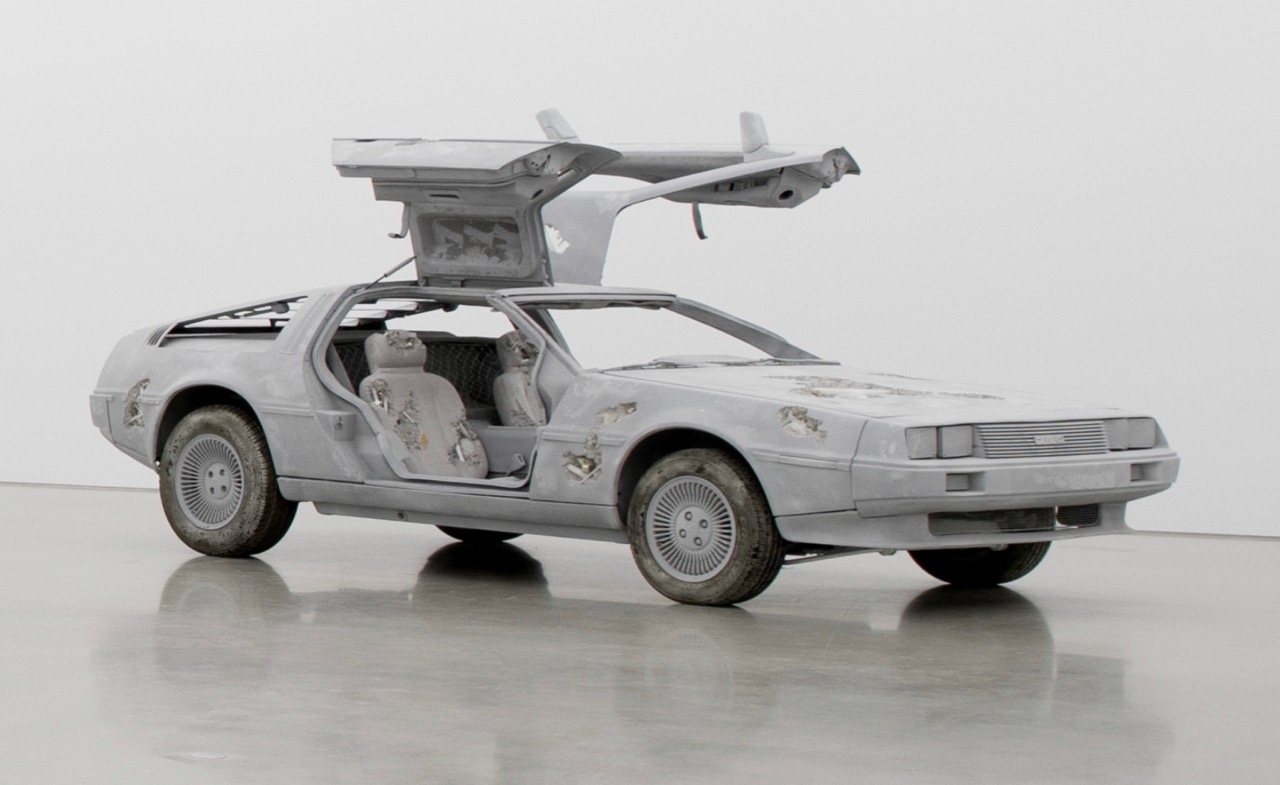 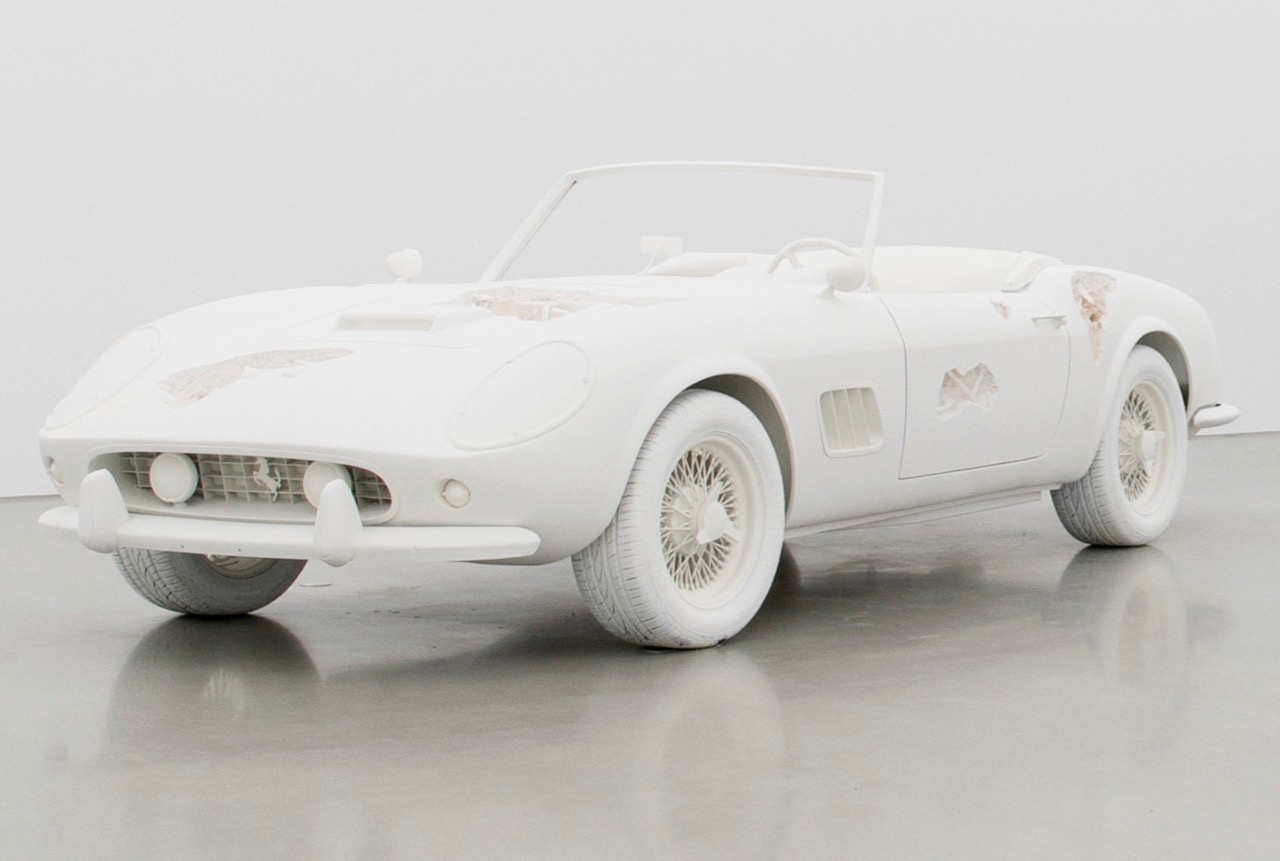 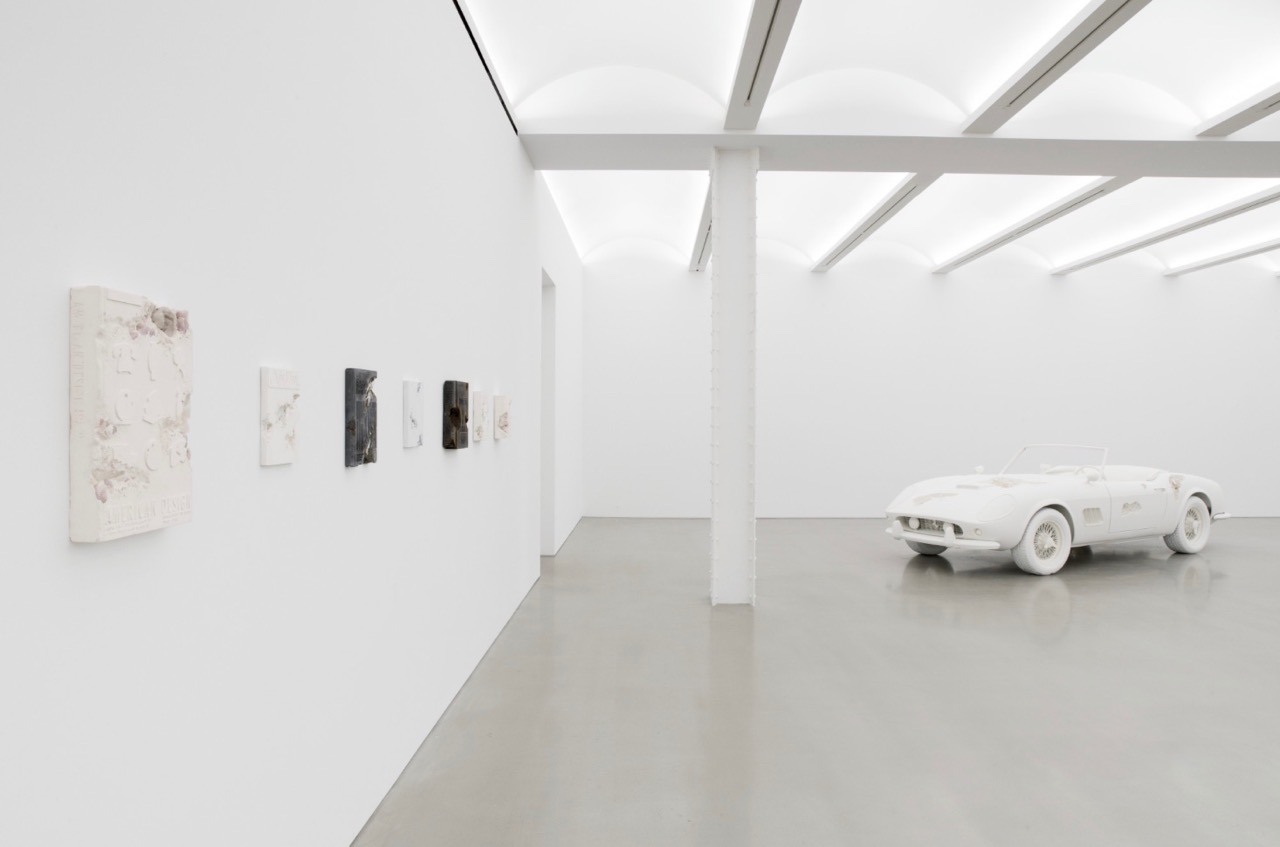