Last week in Hong Kong, Daniel Arsham opened a new solo show entitled Fictional Archeology at Galerie Perrotin. Included were eroded sculptures featuring the human form inspired by the mummified remains from the volcanic eruption in Pompeii in 79 A.D, a contemporary look at how we may appear in the event of a similar disaster to future archeologists. Rounding out the show was a smaller version the installation seen last year in Miami (covered), a “future archaeological dig site” of modern day items like shoes, cameras, musical instruments, and phones made from chalk. 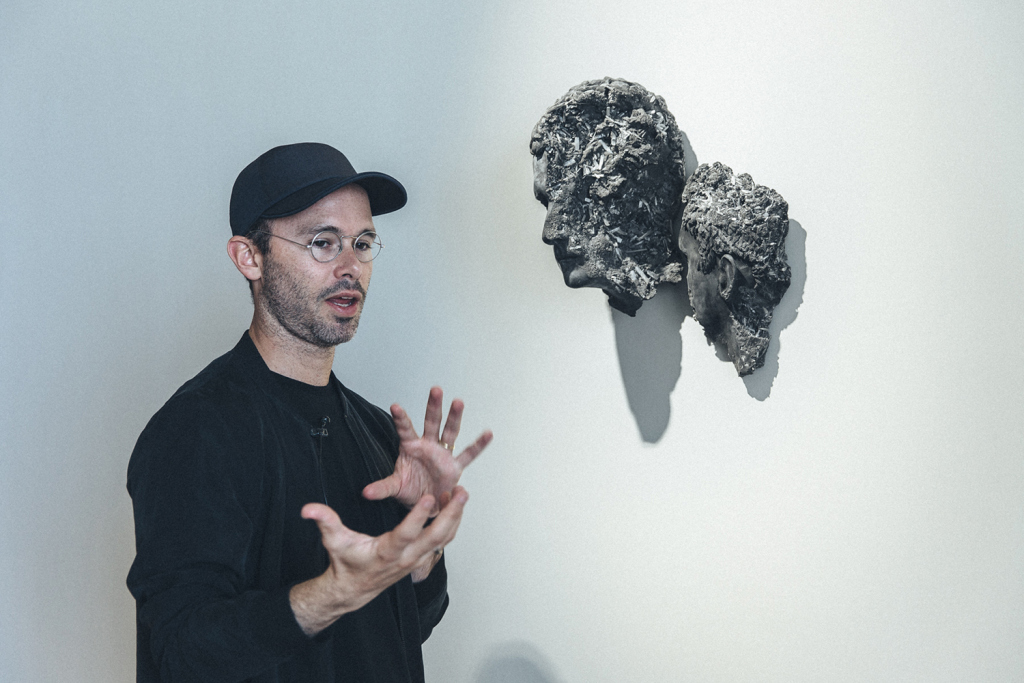 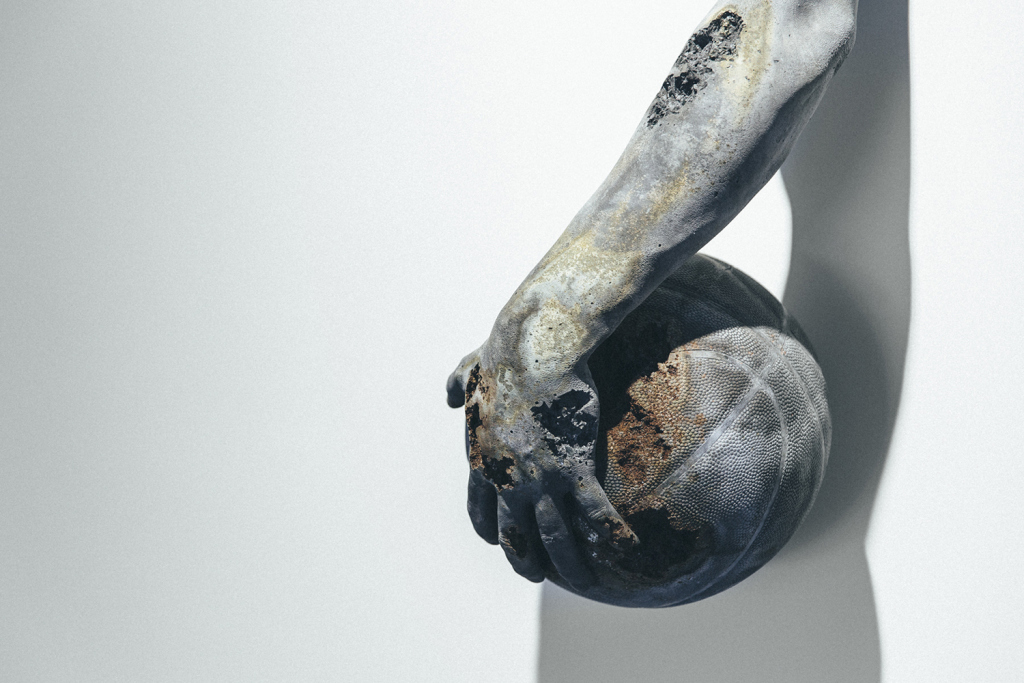 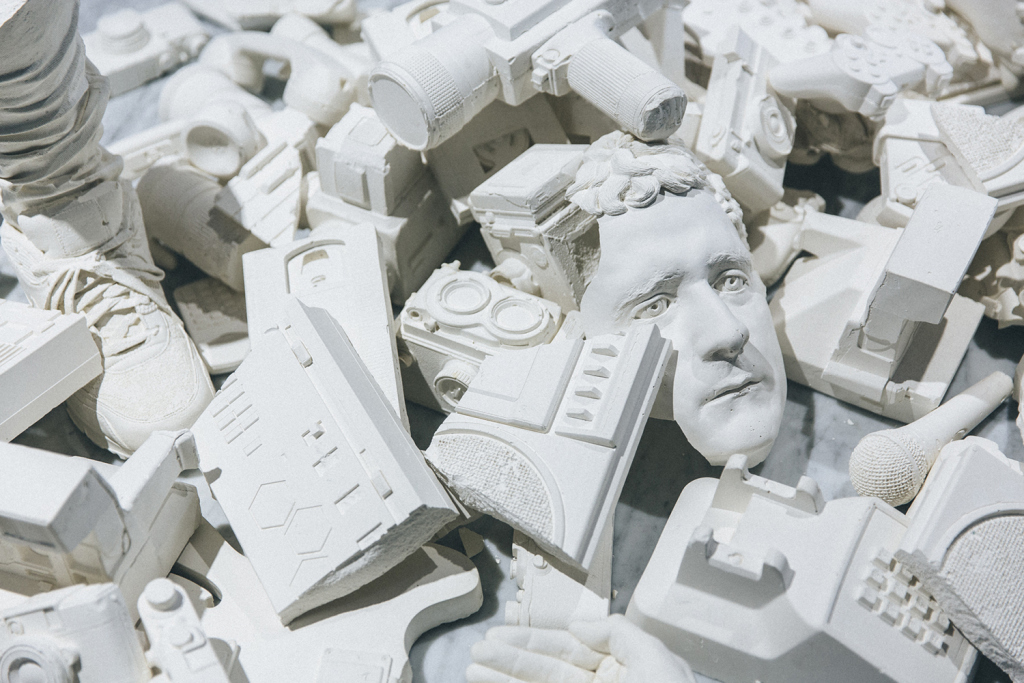 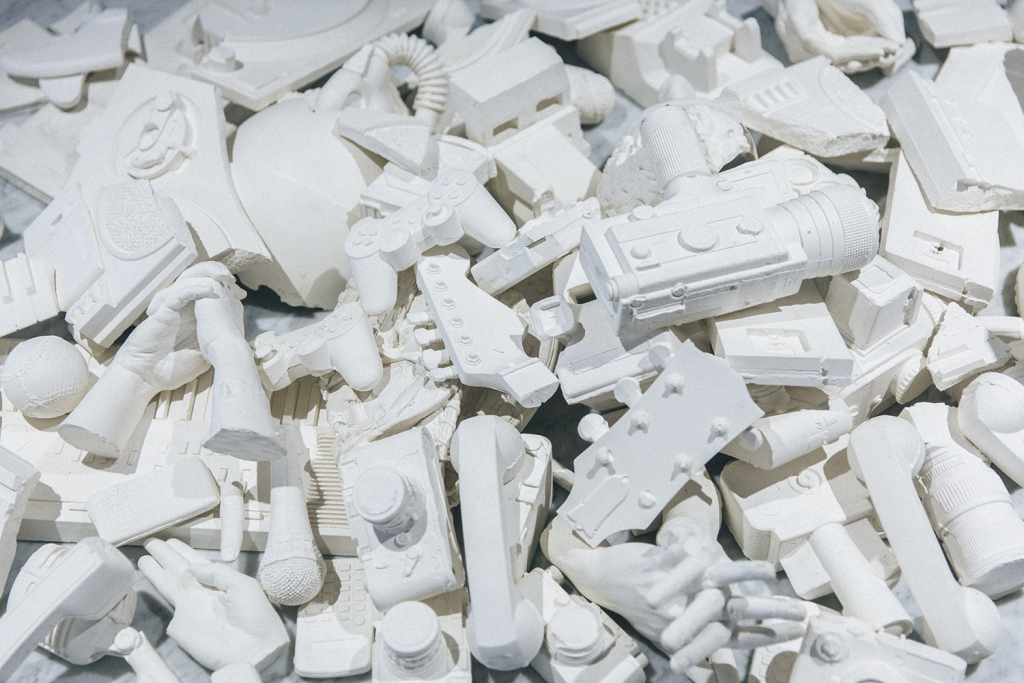 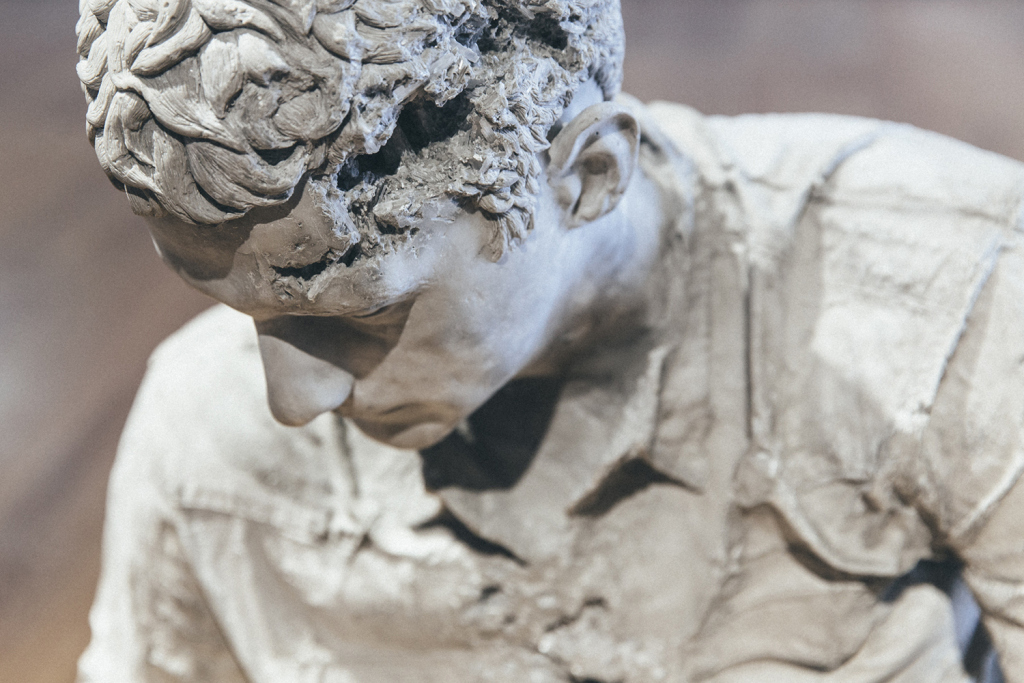 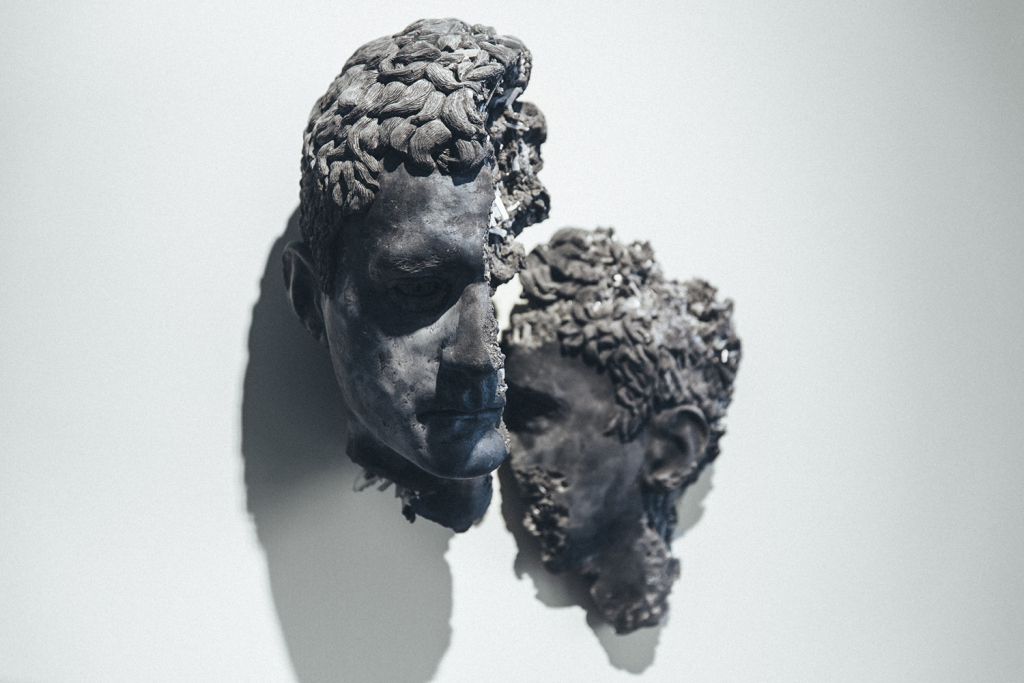 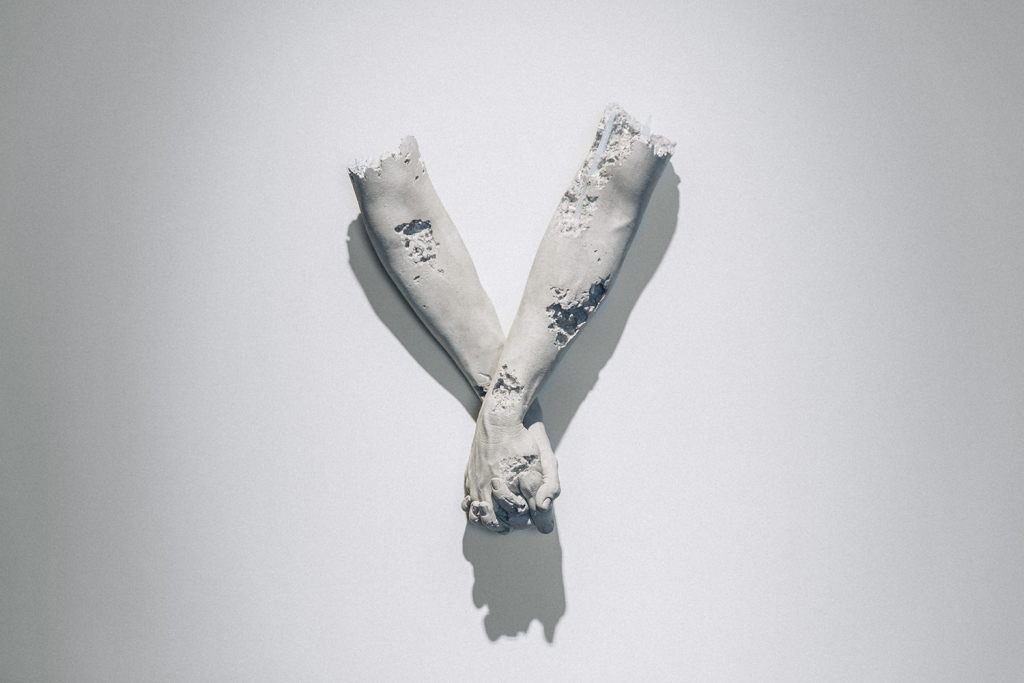 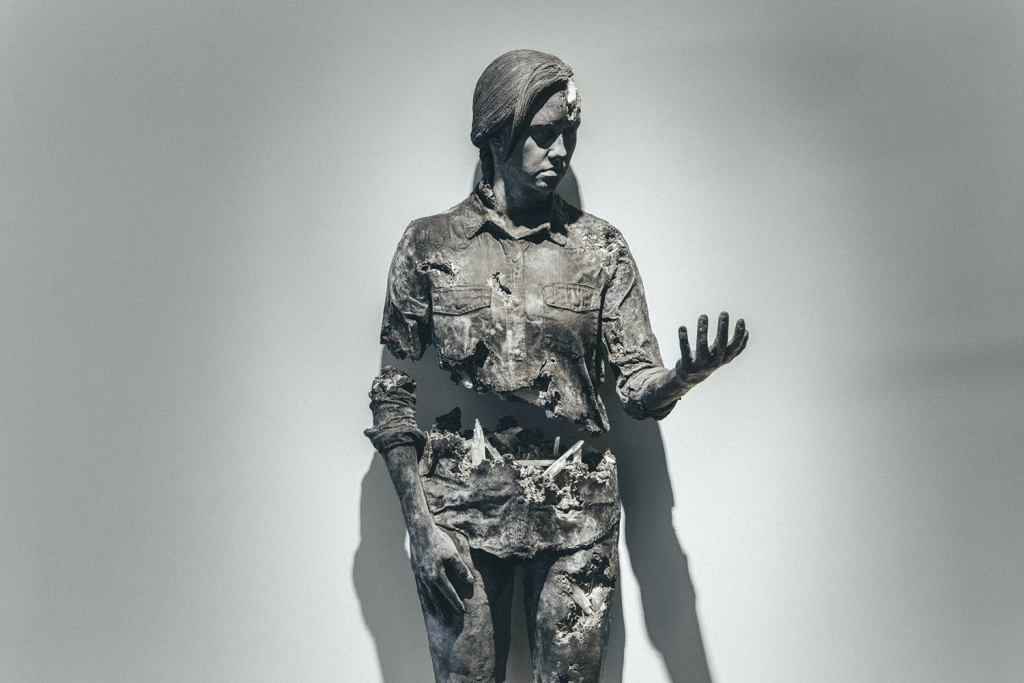