After a 10 year break from exhibiting in New York, Mike Davis returns on September 10th for a solo show at Spoke Art’s location in NYC. Entitled Fate Of The Union, the San Francisco-based artist will be exploring themes of social and political dichotomies through his surrealistic paintings that take influence from the work of Flemish Primitives such as Bosch, Bruegel and van Eyck. Steeped in symbolism, Davis’ imagery features reoccurring motifs like keys, ufos, birds, snakes, ladybugs and butterflies which inhabit his bizarre world filled with hybrid creatures and rich narratives. 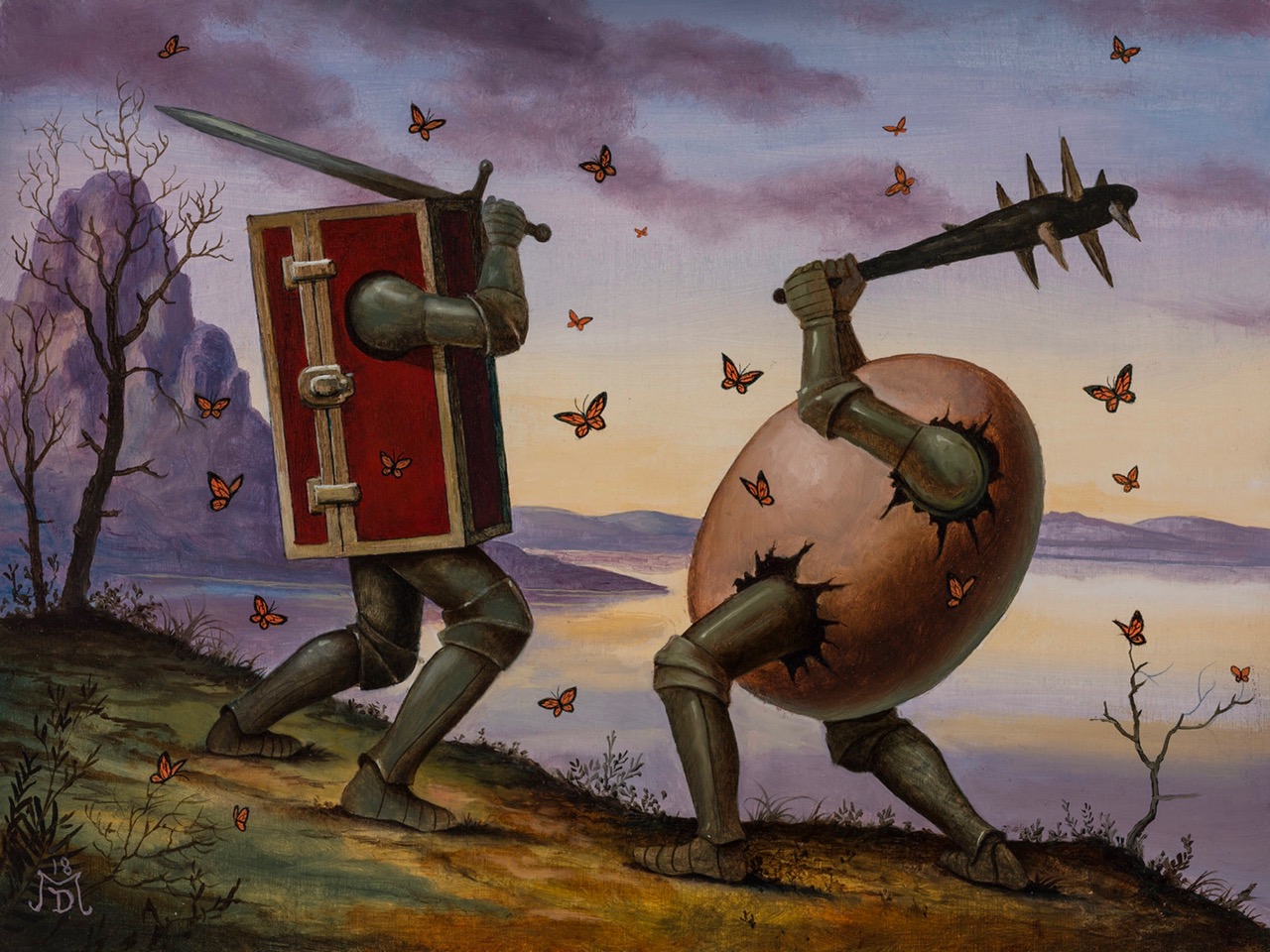 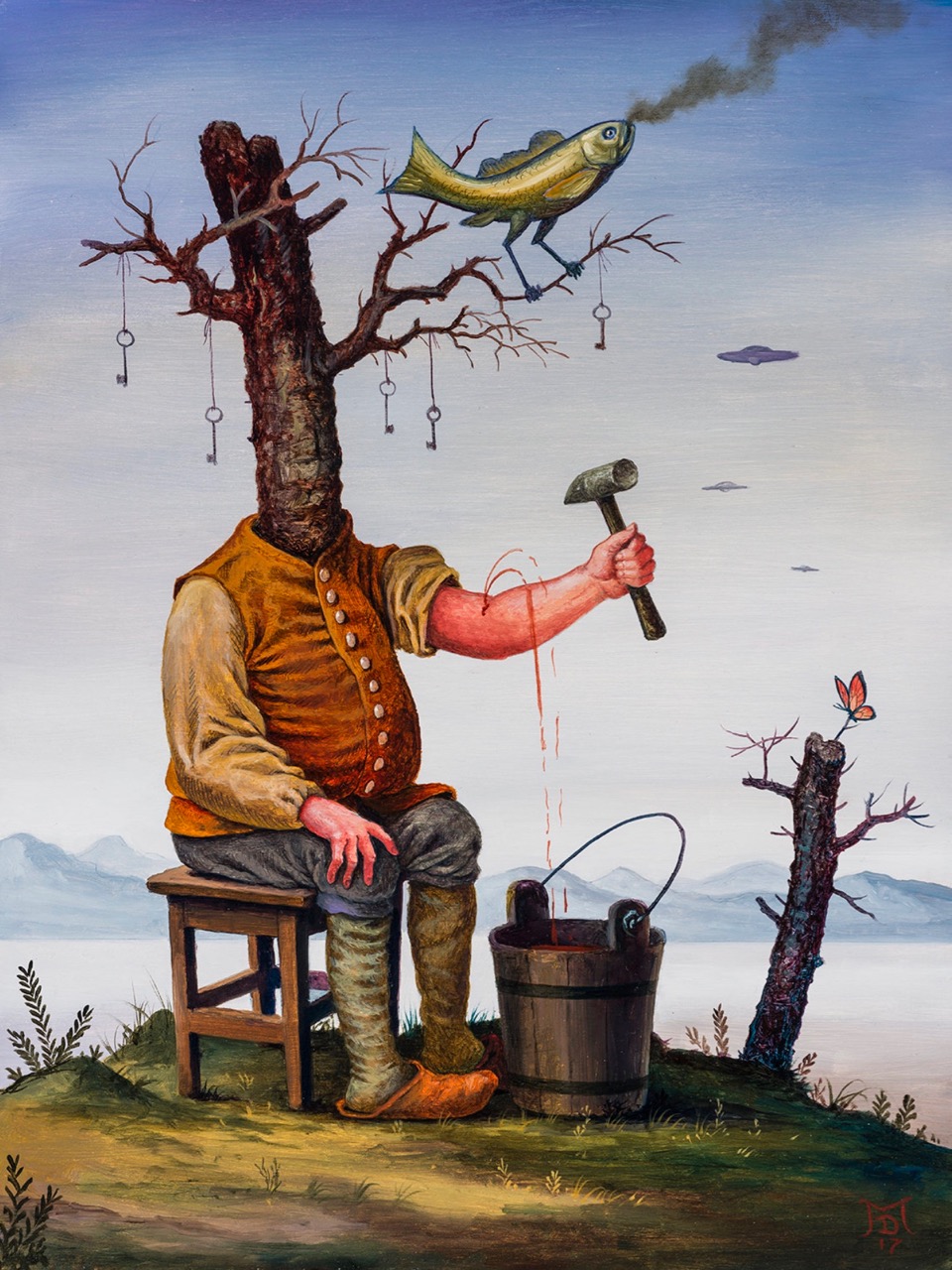 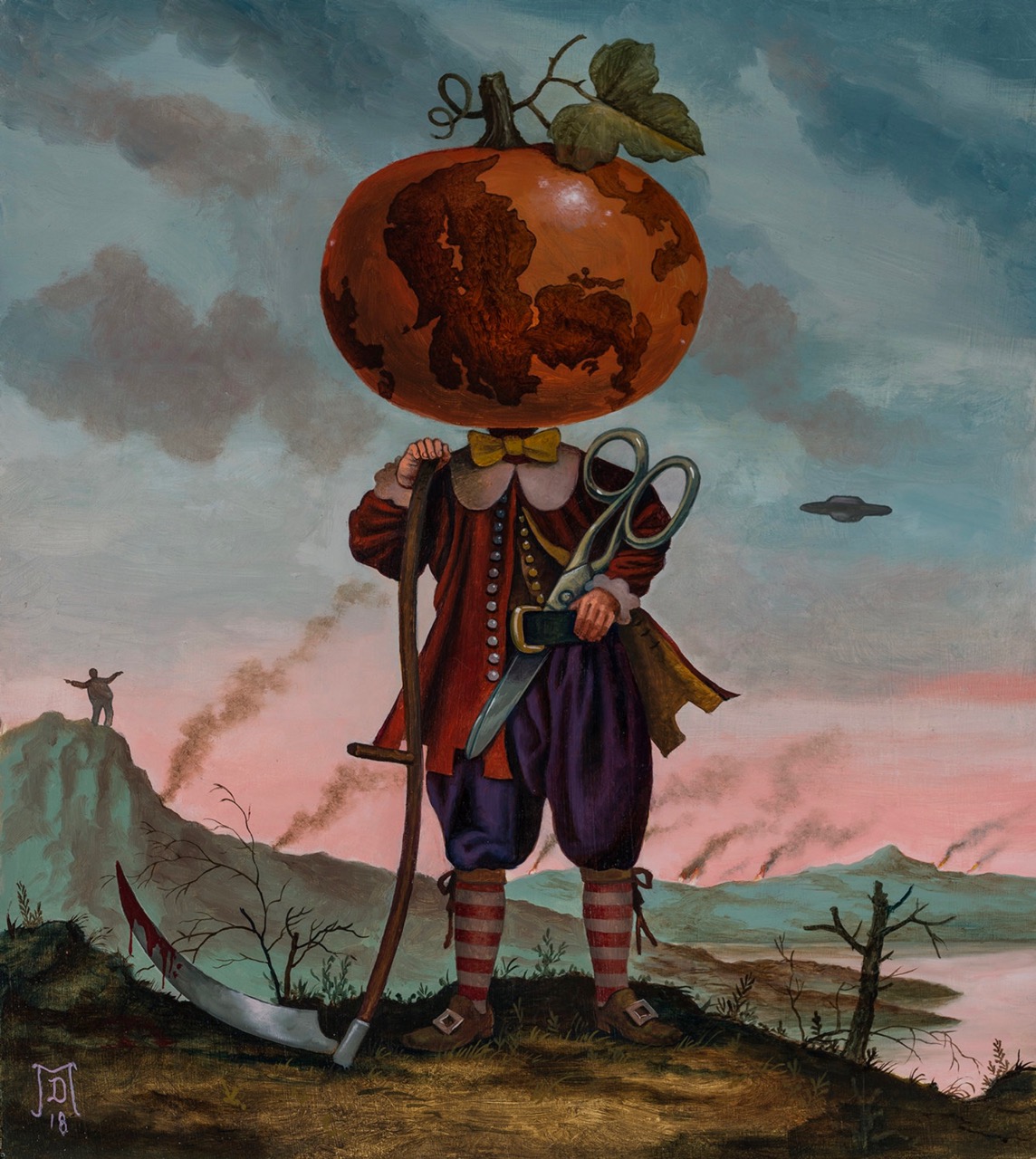 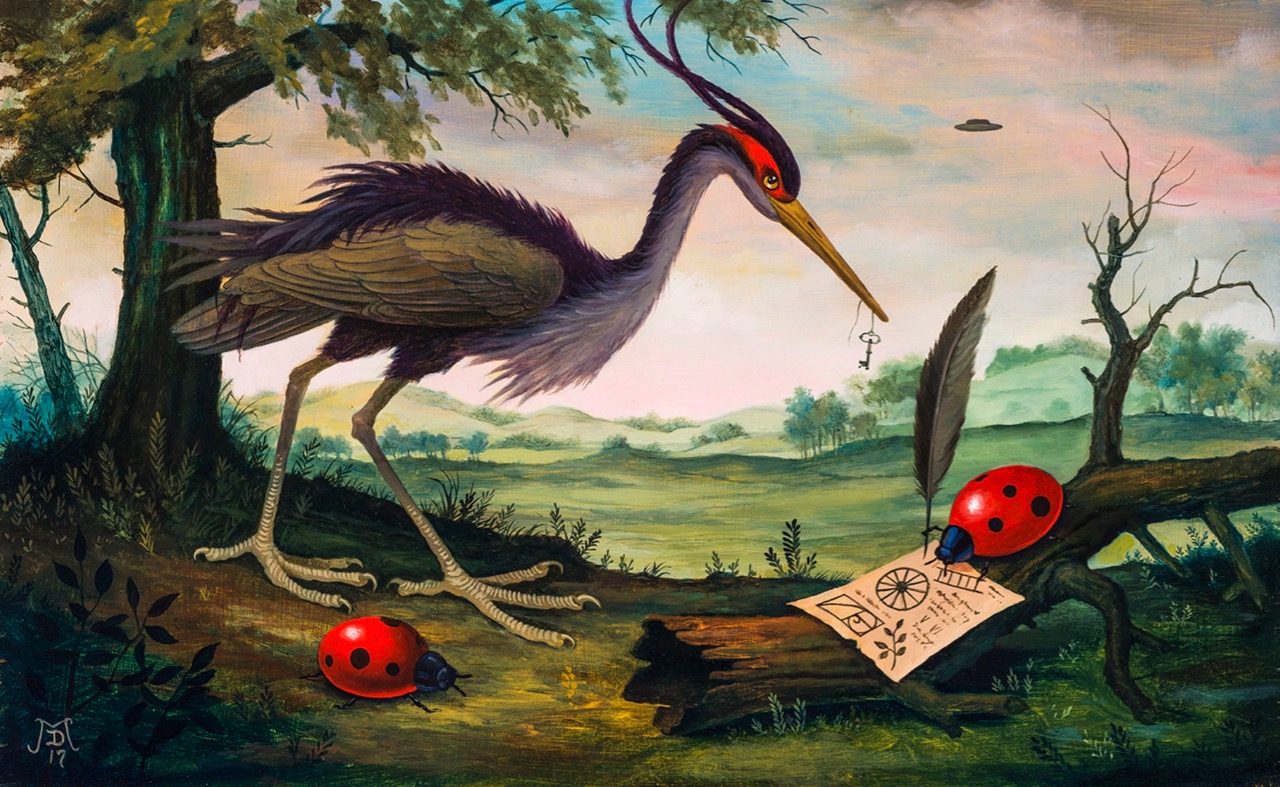 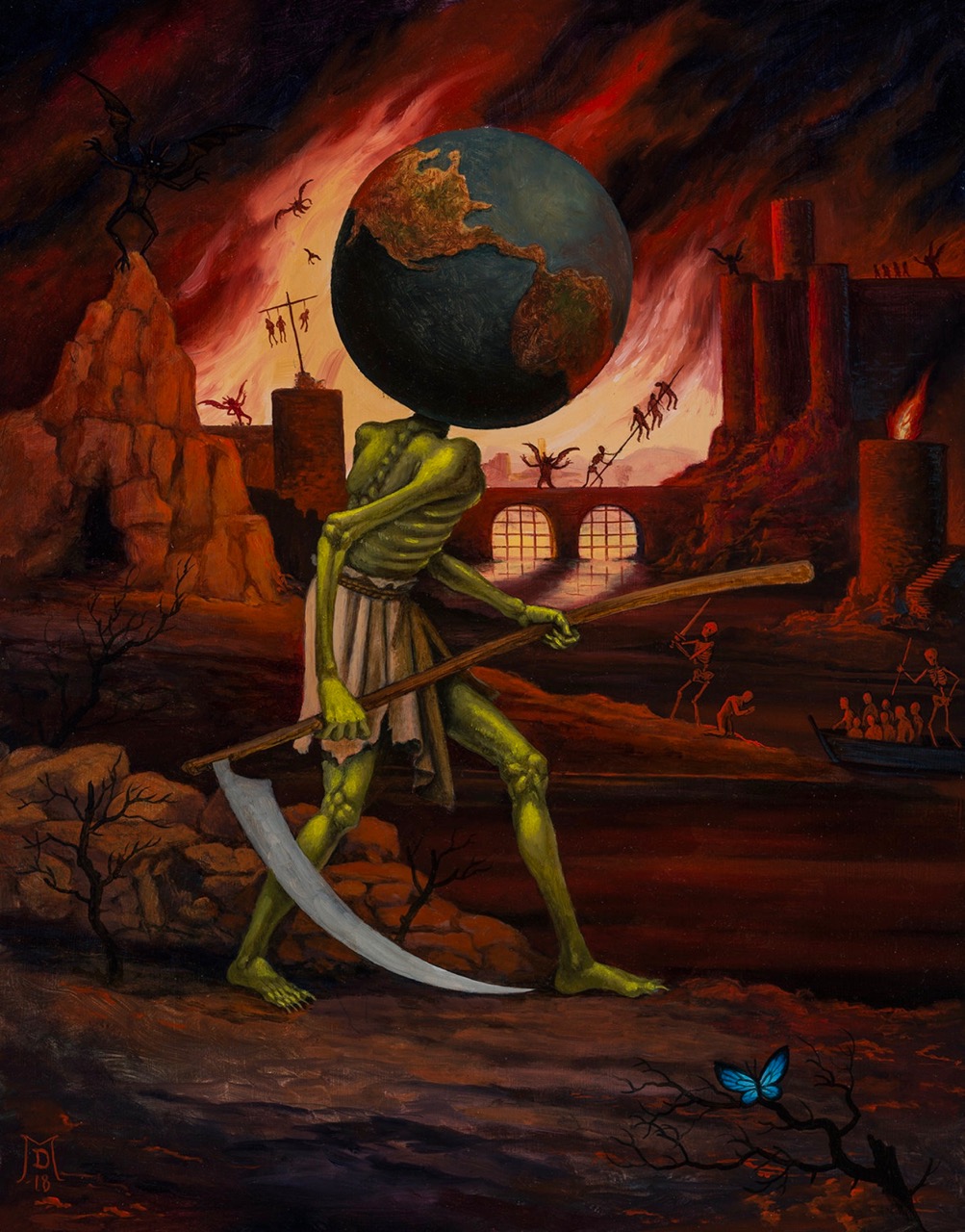 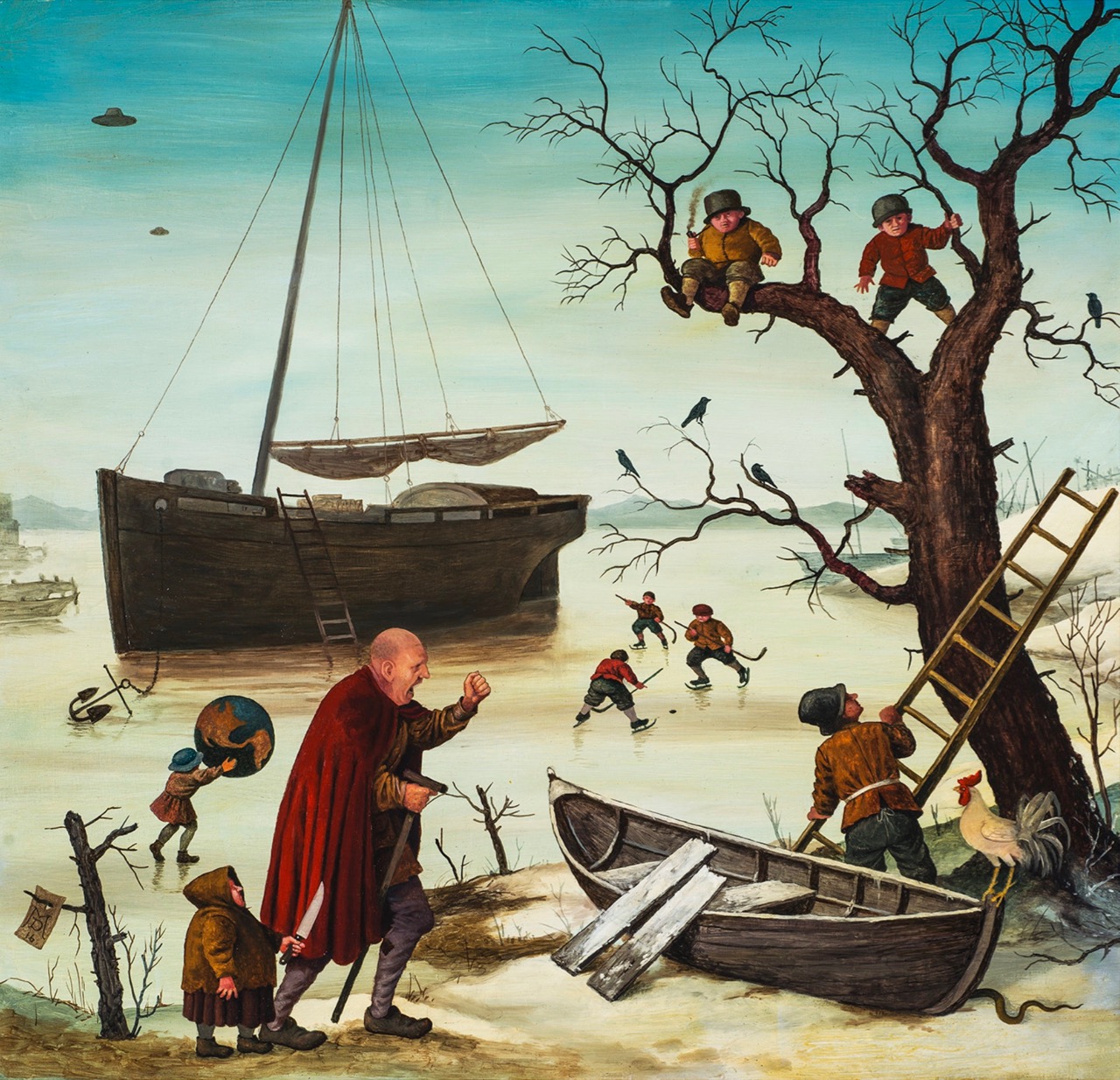 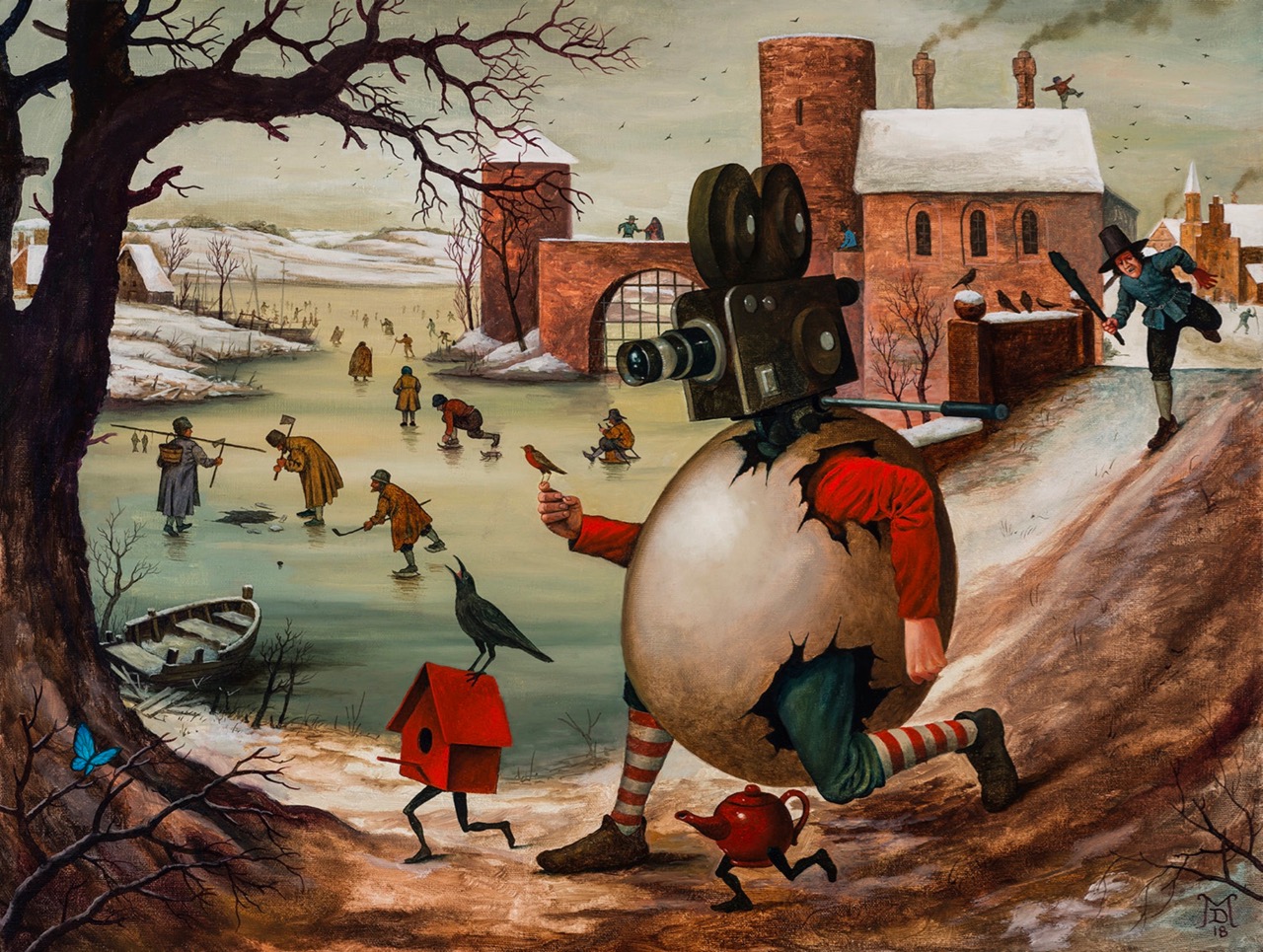 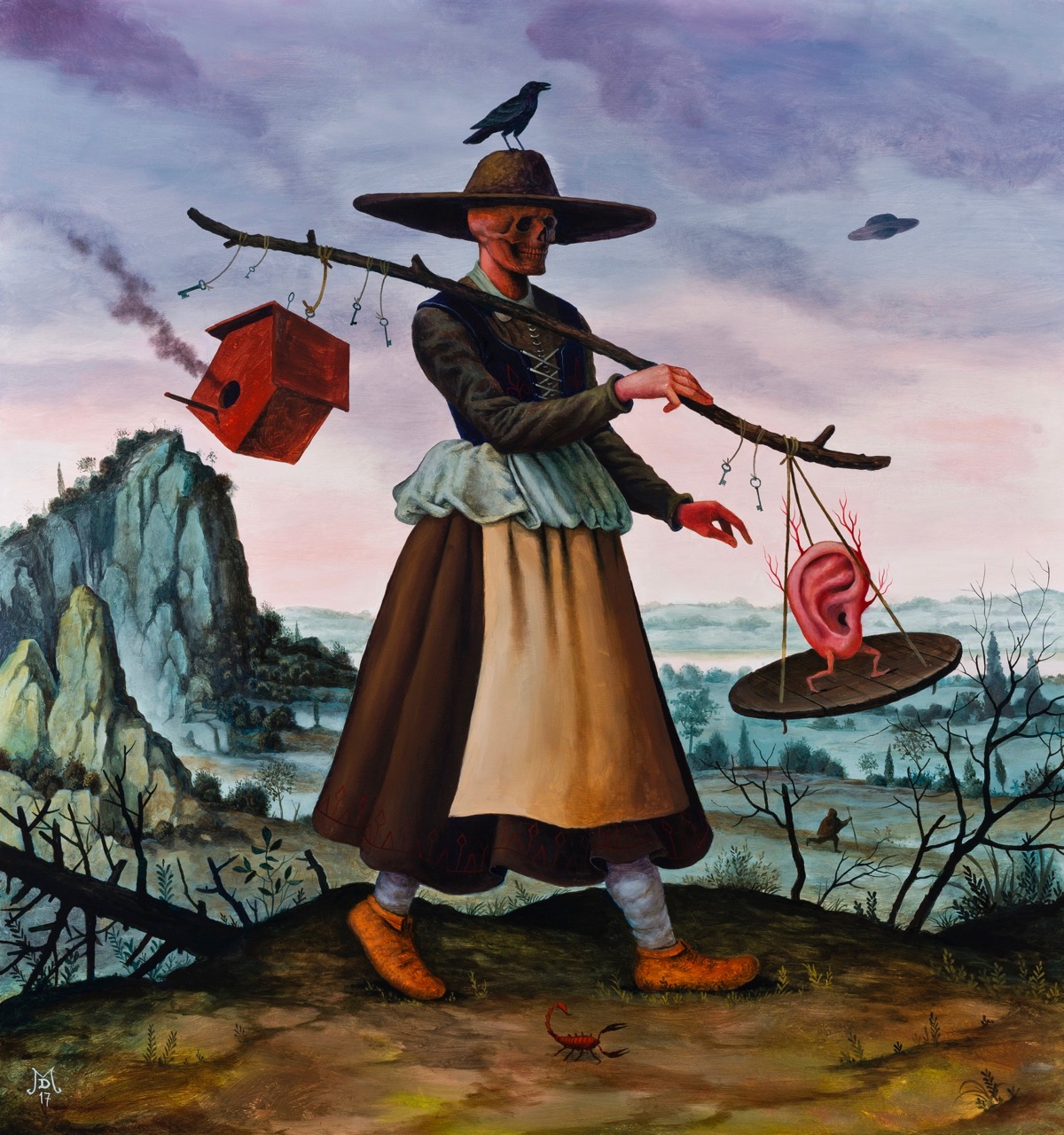