Returning for his third go around (see 2012 – part 1 & part 2 – and 2014), ROA will opening a new solo tomorrow night (September 20th) at StolenSpace. Known for the dissections of his animal subjects, both on the streets and in the gallery, the Belgium artist has prepared more of the same for a new body of work entitled DORMANT. As per his usual practice, the pieces will be produced on site with found materials and will be interactive as attendees of the show in London will be invited to move various parts of the work as well as their own perspective to reveal different anatomic systems. 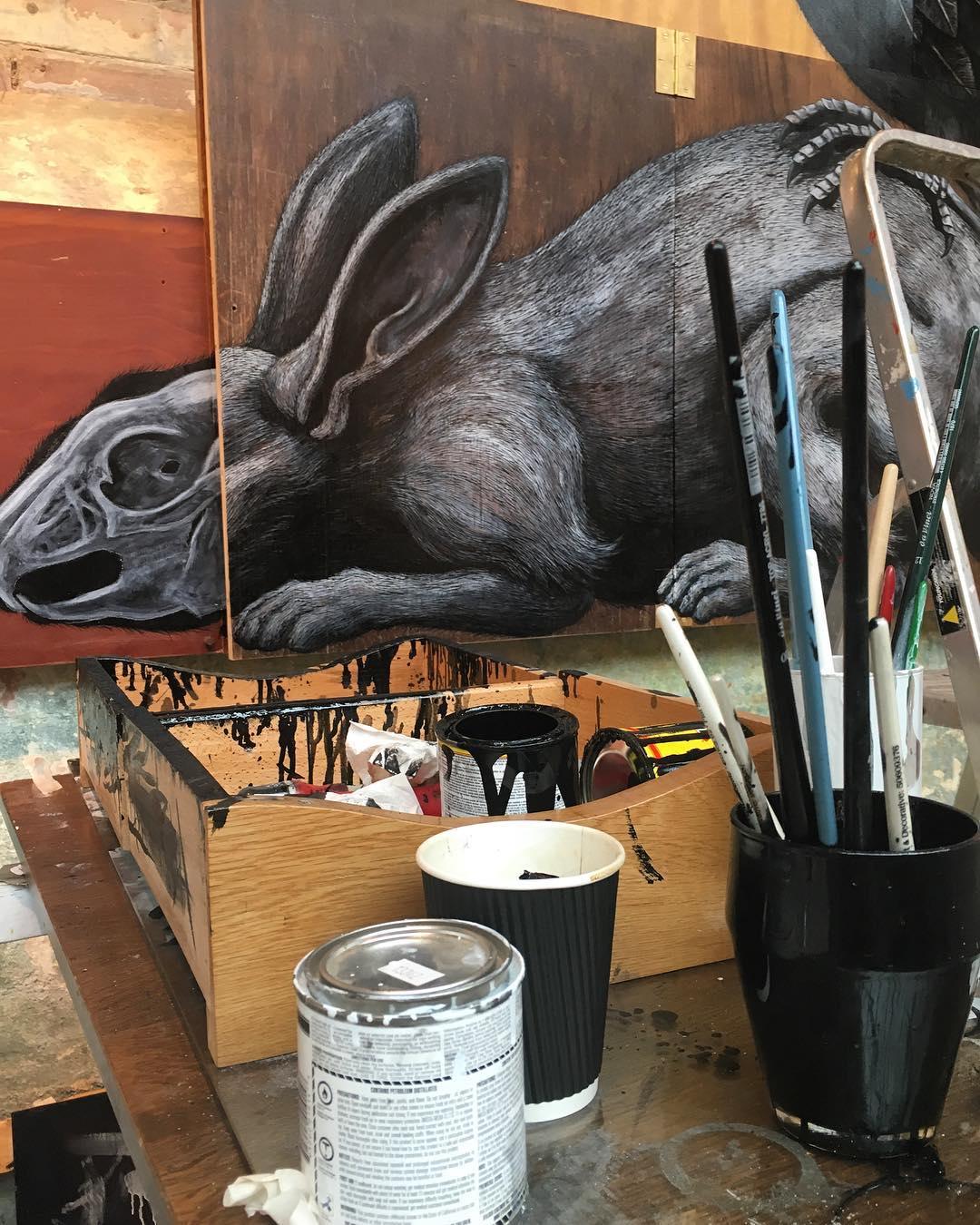 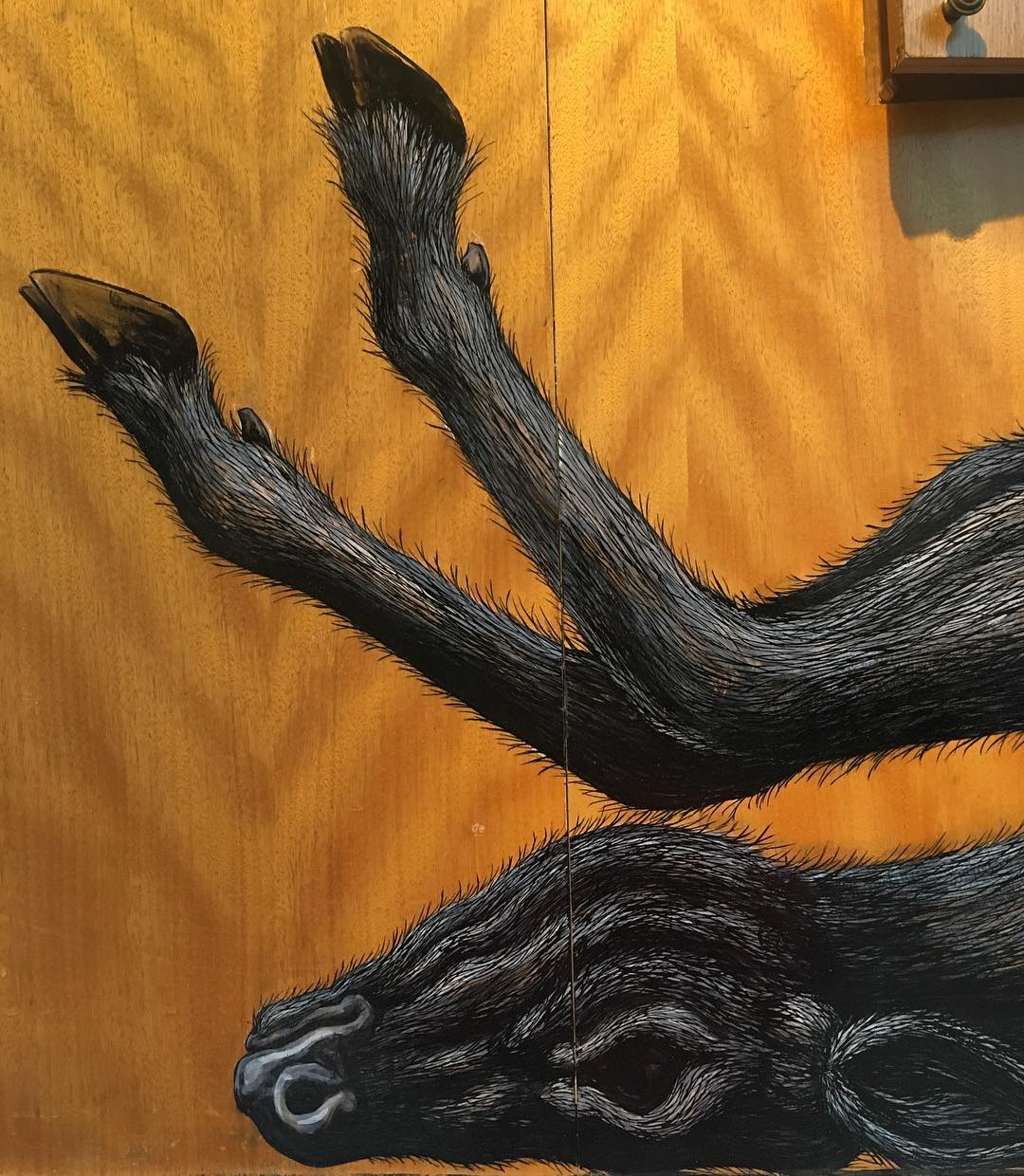