After working over the course of five months, JR (interviewed) has finally revealed to the world his latest pojrect –  a new TIME cover. Dealing with the complex and often controversial issue of Guns In America, the French artist photographed 245 people from three cities – St. Louis, Washington, D.C., and Dallas – to construct a mural for the weekly news magazine. Choosing people from all sides of the polarizing debate (veterans, teachers, hunters, doctors, people afraid that guns may kill their children and people afraid they won’t have guns to protect their children), JR created a powerful image that he envisions as a table, where we might gather to actually listen to one another.

In association with this project, FuturePace will be hosting a video mural from the JR – The Gun Chronicles: A Story of America through November 3rd. Also, the Paris-based street artist will be creating at mural at the iconic Houston & Bowery location in New York. 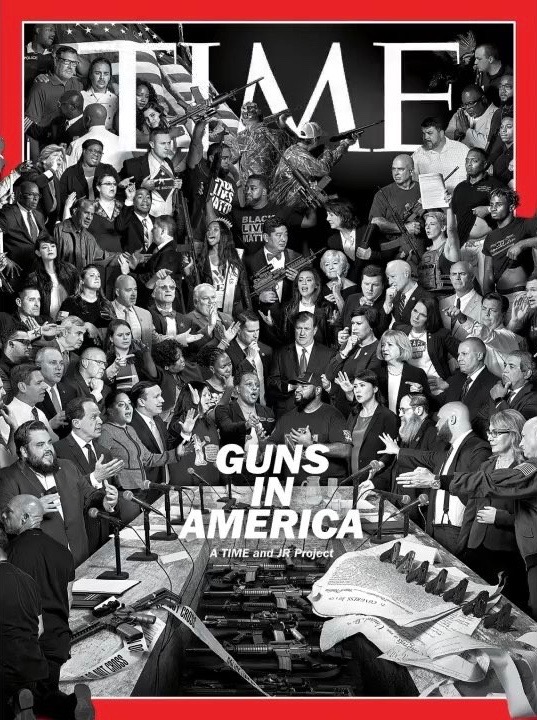 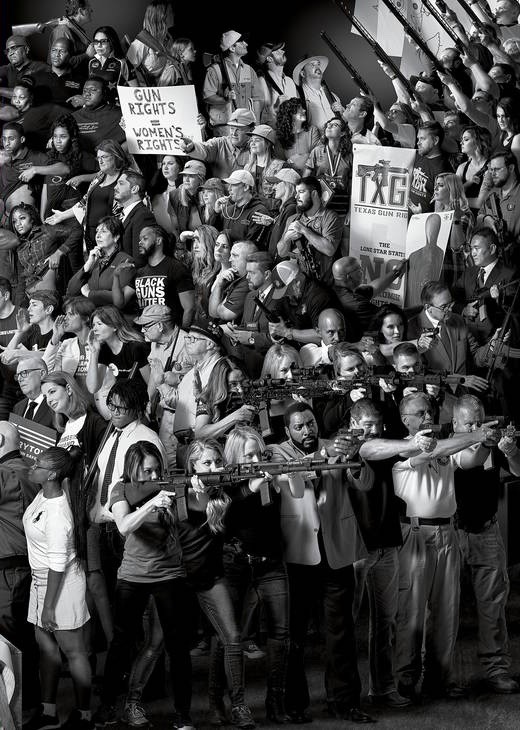 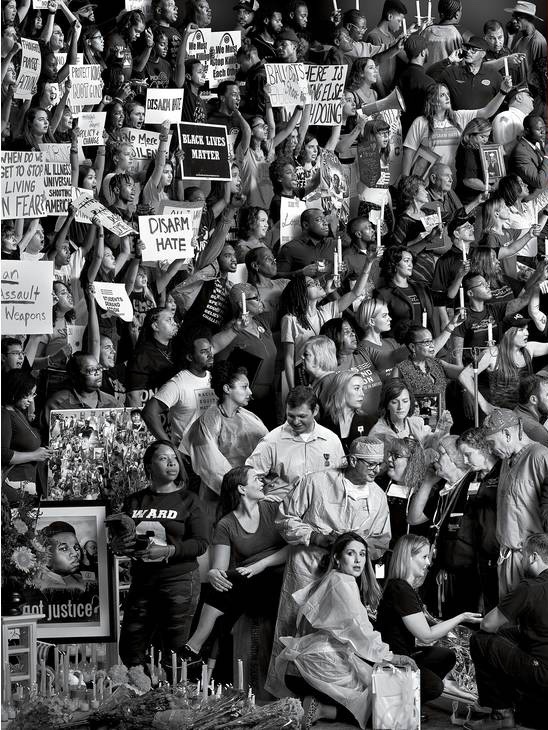