After first introducing his work back in 2016 and hosting a solo exhibition during last year’s Moniker Art Fair in London, Thinkspace Gallery in Los Angeles will be opening the debut North American solo show by Dulk on December 1st. Legacy is shaping up to be the Spanish artist’s largest showcase to date, including a new series of 24 pieces ranging from an impressive 1 x 2 meter show title piece all the way to pencil drawings on paper.

An artist whose creative output started at an early age, while reproducing the illustrations of exotic animals from his parents’ collection of old encyclopedias, is nowadays a successful & versatile artist moving between street art, drawing, painting, sculpture, and advertisement. Still, arguably his highest quality work comes from his Valencia studio, where he spent the last 10 months working on this presentation.

Continuously reinventing, modifying, and upgrading his dreamy universes dominated by exotic animals engaged in human and surreal activities, Dulk has produced some of his most complex and meticulously rendered images created to date. Situated everywhere from underwater, in forests, at polar regions, all the way to the skies, the scenes coming from his brushes and pencils are immensely rich with detail while balancing between accurate depictions and impossible alterations. Often using nature’s most amazing creatures, such as narwals, toucans, or seahorses, he then turns them into peculiar characters that carry the narratives of his elaborate images.

Interacting with each other as well as other members of floral life such as fruits, trees or mushrooms, while adorned with human accessories from around the globe, these creatures celebrate the natural diversity and the chaotic harmony that keeps it together. Not limited by any rules of physics or common logic, they are regularly transforming into objects, morphing into different shapes, and generally creating intricate settings which are equally celebratory and borderline haunting. Stripped of any human presence yet filled with man-made objects, Dulk’s work suggests the irrelevance of man in terms of nature’s survival. The lush and flamboyant appearance of this exciting new world, in which harmonious earthy tones are broken only with shiny decorations and costumes, prove that wildlife will blossom once humans are not part of the equation. 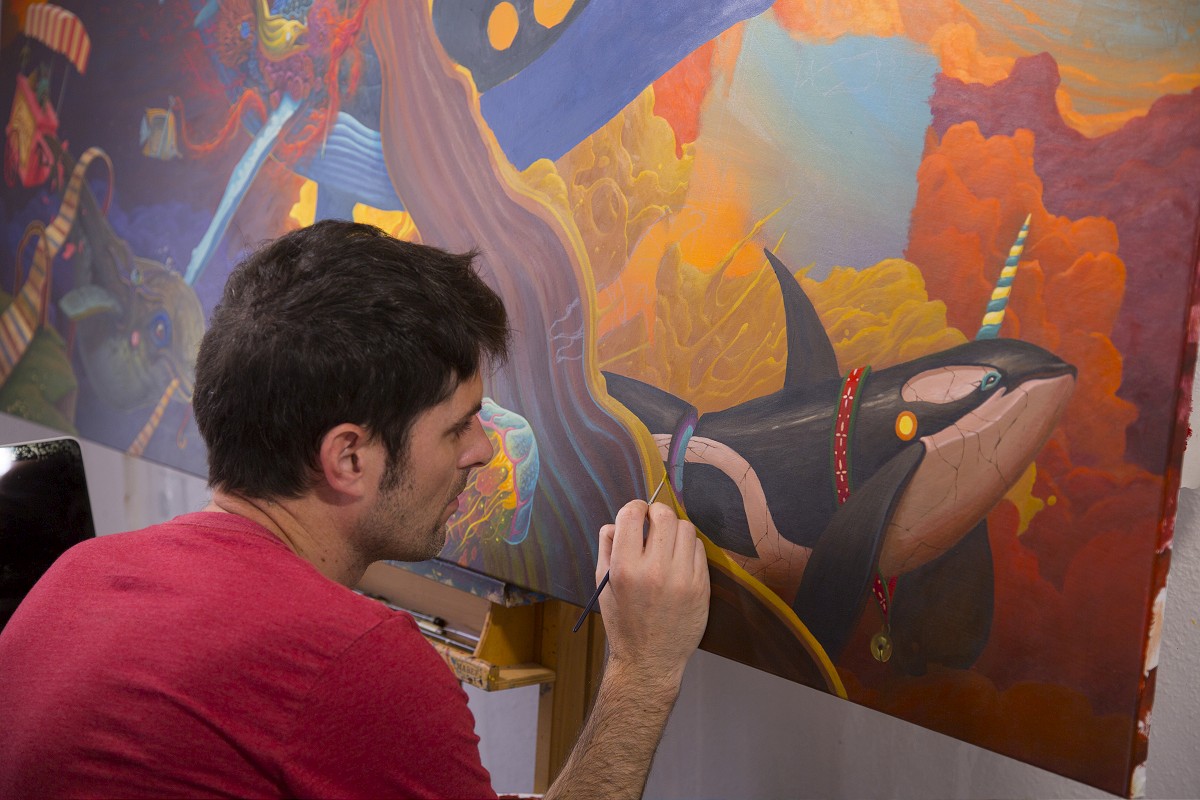 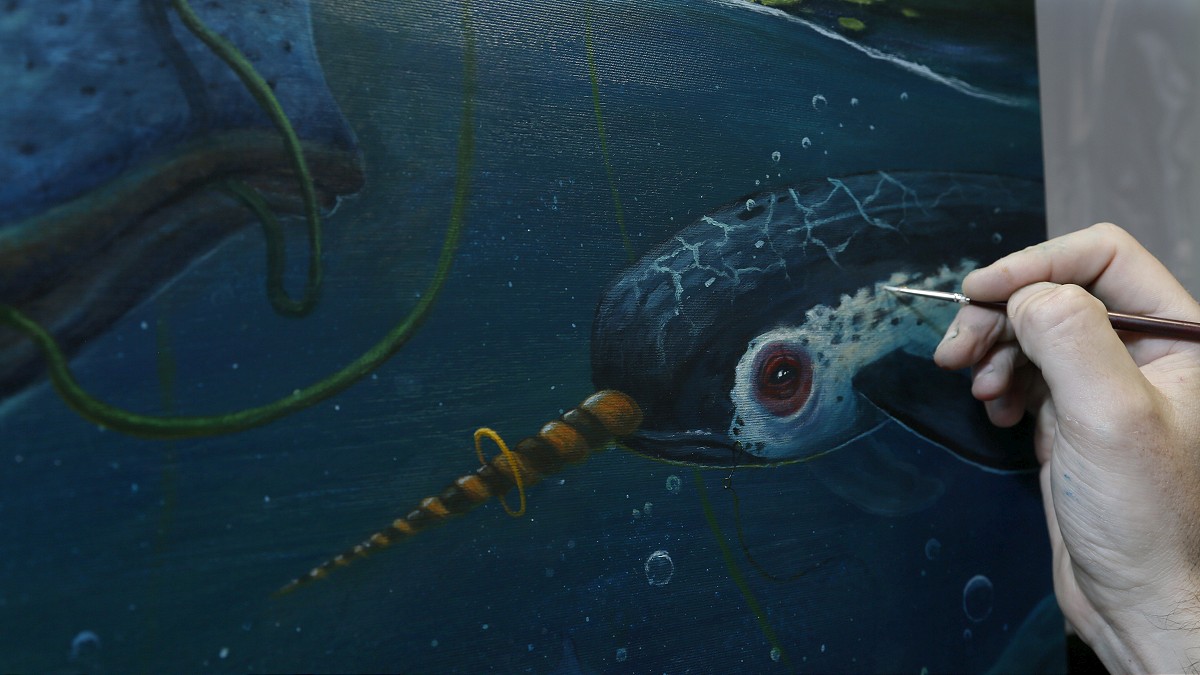 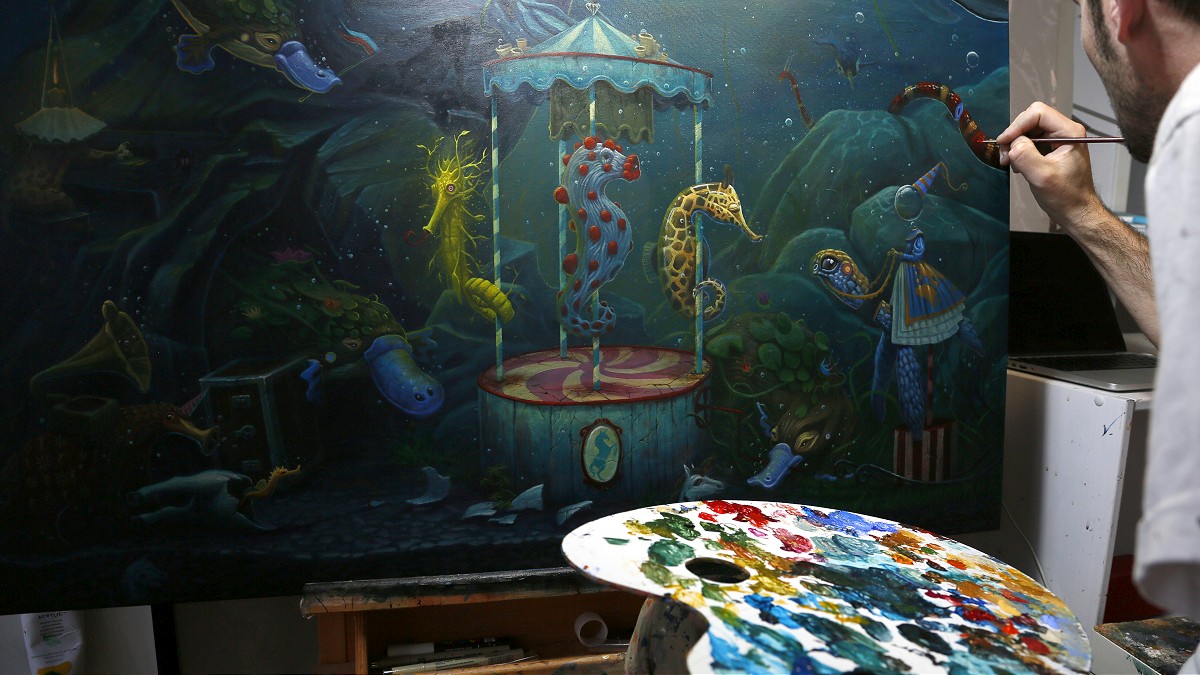 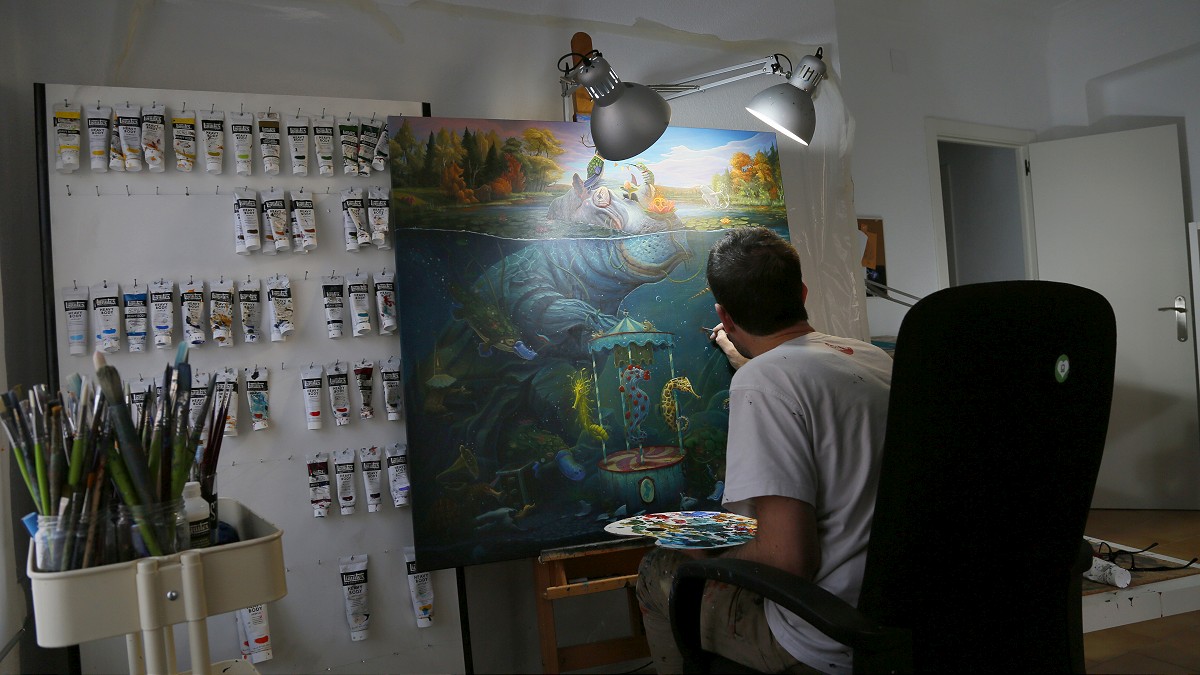 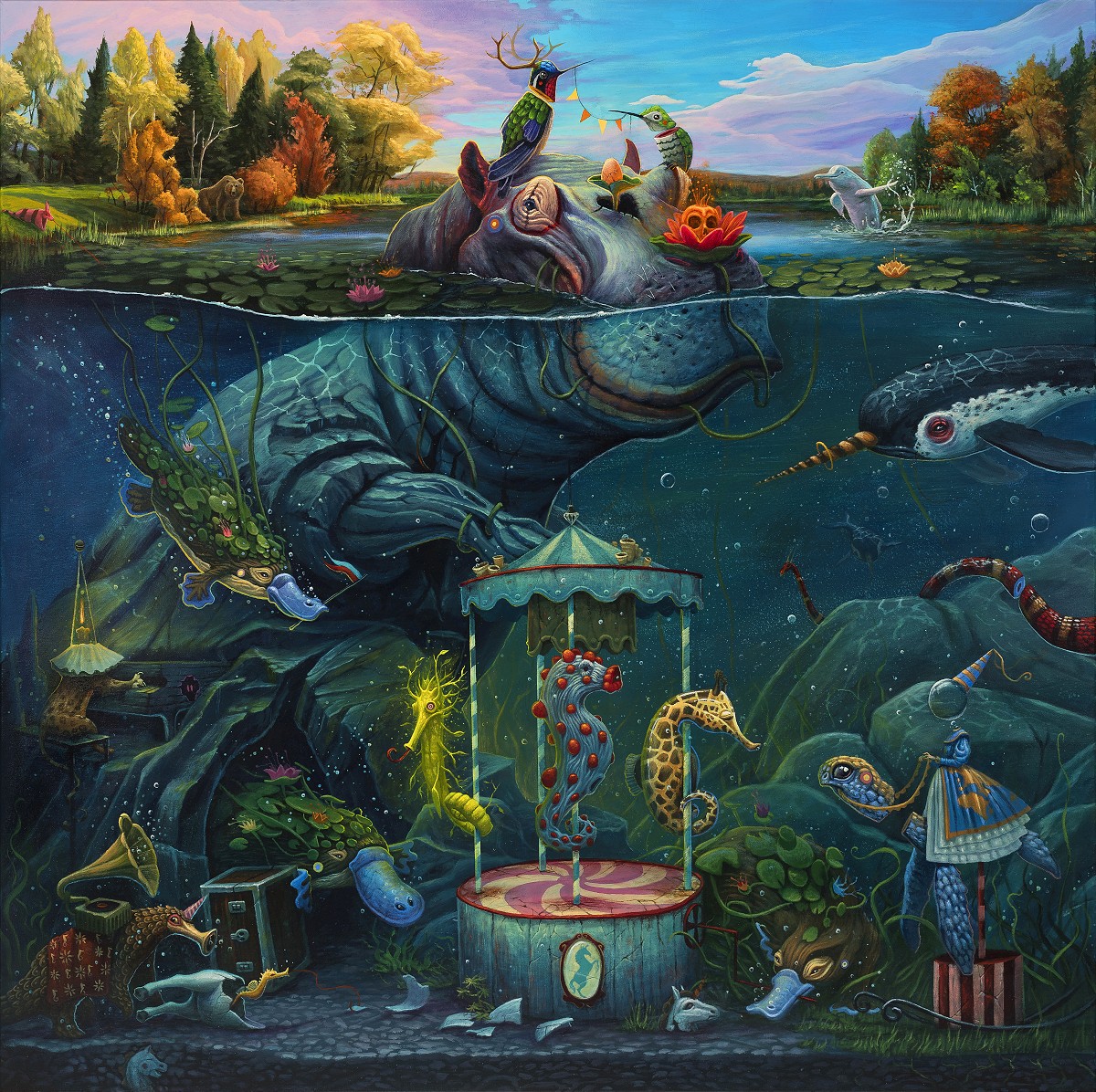