Over the weekend, Cai Guo-Qiang launched one of his signature firework performances in the skies above Florence. Entitled City of Flowers in the Sky, the explosive event was inspired by Botticelli’s masterpiece Primavera and heralds the opening of a massive solo exhibition presented by Uffizi Galleries and covering ten interlinked galleries. The solo exhibition from the Chinese artist is entitled Flora Commedia and features sixty of his famous gunpowder paintings in addition to sketches that document the creative process. Like the fireworks above Piazzale Michelangelo to mark the opening of the show, Cai “uses flowers as a vessel to manifest the spirit of the Renaissance: its desires and pleasures, its connection with nature, the awakening of humanity and its new perception of the human body.”

Cai Guo-Qiang further explains – “The fireworks explode thousands of flowers resembling those of the Renaissance, while at the same time evoke the palettes of Renaissance masters. The Uffizi’s sumptuous collection seems to overflow from its ancient architecture, merging into one with the city that nourishes her… I chose the gallery that faces the Piazza della Signoria in order to facilitate a connection between the drawing within and the society without. I imagine that, for an instant, visitors standing in the gallery will see the Uffizi’s walls fade into transparency, and marvel as the boundary blurs between the artwork on paper and artwork in the sky.” 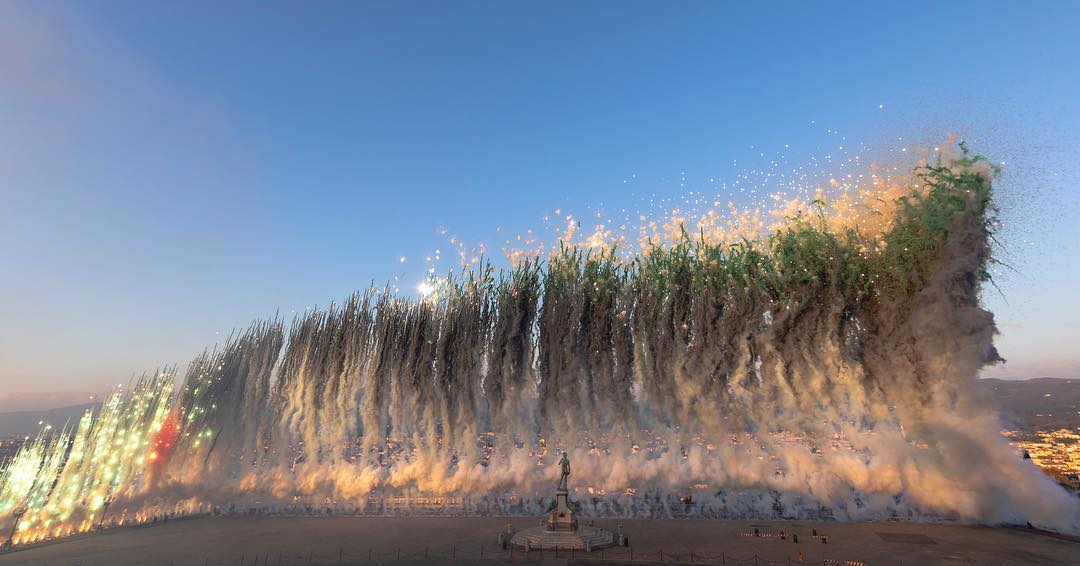 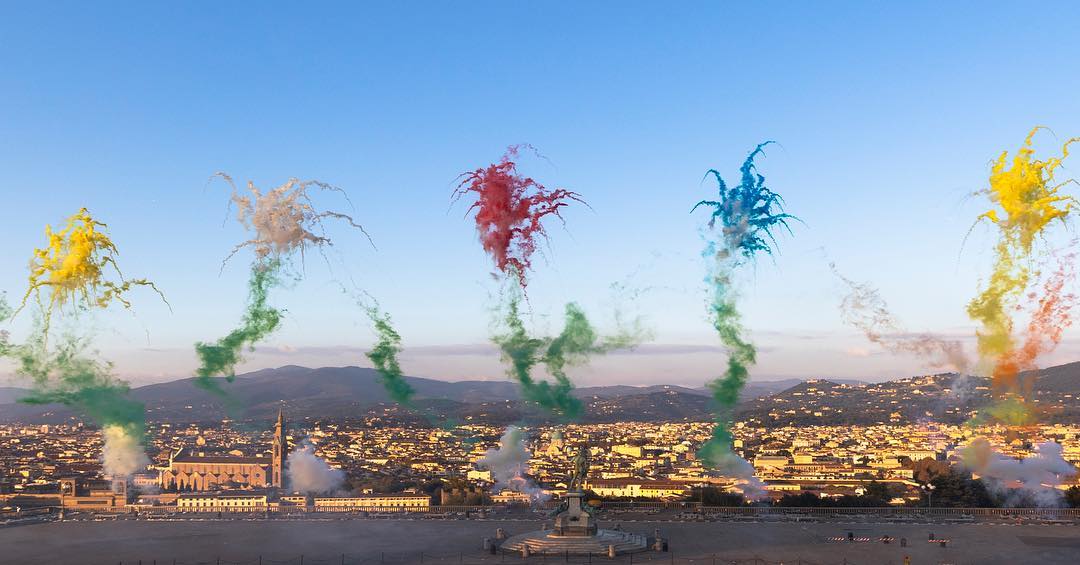 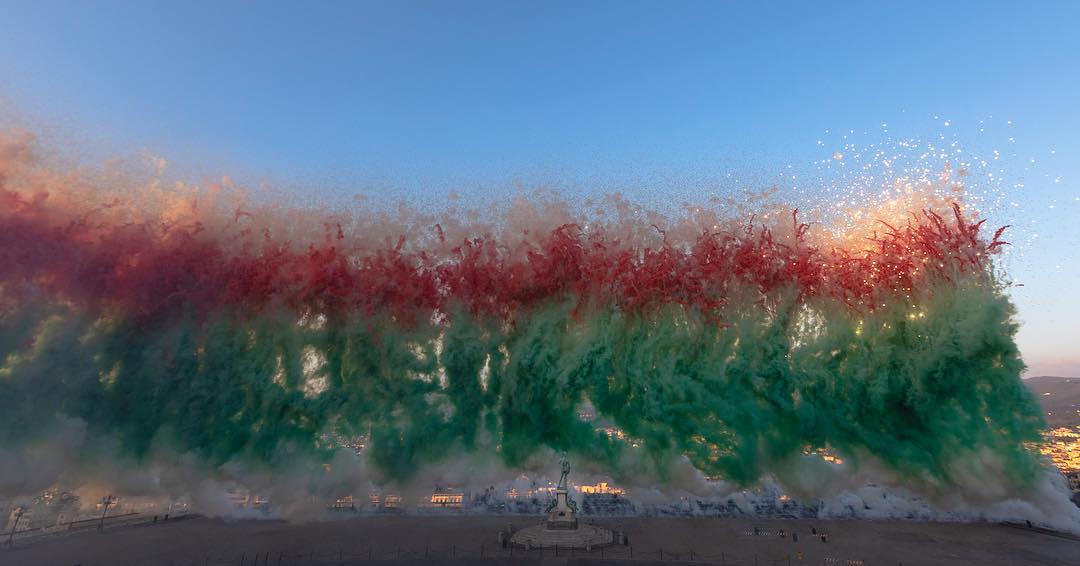 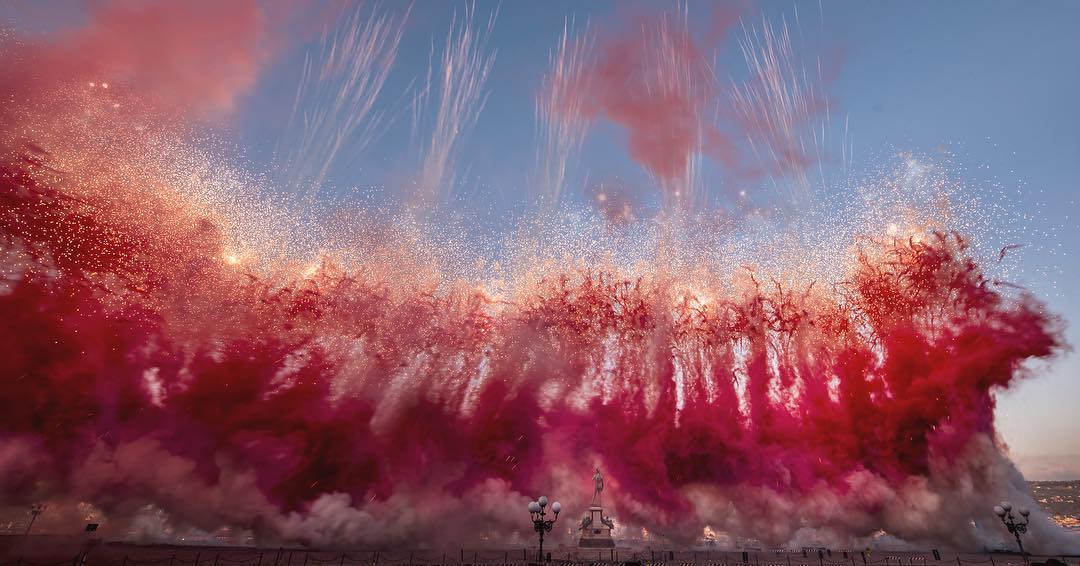