An exhibition of the work of Rammellzee entitled A Roll of Dice closes this week after a two month run at Lazinc in London.

The multi-disciplinary artist originally made his name from the mid-1970s onwards as king of the A Line, painting the subway trains which ran from his native Far Rockaway to the heart of Manhattan. But while other graffiti artists appropriated military terminology such as ‘bombing’ to describe their artistic actions, Rammellzee considered writing to be a literal act of war. The Gothic Futurist sought to give the sub-culture a scientific and historical backbone which lay somewhere between a scientific theorem and quixotic mythology. He believed that the medieval monks who illustrated gothic manuscripts in the 14th and 15th century deliberately embellished them to the point of abstraction so that the Pope could no longer read them, with the intention of wresting power away from the church’s elite. And in his own words, graffiti writers’ work was ‘…only finish[ing] the job that the monks had started.’  His treatise went on to assert that there is a war of words; not a figurative war based on knowledge and the power of words to persuade but a real intergalactic conflict where language is an essential tool that must be weaponized and deployed. In his eyes, wildstyle wasn’t an aesthetic embellishment but the actual arming of letters; for example, in the current exhibition Atomic Note Maestro Atmosferic contains elaborate swashes, serifs and spurs on the letters which serve as hooks, blades and bludgeons for fighting the battles still to come.

But Rammellzee also saw letters as our salvation: if only we could solve equations like the one laid out in an untitled work from 1986, then he believed we could understand how each letter was constructed; this, in turn, would unravel information hidden within the structure of each letter which could be used to allow us to leave our earthly prison and ascend to the stars. Much of the New York artist’s work includes ephemera that he scavenged from New York’s streets like the cryptically named W.C. Fields Talking to a Rat in his Dreams which includes a toy ray-gun, a hatch door and various fragments from posters. Both sculptures and complete samurai-like costumes were constructed from this detritus and it seems clear that this has been a strong influence on Bäst and PINS’ collaborative work over recent years. The exhibition focuses on the artist’s paintings but a number of these nevertheless contain references to his wider and varied output; drawings of his Letter Racer sculptures can be seen in works like The Only Way to Heaven from Hell and images of his performance art is captured in several works including How To Make A Bomb.

Rammellzee’s obituary which appears in the LA Times after his death in 2011, concludes with the cogent assertion that; ‘It remains unclear whether he was born 600 years too early or 600 years too late. We probably won’t know for another 60. But right now, it’s evident that no style was wilder than Rammellzee’s.’ 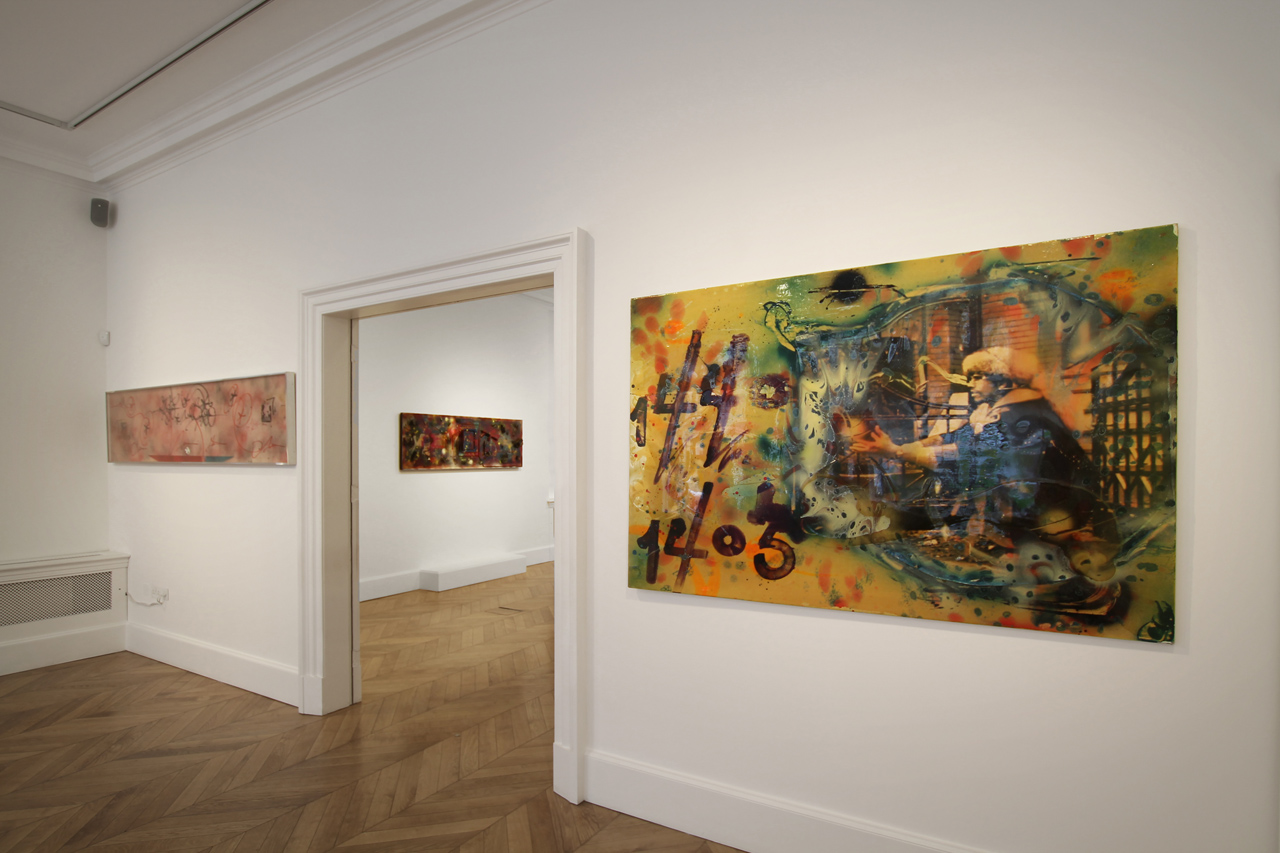 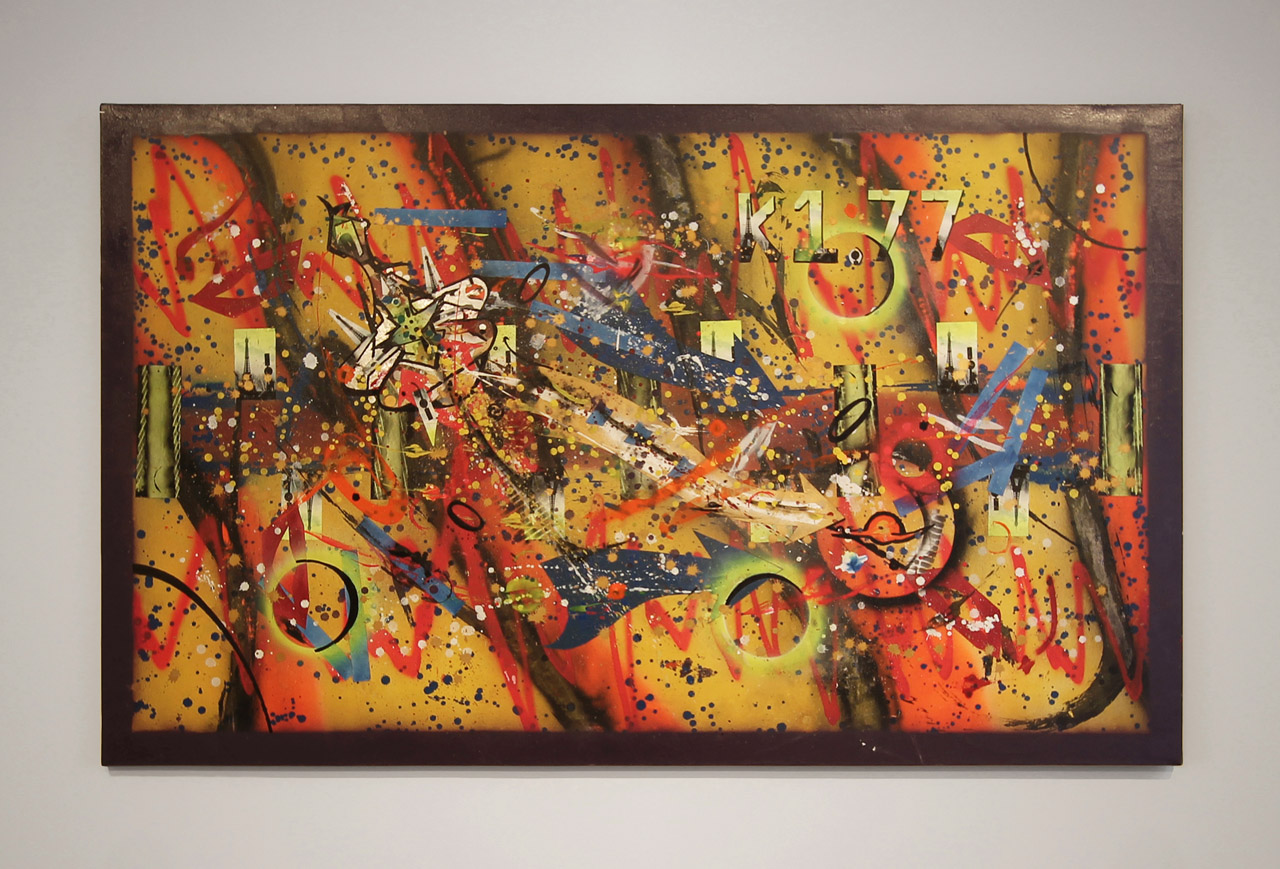 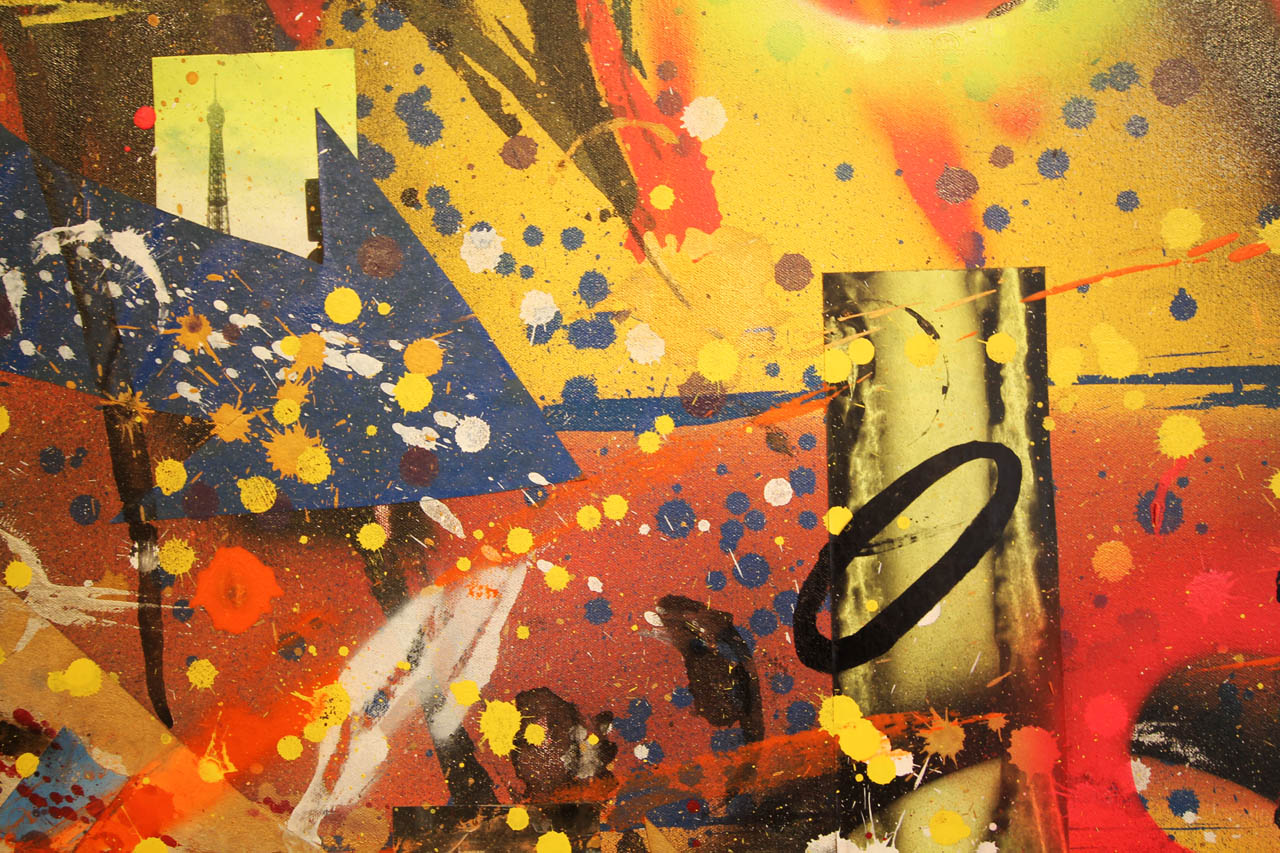 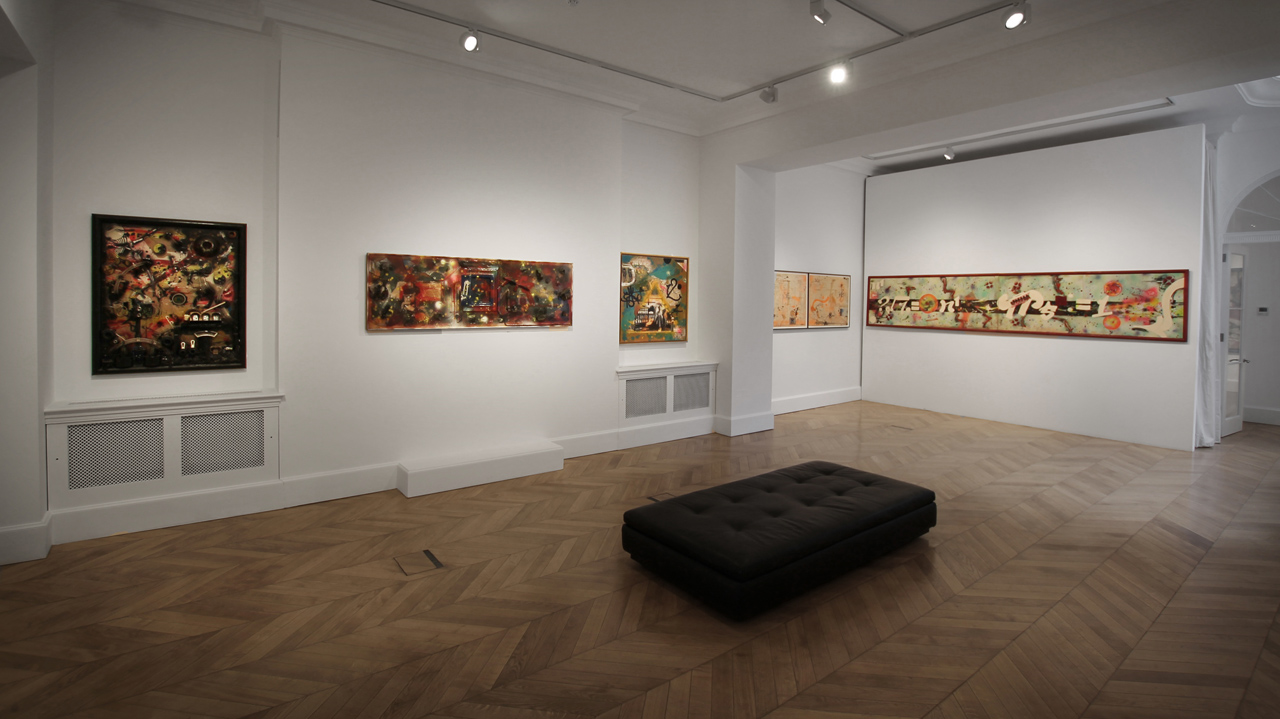 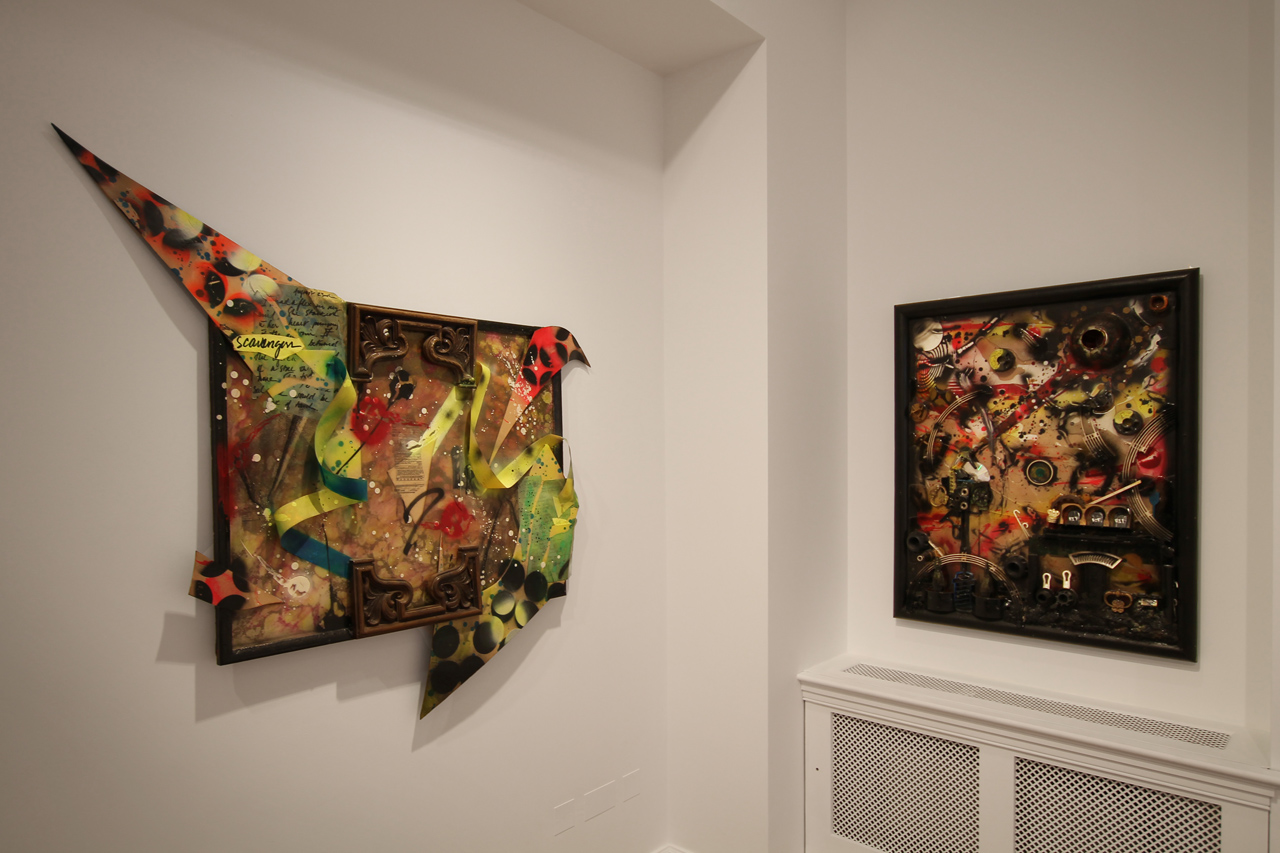 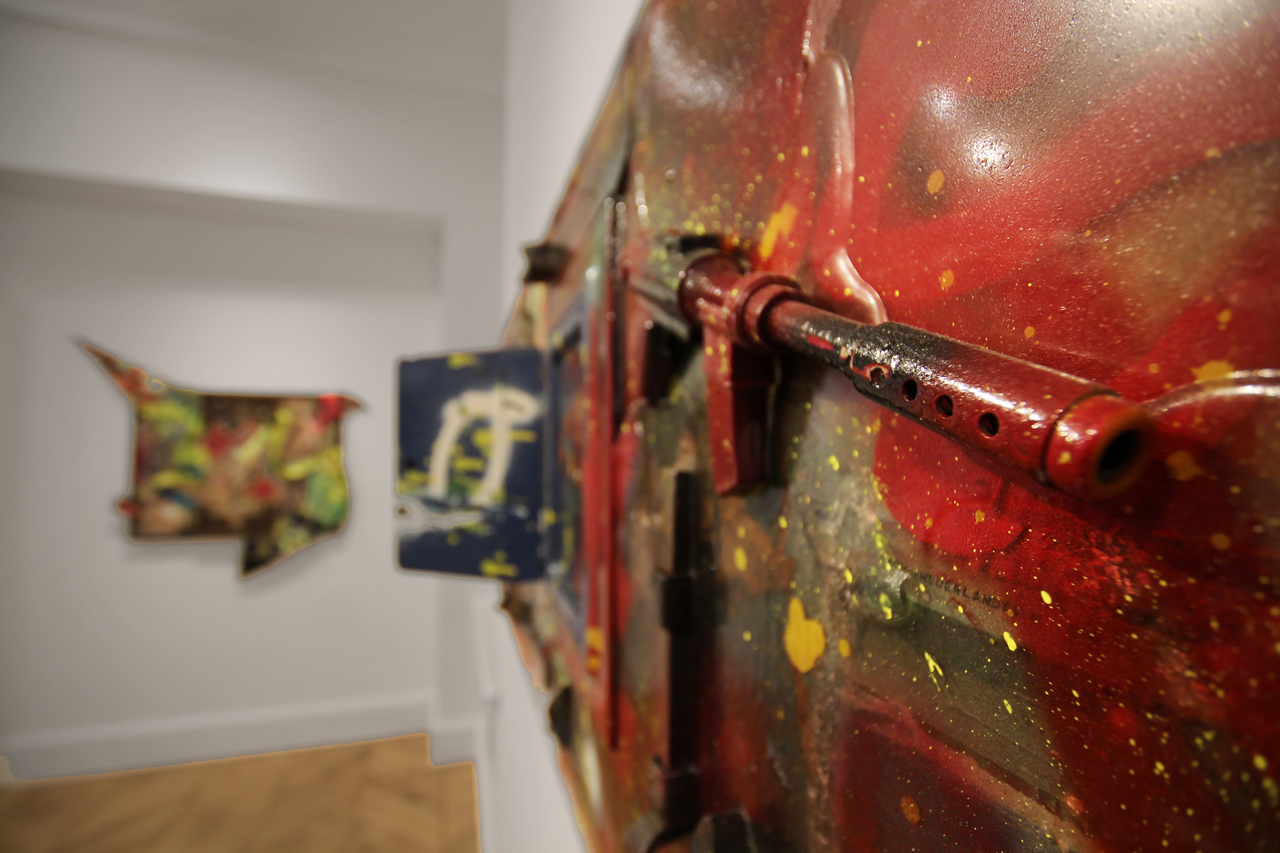 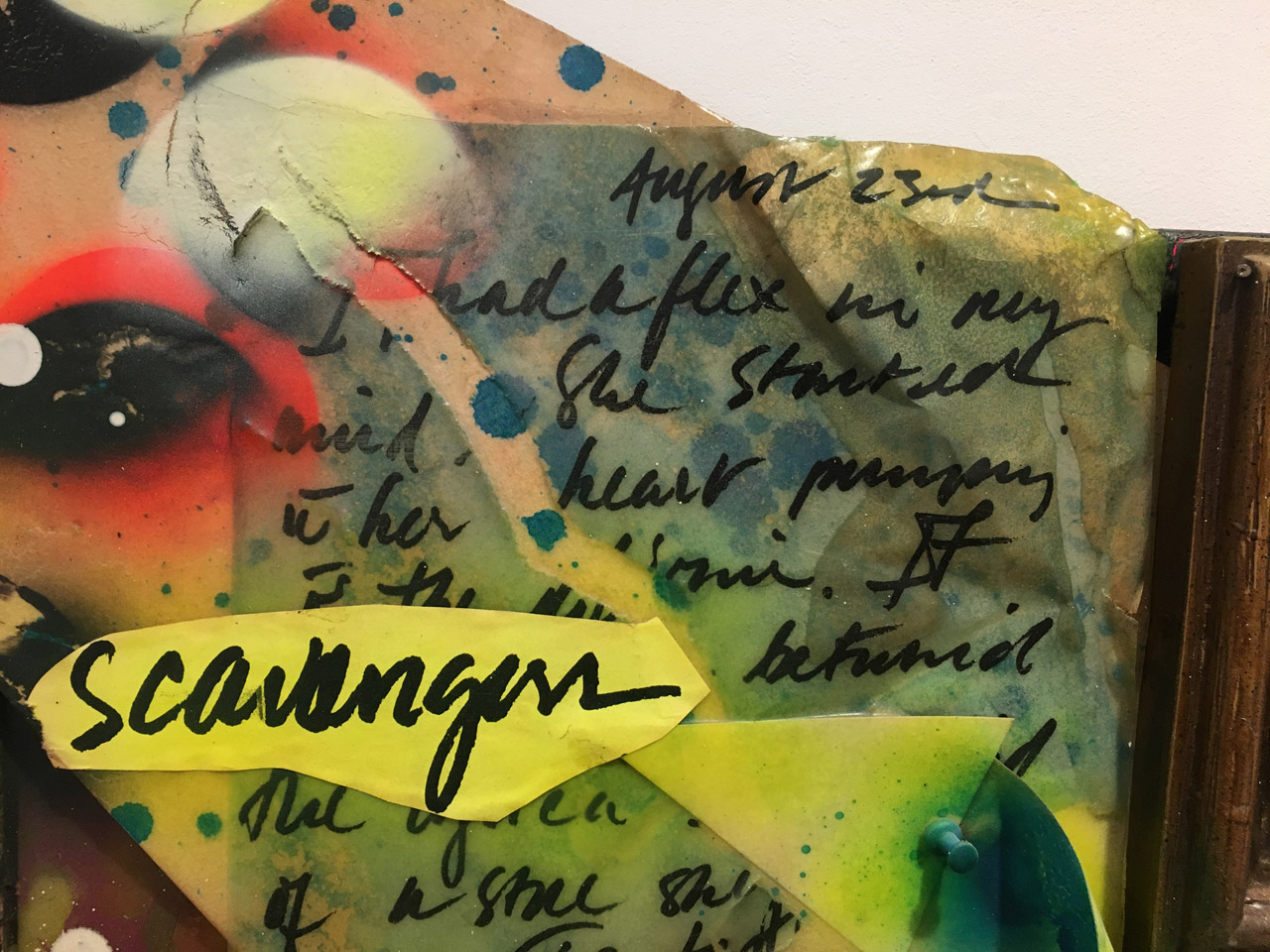 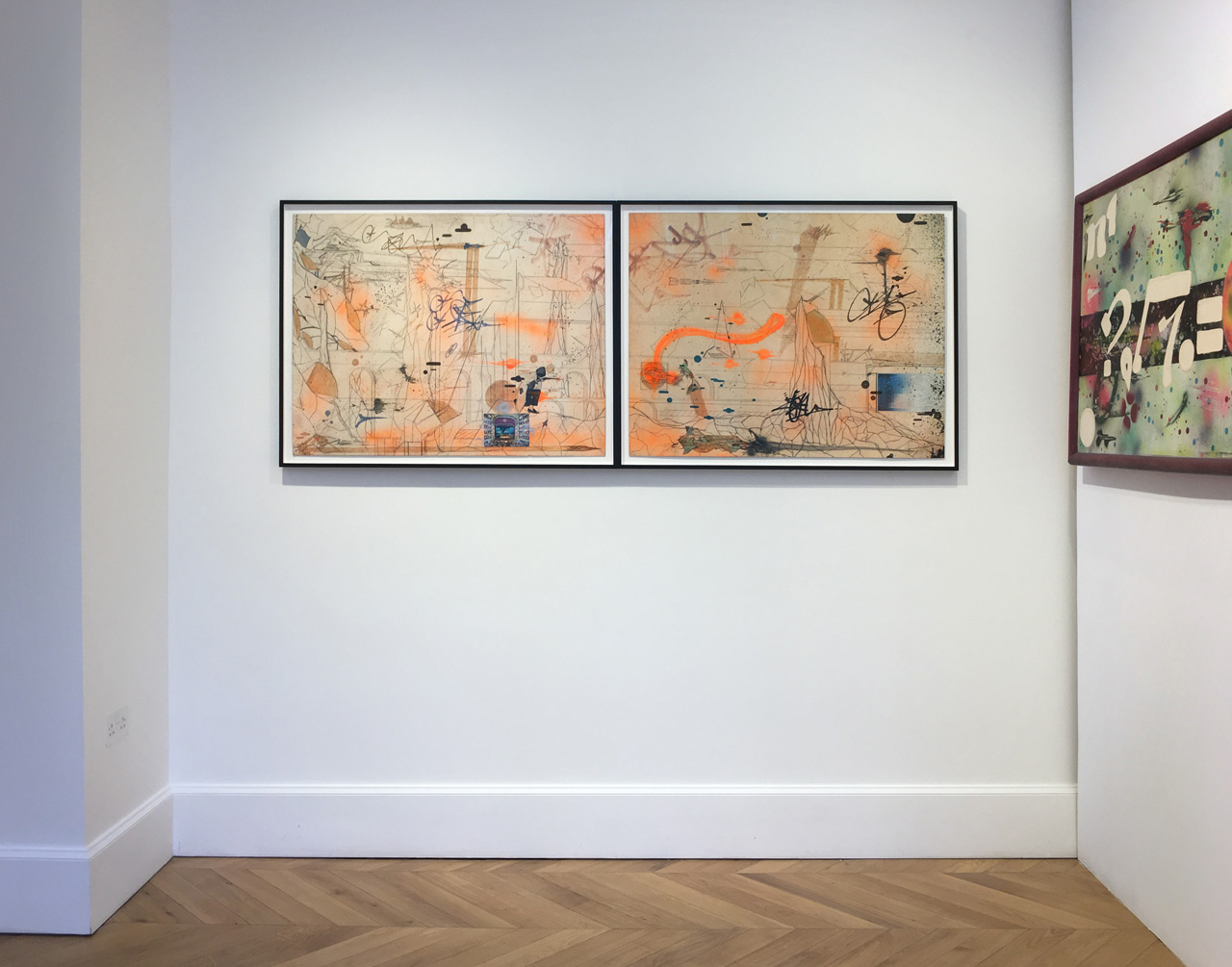