Returning for her first London exhibition in three years, Katrin Fridriks is currently exhibiting a new body of work at JD Malat. The show, entitled Grey Area, consists of 30 works which both span a wide area of her existing practice and introduce new elements and techniques.

As a starting point for the exhibition, the Icelandic painter has taken inspiration from Nikola Tesla who sought to harness the world’s potential through an understanding of frequencies and vibrations, which were largely incomprehensible to people in the 1880s. For him, this led to the discovery of alternating current which ushered in the Electric Age and, over seven decades since his death, these phenomena remain central to the expansion of our understanding of the universe; for example, String Theory seeks to explain all the fundamental forces of nature by describing the elementary particles based upon their differing vibrations. In String Theory, the mathematics that underlays the hypothesis works but it still hasn’t been experimentally proven; this illustrates the unobservable grey area which exists between established science and illusionary fiction and which is the central topic of investigation in this show. Works from the Interstellar series give the impression of fingers reaching out into the great unknown of Space, beyond the furthest reaches of the Hubble Telescope.

In Metempsychosis Transmigration of Souls, the Icelandic artist addresses what happens when we shuffle off our mortal coils. The paint changes from thick, viscous flows to fluid splashes of color as it travels over the surface of the canvas and into new sections of the installation. In doing so, the work captures the unknown posthumous future that awaits us all, whether that is our souls transmigrating into another body or simply our molecules being recycled into new forms as our bodies decompose. The six hexagonal canvases which make up Tryptamine have been arranged in a circle which replicates the indole ring structure of the chemical from which the work’s name is derived. Tryptamine has been synthesized into a hallucinogenic drug and this is one of several paintings in the exhibition which touch on the search for a higher state of consciousness through the use of psychedelics. A parallel exploration elsewhere in the exhibition looks into the meaning of the naturally occurring and non-chemically induced hallucinations which some people experience as they pass from wakefulness to sleep.

As the title suggests, the show is dominated by monochrome; however, color does play an important role in punctuating the ideas which are presented. The VALIS diptych references Philip K. Dick‘s novel of the same name, where the main protagonist receives visions from God which appear to expose hidden truths about the reality of life on Earth. But the author also raises the specter that these visions are merely schizophrenic hallucinations and Fridriks presents this conundrum to the viewer through these two paired-canvases; one rendered in saturated color which suggests theophany and the other in shades of black and white, pointing towards the rationalist explanation for the visions. All colors are light emitted at specific frequencies and, consequently, the selective use of color throughout the exhibition also serves as an important link back to Tesla and his preoccupation with frequencies. 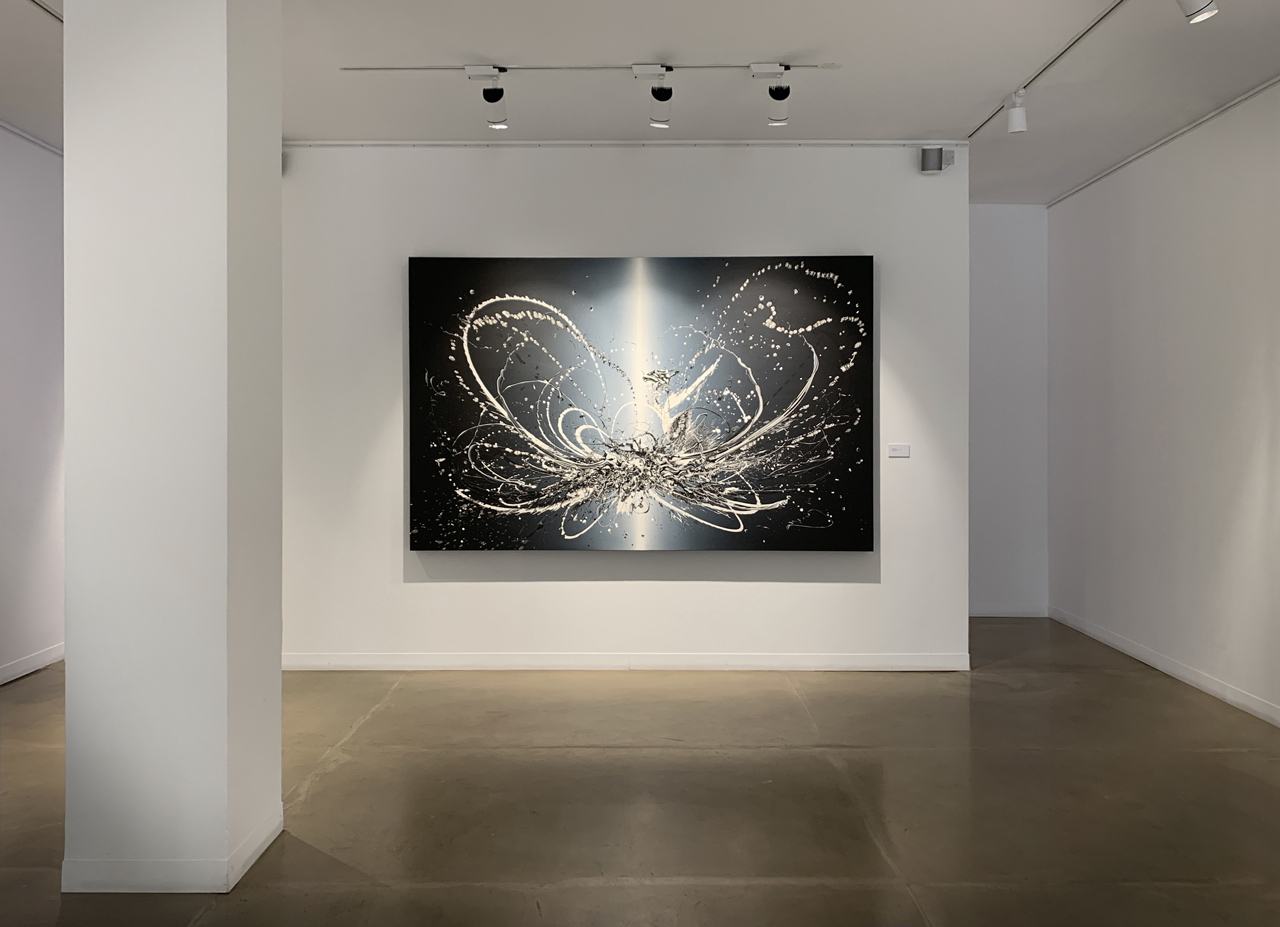 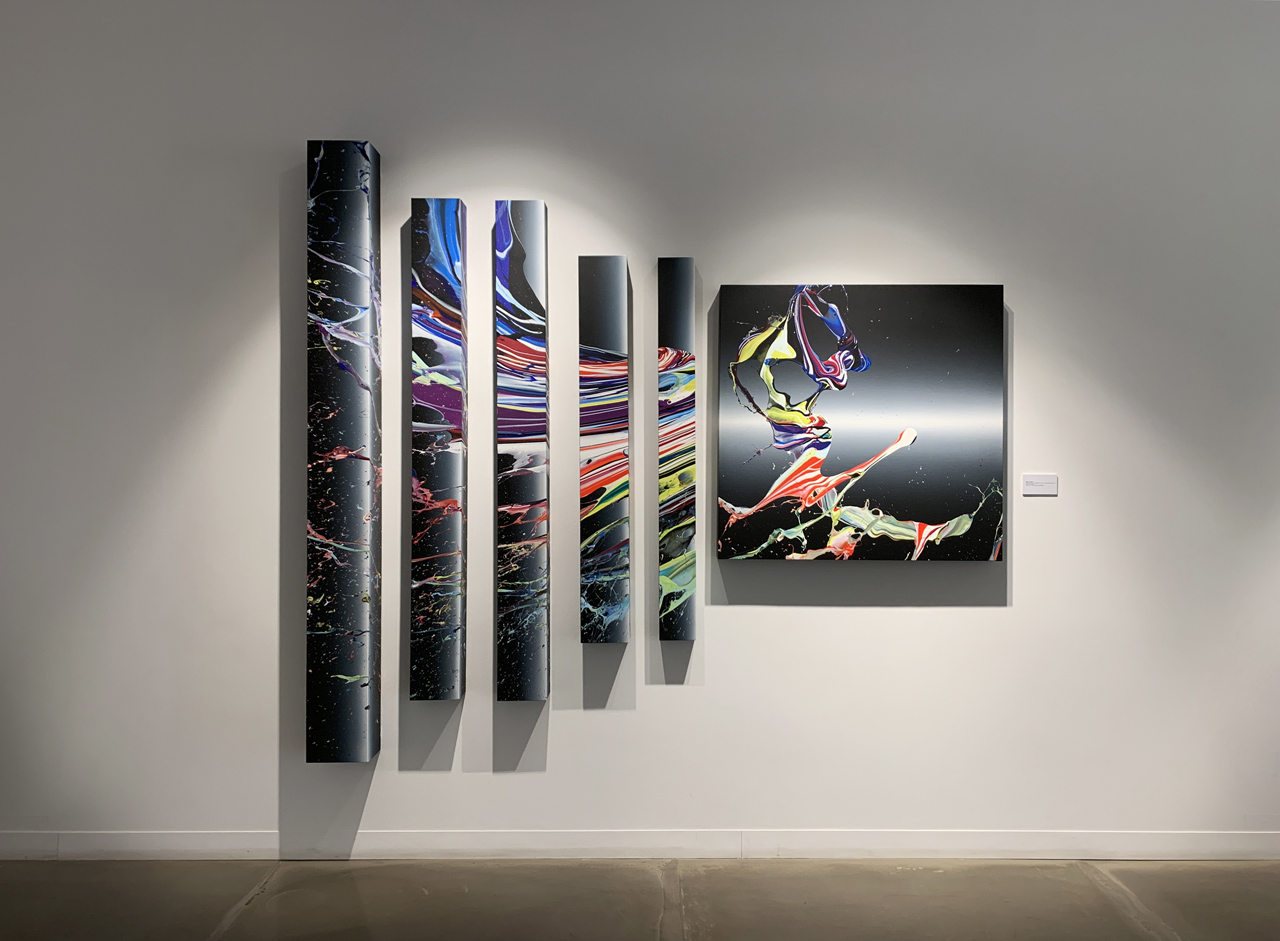 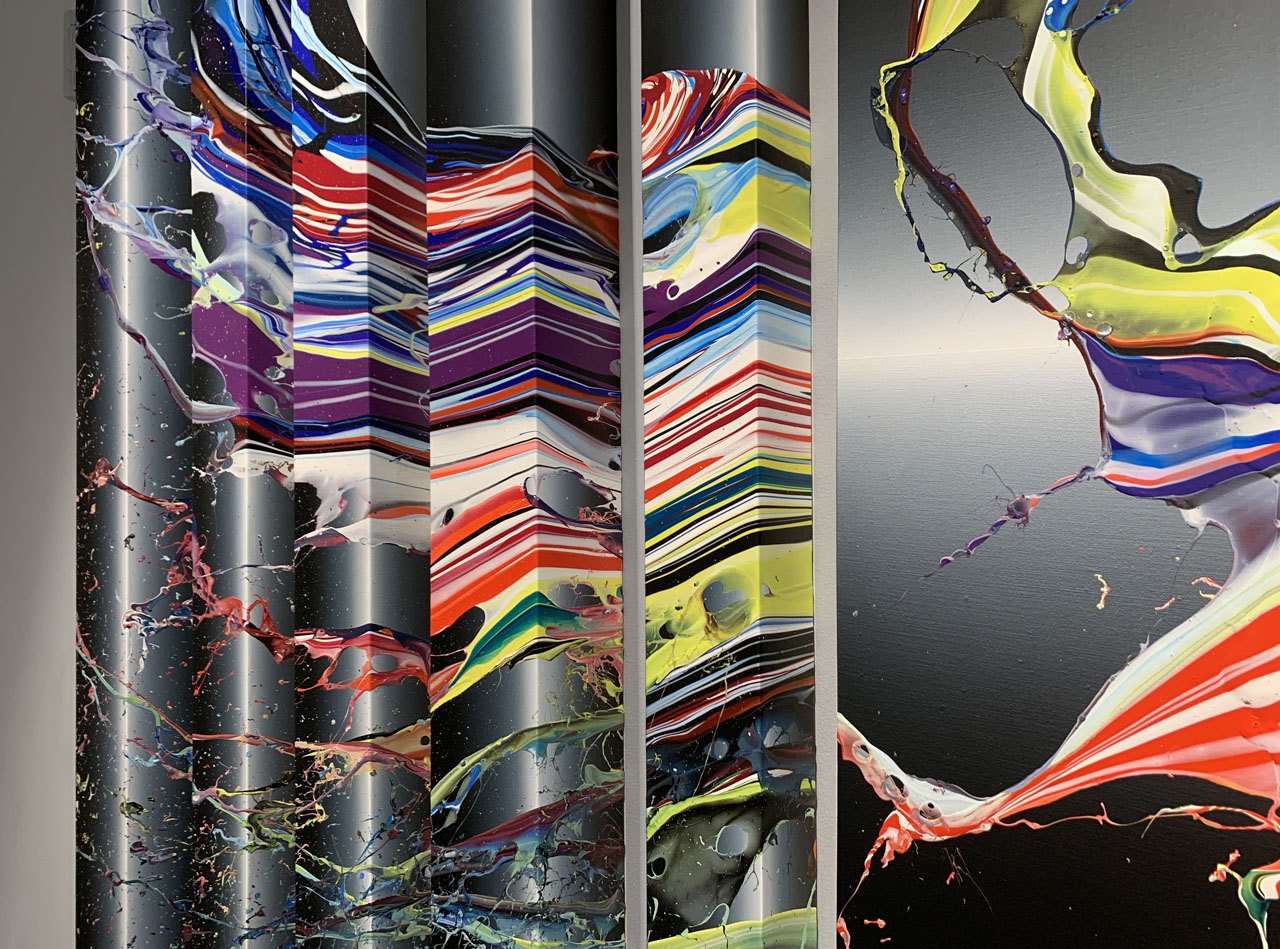 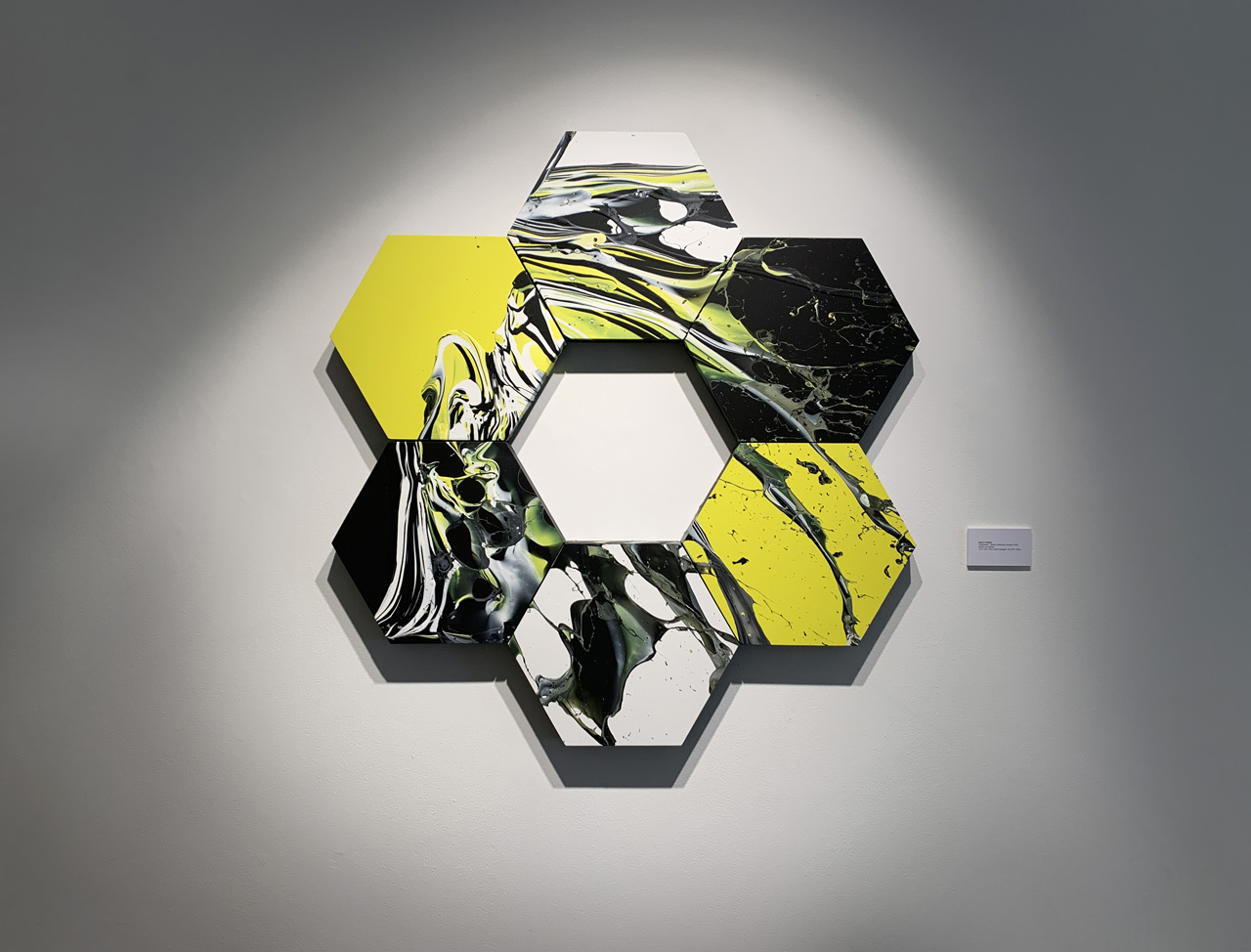 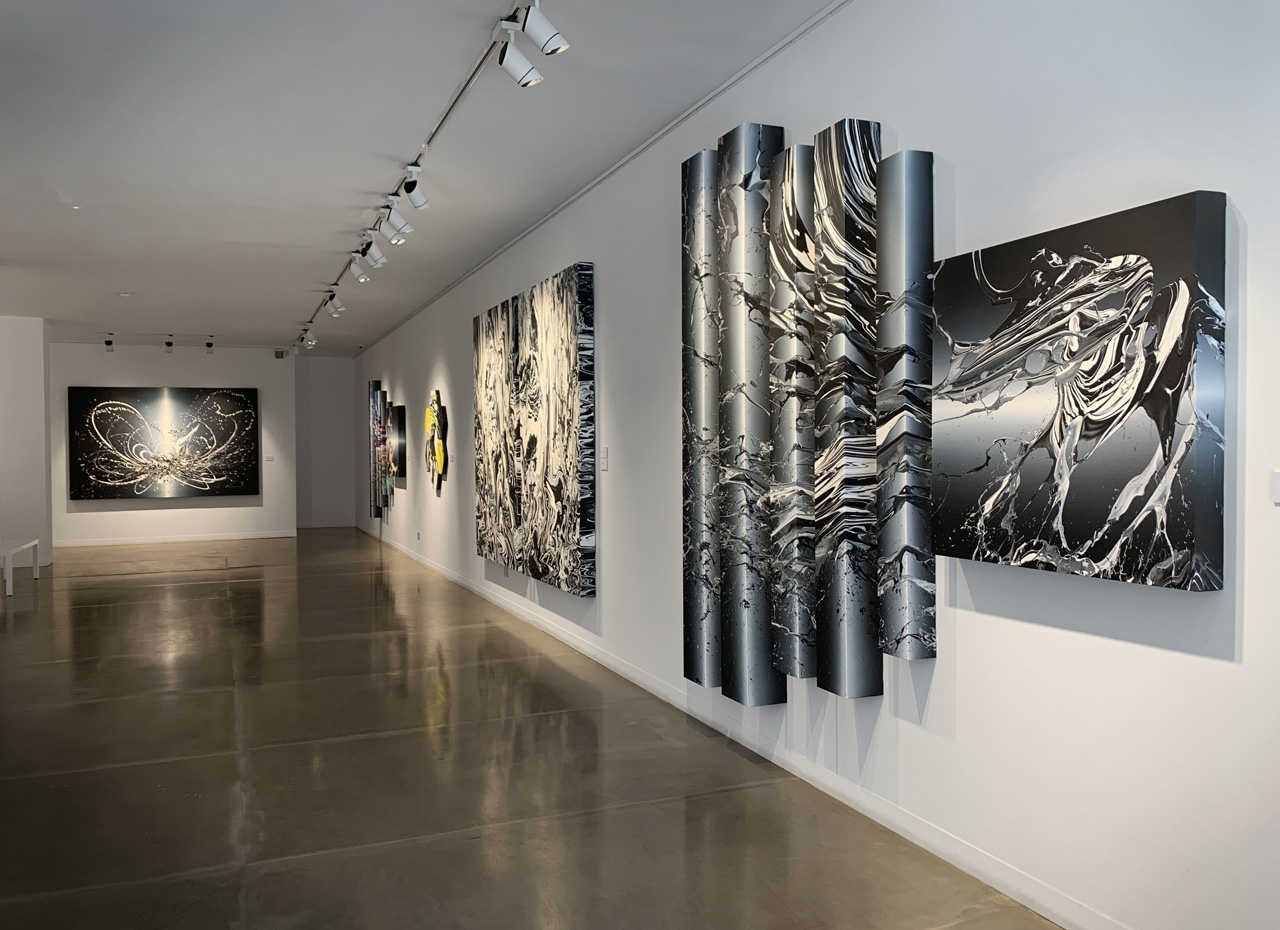 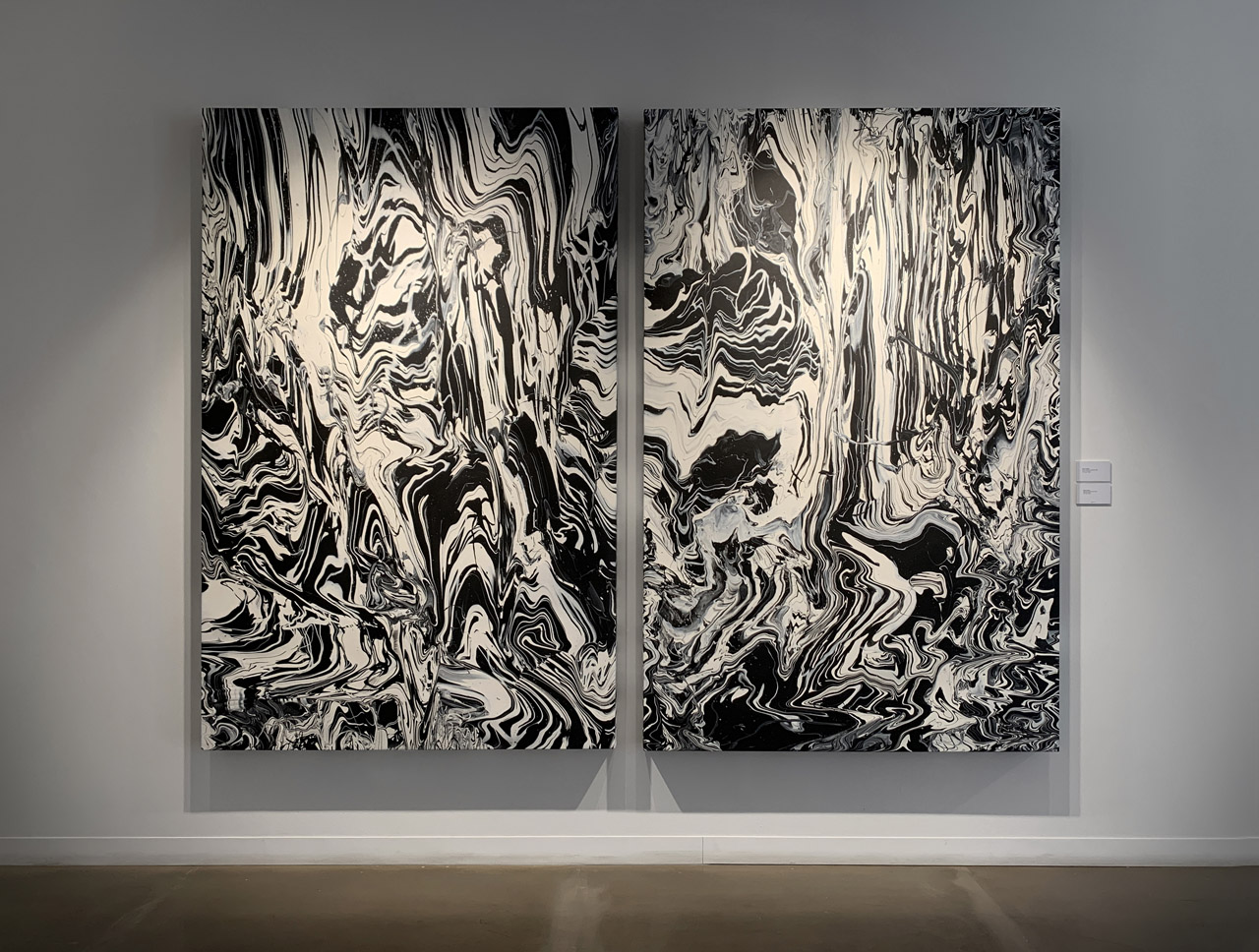 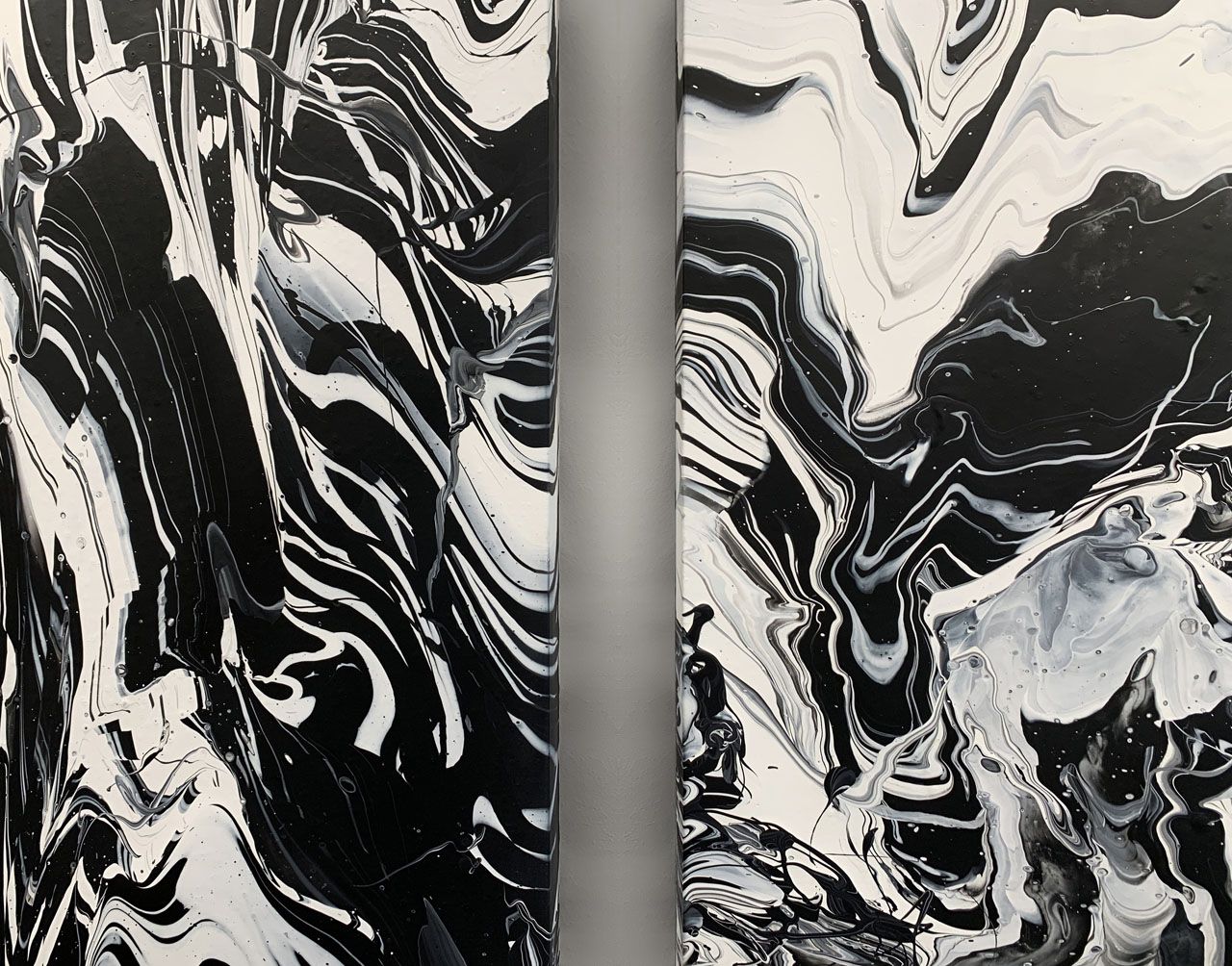 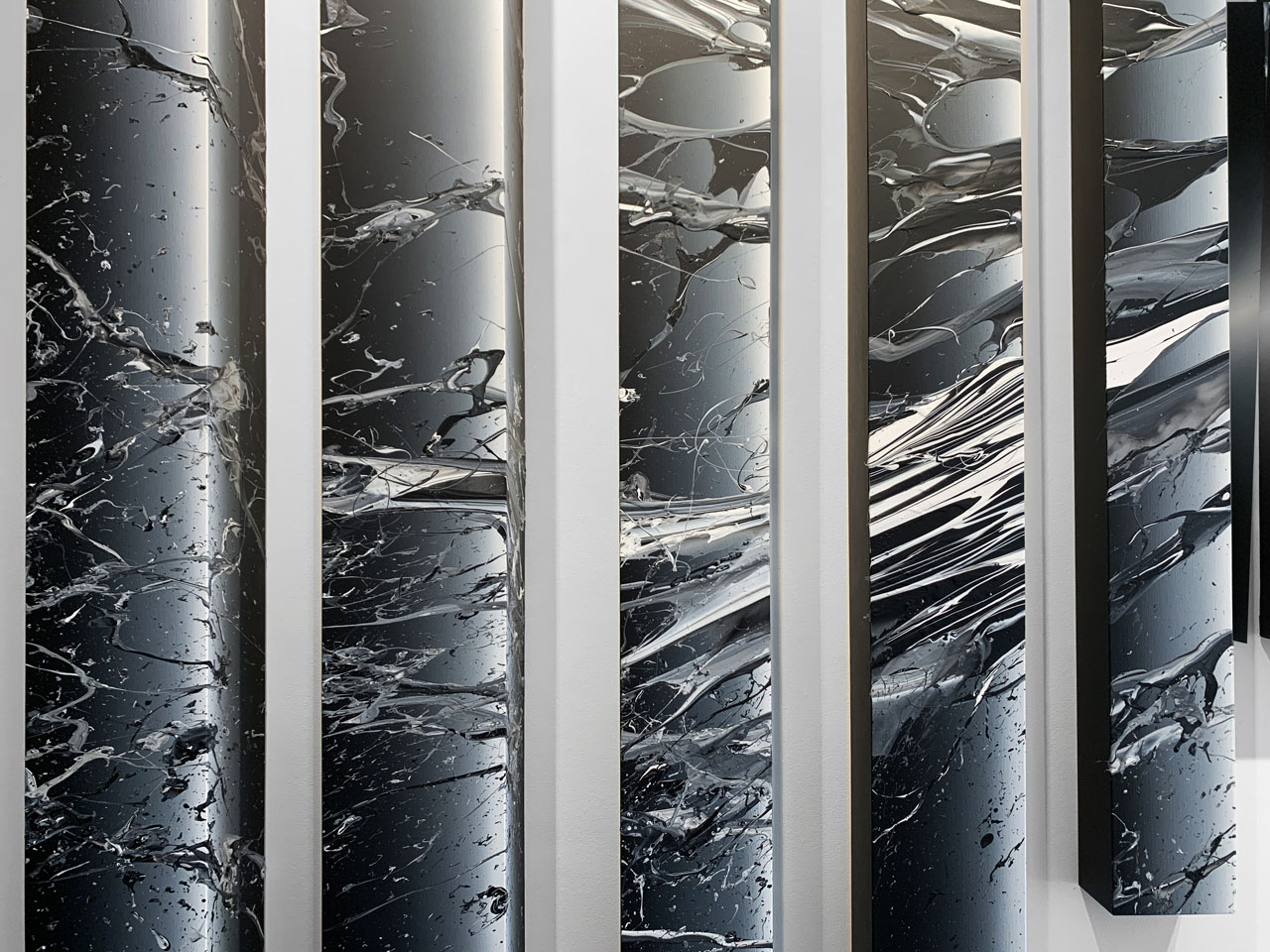