Working in Toulouse for the third Rose Beton Festival (see 2016), Mark Jenkins (interviewed) has created a duo of striking installations so far (with two more to come). Utilizing the human form, the American artist stages disconcerting urban interventions of which these first two pieces are prime examples. The first is what seems to be a girl with her face hidden by her hair hanging from a swing from the Saint Pierre bridge while the second features his signature hooded figure blending in with the statue of Pierre Goudouli at Place Wilson with a fishing pole attached to  what looks to be a drowned body. Of course, to Jenkins his work is all one big social experiment – “I like getting people to question their surroundings, what is real and what isn’t… So at the beginning, I was collecting social data about people’s reactions. But six years later, these images are more about poetry, of capturing a magical moment.” 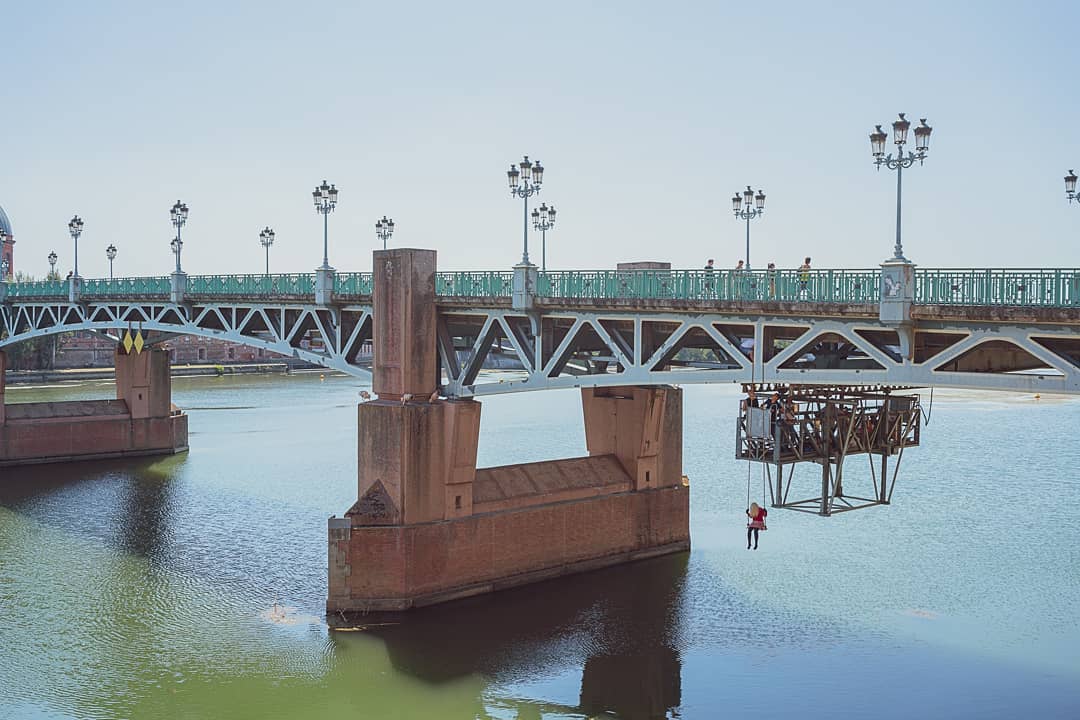 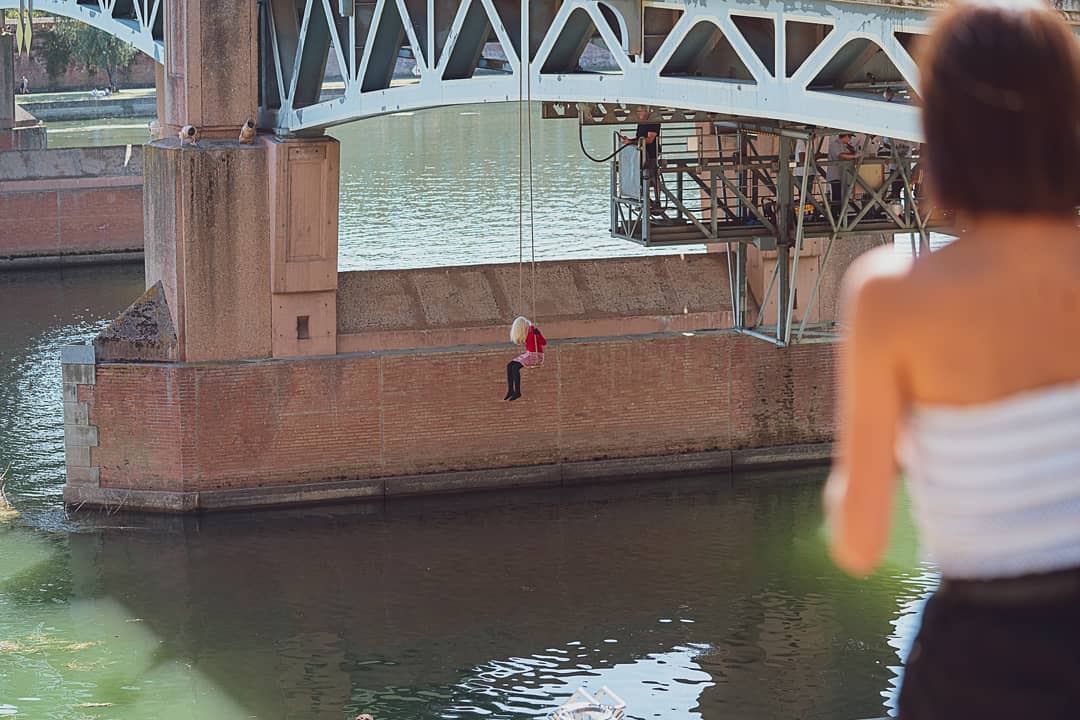 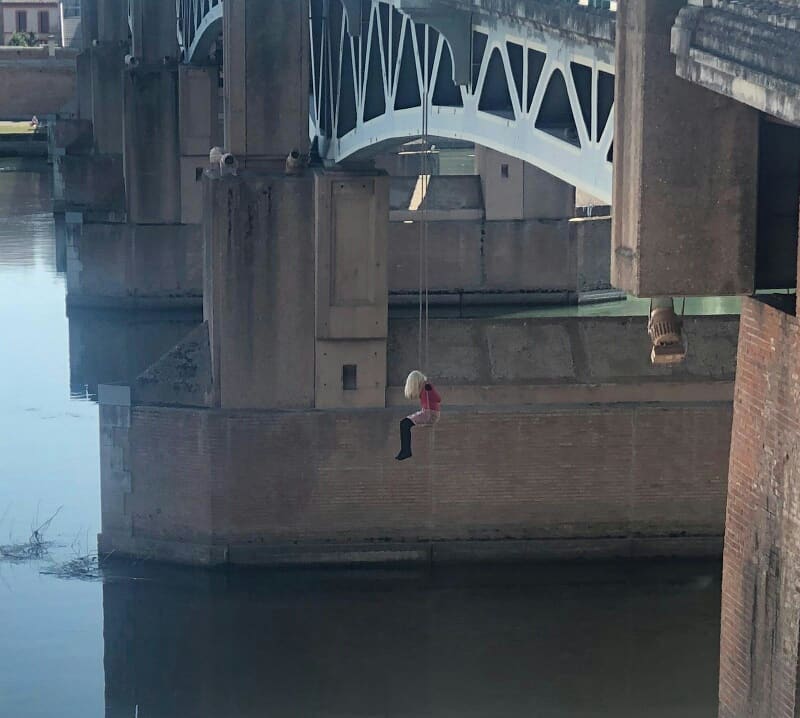 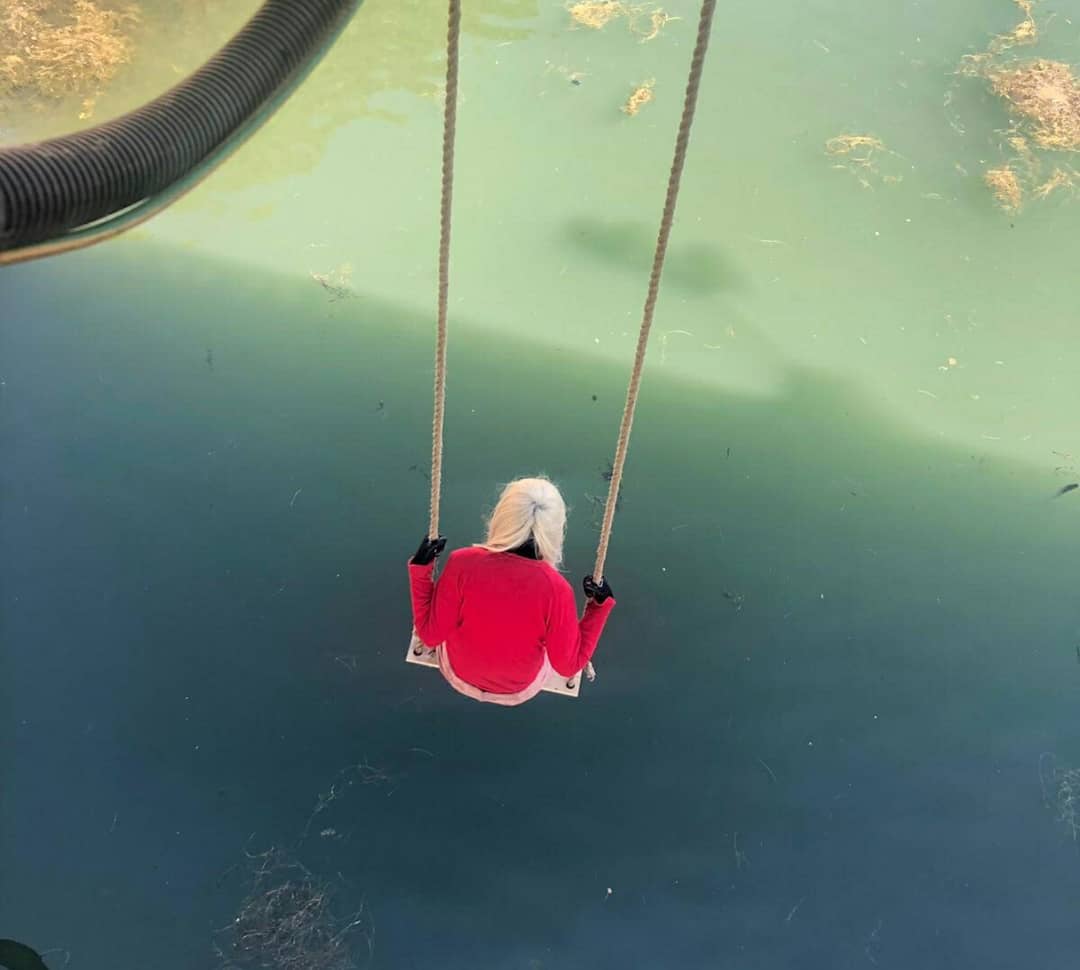 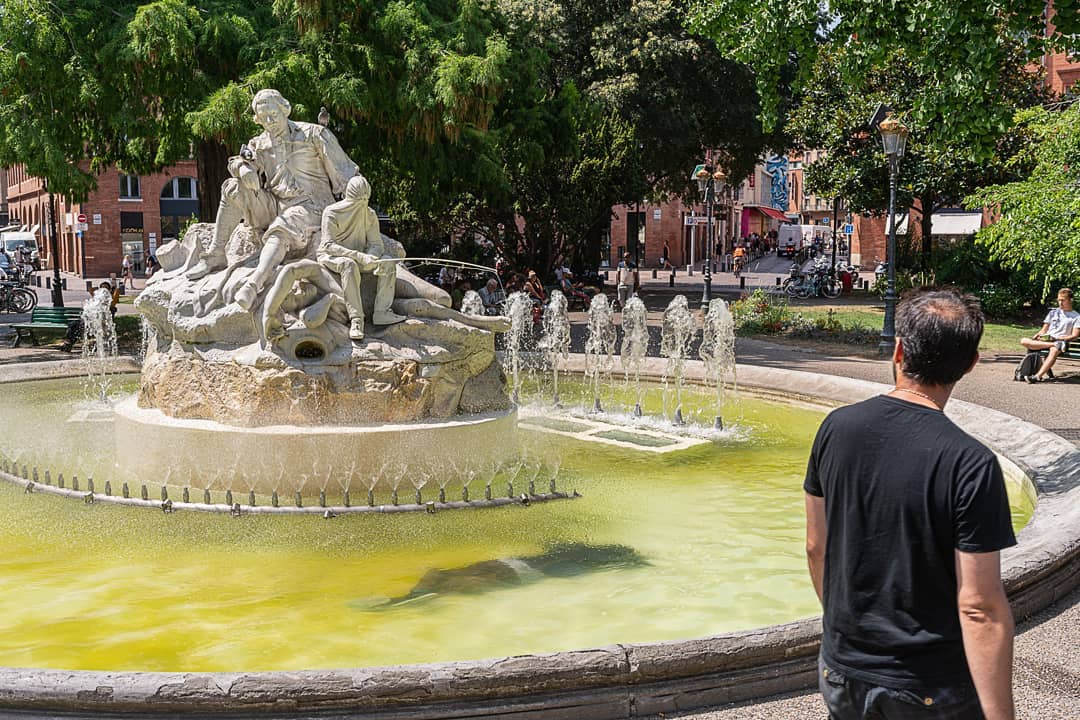 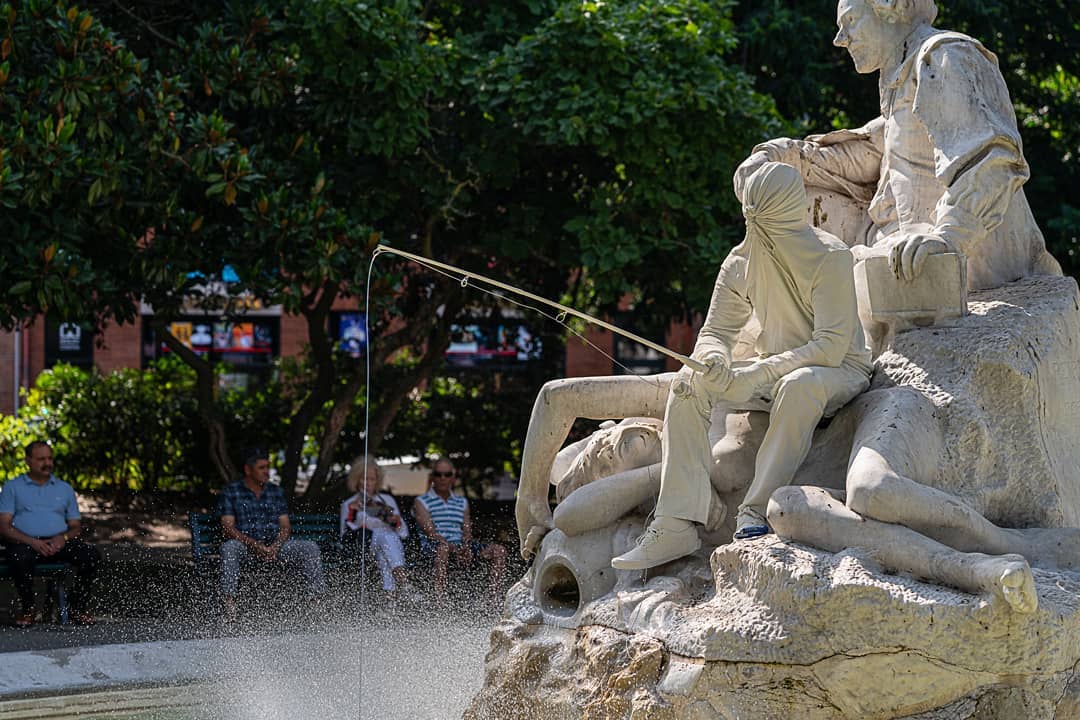 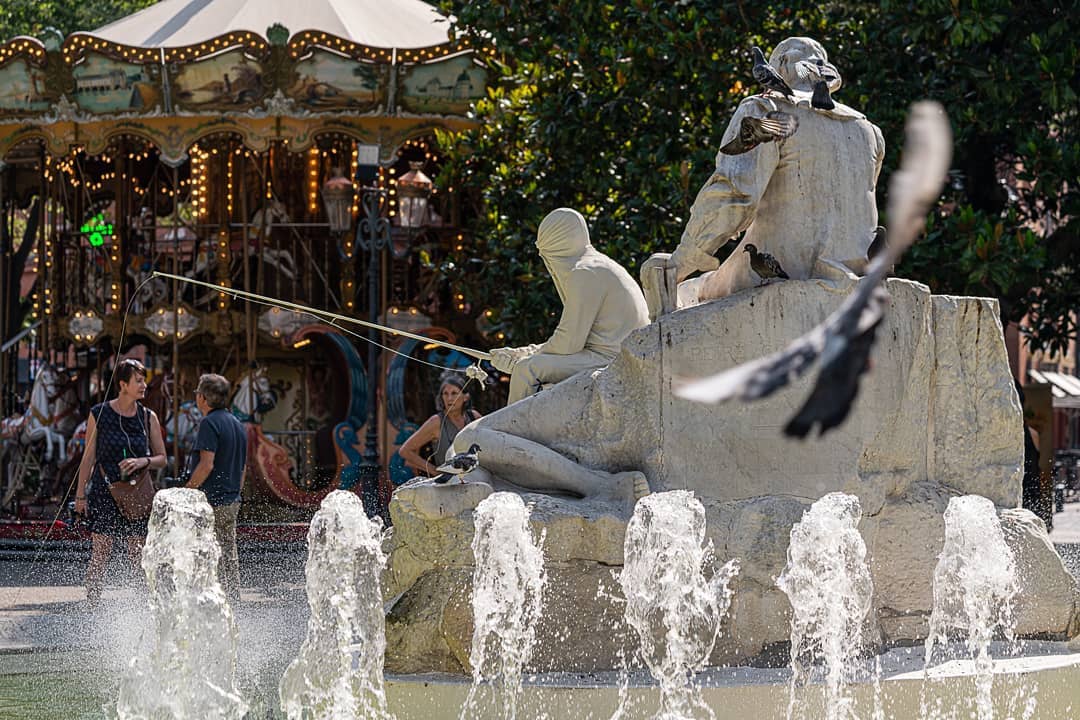 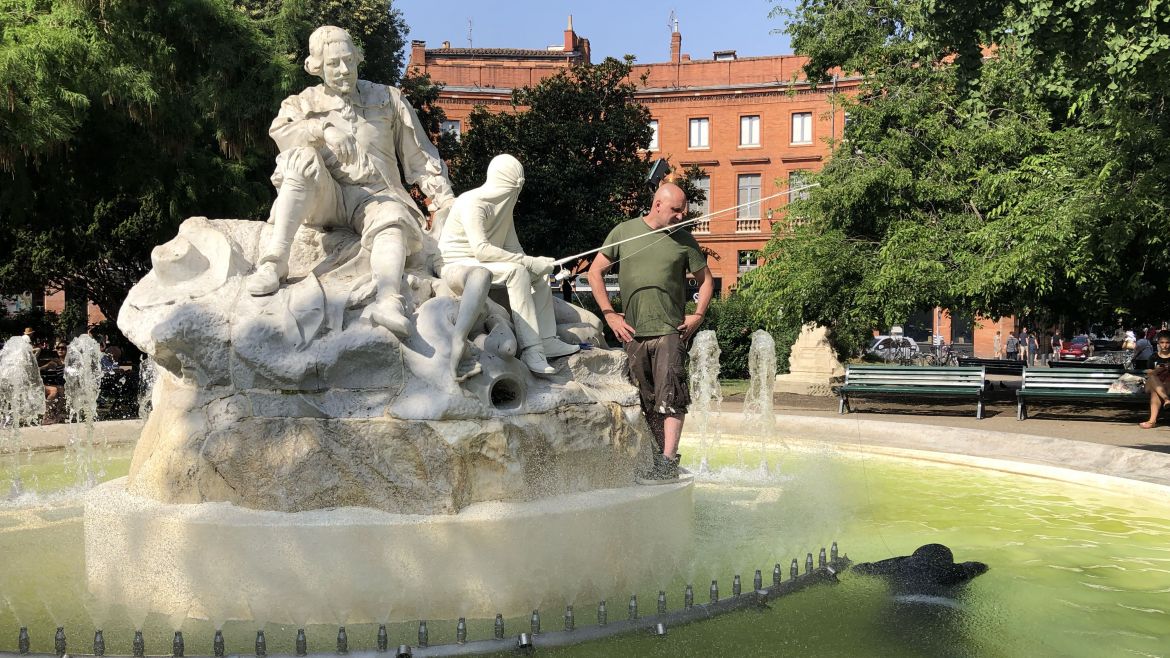