Currently on view at Dorothy Circus’ recently opened London space, Pale Moonlight Muses presents a series of sensuous portraits by leading street artist Miss Van. The paintings are smaller and more intimate than those which we have become accustomed to seeing from the Toulouse-native. The seductive finish to the paintings and the blue velveteen walls on which they are hung have the effect of physically drawing the viewer in closer to the works which, in turn, triggers a heightened emotional response and connection. The canvases range in tone from Pale Moonlight Muse V, whose heavily rouged cheeks and intense blue backdrop exudes a sense of illicit bohemia, to Pale Moonlight Muse III, whose porcelain complexion and refined features are reminiscent of the harmonious nature of Botticelli‘s earlier paintings.

Throughout the history of art and literature, female muses have invariably faired immeasurably worse from the relationships than the male artists and writers who they inspired, as attested to by Victorine Meurent, Zelda Fitzgerald and many others. However, this exhibition is deliberately and positively emancipatory and breaks from that past. Elements of the women shown have been informed by observing other people, but there is also a strong sense of introspection and it is clear that Miss Van has also looked deep within herself to find her inner muse. Superficially, this manifests in the wavy hair which resembles her own and is present throughout the body of work but, on a more profound level, the quiet strength that she finds within herself is also wrought across the faces of works such as Blue Hair Muse.

Gitana VII takes its name from the Romani women of her adopted Spanish homeland and, appropriately enough given their nomadic lifestyle, Miss Van started painting this series while herself travelling in San Francisco in 2017. The painting’s pyramidical composition and the subject’s composed posture conveys the impression of a warrior queen; while her clothing, such as the feathers worn in her hair, reference the cultural attire which the artist has assimilated into her consciousness while travelling the world. Taken as a whole, the work suggests both freedom and independence in equal measure.

The exhibition continues in the gallery’s lower floor with a series of prints and drawings and it runs has been extended until 29th May 2021 at Dorothy Circus Gallery, 25 Connaught Street, London, W2 2AZ. 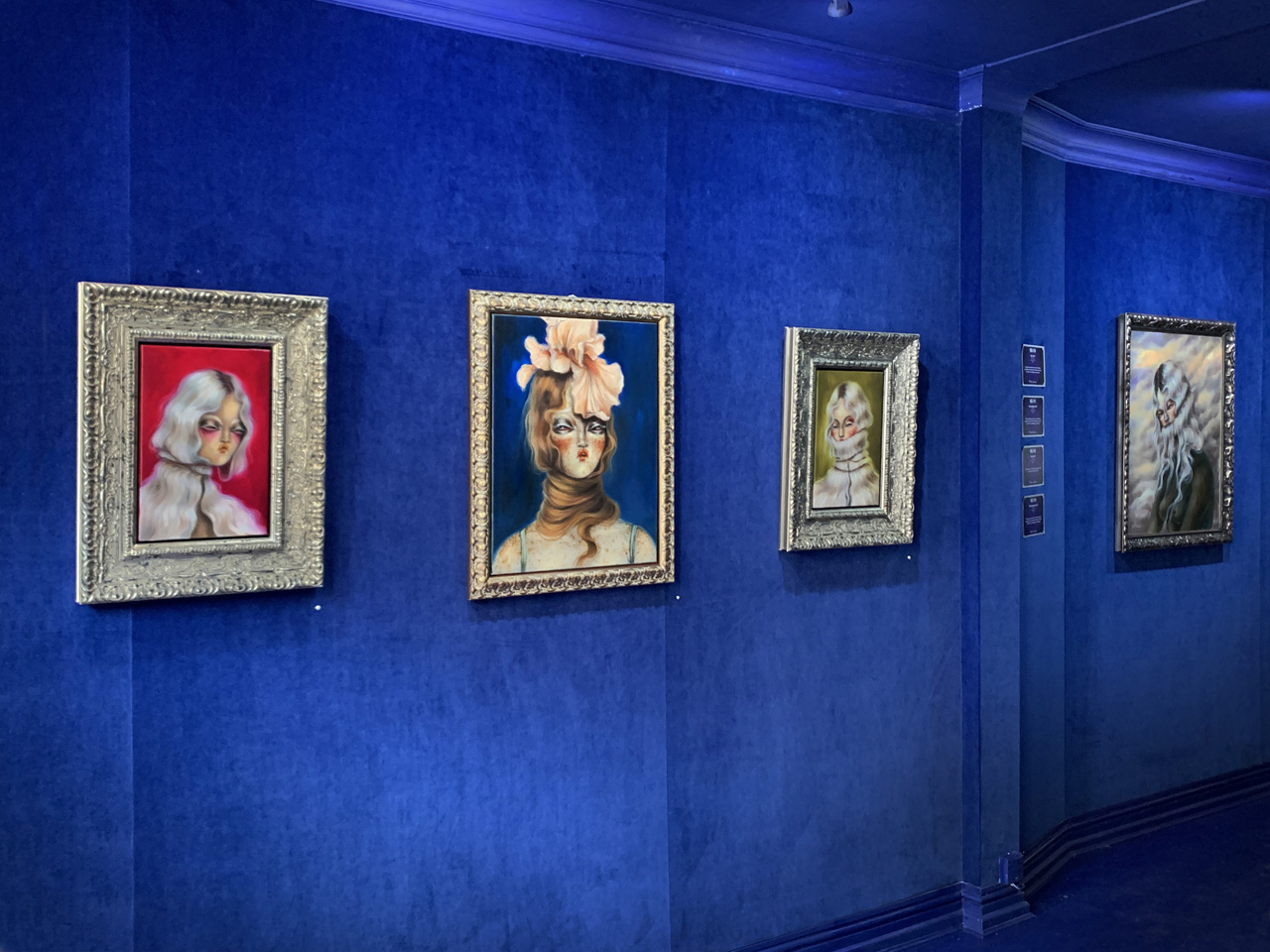 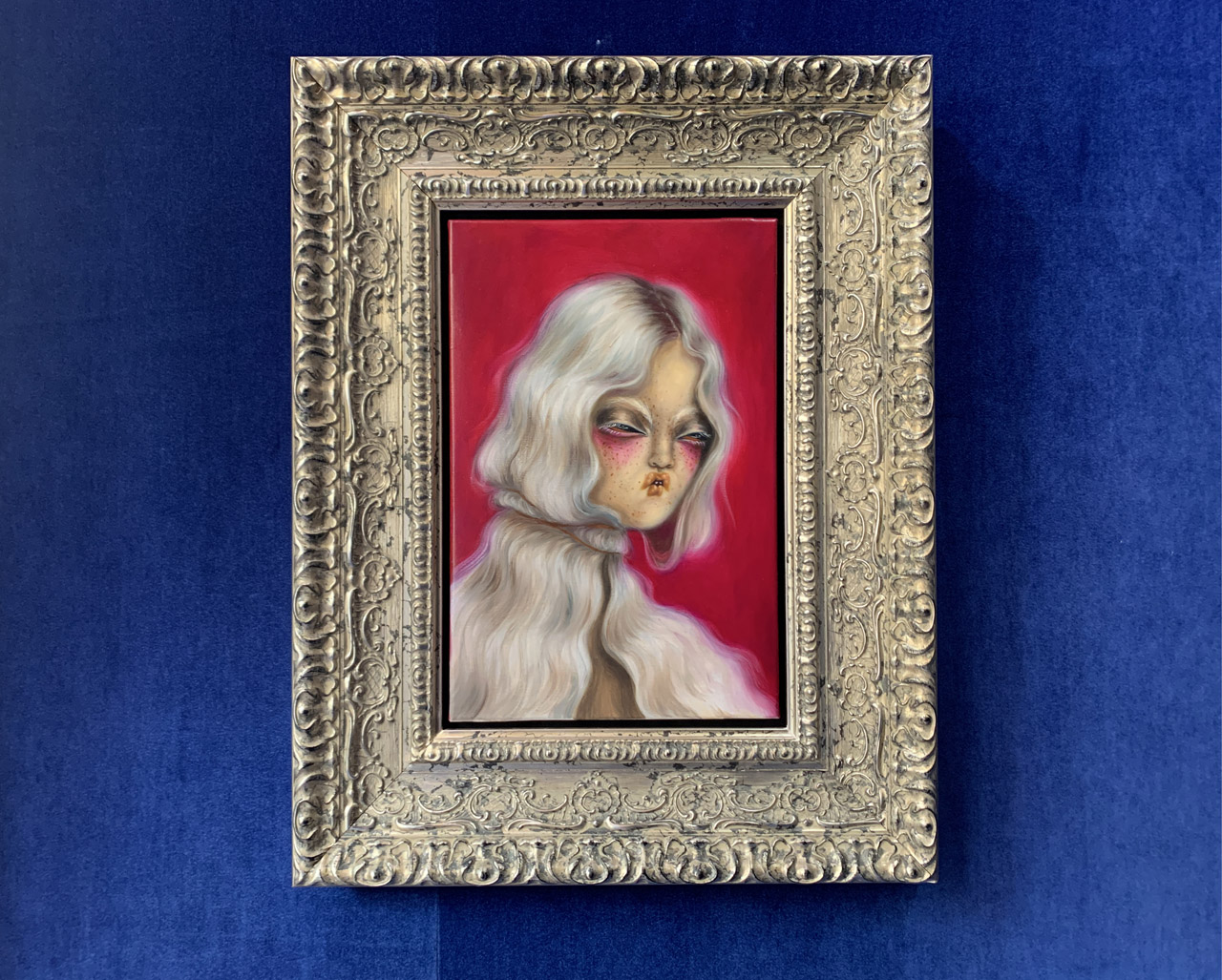 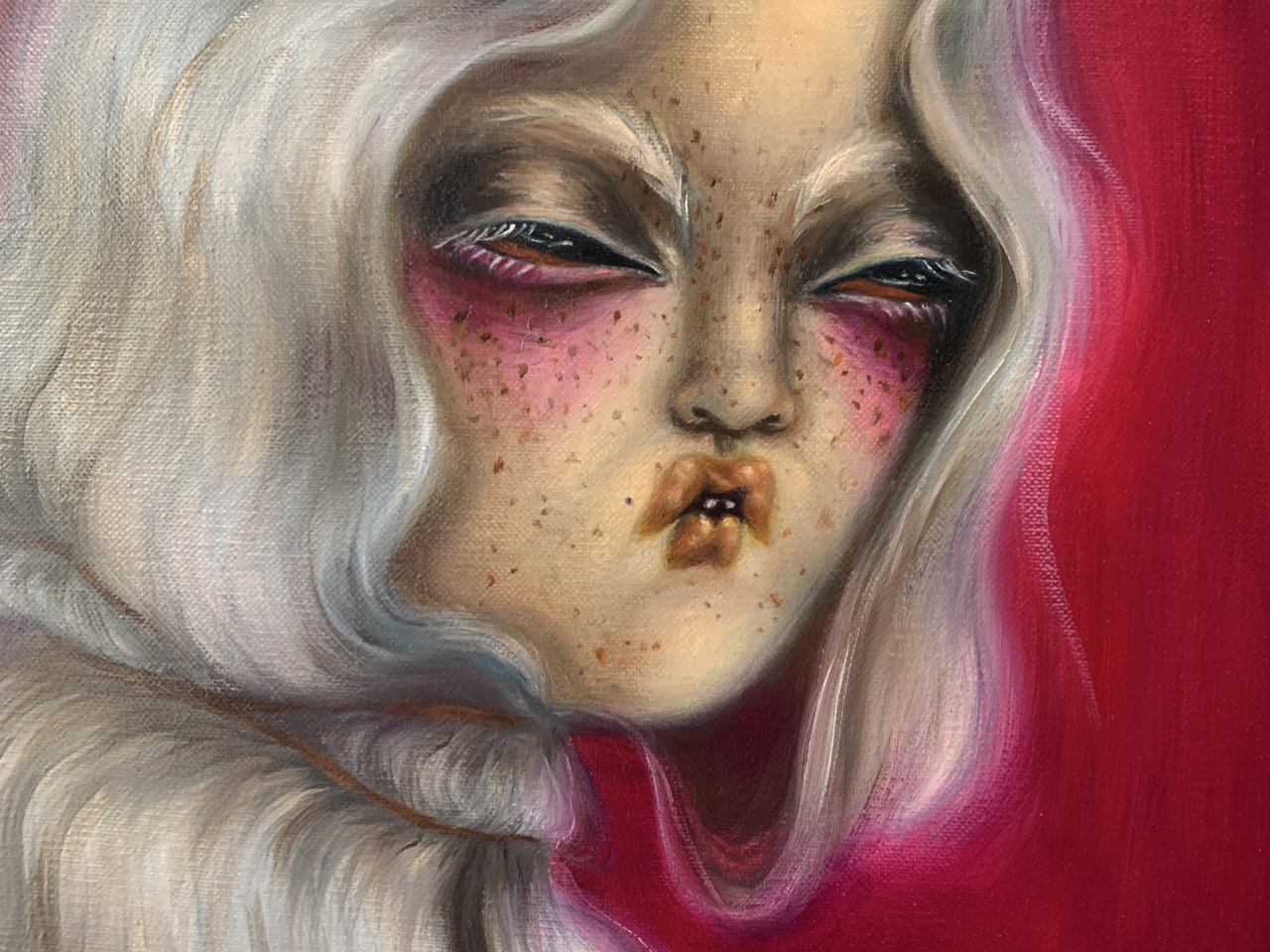 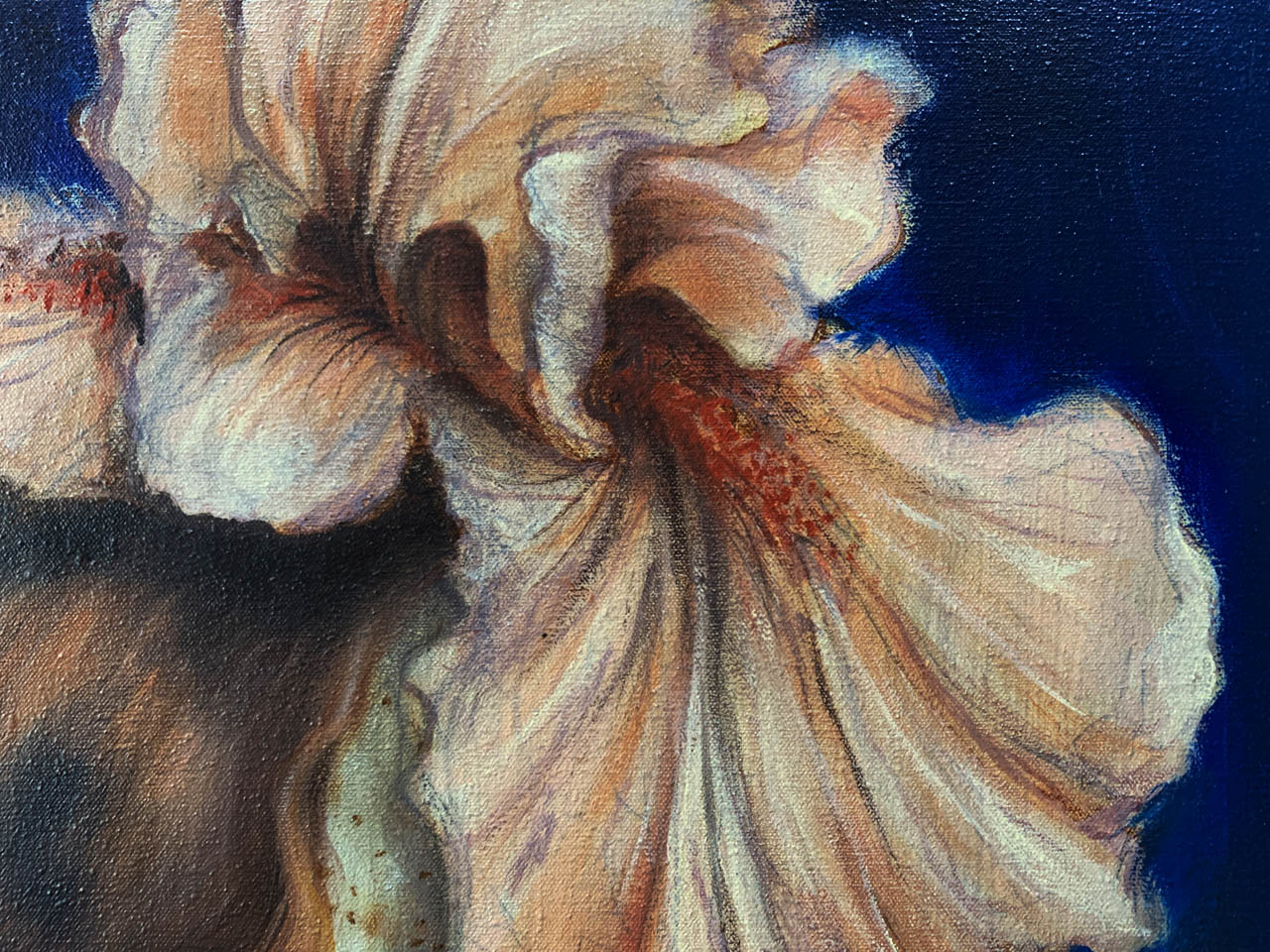 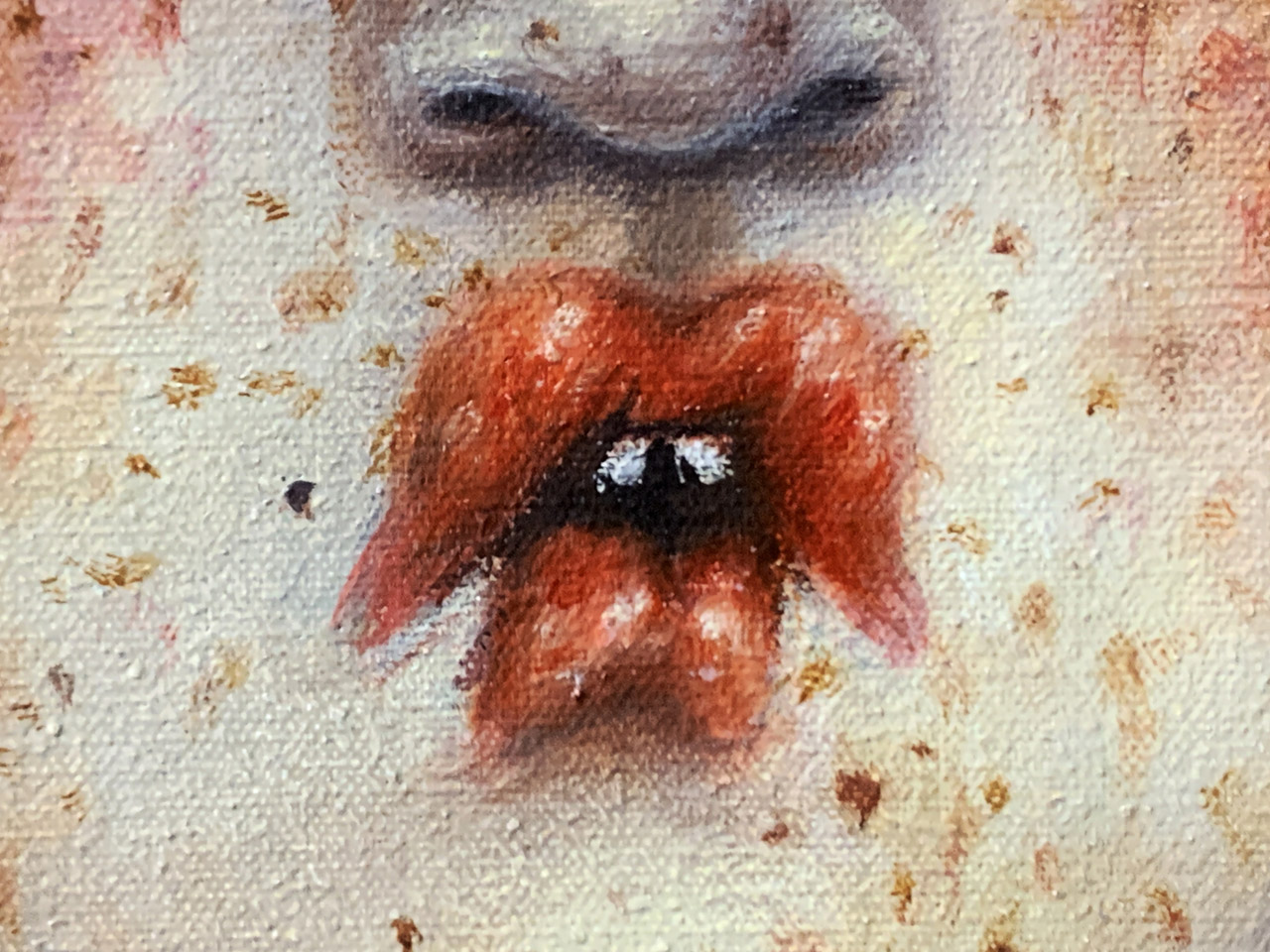 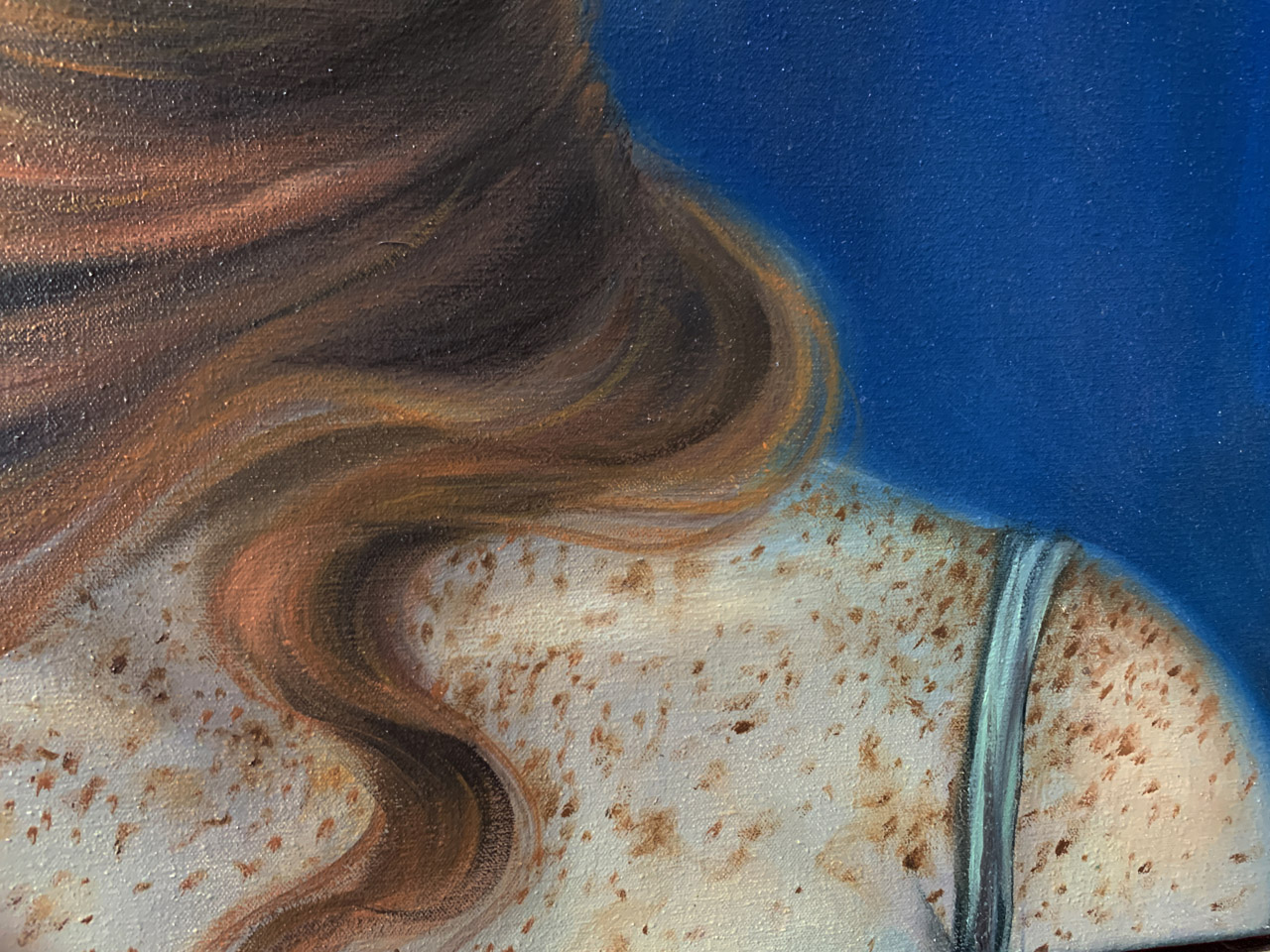 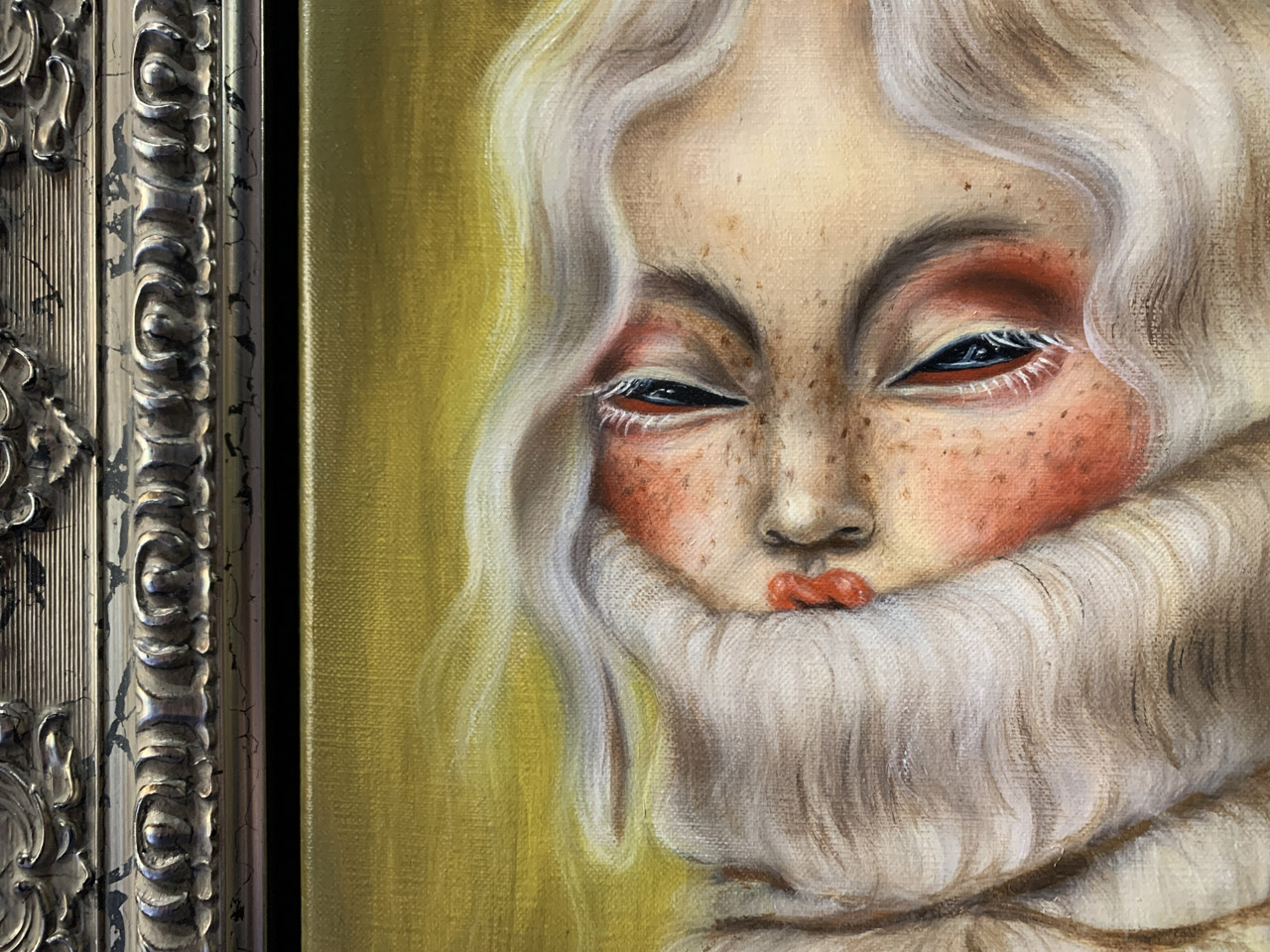 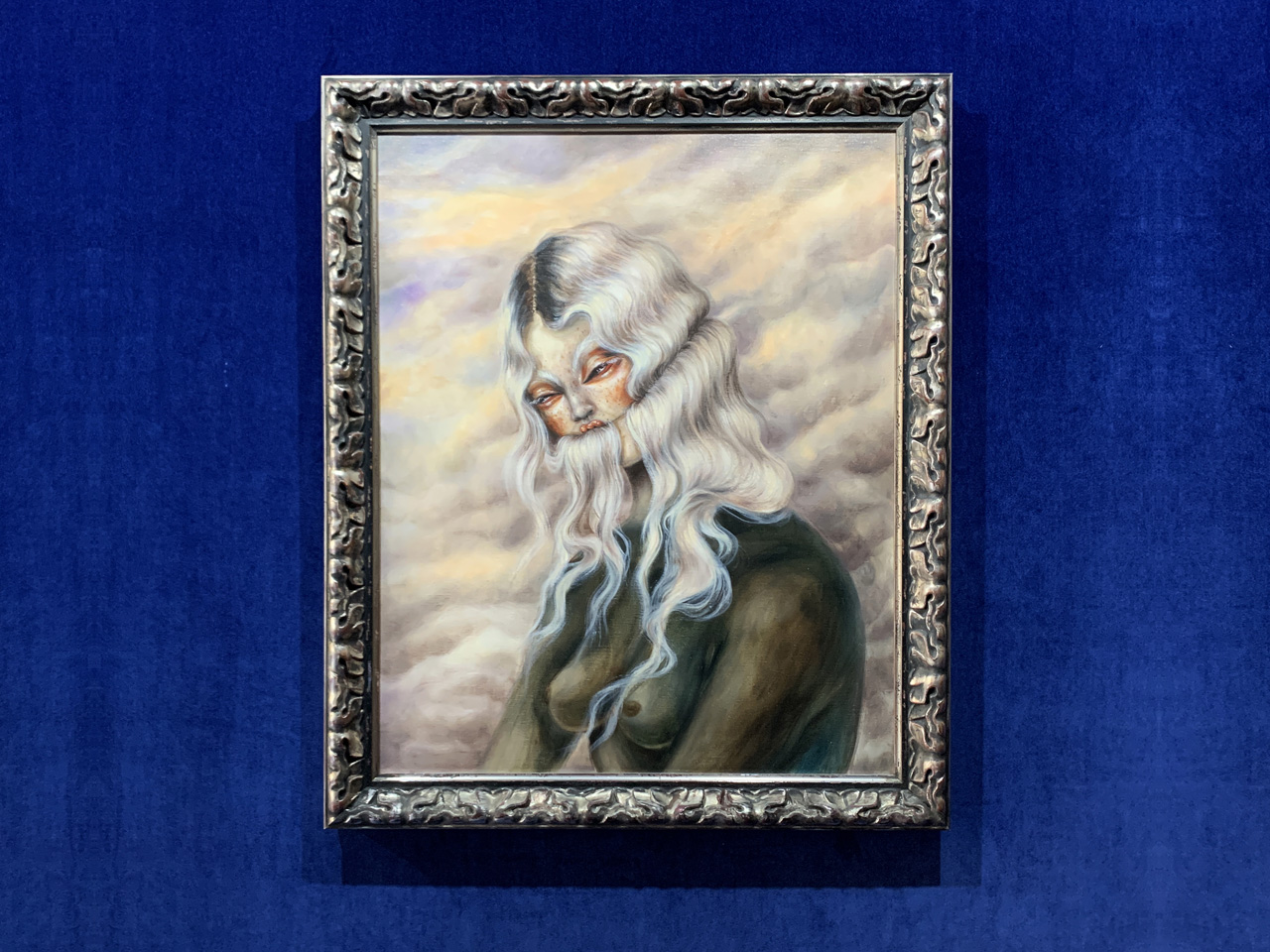